Love it or Loath It

I thought I'd take advantage of the sunshine that we were afforded later in the morning. I did some basic housework then set off heading for the Buccleuch Park. Stopping on the way to take a panoramic shot of the town from Scot's Knowe which is my shot of the day. 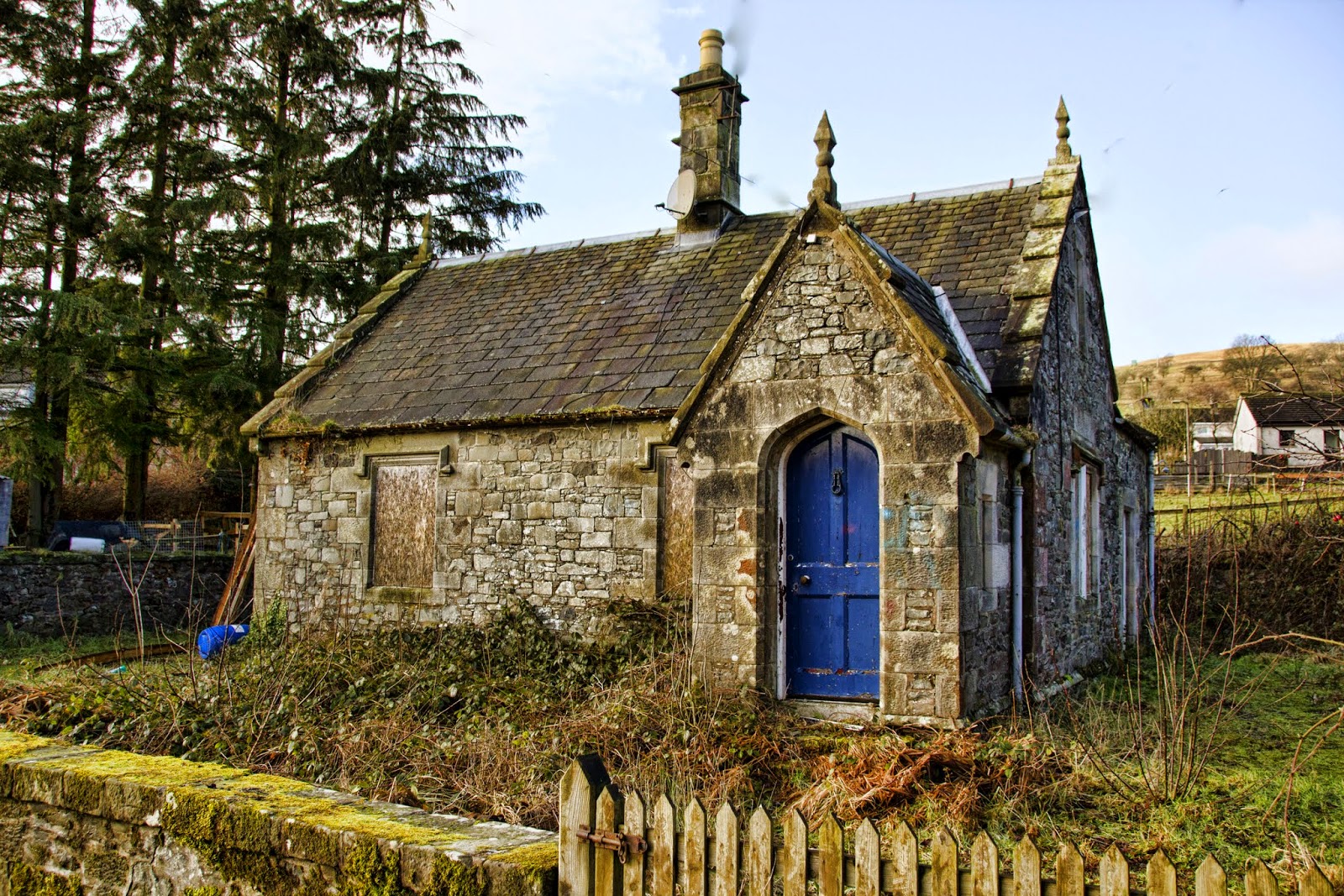 This cottage stands overlooking the town from Scot's Knowe and even though it's in some state of disrepair I think it still retains some charm. 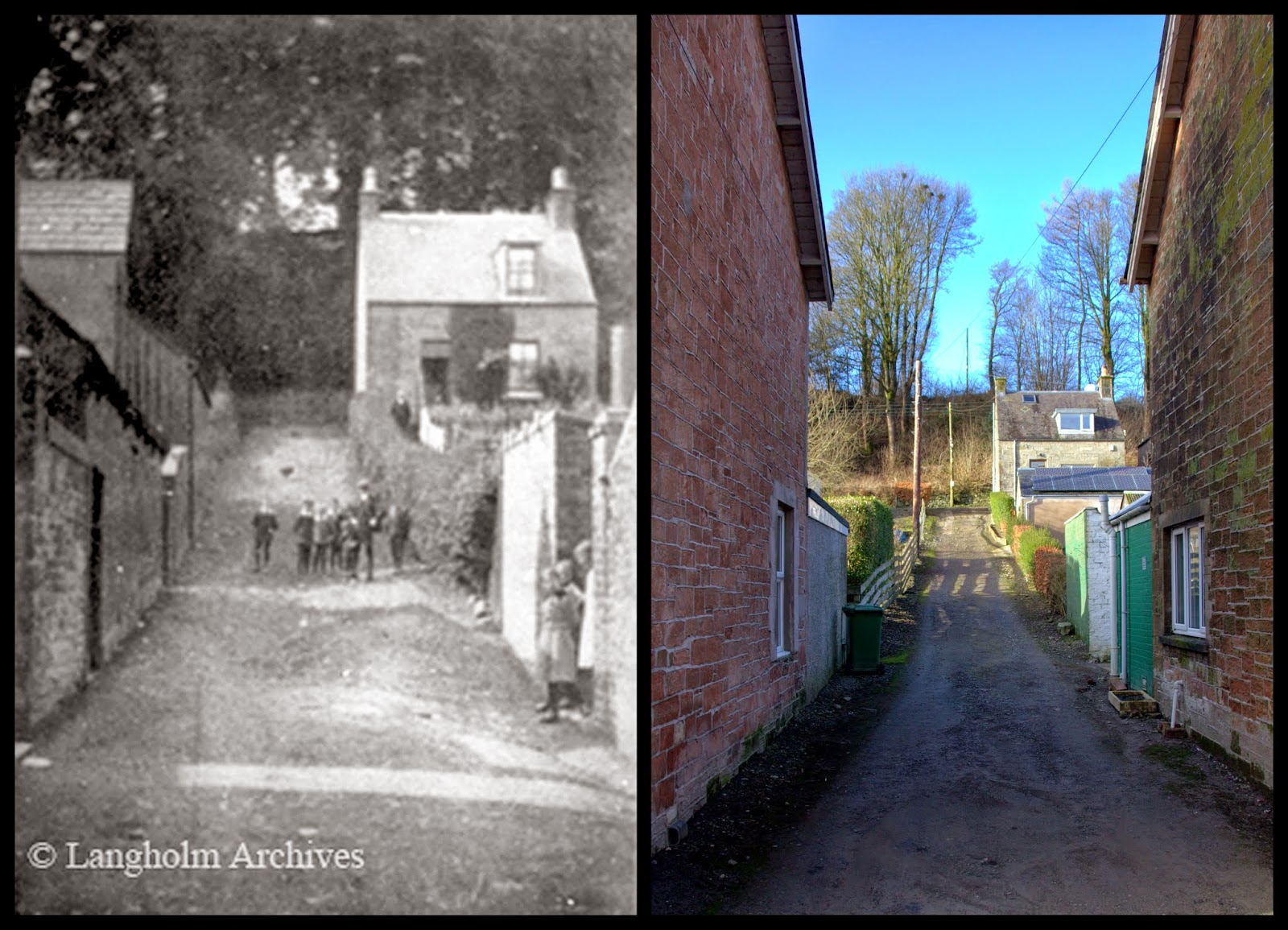 I also took one of Jimmy's Brae to compare it with one from the Langholm Archives.

Passing through the park I noticed the flood marker from the great flood of 1977. More pictures of the flood can be seen on the Langholm Archive link. 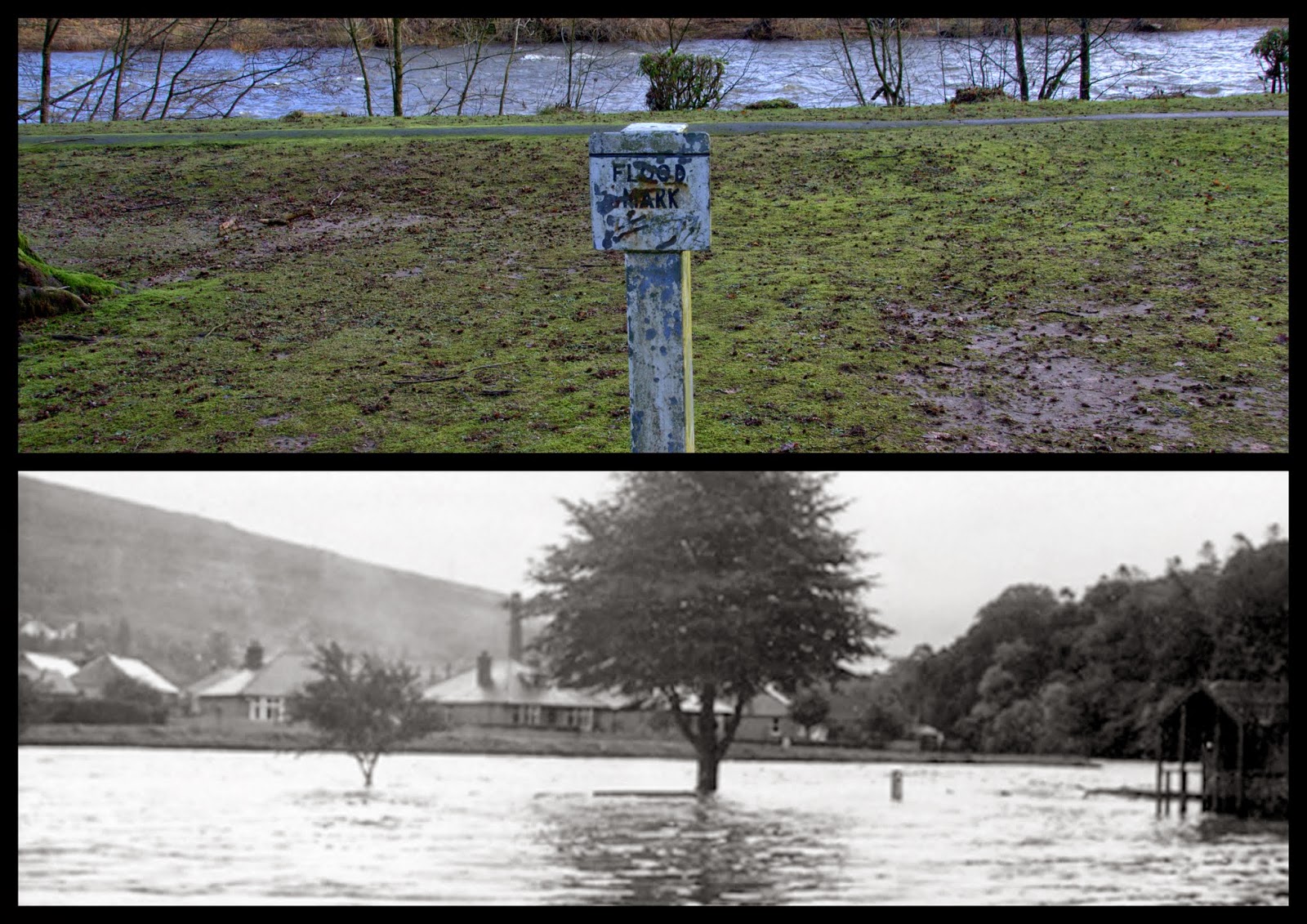 My intentions were to go on the path along the river bank which had just been reopened after a recent land slip. 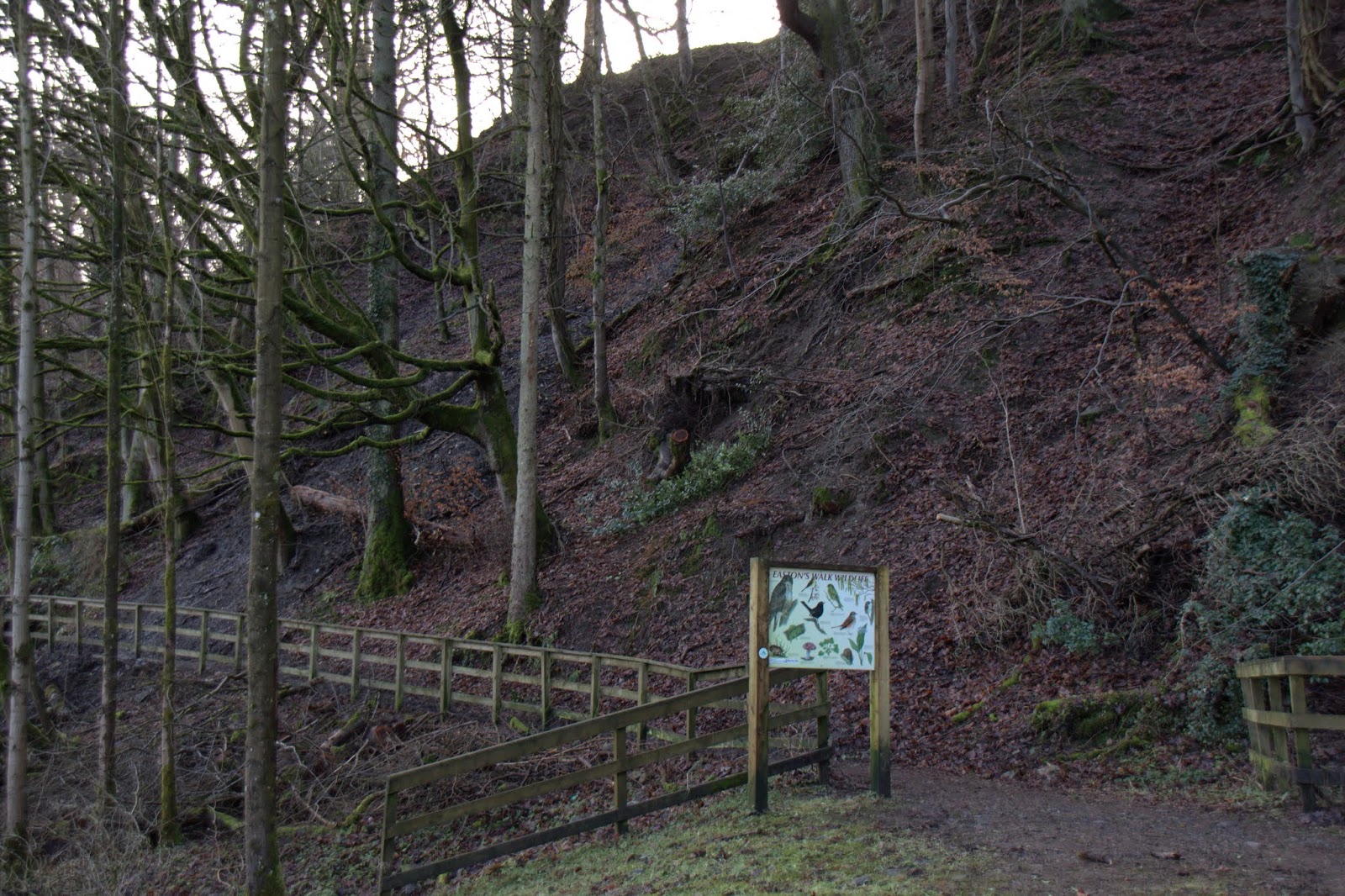 Sadly I don't think it'll be too long before this path has to be closed on safety grounds which will be a great pity as it is a very popular path with local walkers and visitors. You can't help but walk this section with some trepidation as to when the next landslip will be hoping you wont be on it at the time.


After a short walk the bad section opens up to what is known as the Beachy Plains. This is another comparison picture showing the path in 1985 prior to the mature beech trees being felled and replanted. 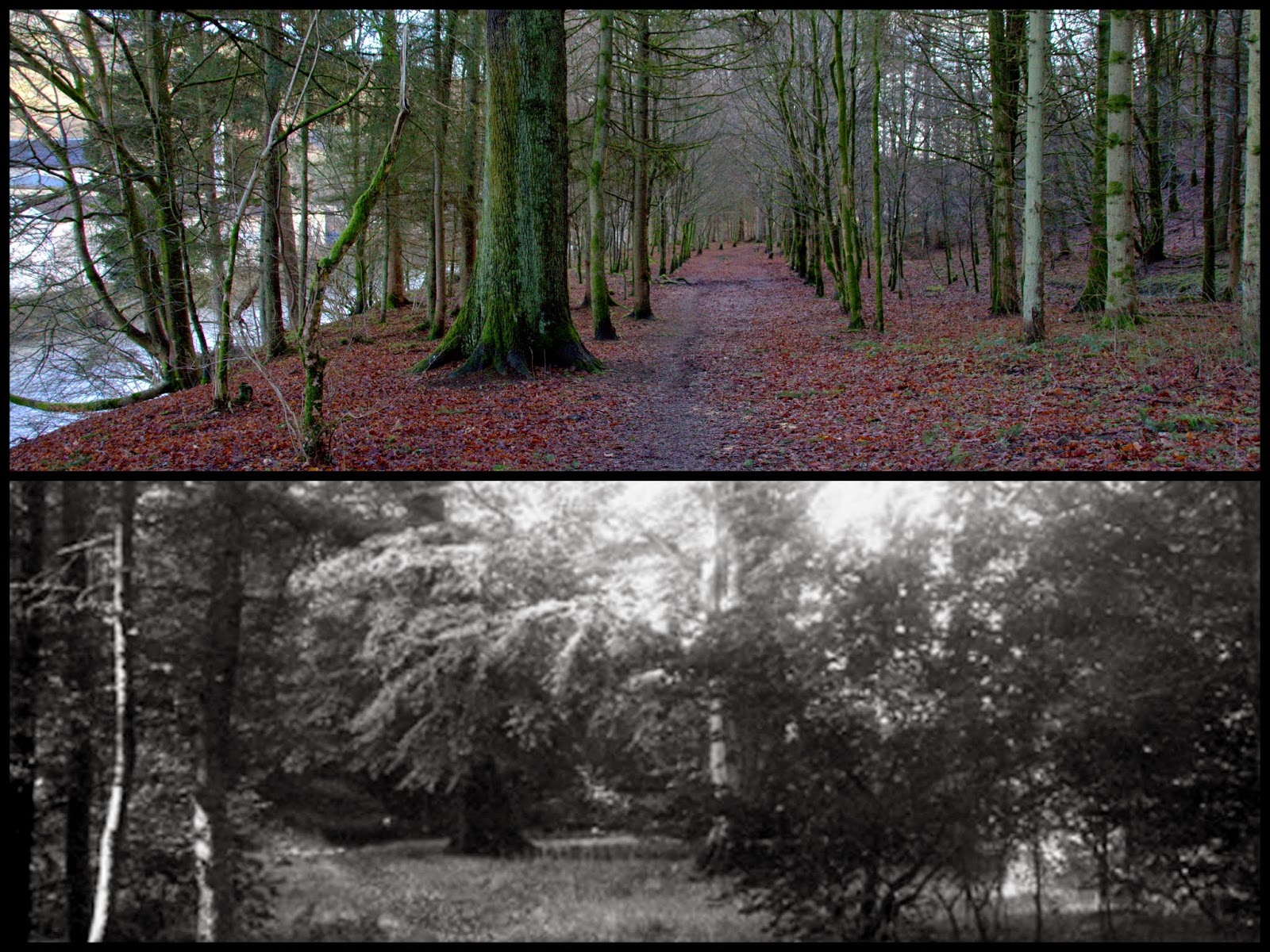 When got to the end of the Beechy Plains I switherd whether to head up the hill and return by the Stubholm or go left towards the Murtholm Farm and Skippers Bridge. 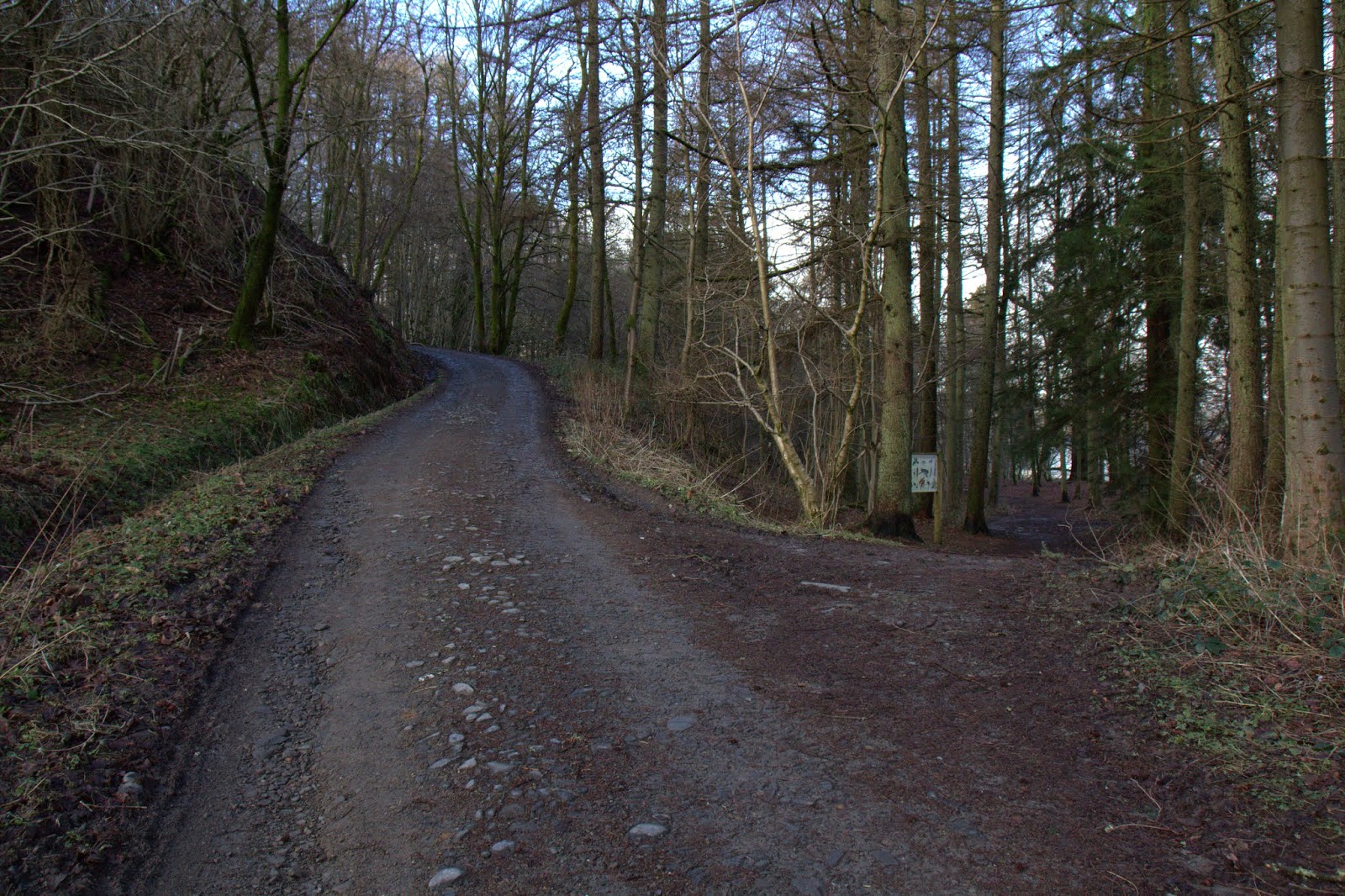 I took a left and continued along the river side on much more substantial track. 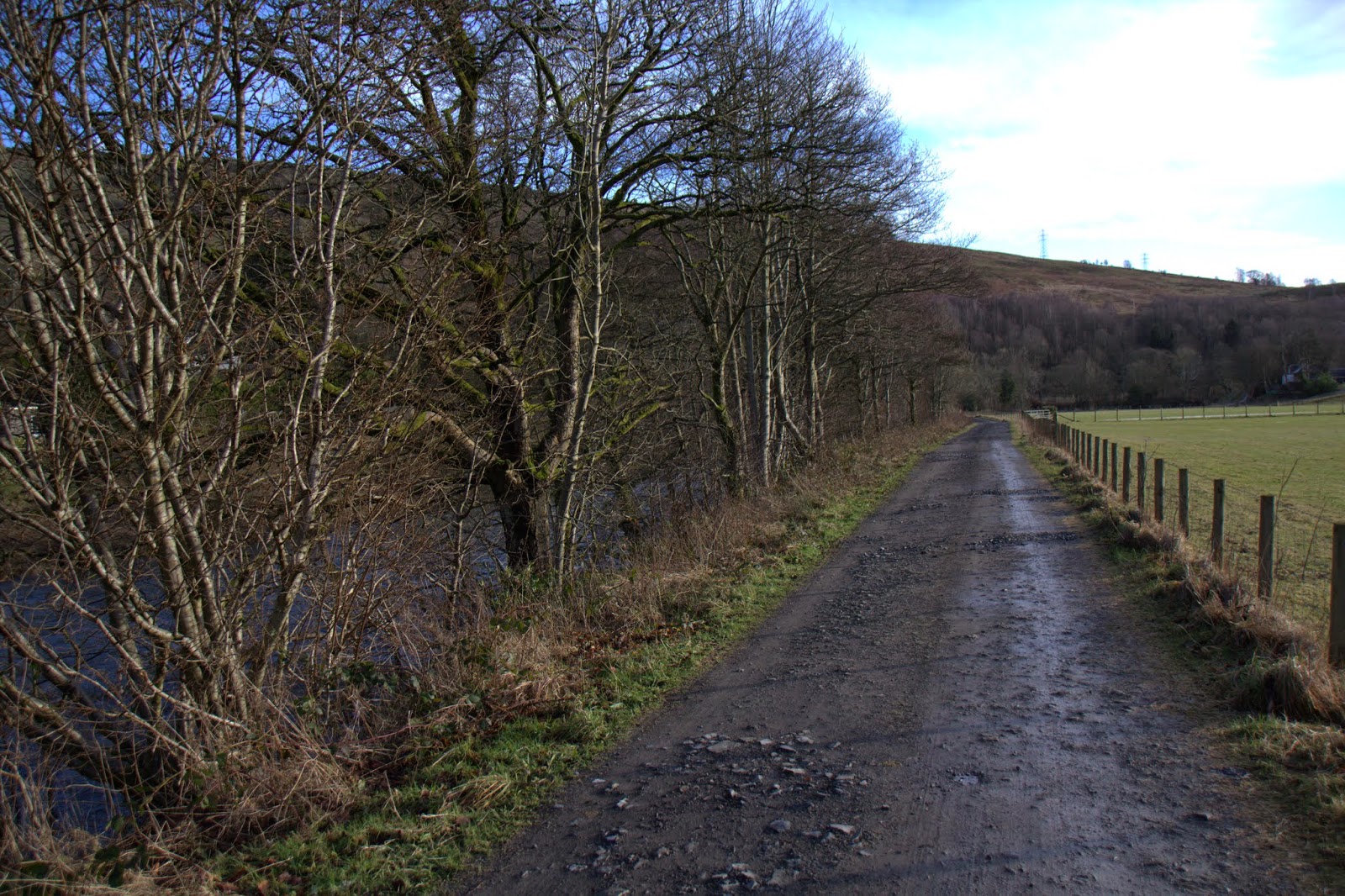 I couldn't help but notice the contrasting architecture of two houses on Hallpath across the river. Both were mill owner houses, one being built in sometime in the 19th century and the other in the later part of the 20th century. Love it or loath it I do think it's a good thing to have architecture that depicts the times we live in and this is a fine example of then and now. 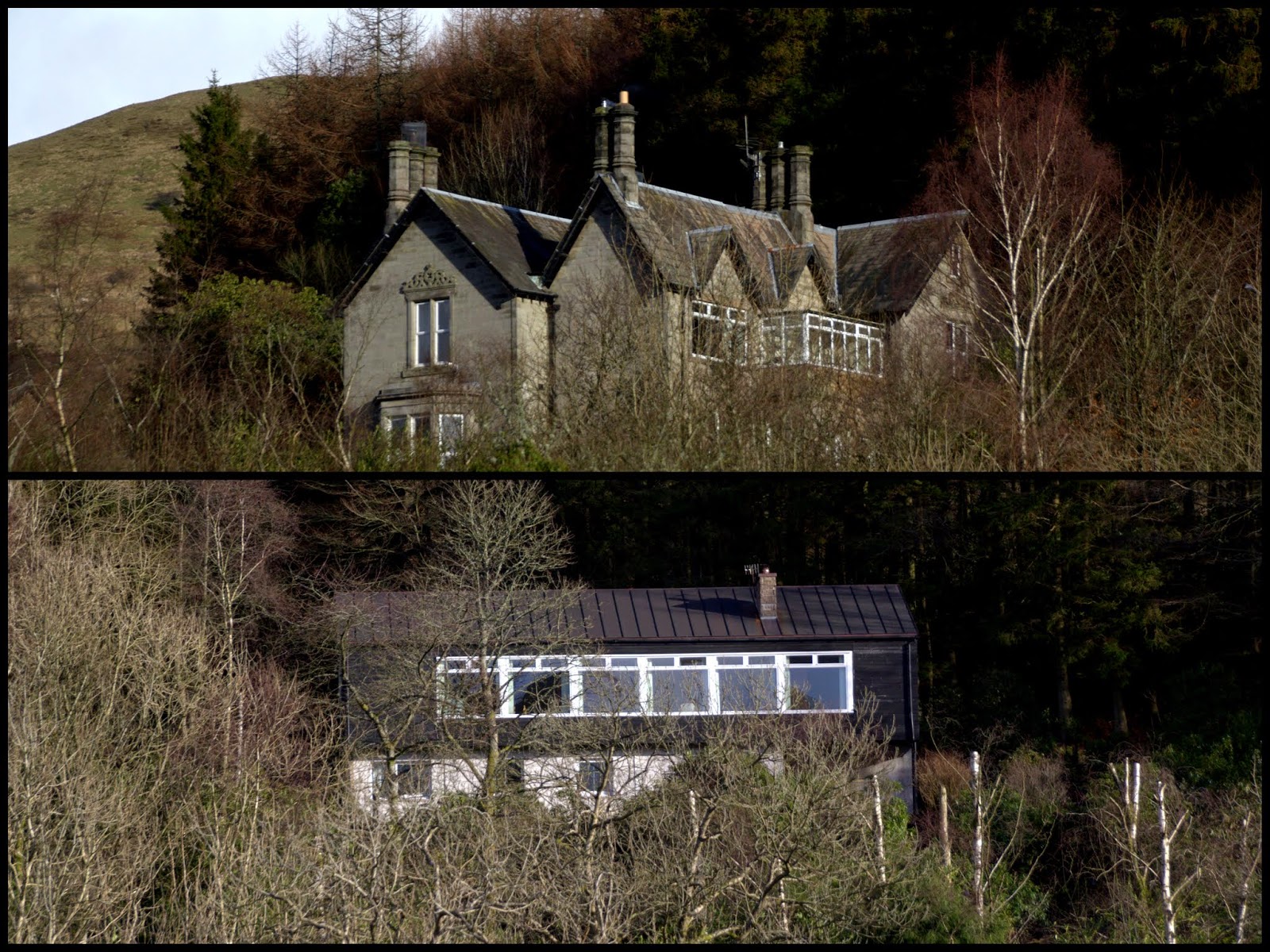 The Skippers Bridge has had a fair amount of water through it's arches recently. 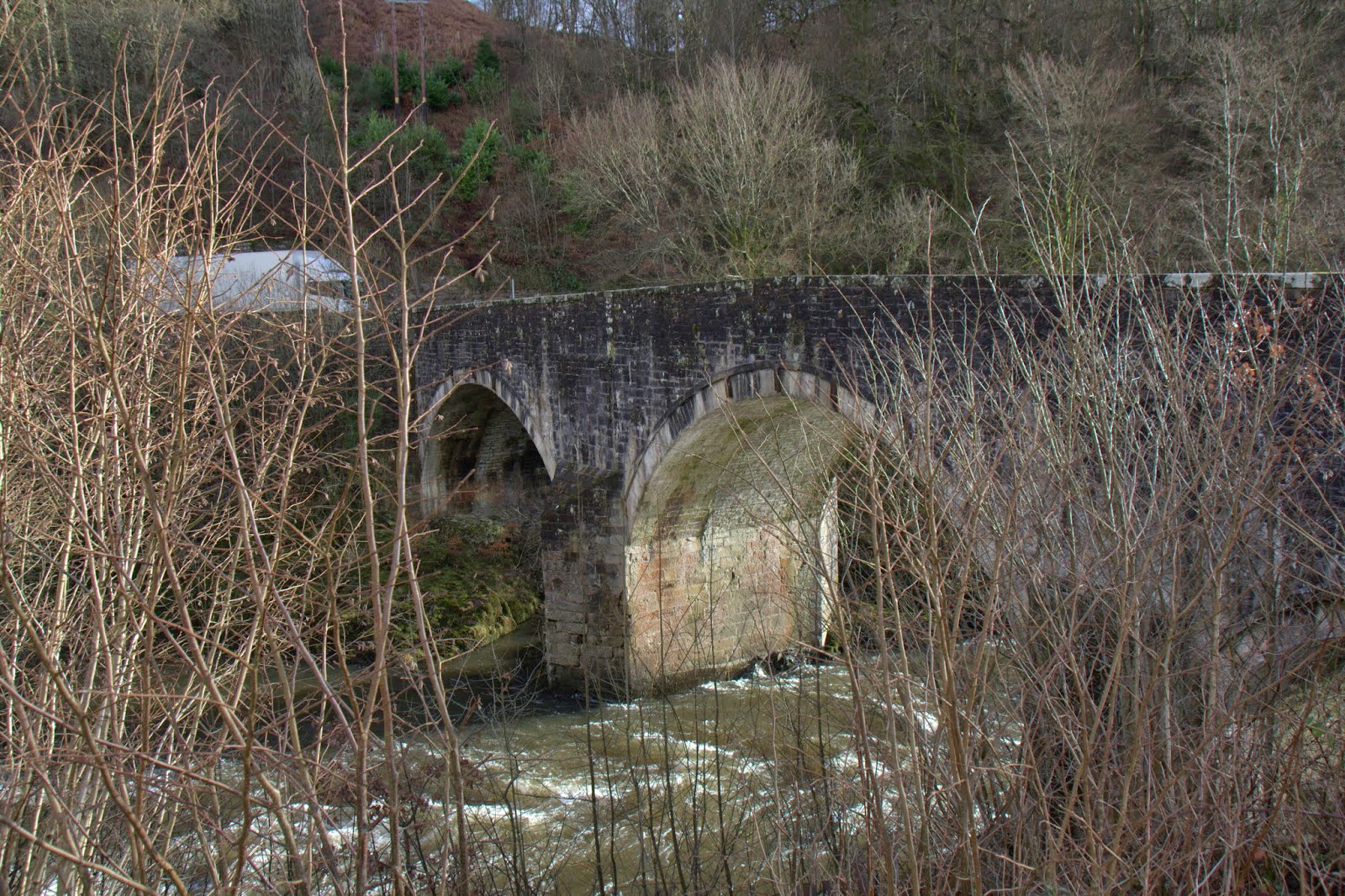 I paused on the bridge to take the obligatory shot of the old distillery when I noticed some rather stormy looking clouds heading down the valley towards me. 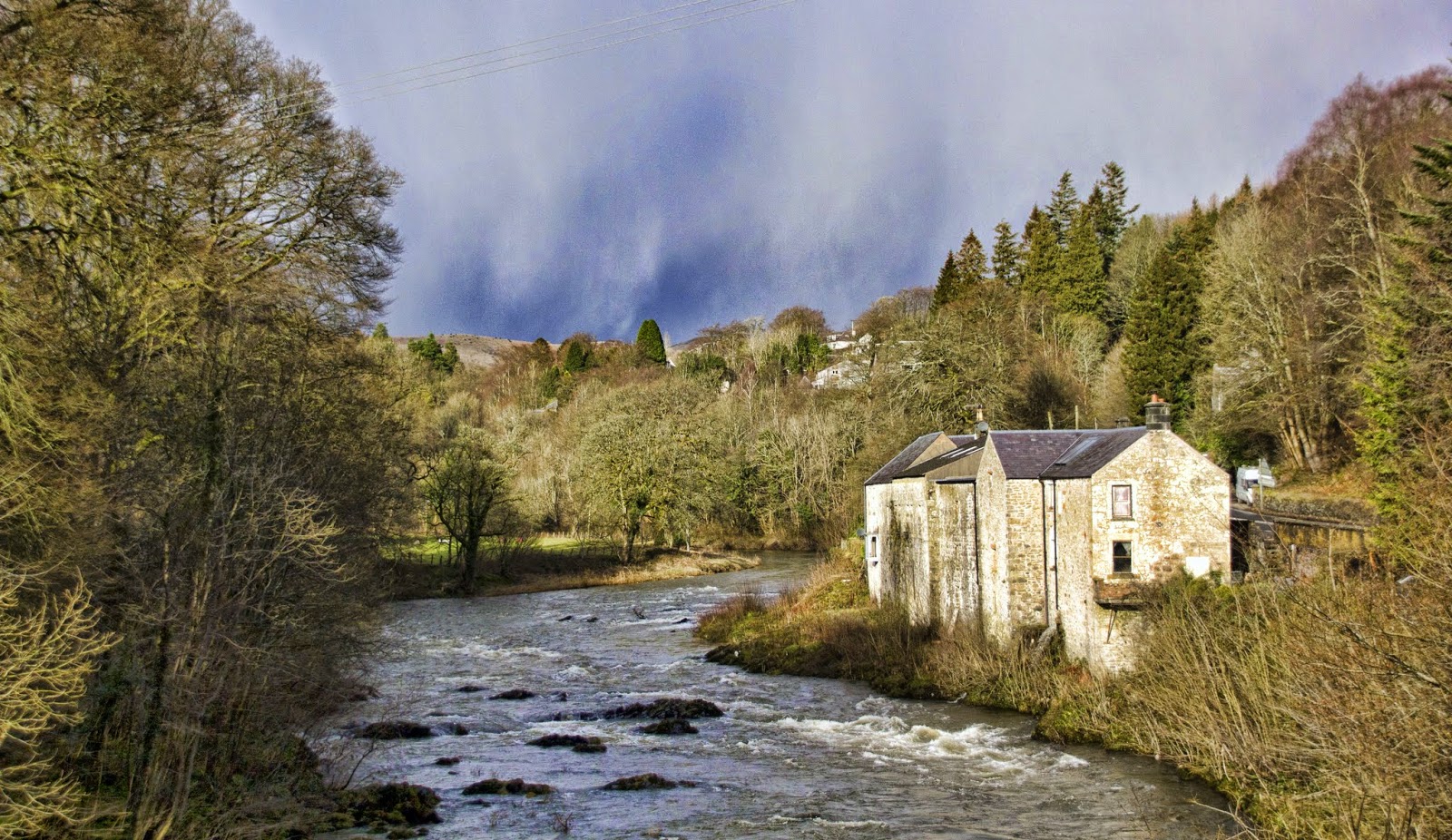 It was as well I was homeward bound from that point as I was well and truly caught in it as I crossed the Suspension Bridge. Rather than go straight home I stopped of at the Buccleuch Centre for a light lunch of  delicious butternut squash soup and a cheese savoury sandwich. 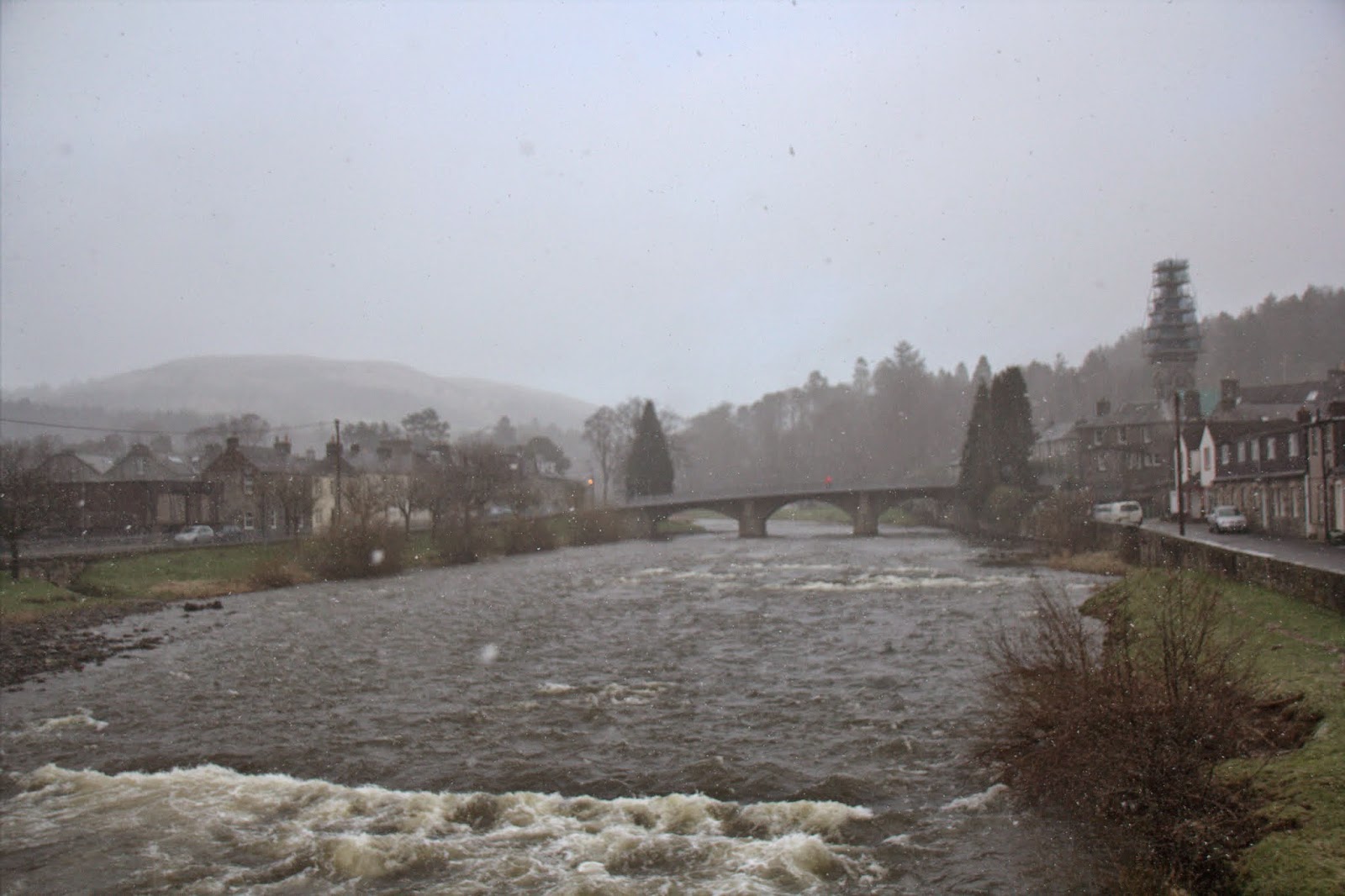 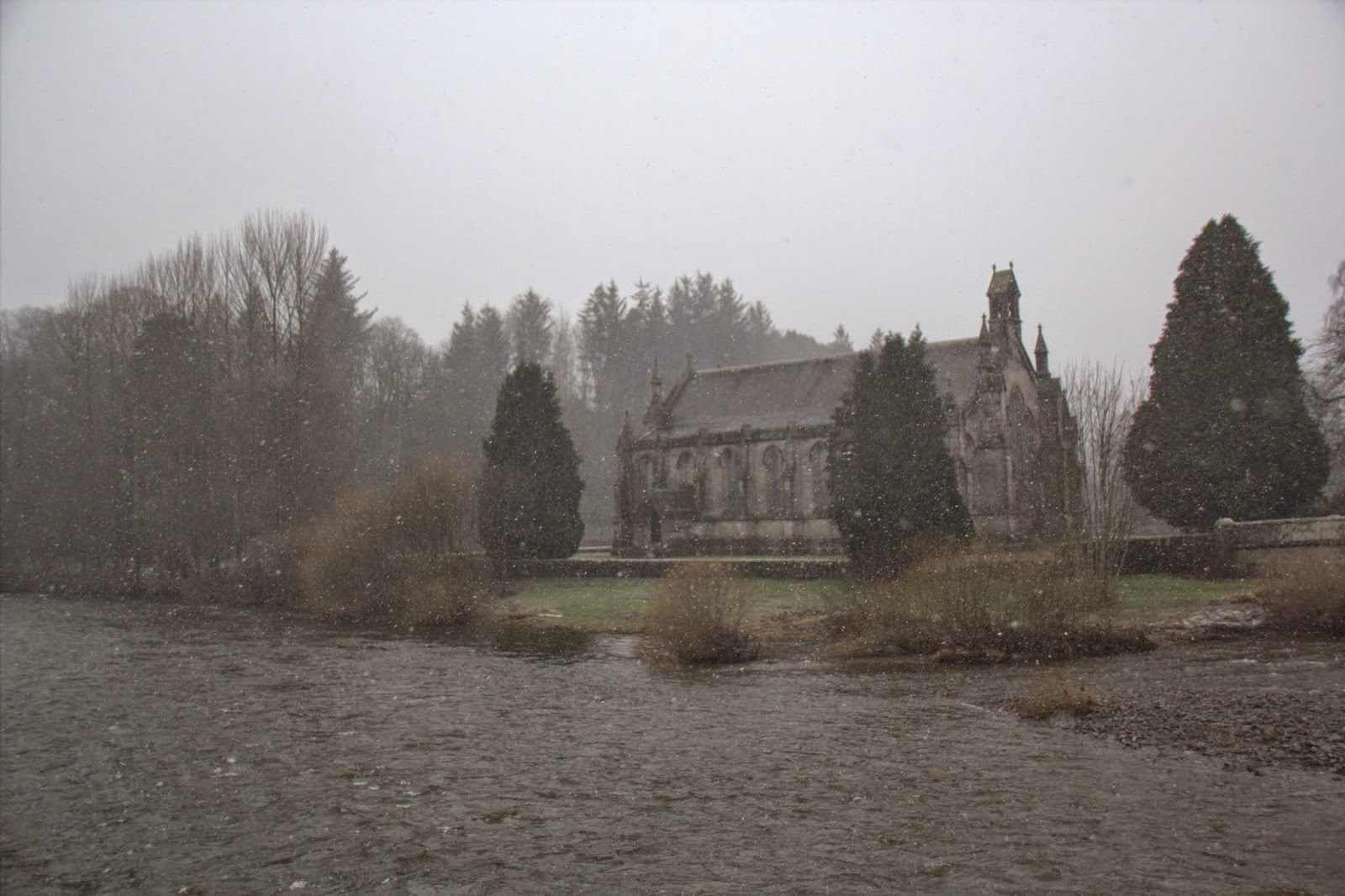