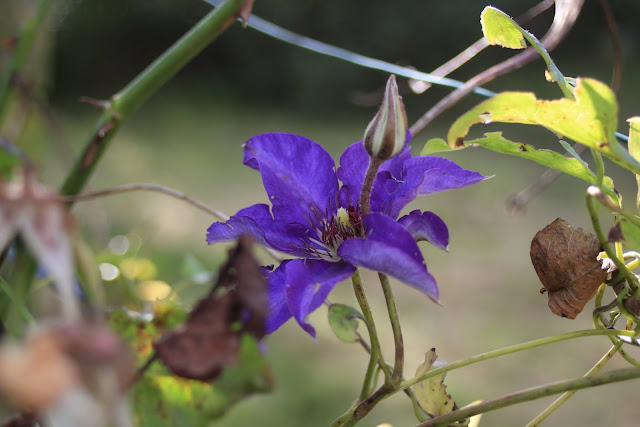 Whilst I was going through some old photographs I came upon one of the garden that must have been taken in the early 1980's.

Obeying Instructions
I was quite amazed at the changes that have been made over the years. As we live on a hillside there is 14 steps up to the house and  a further 5 to the garden at the rear so this meant everything had to be hauled up by hand. This was OK when one was much younger but well worth it when I see the transformation of the garden over the years. Mrs Gill was instrumental in the garden design and wasn't afraid of a bit donkey work either. We work well as a team as long as I'm obeying instructions.

Dull and Overcast
It was dull and overcast when I got up  this morning, even so it was a great contrast to yesterdays torrential thunder showers. Didn't manage to get out with the camera but I could see from Tootlepedal's blog some of the damage that had occurred.

Problems
By lunch time the sun was out and this allowed for a stroll round the garden. We have been having problems with a black cat lately. It was hiding under the arbour seat and helping it's self to any bird that came within striking distance.

This meant drastic measures had to be taken.

I'm afraid to think how many birds it got as they have been very scarce at the feeder this past week. There has been no sign of the woodpeckers or nuthatch for a while, hopefully they have retreated to a safer environment. 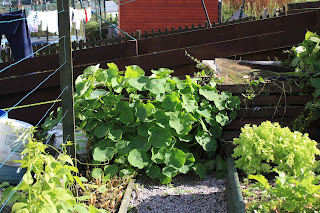 Tidying up
After lunch I spent some time tidying up around the garden and adding to the compost bin. The nasturtium seed that has got into last seasons compost has sprouted and makes a good cover for one of the bins.

Patch from next door often pops his head over the wall to enquire what is going on and hopefully for a titbit or two. 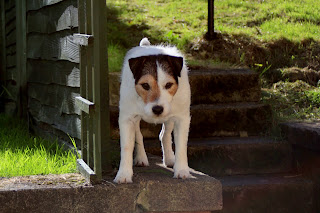 A Mundane Blog for a Mundane Day
The rest of the day was spent rather mundanely wandering about the garden taking the odd photo here and there to blog.

This clematis is looking rather sad and the worse for wear, it is usually  a mass of purple flowers. Probably due to the wet Summer we are having or just getting old and needing replaced. 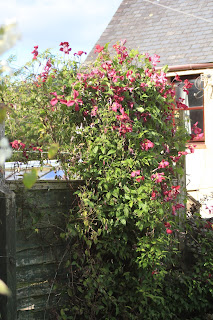 This one is fairing a bit better even though they are planted next to each other. It's been a funny summer as far as plants go, the inclement weather we have been getting can devastate some plants but have little effect on others. What I have noticed is that there is more green growth due to the amount of rain followed by the odd hours of sunshine.

The butterflies have made a welcome return once again. They have such a erratic flight path but always seem to get to where they are going.

If you want to see more check out the slideshow.

A new follower
I've just noticed I've got a new follower, Epiacum. This is from an ex colleague at Carlisle College,  Elaine Edgar. Elaine and her family own Castle Nook Farm near Alston on which sits the site of  Whitley Castle (Epiacum) which according to Elaine, is probably one of the best preserved Roman forts in the western world, but because it is just a little way off Hadrian's Wall it has gone unnoticed until now. I fully intended to visit the site with Mr and Mrs Tootlepedal during the summer break but due to circumstances and weather this hasn't materialised so hopefully something can be arranged in the near future.
Posted by Sandy at 13:00