A Contrast in the Weather

There was a great contrast in the weather compared to yesterdays sunshine we were graced with snow falling moderately for most of the day. As I had some on-line college work to do I thought I could combine it with the feeder cam and camera, I could work in the comfort of my living room occasionally looking at the screen taking photos at leisure. 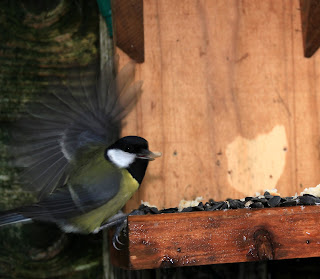 "this is my good side guys" 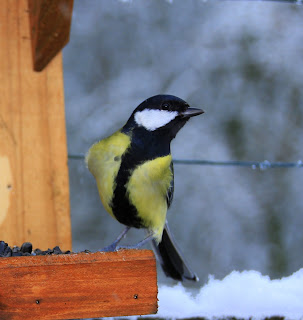 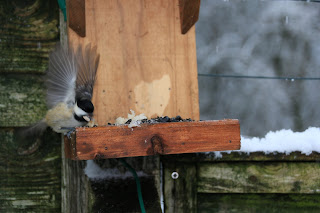 Earlier Malcolm phoned me to enquire about the weather as he and Carole intended coming up to the Moorland Feeder Station. I advised him against it was a long way to come to sit in the freezing cold with the possibility of not seeing very much.

Having had enough of the on-line module I had a run up to the feeder station but only stayed  a short time as there was little to see and it was starting to snow quite heavily. 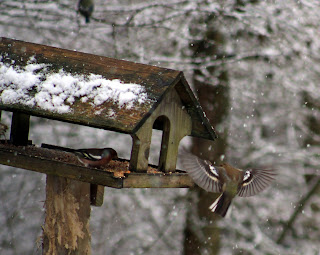 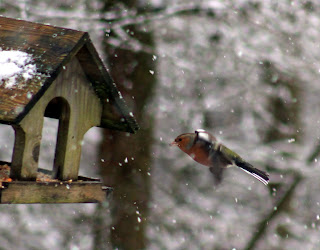 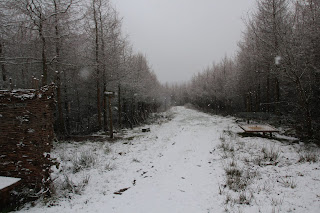 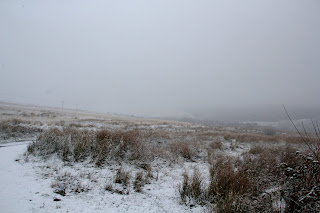 When I got back into town the snow wasn't quite as heavy so I parked at the Kilngreen with the intention of walking round by Holmhead.

There was a welcoming party to meet me when I arrived

I was given a flypast. I felt very important 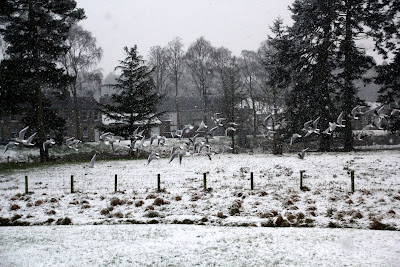 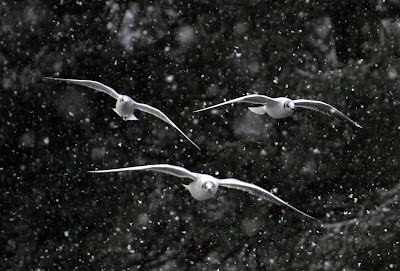 I headed off over the Sawmill Brig 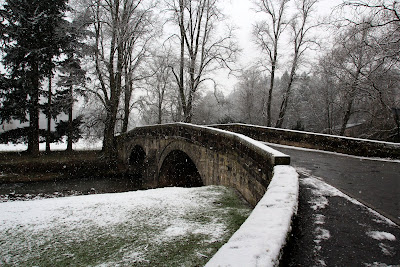 It' amazing how much shelter this tree gives the ground around even though it's bare of leaves. 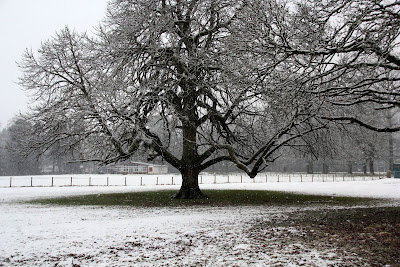 I like he way that the snow enhances the branches 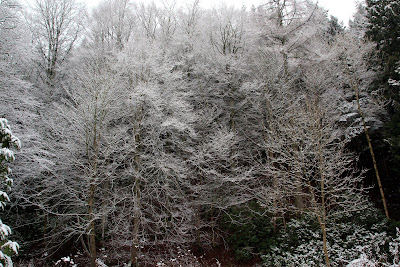 Looking rather bleak on Timpen 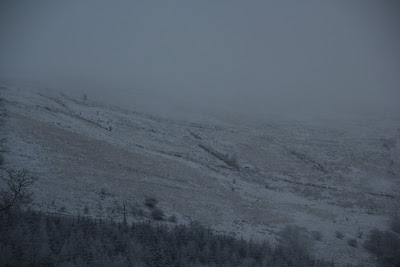 As I went I took various photos that took my interest. I noticed a padlock and chain on a post the looked quite promising for an arty shot. Once again I realised that a tripod is necessary for this kind of photography. 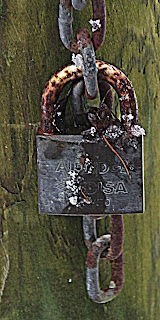 As I crouching in different position to take this arty shot I saw a figure approaching, to anyone else I would have looked quite strange bobbing up and down but I needn't have worried, it was Mrs Tootlepedal out to enjoy a preamble herself and she is used to Tootlepedal and myself's camera antics. 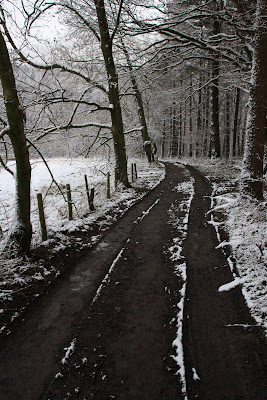 After a short while I was caught up by David "Big Deev" McVittie. Big Deev is a fellow photographer but on more of a professional level than Tootlepedal and myself. He told me he was out exercising as he needed to loose about four stone by April. Bearing in mind David is a big chap at any standards standing at about 6" 6". He told me he was on a Herbalife Diet which involves drinking high protein milkshakes throughout the day and a decent meal in the evening. 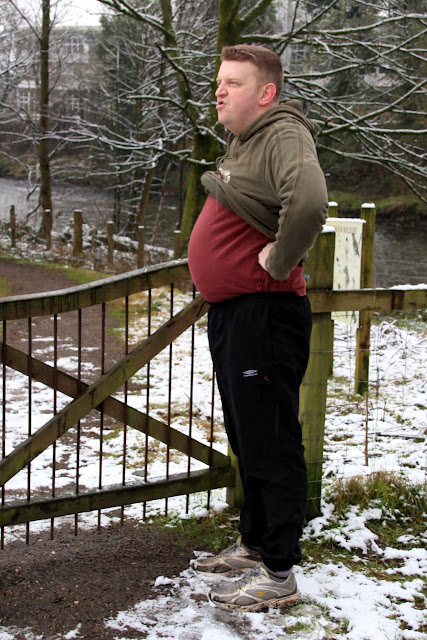 We carried on back to the Kilngreen where we parted, me to head for home and David to prepare to go to the Eskdale Hotel where he was going to celebrate his daughter's birthday with a steak and chips. I wish him good luck with weight loss regime.

Email ThisBlogThis!Share to TwitterShare to FacebookShare to Pinterest
Labels: 2013, January, Photography, Shot of the Day, Walks