Glad to be Back

My shot of the day was taken a few weeks ago as I returned from  Hen Harriers watching on the Langholm Moor.

My blogs have been non existent since the new year. This is due to a number of factors but the main culprit being laziness, Tootlepedal reckons too much Candy Crush.

Today was good gardening weather and I made the most of it by mowing both the front and back lawns and seriously attacking and taming an over grown flower bed. Satisfied with my efforts I thought a stroll would loosen up my over worked muscles. I gave Tootlepedal a ring to see if he would like to join me but there was no reply so I set off intending to go round the Murtholm by way of the Skippers Bridge. My route took me past Wauchope Cottage and I was delighted to discover Mr & Mrs Tootlepedal had just returned from a cycle ride and Tootlepedal was up for a stroll. My planned route suited Tootlepedal as it would take him past the local garage where he had his car to collect on our return. 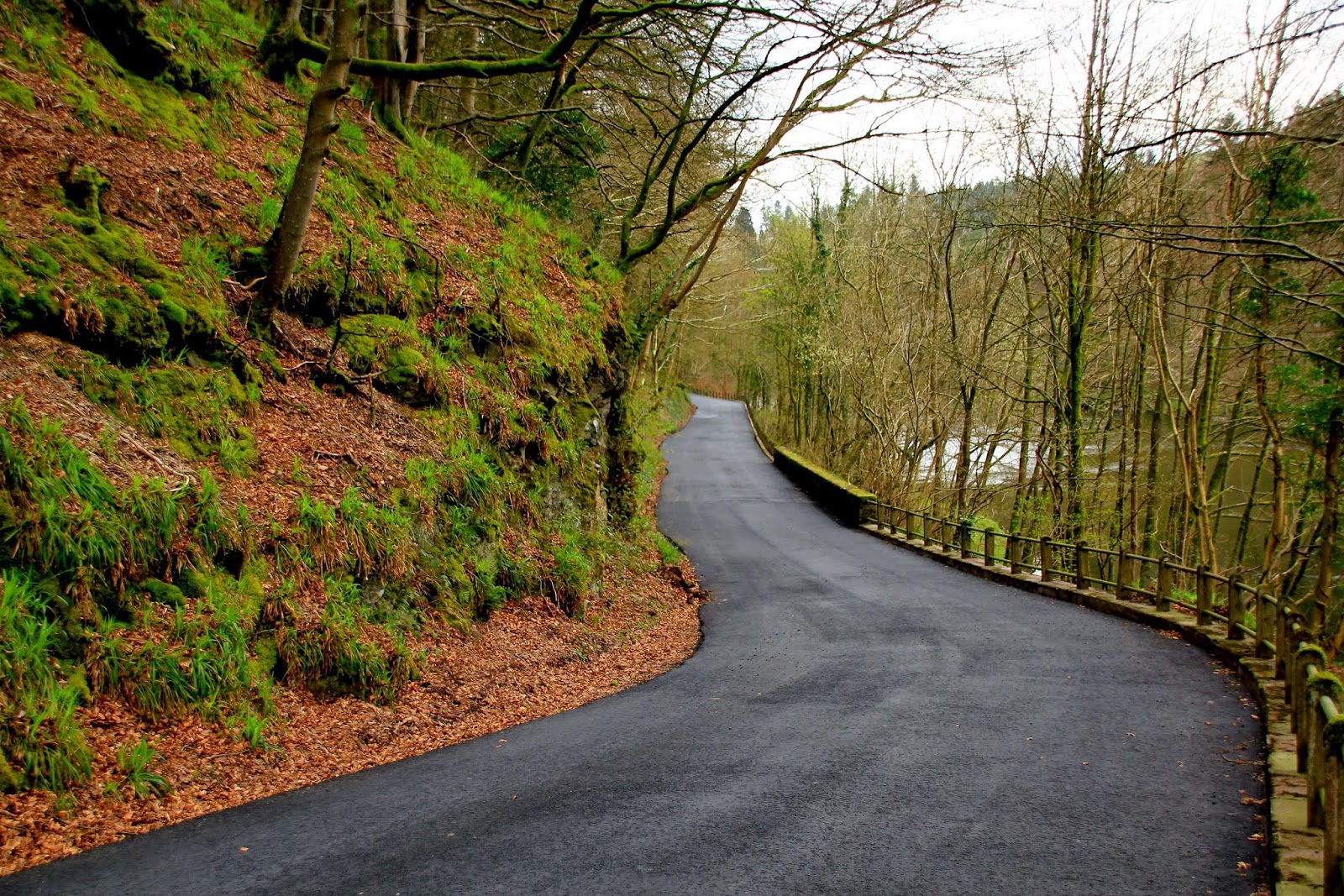 An all too familiar view of the Skippers Bridge and the old distillery. 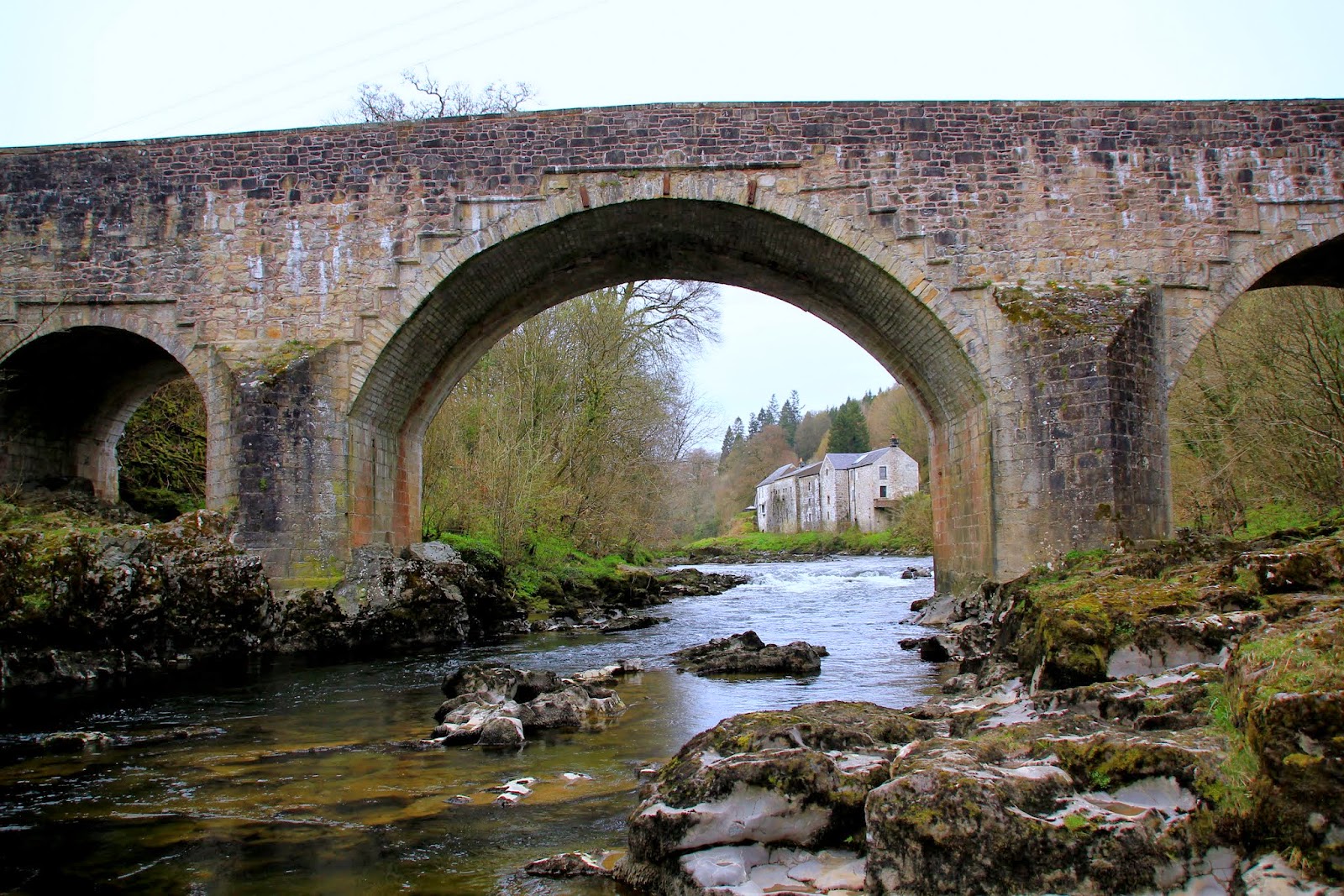 Here you can see where the bridge was widened sometime in the past, the original bridge being the stone work on the left of the picture. 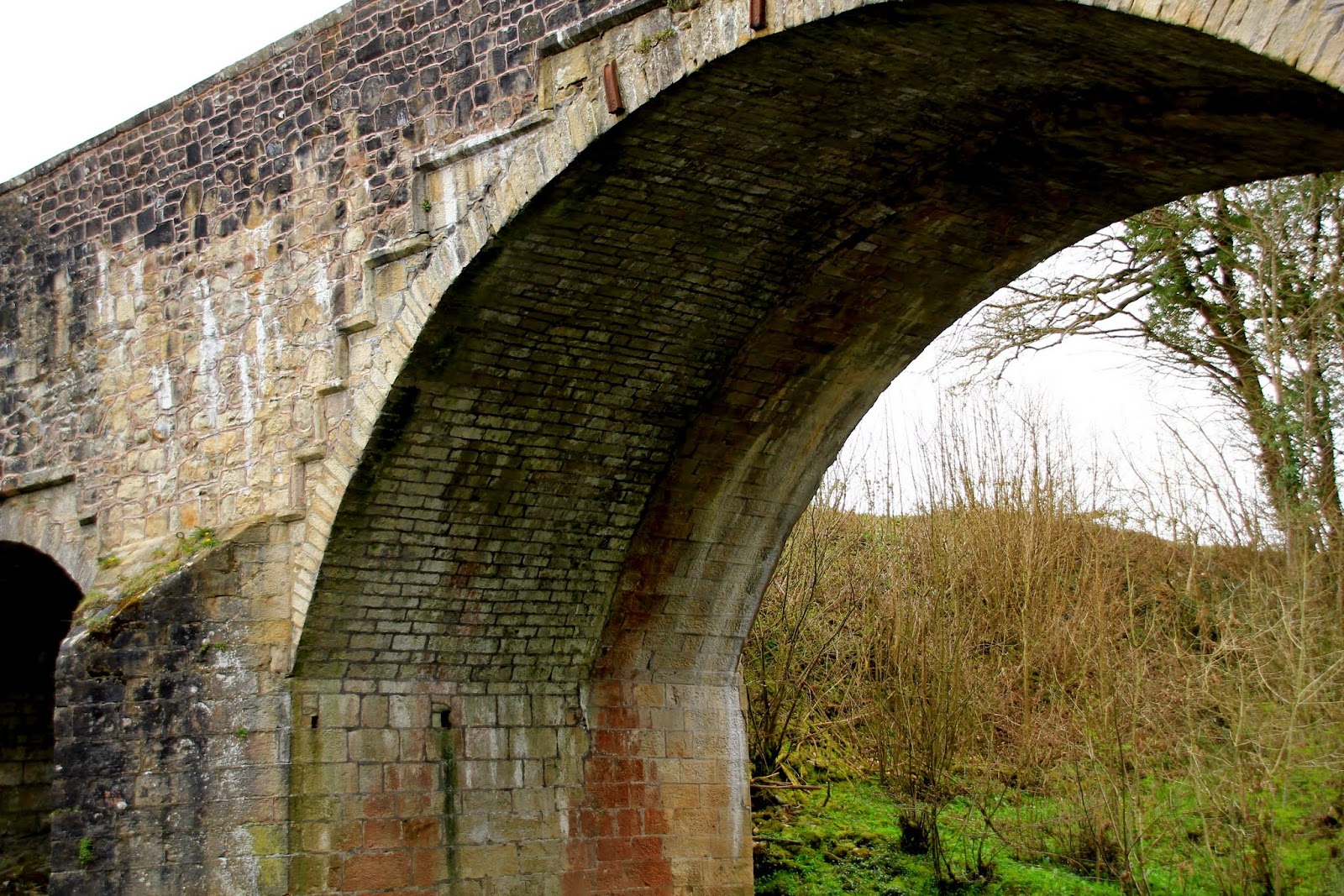 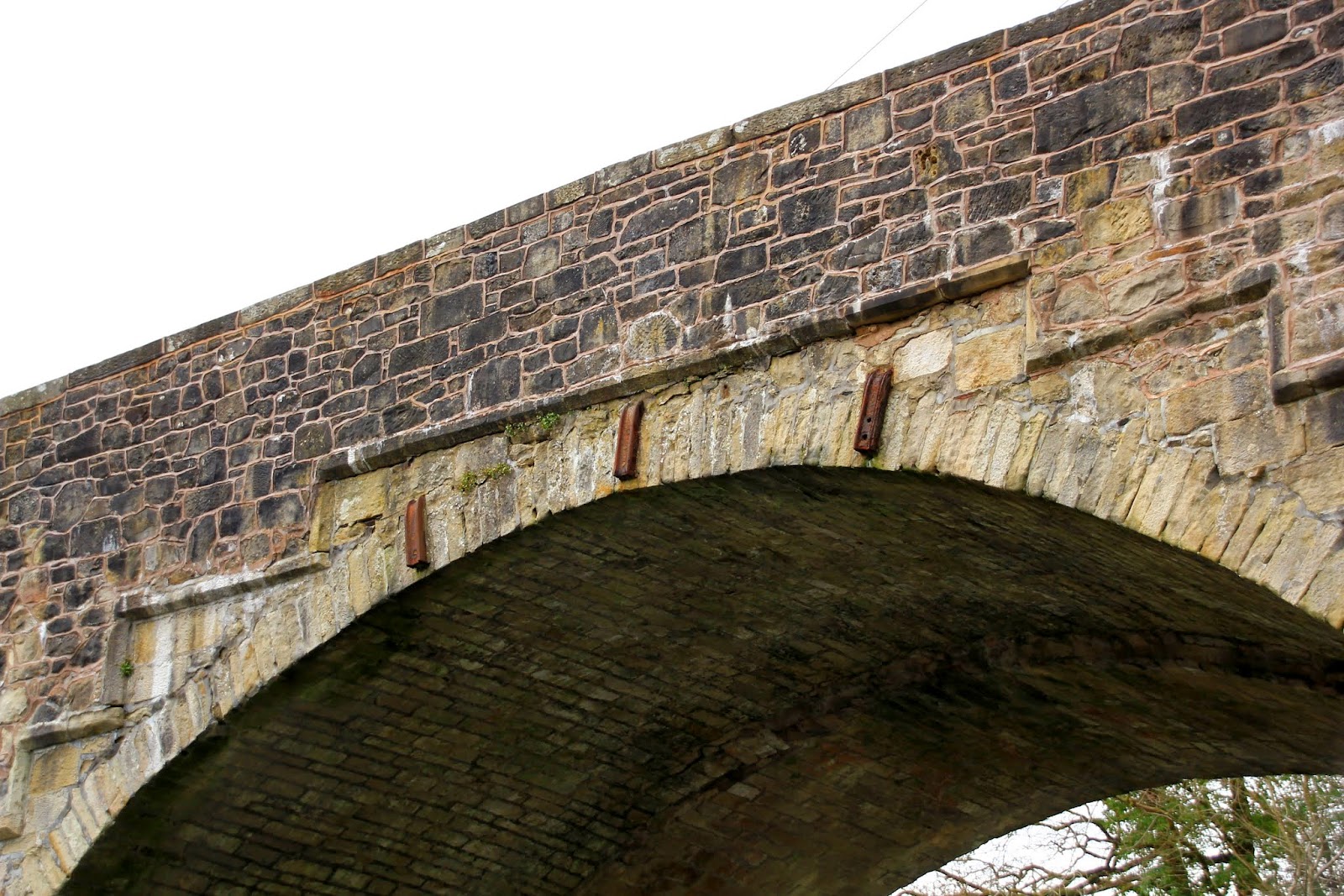 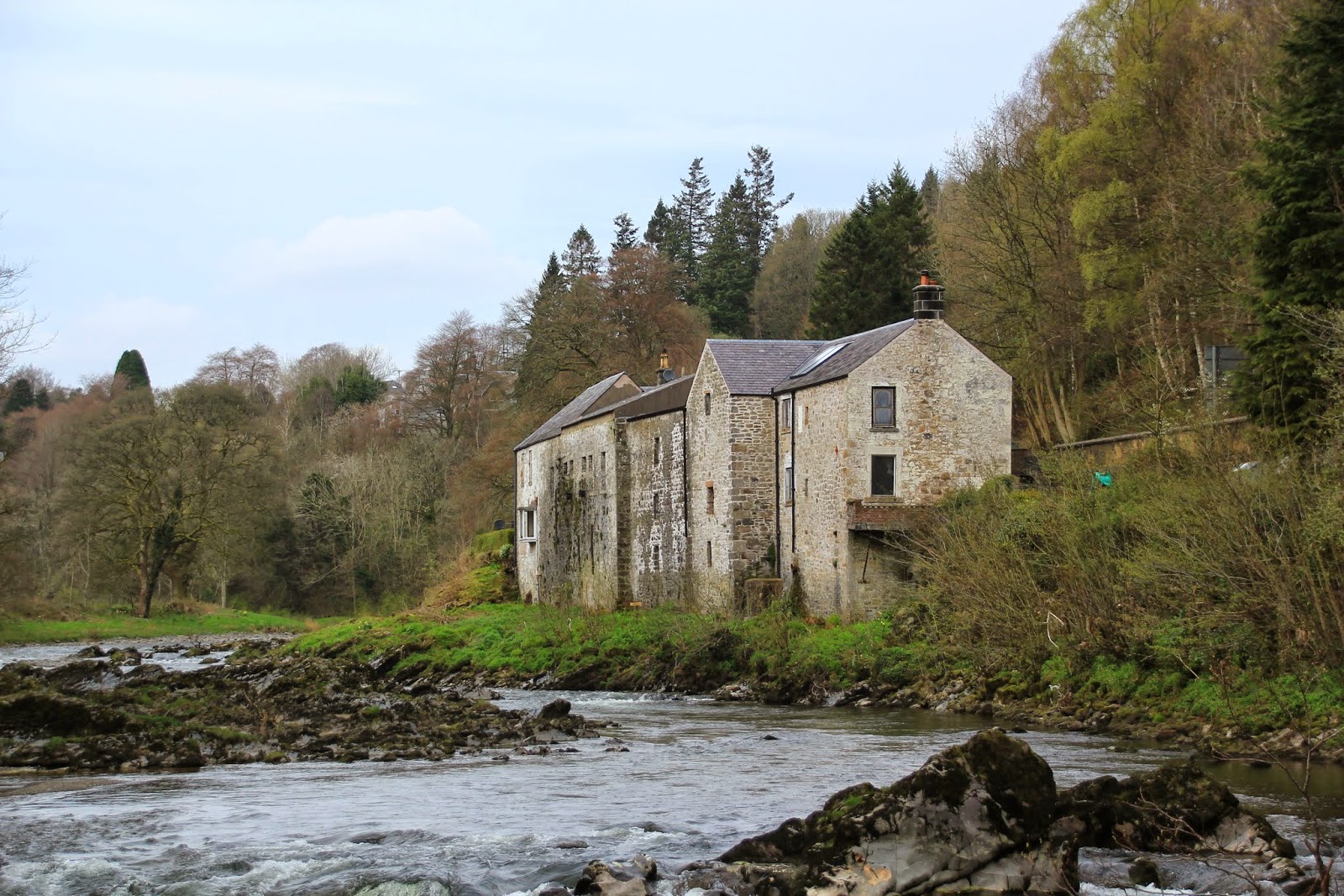 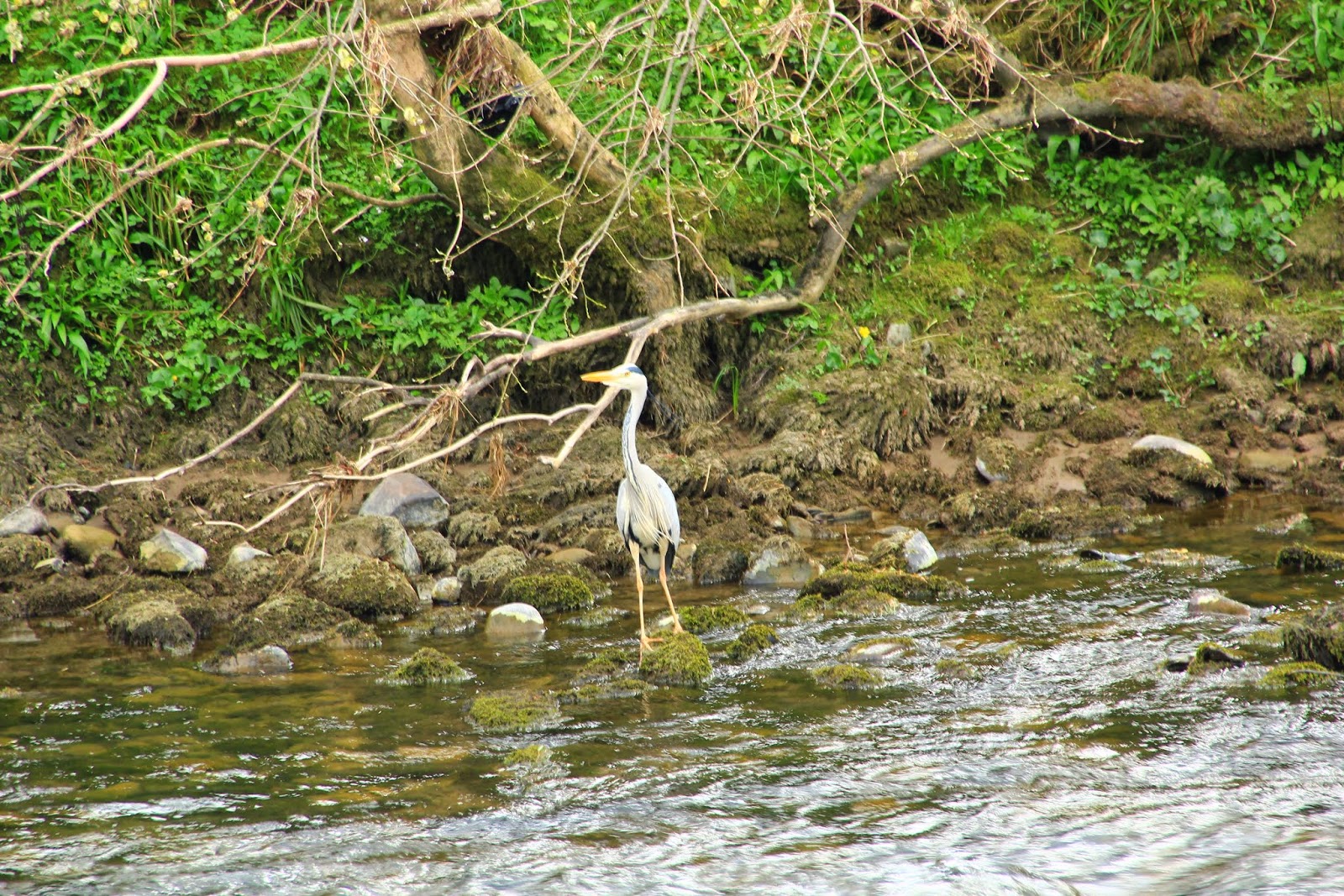 Looking at the next two images, I need to concentrate on my focusing 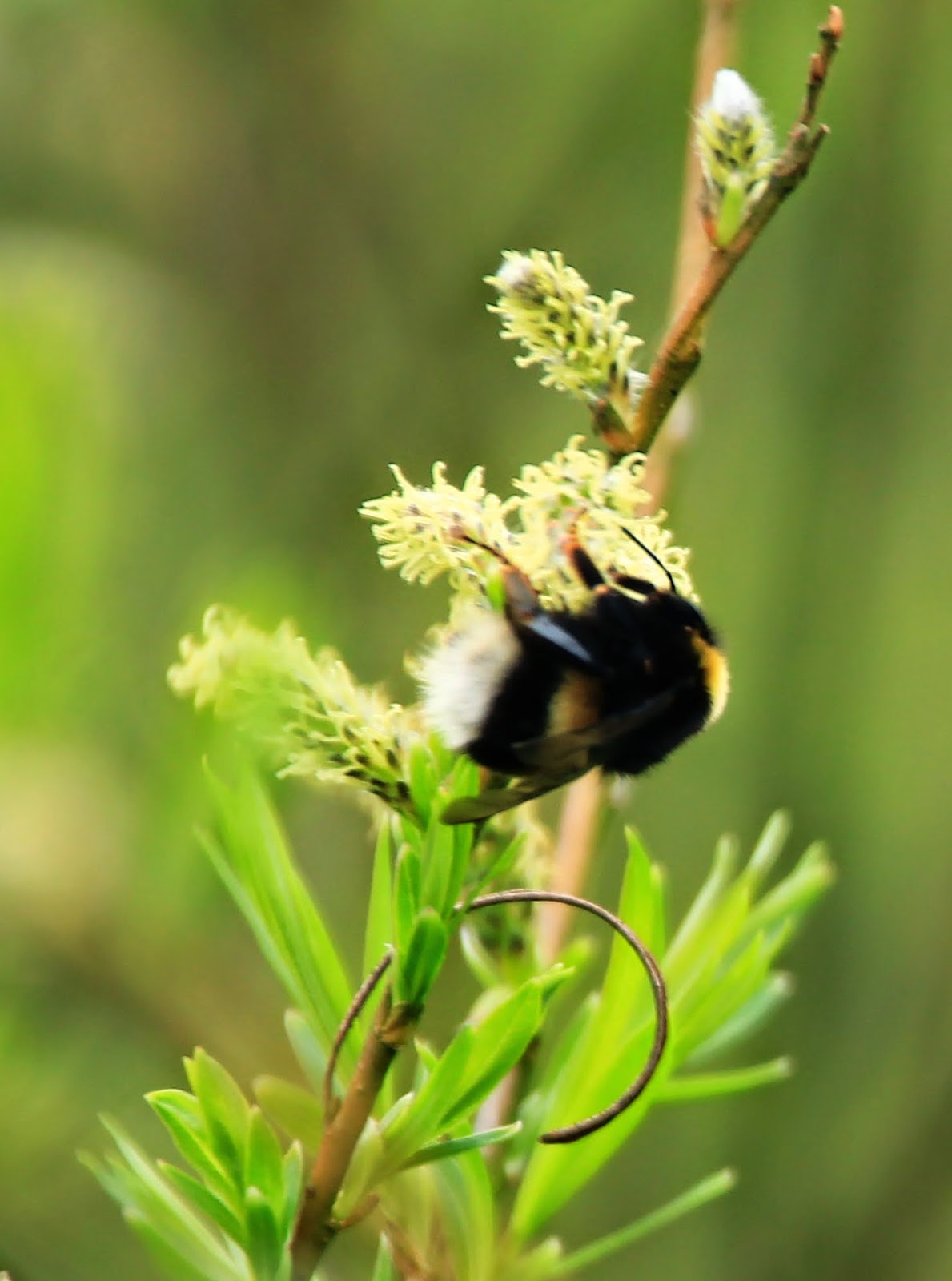 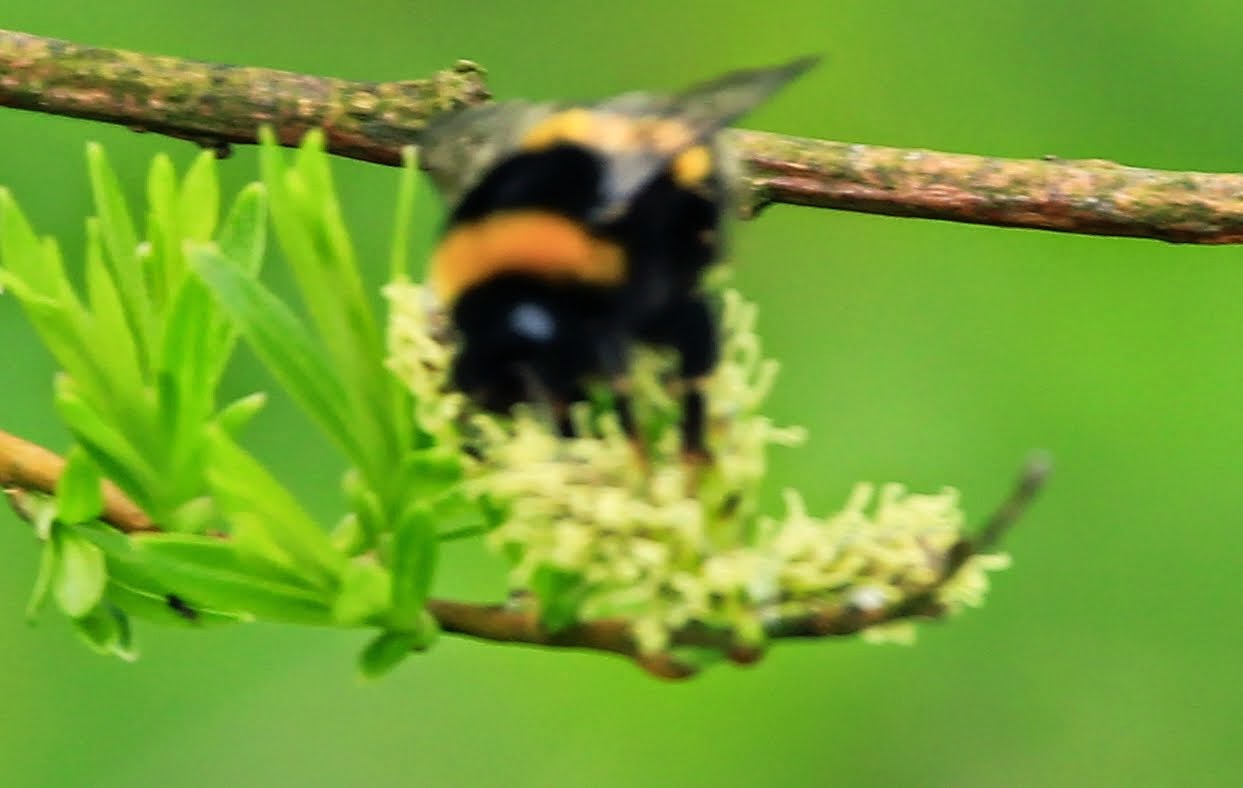 Japanese knot-weed starting its annual invasion on the riverbank. According to statistics it costs the country almost £2 billion  annually to keep this invasive weed at bay. 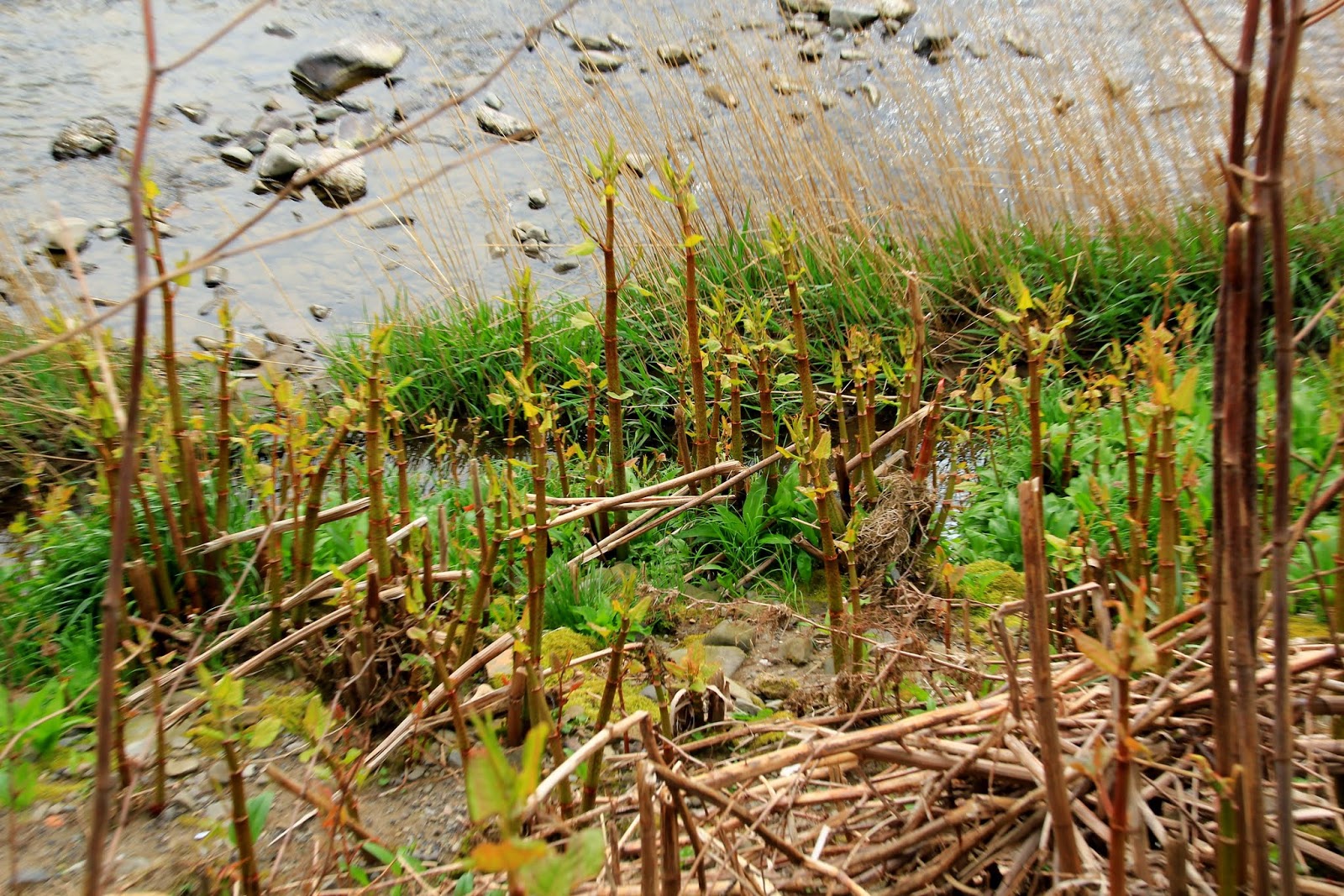 This part of the walk on the east side of the river Esk was used as a sprinting track in the late 19th century. It was a cinder A distance off 100 yards was marked on the wall but I could only find what was I suspect the 60 yard mark shown on the next image. 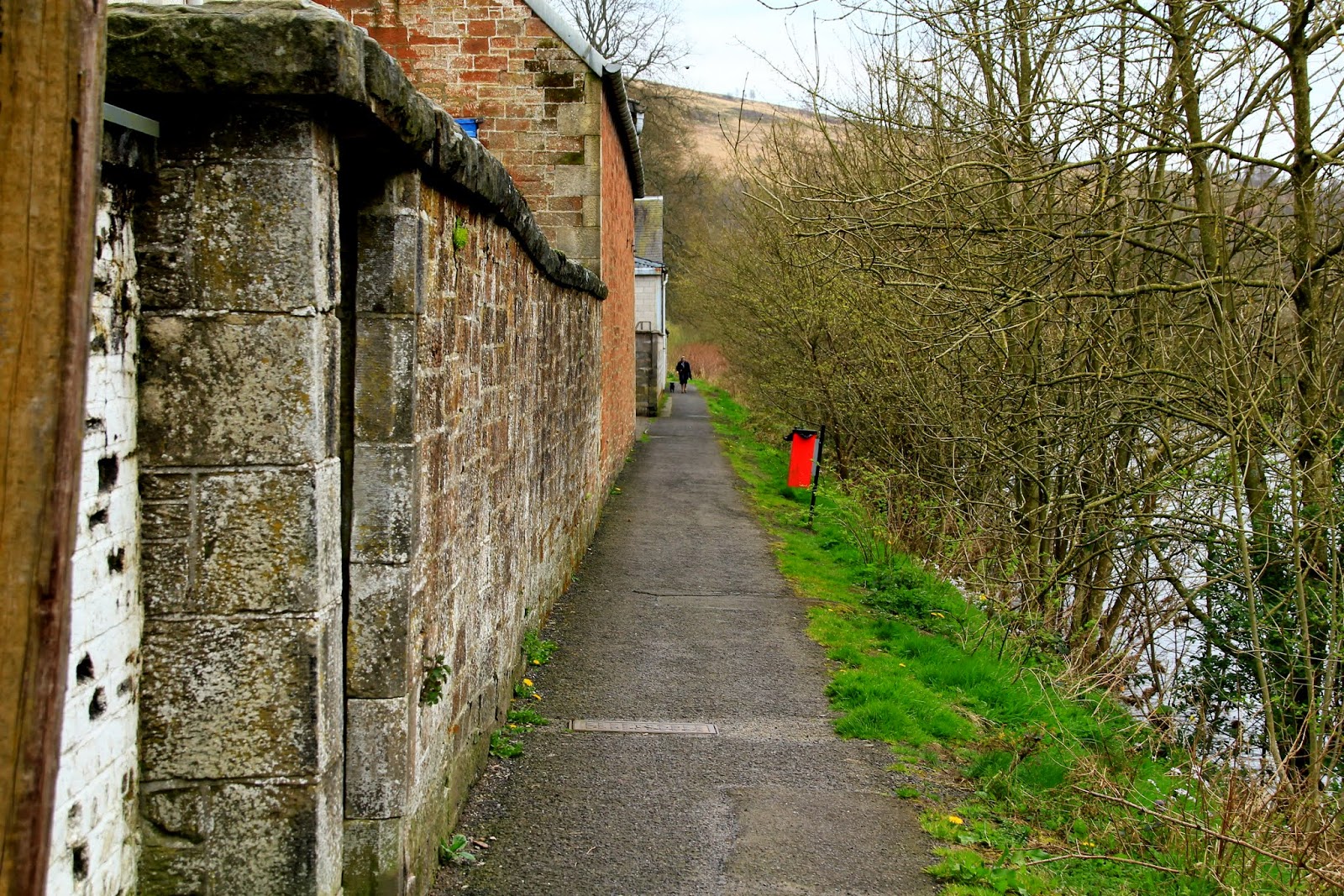 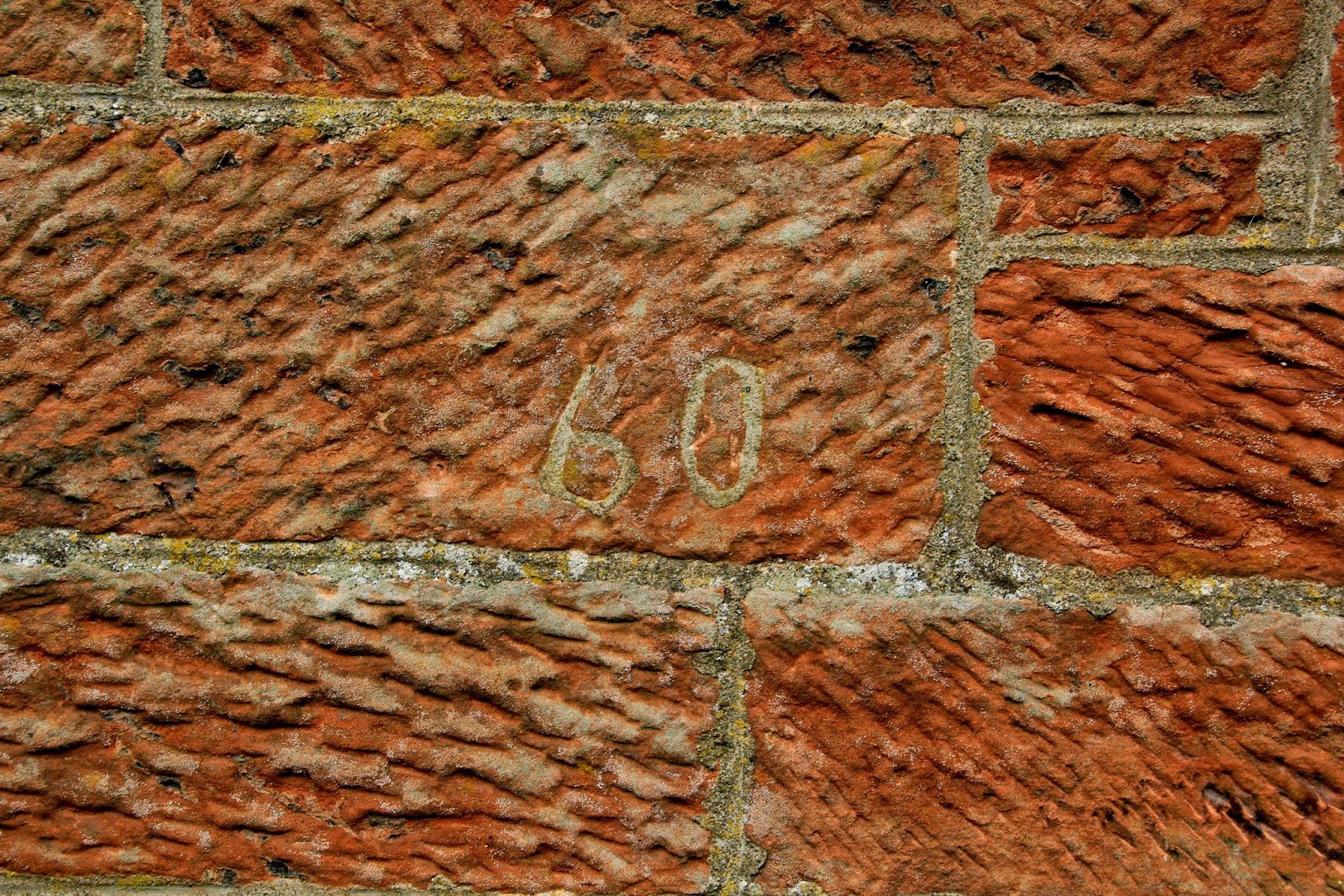 Shortly after this Tootlepedal and I parted company, him to collect his motor and I to return home by the Castleholm and over the Jubilee Bridge.