A Bridge Not Too Far

I was up quite early this morning as local joiners Ross and Gary were coming to continue erecting new fascia boards and guttering around the bungalow, which is staring to look very smart. I spent the morning preparing a red lentil and chorizo stew for the slow cooker and doing some house work.

In the afternoon Tootlepedal came and picked me up for a prearranged trip to the viaduct on the railway track at Rowanburn. The light wasn't very favourable but we decided to go as planned and make the best of it.

We arrived at Rowanburn and put our wellies on before heading down the old railway track. The start runs through a large firewood timber yard. 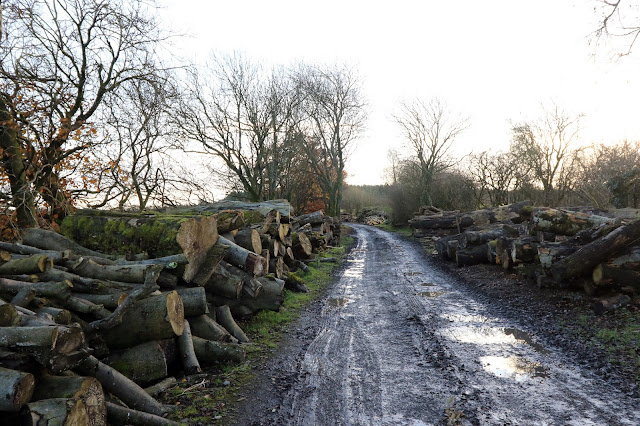 The yard was host to lots of interesting fungi 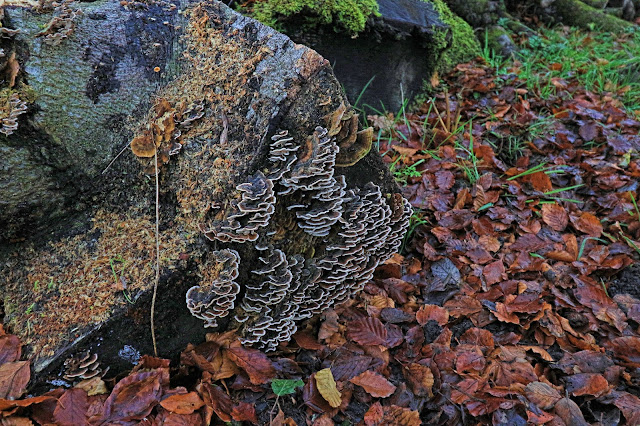 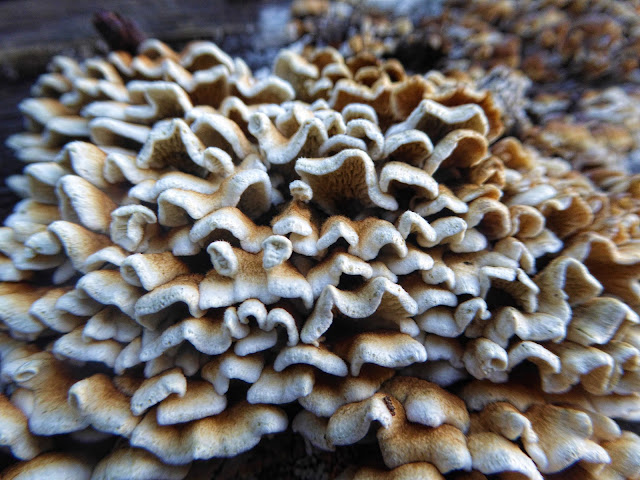 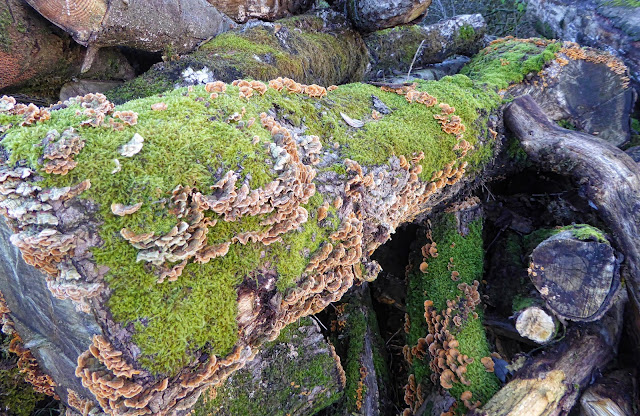 Wellies were a good idea 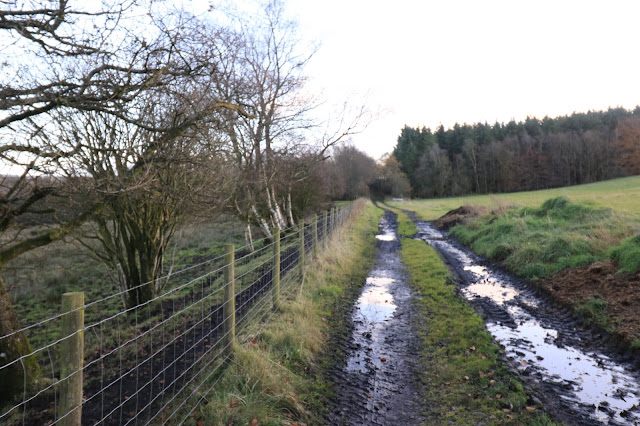 It must be a coupple of years since we were down the track, little had changed on the first part..... 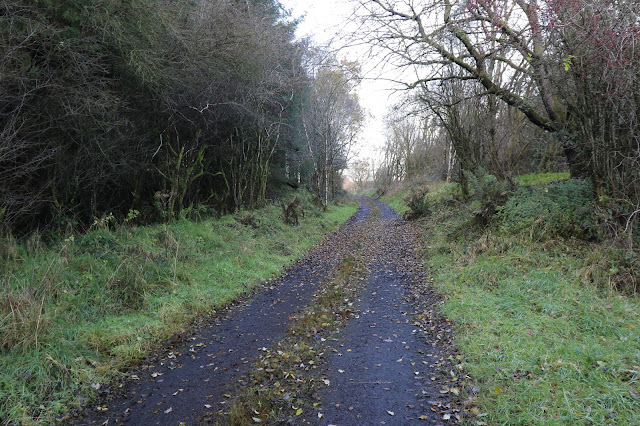 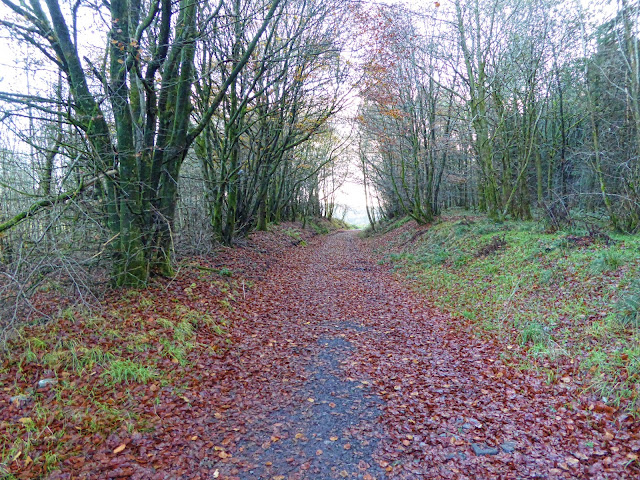 ........but as we ventured further, much of the woodland had been cleared exposing a deep gully that wasn't visible in the past which changed the landscape dramatically. 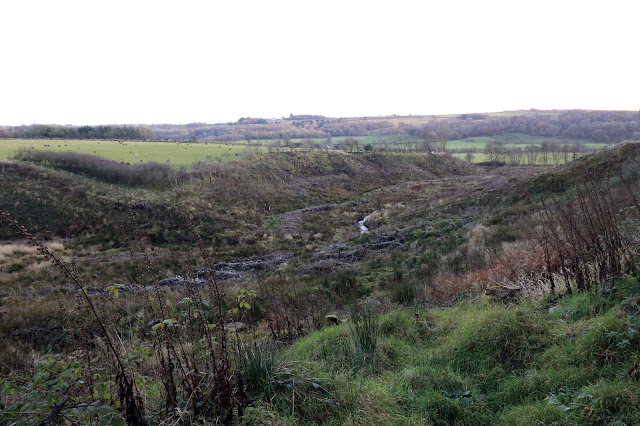 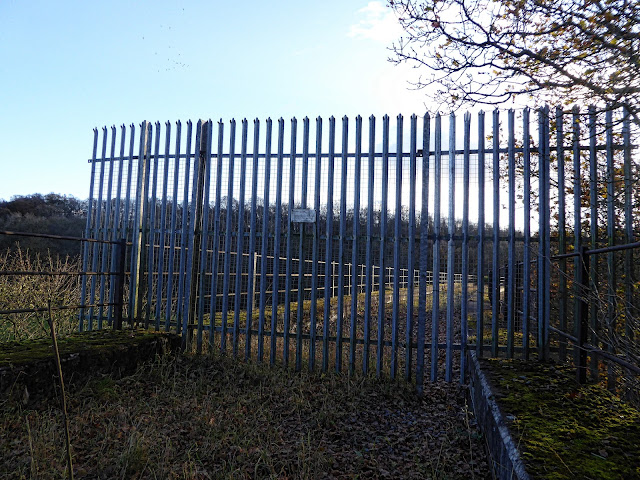 I managed to get a shot through a gap in the fence before making our way down to the foot of the viaduct. 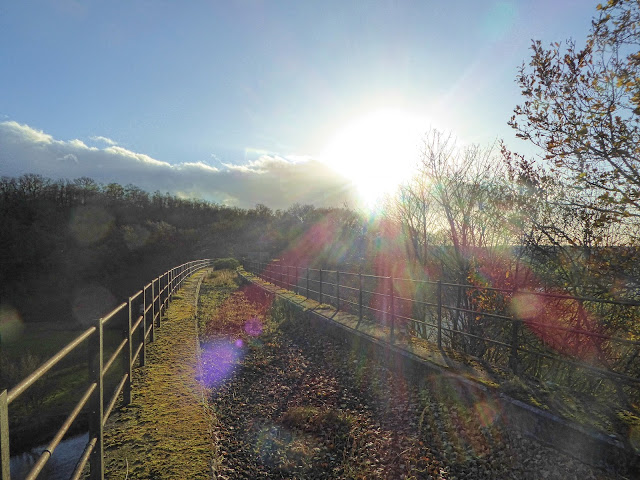 This small but quite interesting undercut leads to Rowanburnfoot farm where I attended my first hay shed fire when I was a member of the local retained fire brigade many years ago. 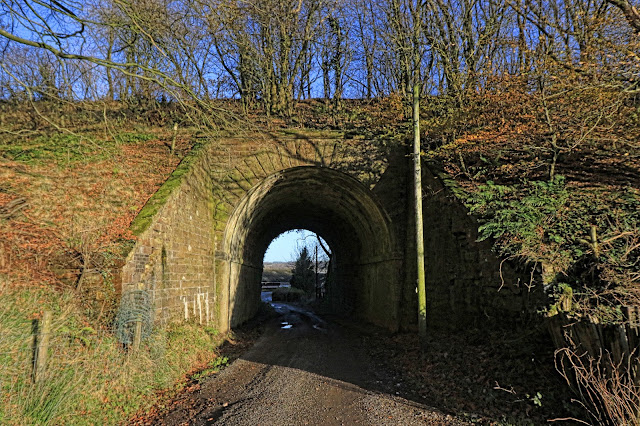 The going was very clarty and we had to pick our way down to the river very carefully. 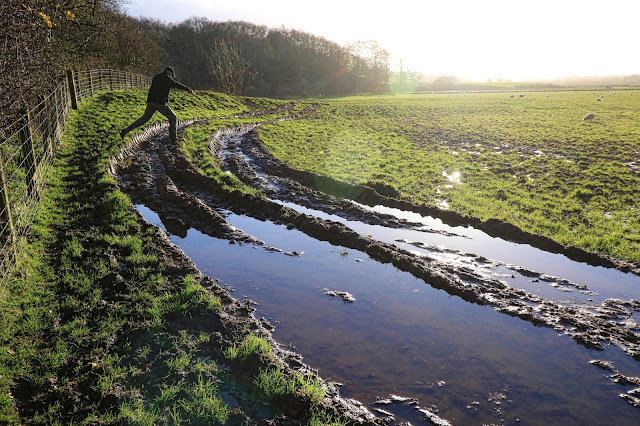 The viaduct is piece of Victorian engineering marvel both in design and build. It crosses the Liddle Water dividing England and Scotland at this point. Maybe some day in the future trains will yet again cross this Victorian colossus if plans to extend the Waverly Line from Galashiels to Carlisle come to fruition. 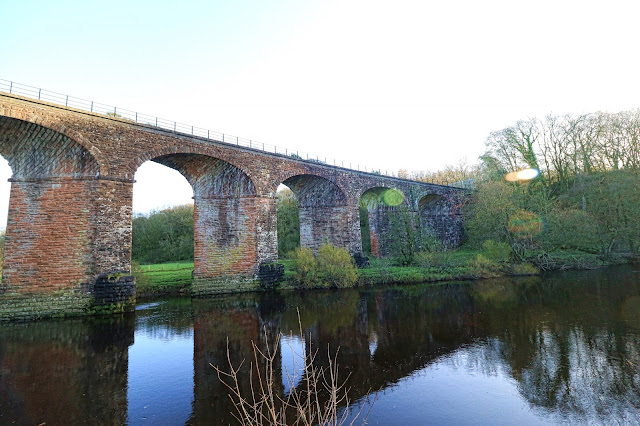 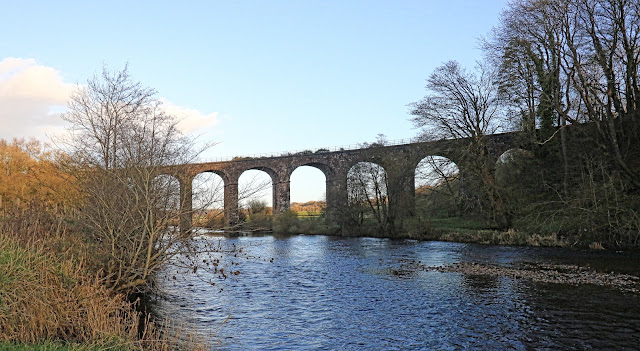 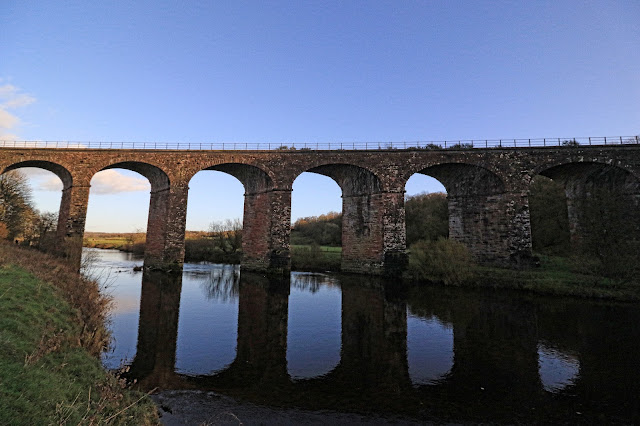 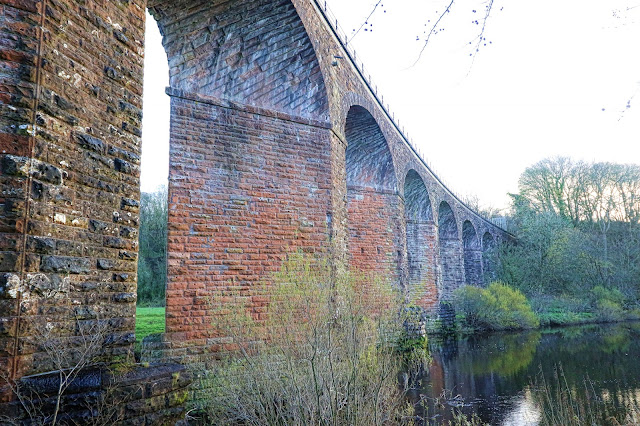 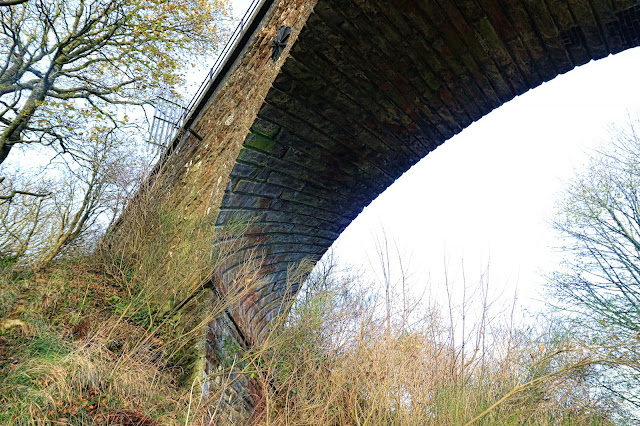 Unfortunately the light wasn't in our favour but made the best of it. We eventually made our way back to the car and headed home. After a cup of tea and a biscuit at the bungalow Tootlepedal went home and I starting defrosting a chili con carne for my tea.
Posted by Sandy at 13:49