More of the Same

It was nice to wake up to the sunshine that had been forecasted. I had to rise quite early as I had arranged for Andrew 'Benty' Johnstone to come and install light and power to my shed,  but in the meantime I had also arranged to go to Canonbie church with Tootlepedal to collect photos that we had submitted to the tea room they have created. This went well as camera club member Stan appeared to help and we were finished in a jiffy. After dropping off the the photos at Wauchope Cottage I was invited in for a welcome cup of coffee and a tour around the garden.

In the afternoon I got the ebike out with the intention of upping my mileage and I'm proud to say I did a pleasant twenty-five miles. I did a similar route to yesterday but with some deviations. I apologize for some of my pics being similar to yesterday but the light was so much favourable today.
This is so much different to yesterdays view. 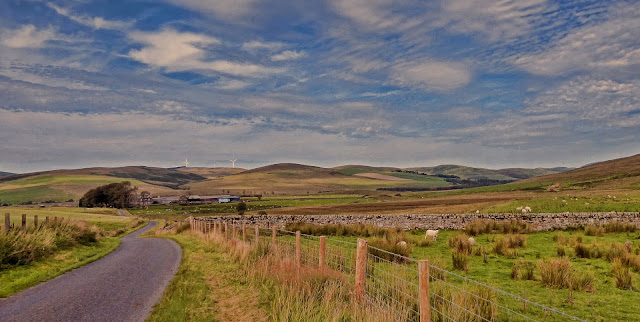 I was given suspicious looks as I passed by these bovine creatures. 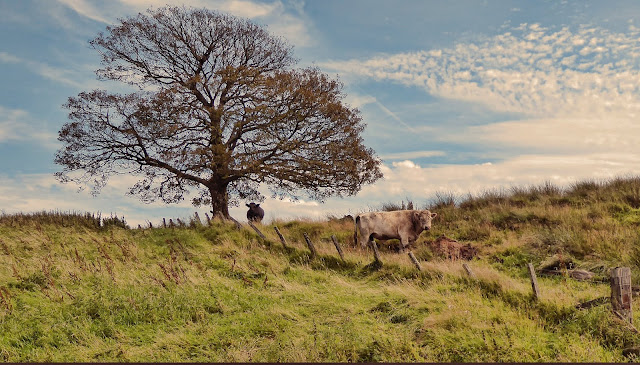 The Cumberland fells are having a sneak peak to see what's going on over the other side of the Solway Firth. 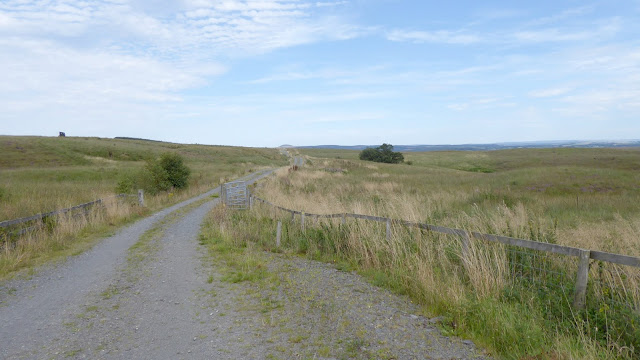