I started this blog two  days ago but somehow I cant get to grip with doing it on my tablet so I decided to wait until I got home before I composed it. Anyway I set off for Haddington on Wednesday morning to visit Neil and the boys for a couple of days. I drove up at a steady pace stopping of at a garden centre for coffee and cake and to replace one of the bird feeders at home.

I also broke my journey a few miles further on at the Leaderfoot view point to get some shots of the viaduct and the older Drygrange Bridge which dates from 1780. 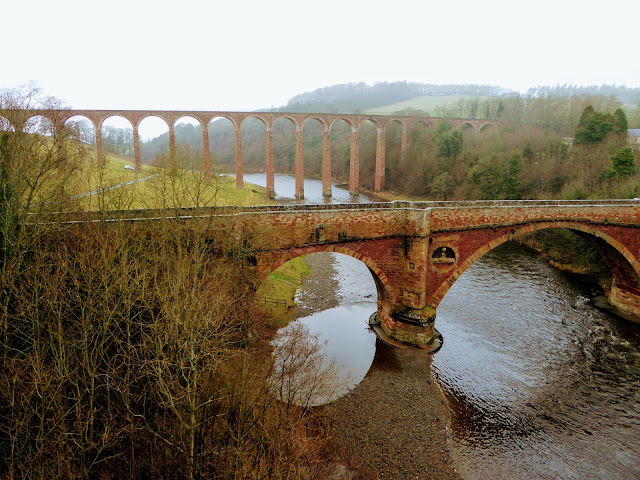 This bridge carries the traffic over the river Tweed, where I stood in the centre to take above shot and was quite alarmed at how much the the bridge shook with the heavy traffic. Somehow I dont think it has the same romantic appeal as  the other two. 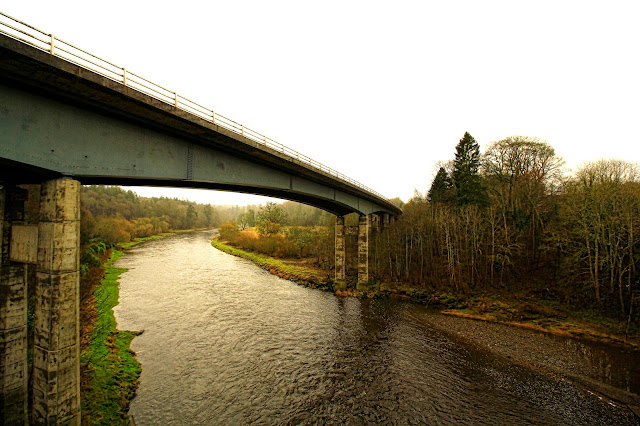 Shortly after arriving I took a walk along the old railway line that leads to Longniddry. This is an easy path to walk or cycle, I intend to bring my bike up in the near future and cycle to Longniddry and back. 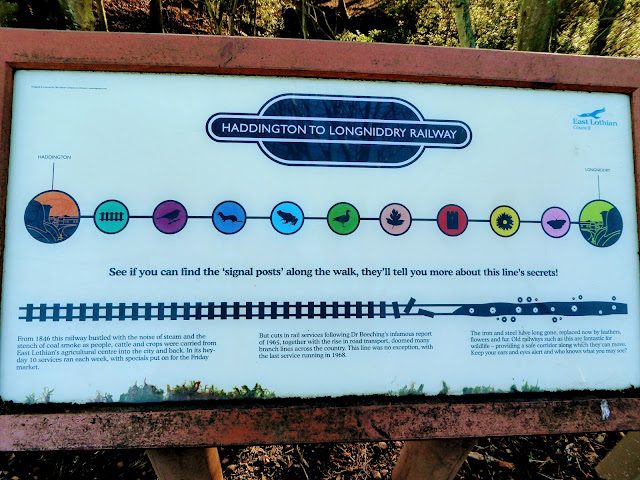 In winter this isn't the most interesting of walks but it is still a pleasure to walk along. One thing I did notice was the lack of fungus and moss maybe this was due to the fact it ran alongside the busy A1.

One the many road bridges that crosses the line 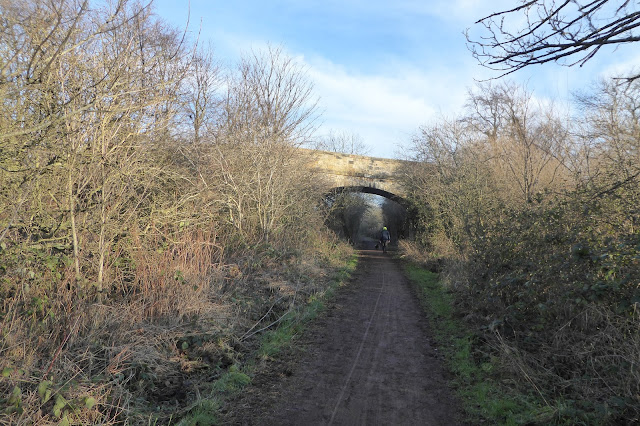 An apple tree still holding on to some of its crop. 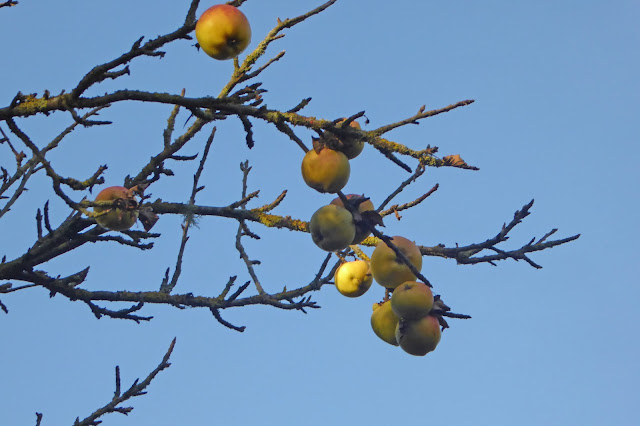 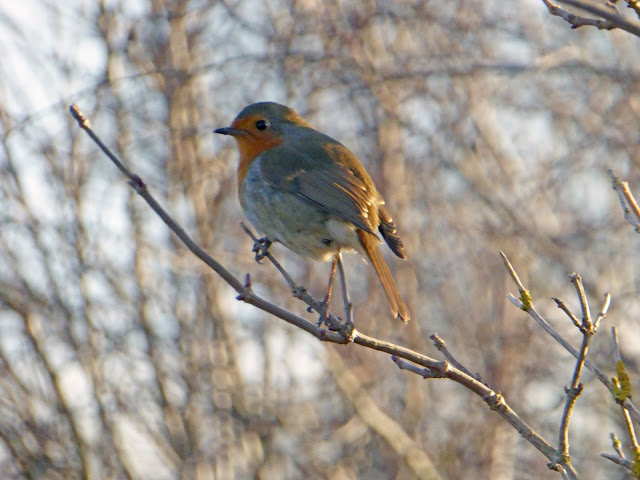 Nice light on these trees 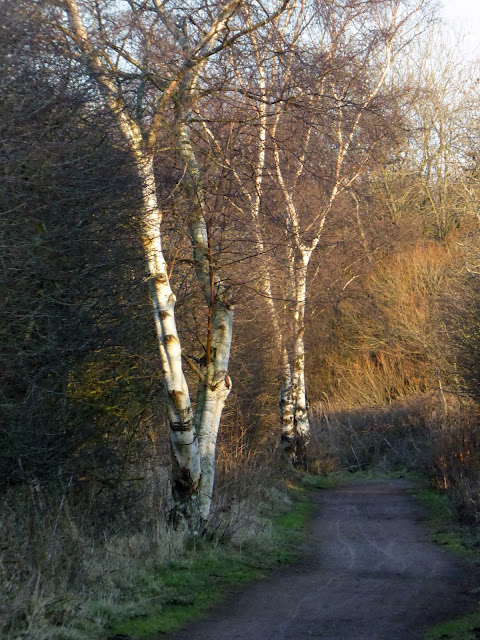 I liked these information signs that were made to look like railway signals. 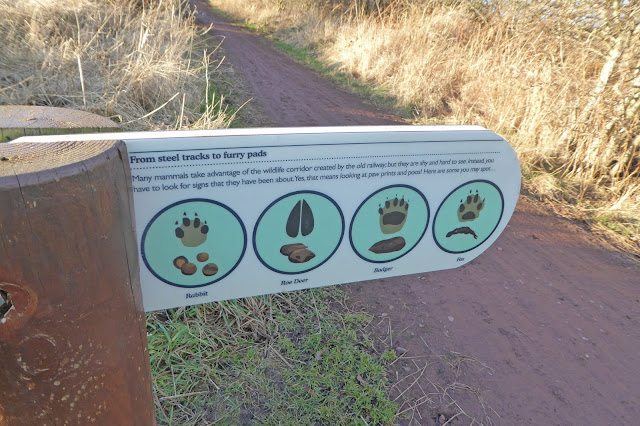 Next morning after dropping the boys off at school I headed off towards the coast with the intention of doing
Some time lapse photography. I drove over the hill to Aberlady and parked at the nature reserve and spent some time watching various waders. 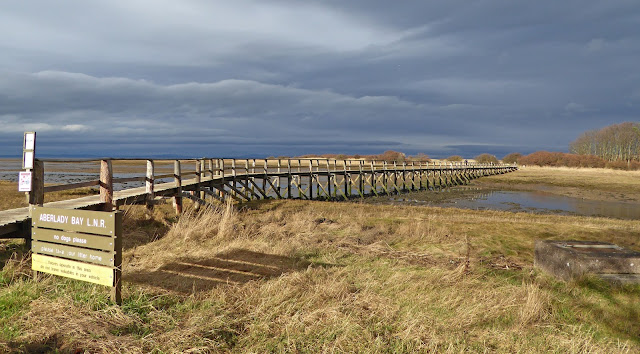 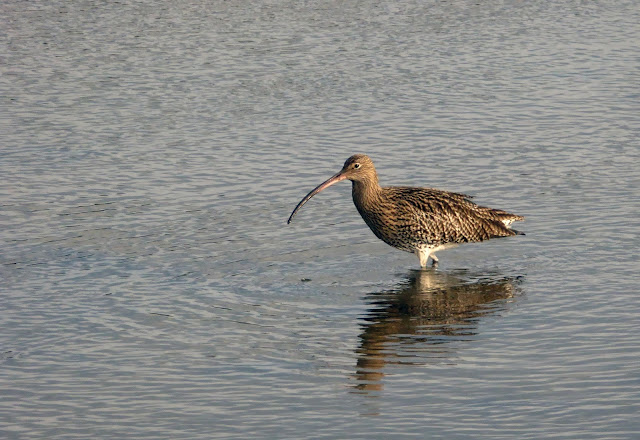 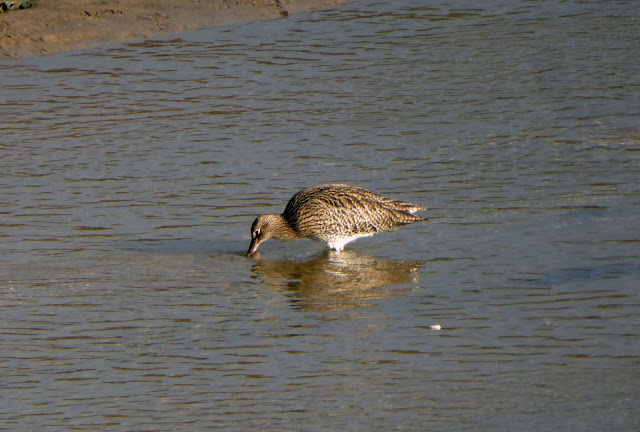 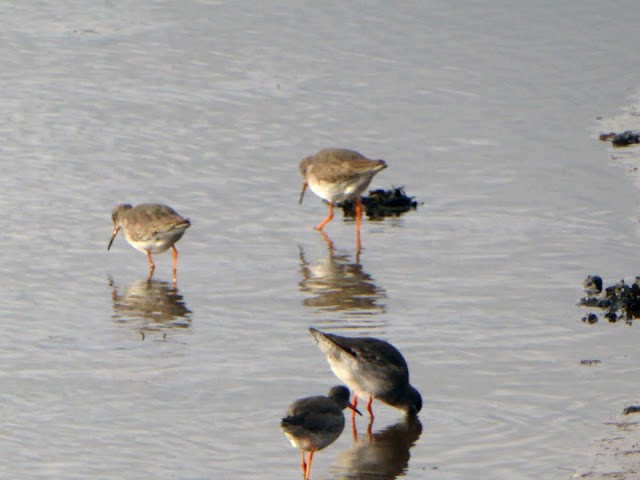 I drove a few miles further up the coast to Longniddry Bents and found a suitable place to park and set up the camera. It takes about two hours of shooting at one shot every five seconds to get one minute of time lapse film. I sat back and enjoyed the scenery, listened to the radio, had some lunch, time went by amazingly quickly. I took approximately 1440 which will take some time to process so the result hopefully will appear in a post in the near future.

I then headed back along the coast to North Berwick to have quick walk along the beach before heading back to Haddington. 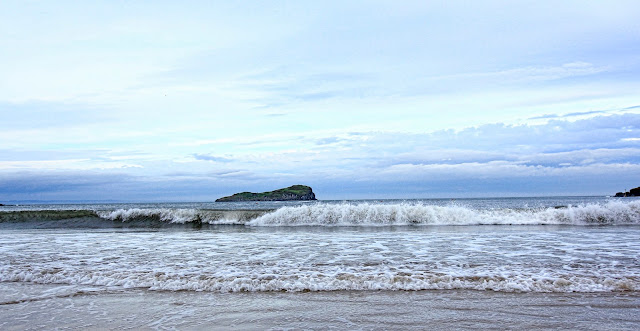 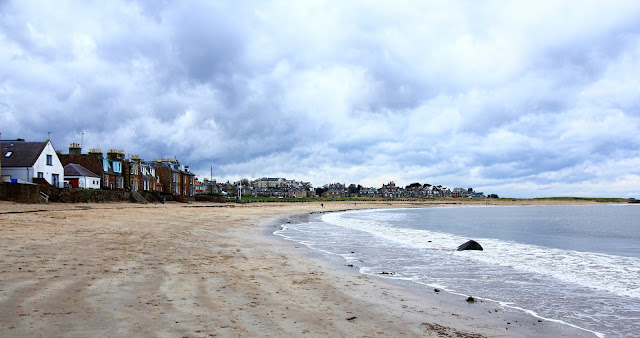 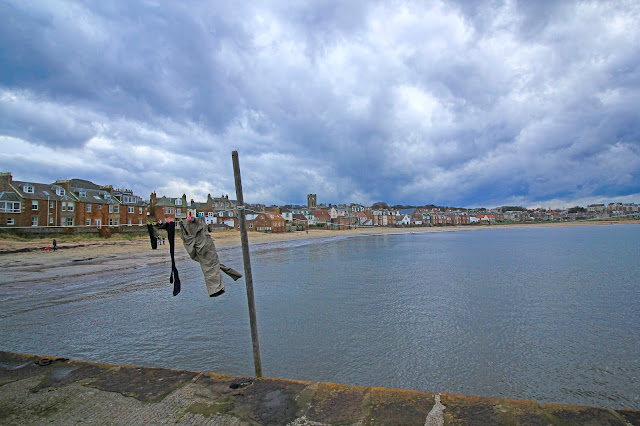 I received a comment on a previous post which recommended I try the Town House chip shop in Haddington, we did and I certainly wasn't disappointed so thank you to anonymous.
Posted by Sandy at 15:00