To start with I would like to congratulate Mr & Mrs Tootlepedal who recently celebrated their Golden Wedding anniversary.

The month of January hasn't been an inspiring month for blogging as one grey day merged into another and did very little to encourage me to post. But this morning was the exception, the sun came out. After spending some time preparing an old Parish Magazine for Tootlepedal to enter onto the archive website I thought a brief walk along the Becks to see how the tree felling was progressing was in order. 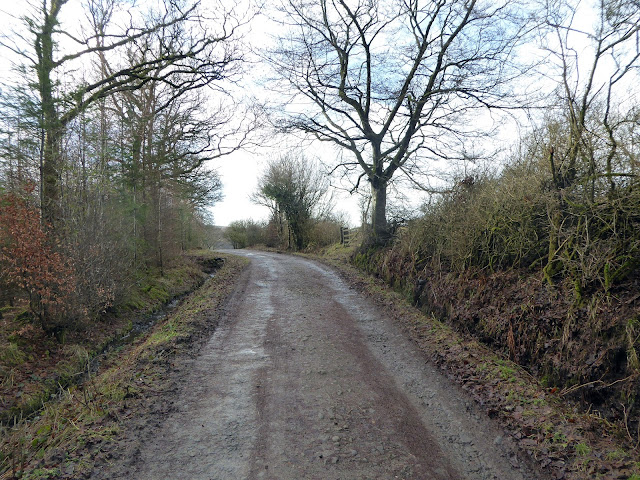 This is one of many rivulets that run under the track and feeds the Wauchope at the bottom of the hill, they are all very full at the moment 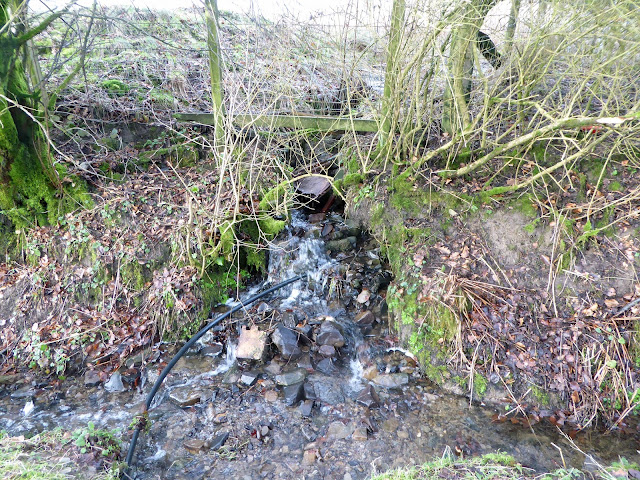 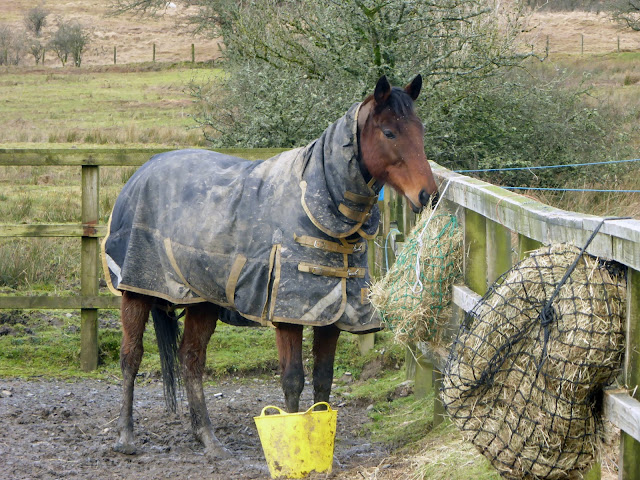 The top side of the wood is quickly disappearing, and I would imagine the remaining trees will be gone in a day or two. 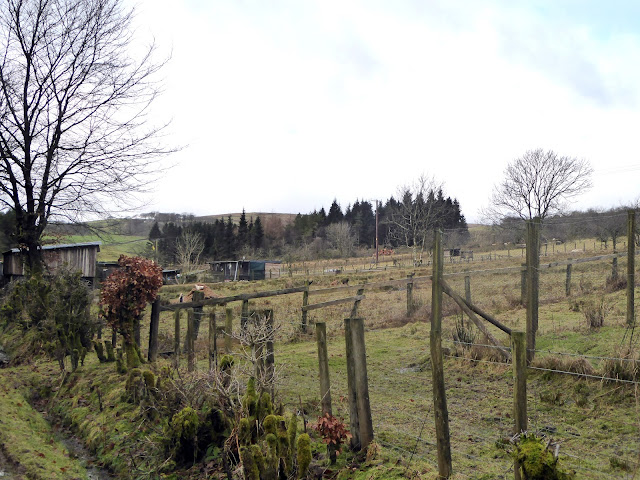 Logs stacked and waiting to be extracted. Ha'Crofts has now come into view. 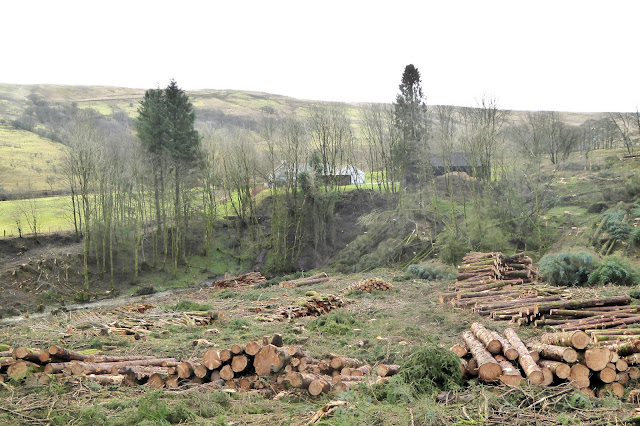 The cutters have worked their way down the bottom side of the wood. 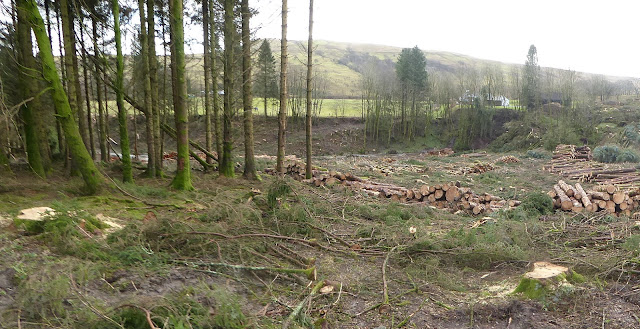 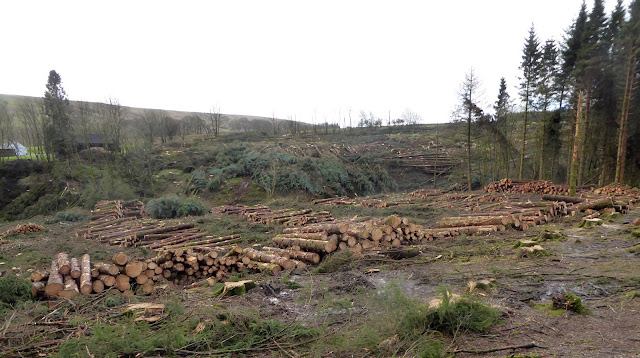 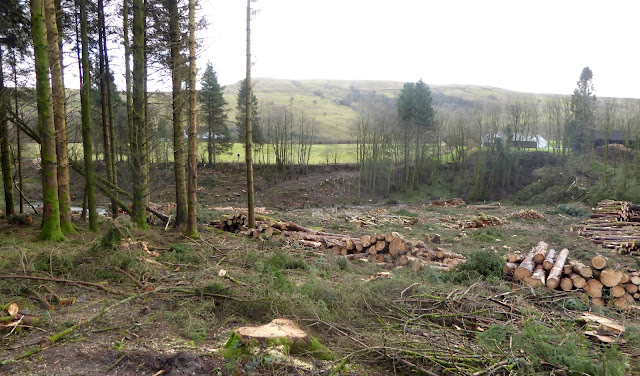 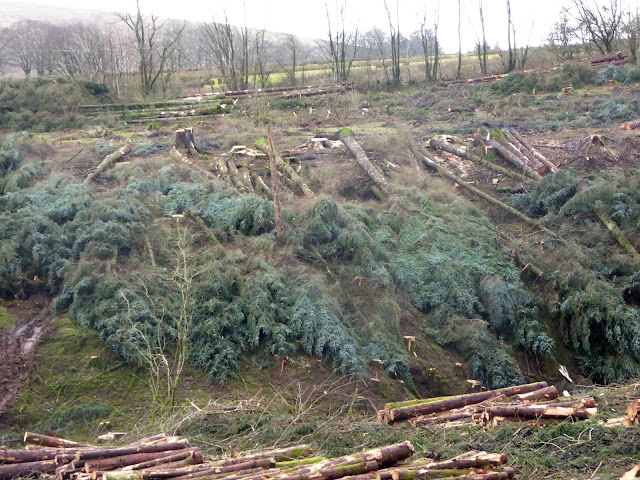 A lot of people don't take kindly to the savage method of clear felling, but I quite like the change in the landscape especially after a seasons growth when great swaths of foxgloves and rosebay willowherb appear after years of being dormant in dark shadows of the trees and I think it can make the walk a little bit different and sometimes more interesting.

I spent part of the afternoon working on a Parish Magazine and come upon an interesting passage that referred to the Great Storm of 1703, that is regarded as the worst storm that Britain has ever had, of which I'd never heard of, but on research it pails apparently to the more recent Storm of 1987 even though the death toll was greater in 1703, click on the links for some interesting facts.

In the late afternoon a nice warm glow appeared from behind the hill to signify the end of a somewhat brighter day. 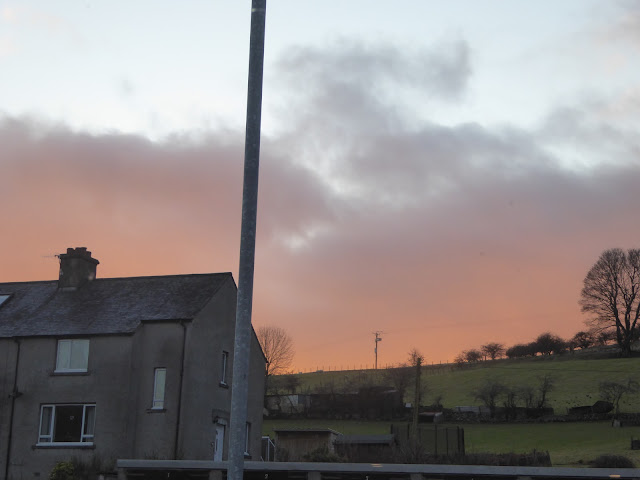