In the final stages of the Camera Club season it was decided a trip to the open air Museum at Beamish would be a fine end to the season. A little light in numbers maybe, but nevertheless, five of us set off in two cars. It was a journey of about one and a half hours and were quite easily navigated by the use of Google maps until we left the A1, and that's when the app came into it's own, there was no signage whatsoever until we arrive at the sight but we were guided there without a wrong turning.

This is a wonderful open air museum with many of the buildings having been painstakingly removed from their original location and carefully reconstructed at Beamish. For more on the museum click here, click on Tootlepedal for his account of the day.

We were entertained waiting for the tram into town,.... 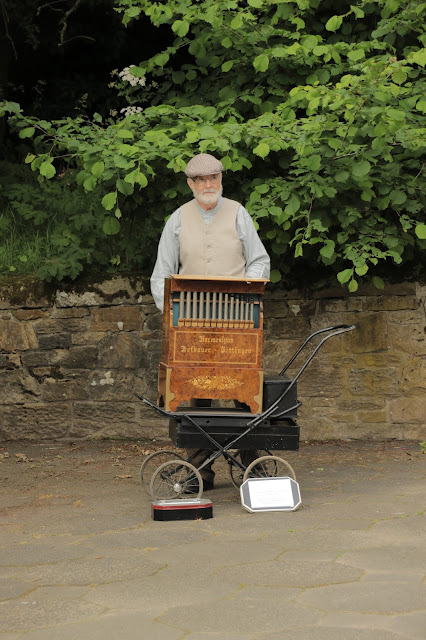 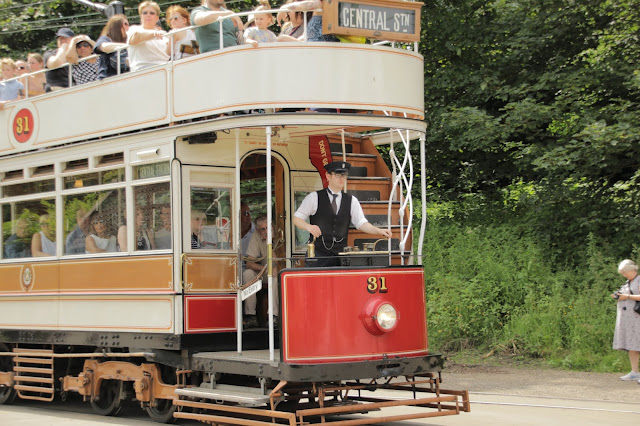 We arrive in town for some...to 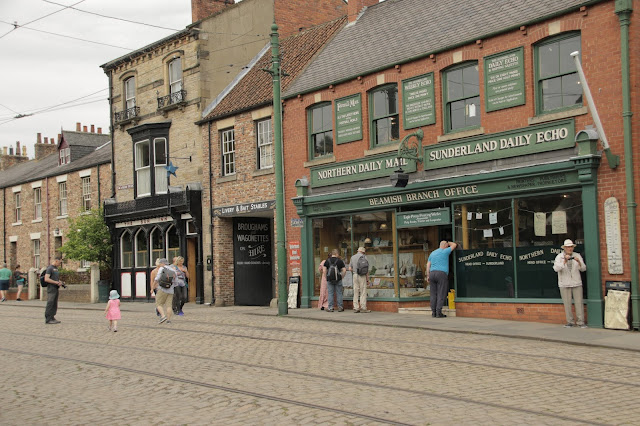 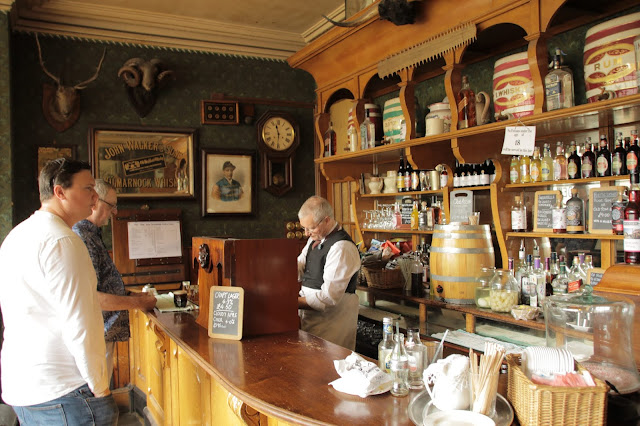 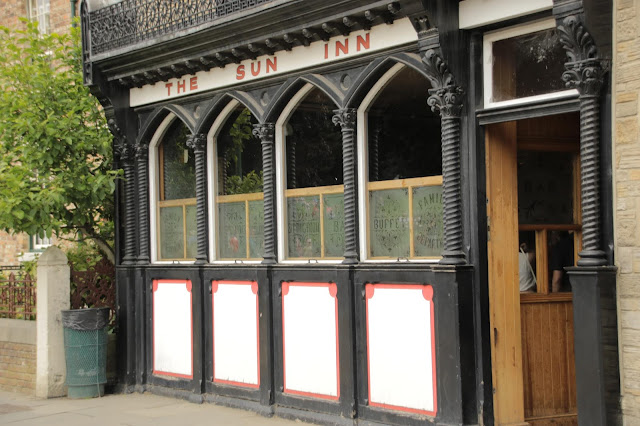 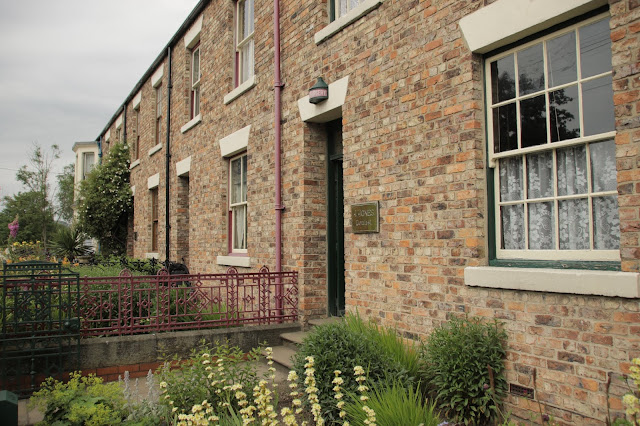 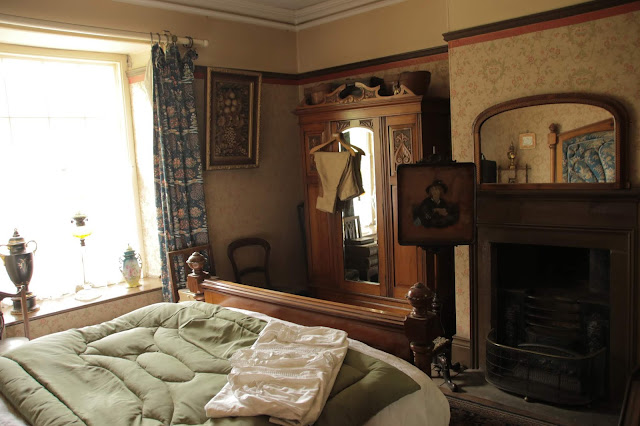 We then had a walk to the local station and watched the steam train being expertly guided in.... 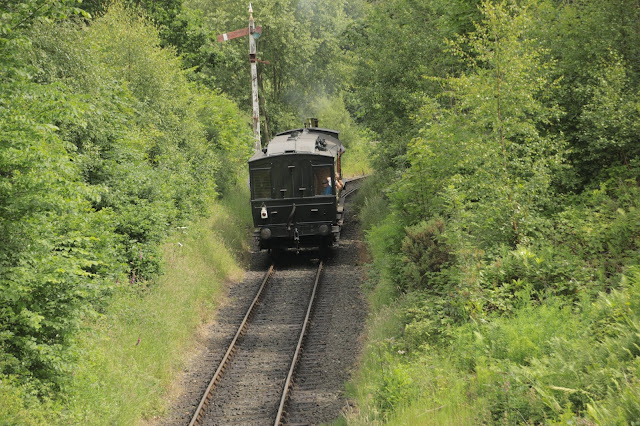 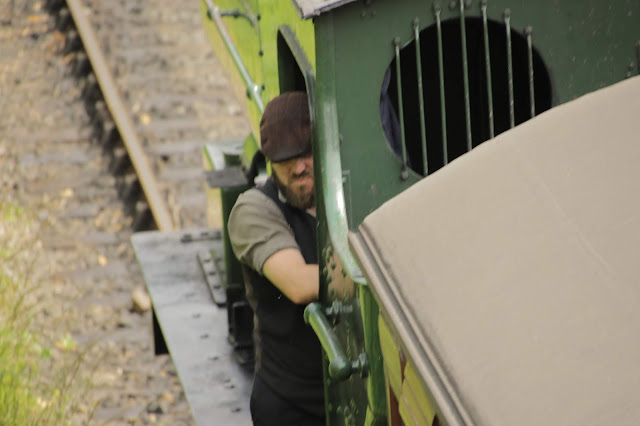 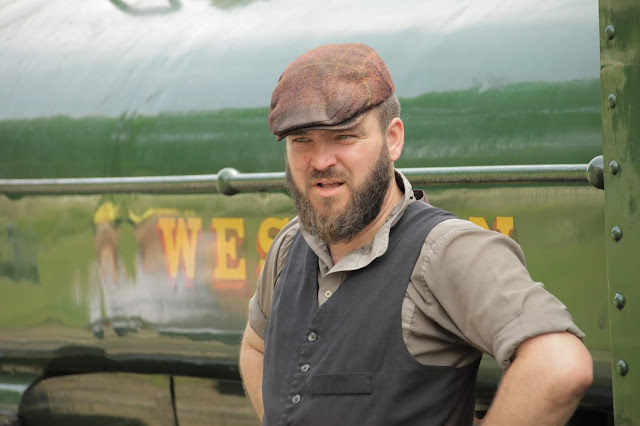 Hard work in the heat 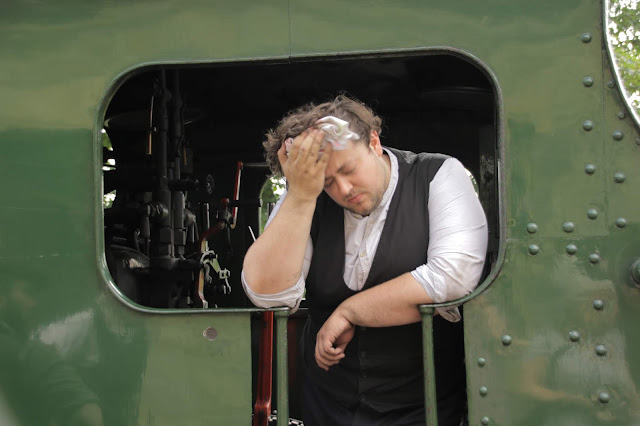 The fairground was going well 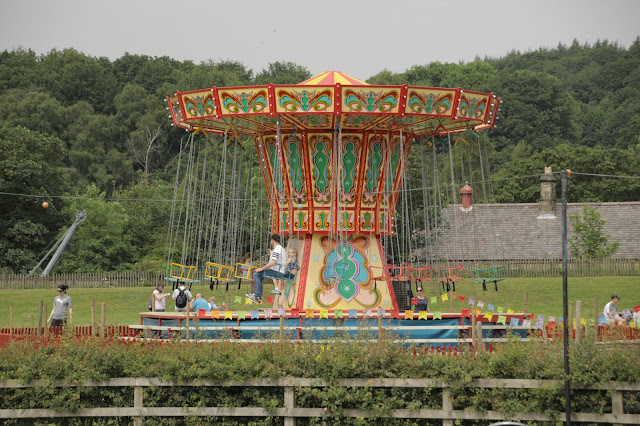 The scale of this crane is immense. 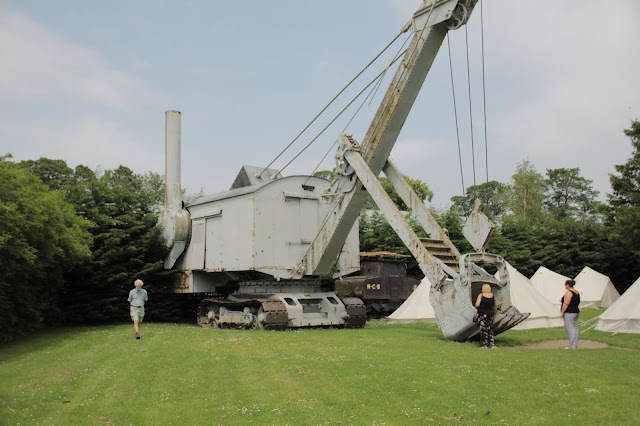 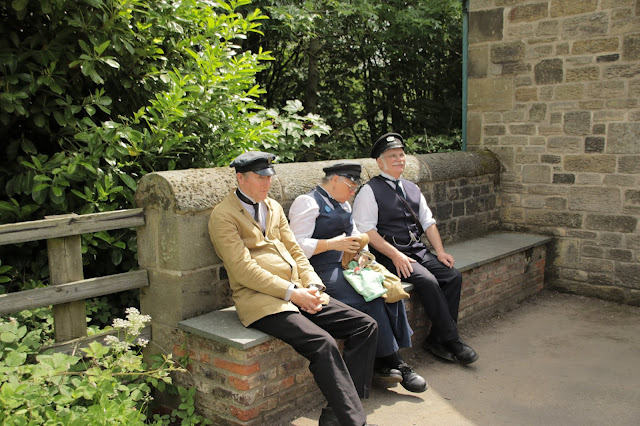 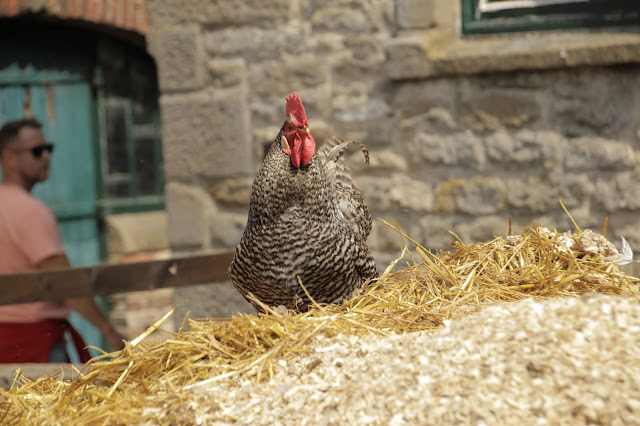 Corrie enjoying an imaginary  hurl in a tractor. 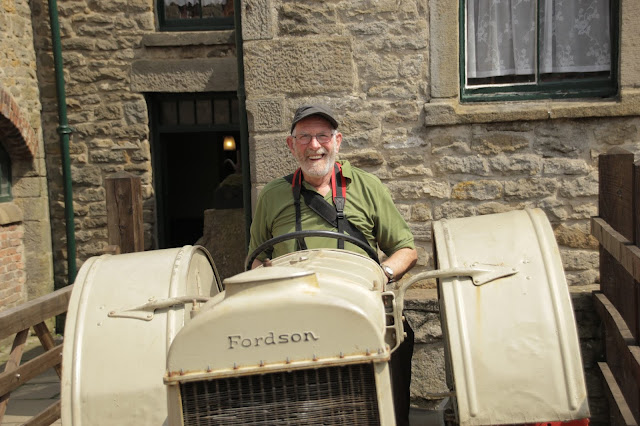 Bee's were a buzzing. 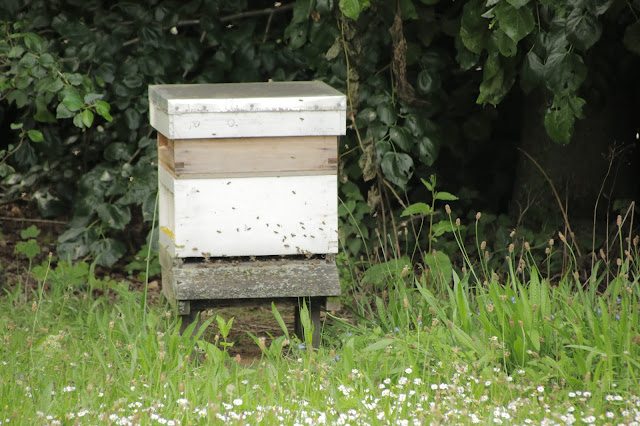 We were well entertained in the local church. 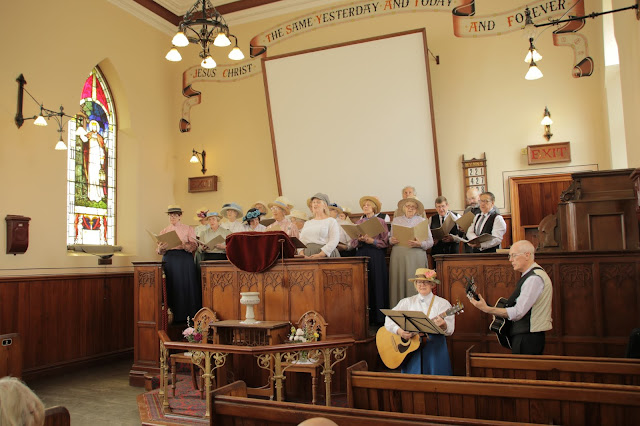 This engine pulls in.... 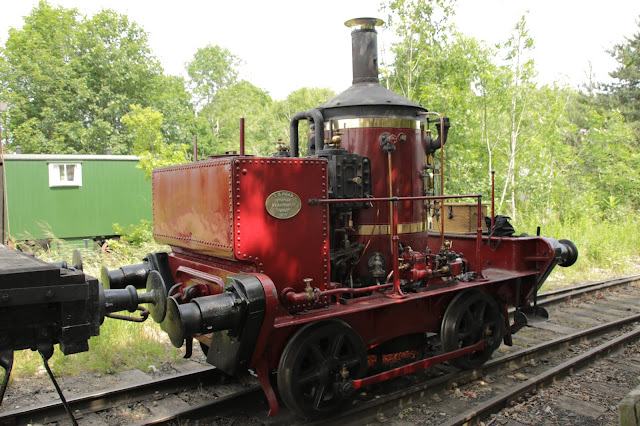 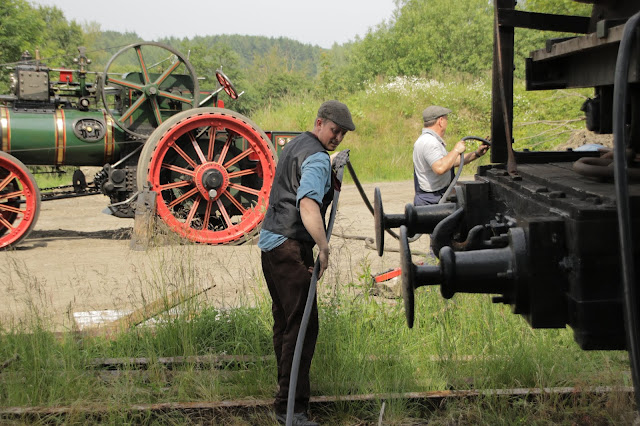 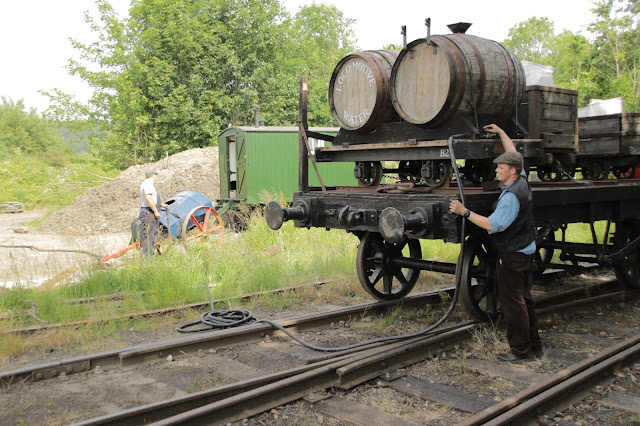 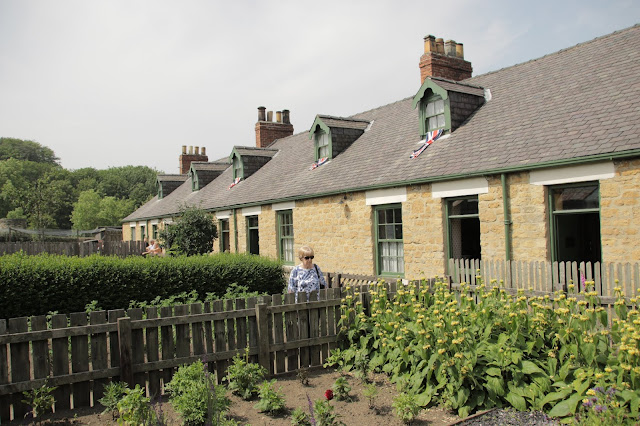 The local sawmill was very productive... 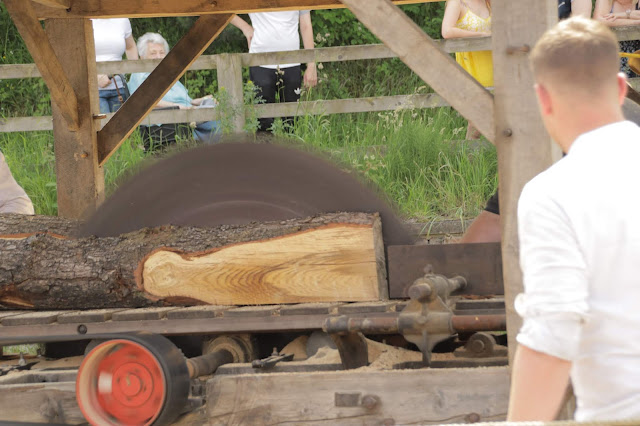 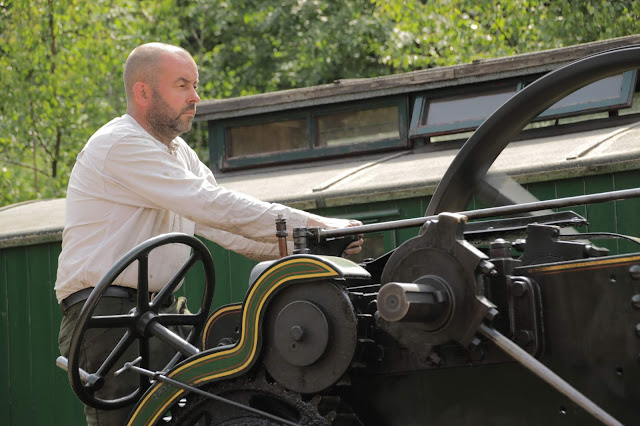 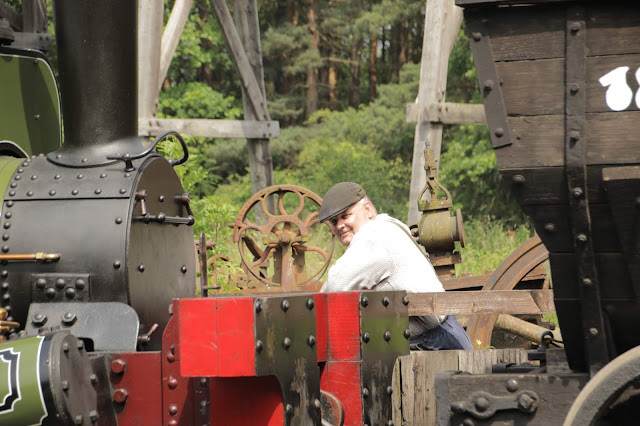 Wherever I lay my hat. 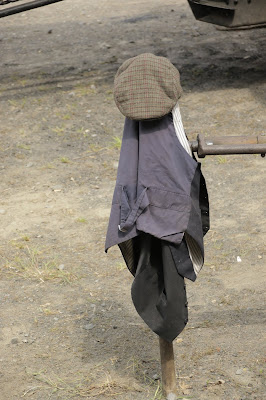 My apologies if theses pics haven't much zing but I'm too zonked to zing after a very hot but excellent day.
Posted by Sandy at 13:52