There was some intermittent sunshine when I walked down to Wauchope Cottage to have coffee with Tootlepedal this morning. We sat in a nice sheltered corner of the garden while we enjoyed our coffee and some excellent ginger biscuits but a nice warm jacket was still needed. We had a light hearted conversation and it was good to see Mrs Tootlepedal out for a brief stroll round the garden which is still retaining some vivid splashes of colour despite the end of autumn approaching.

My plan for the afternoon what's to get out on the Ebike and pedal round Solwaybank wind farm and see how it was progressing.
A rather dull set of photographs I'm afraid mostly due to the poor light and the lack of enthusiasm from myself to take this as a challenge and make the most of what was on offer.
I stopped briefly on the way up Callister to take these shots..... 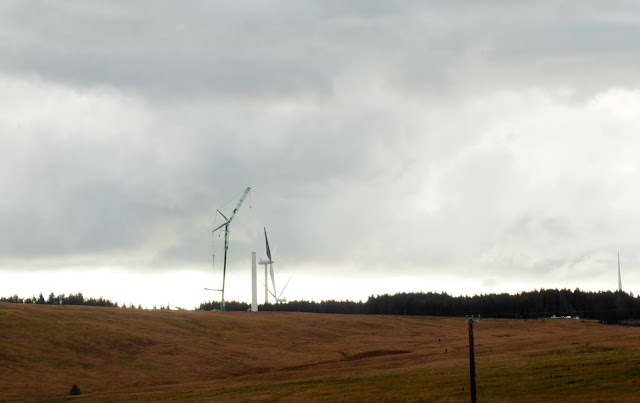 .....and stopped at the top to look over to Chapelcross which is currently being decommissioned. On research Chapelcross was built to produce weapons grade plutonium and electricity for the civilian market. Strange to think that we have come from scary times from the threat of a cold war to face something perhaps even more frightening in the form of a global pandemic, and arguably a safer way to produce electricity in the form of wind turbines. 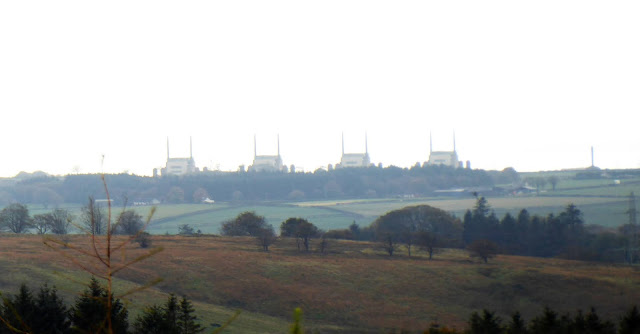 I didn't take any shots on the return part of the pedal as there was a light threat of rain as I approached Solway Bank, and I thought it was wise to head for home. The rain at that time didn't come to very much and I thought smugly I was home and dry until I started to descend towards Wauchope road and could see the valley was under quite a heavy shower but it wasn't too heavy to spoil my trip and I was soon home and into a nice hot shower. 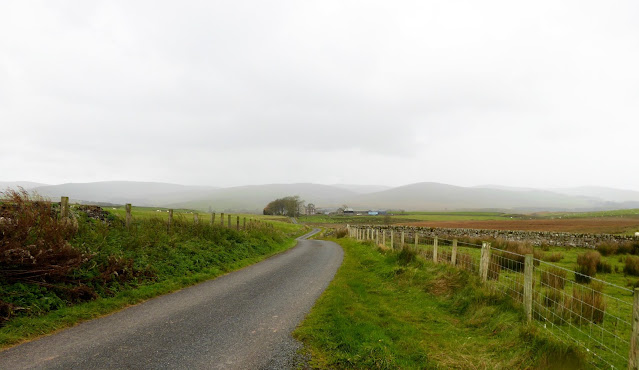 For those that are interested I did 22 miles on the Ebike and lost 3 bars out of five on the battery which gave approximately 7 miles per bar on the battery. There was a range of 5 miles left on the sport mode and 9 miles left on the tour mode. I didn't check the range before I set off which I will do the next time I'm out.
Posted by Sandy at 12:39