After a very laid back Saturday morning lounging on the sofa I gathered myself together, got my cycling togs on and set out. My aim was to head for the Canonbie area with the bridge being shut in mind. I headed off down the Tarras road with the intentions of going past Solway Bank wind farm in the opposite direction to what I normally take. I crossed the 7 at the Hollows turn off and headed for Chapelknowe.
At one point I took a wrong turn just before I came to Milltown on Sark thinking that is where they led the turbines in for the wind farm after about 2 miles and coming to farm on a dead end I then realized I had made a mistake as did the farm collie who seen me of the premises with loud barking and baring teeth, I made a very hasty retreat. But on the plus side I did get a different view of the turbines and also notice that three were turning, I presume they were being tested. 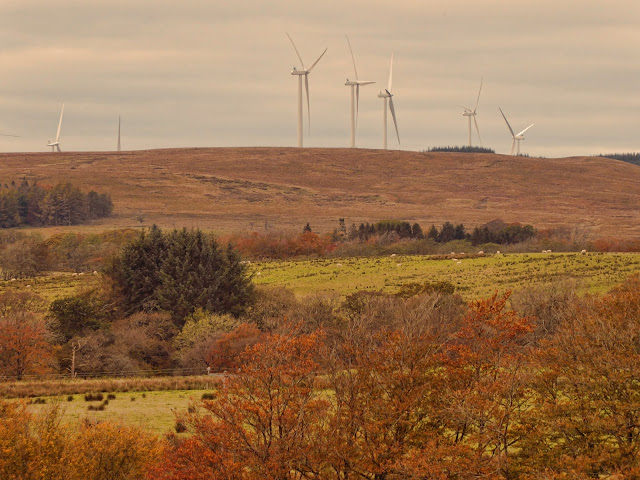 I eventually got back on track and remembered the road I should have taken was approaching Chapelknowe. I was held up fairly briefly at this junction to let about a hundred cows and calves past that heading indoors to be fed for the winter. I had an interesting chat with the young farmer and we discussed the massive task of getting the turbines onto site which he said it was very impressive to watch. He told me the stone that was brought in for the footings for the turbines went down at least 8 feet, the task was enormous he said. 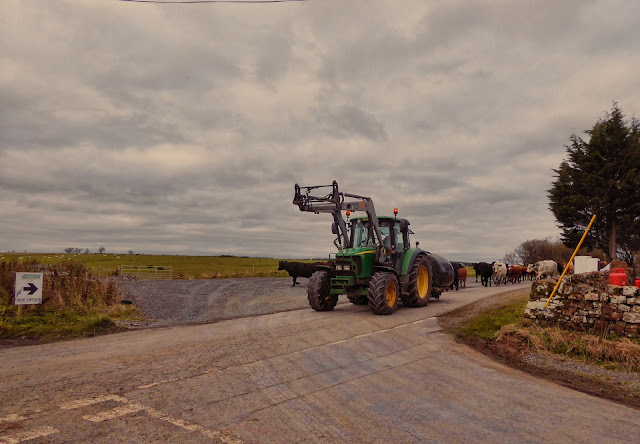 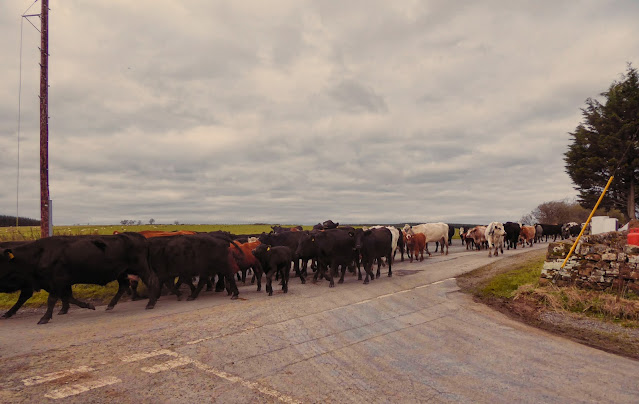 I casually pedaled on and came across this rather severe cut hedge dyke, I can only think it was to clear the telegraph wire from overhanging branches before winter sets in. It wasn't a pretty site but I'm sure nature will take care of the situation. 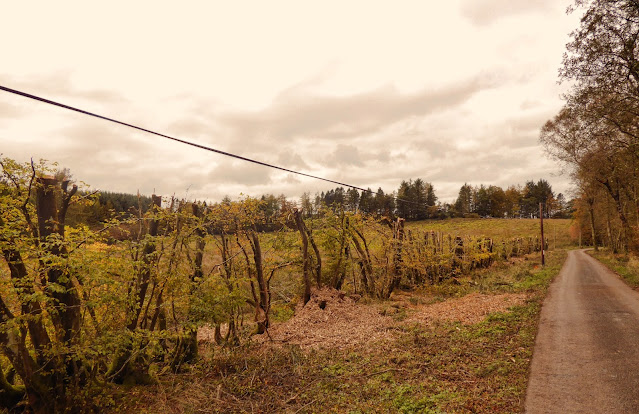 I came upon this lovely plane tree which was flaunting its coat of many autumnal shades. I just had to stop and take a picture....... 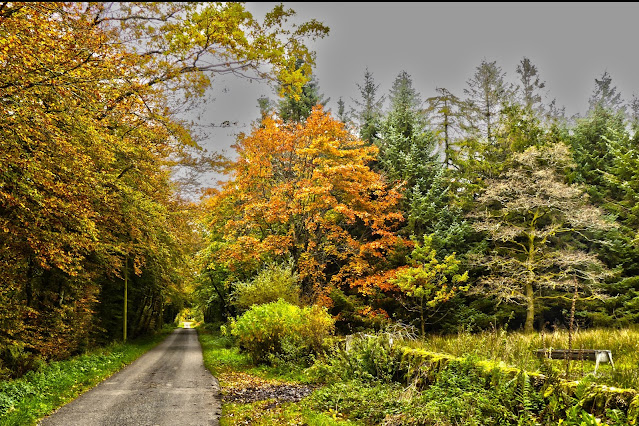 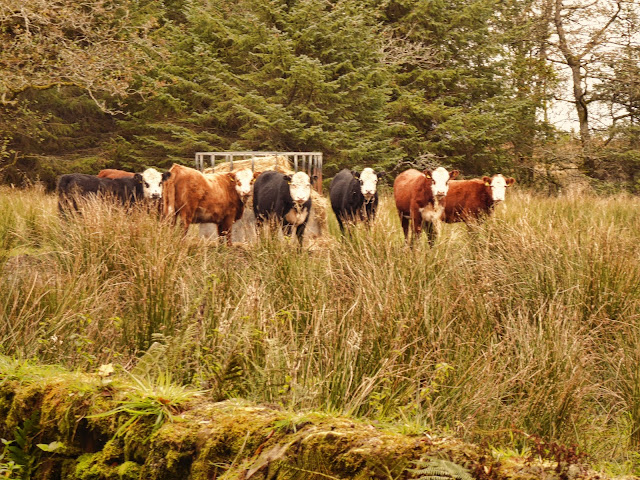 I cycled on pleasantly towards home. 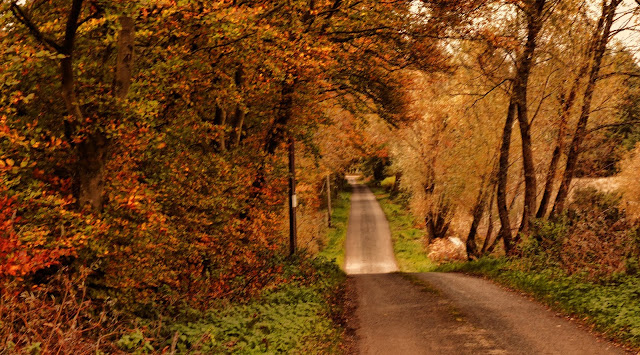 This was a pedal a little bit farther than I intended but very enjoyable all the same. I'm sure I'll sleep well tonight.
Posted by Sandy at 14:09