Shot off the Day

After a late lunch I gave Tootlepedal a call to see if he fancied a run up to the moorland feeder station for an hour before the light got too impossible for photographs, not that it was ideal as it was. He was keen to go as Mrs Tootlepedal was away visiting relatives for a week and he was at a loose end.

When I picked him up he said he could be the kiss of death and it would start raining when we got there. He was true to his word and all the pictures we got was from the comfort of the car. After a while the light level started to drop dramatically and it was time to leave. 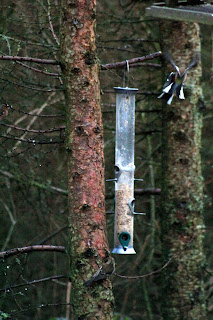 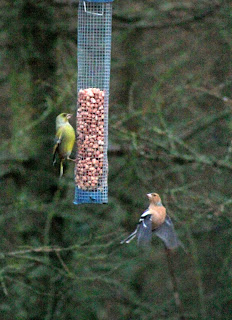 As the sky towards the west was quite bright I suggested we have a run over to Gretna. Tootlepedal suggested as it was a bit early for the Starlings we could have a run to Browhouses and have an attempt at some seascapes.

Whilst we were busy taking pictures we were approached by a friendly local gentleman who was quite informative about the immediate area. When we said we were about to leave and head for the starlings at Gretna he told us that they had been quite impressive nearby lately. We stopped part way up the loaning to take some photos of a partly flooded field we noticed on the way to the foreshore that looked quite interesting when we noticed starlings starting to gather on pylons and telegraph wires nearby. 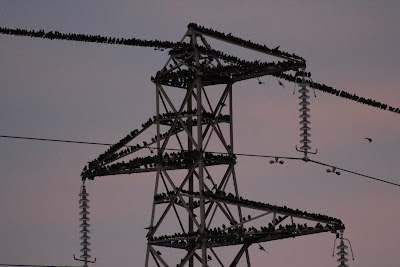 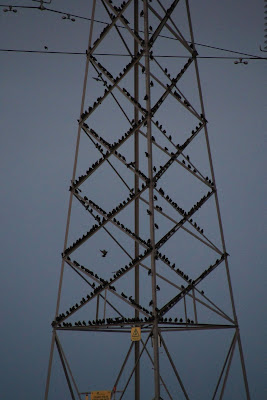 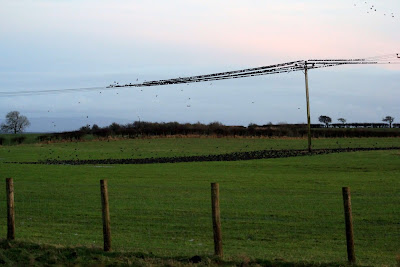 We abandoned the idea of going back to Gretna as this was starting to get quite spectacular. 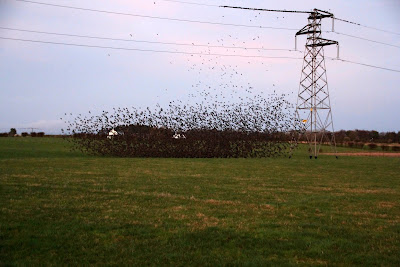 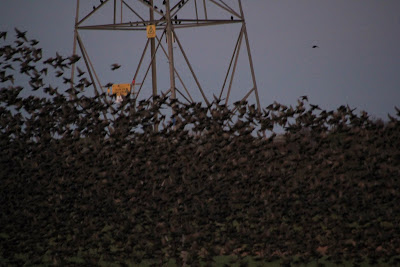 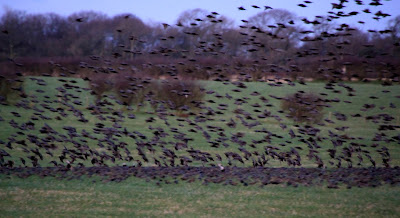 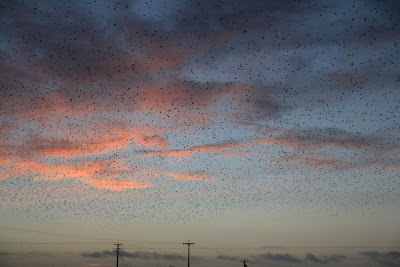 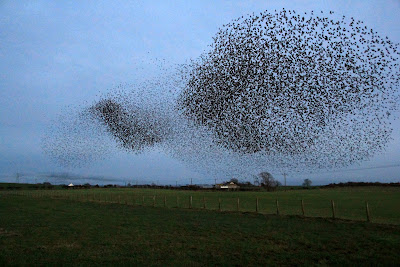 This was definitely the best display I have seen in recent years of going to see the starlings and with a bit of careful planning we intend going back very soon.

We returned by way of Gretna Gateway as I was in need of a new cosy hat and Tootlepedal said he could do with one too. We were very fortunate as we found what we were looking for at two for the price of one. To view our purchases and further starling pics visit Tootlepedals Blog .

When we got back to Wauchope Cottage Tootlepedal conjured up a very tasty turkey curry which I washed down with a nice glass of red wine. Whilst Mr T was busy making the curry I browsed through some landscape photography books he had been given for Christmas. One was very inspiring " Network Rail Landscape Photographer of the Year" and filled me with some ideas.