Shot of the Day

Last Saturdays glorious winter snow scenes was contrasted this week by a glorious early spring day. But we mustn't get too complacent as according to the forecast it's back to the wet and dull weather we have been getting lately. Never the less today's sunshine was most welcome and lifted one's spirits.

I had arranged to go to Dumfries with Mr & Mrs Tootlepedal to view Dumfries Camera Clubs annual photo exhibition, but before that I popped into the Farmers Market and purchased some venison mince on Tootlepedals recommendation. I also treated myself to some haggis, sausages, pies and tattie scones. I then went to Wauchope cottage where Mr & Mrs T were waiting for me. Tom had volunteered to be chauffeur as I was to be their guest for the day.

The drive across to Dumfries was quite delightful and the view over Dumfries was spectacular. Alison remarked it was one of her favourite Scottish views. The exhibition was being held in the Gracefield Arts Centre. Each participant had panels of three or four photos. There was a mixed bag of subjects ranging from portraits, landscape, wildlife to the bizarre but the quality was extremely high.

Both Tootlepedal and I noticed a great number of the photos were surrounded by a thin black line which made the print stand out within the mount itself and it might be good idea to try it ourselves. After all this viewing a cup of coffee in the Tearoom was called for.

On leaving the exhibition we noticed a large patch of daffodils protruding from the lawn and on closer inspection they were planted to spell out the word HOST. I would like to see them when they are in full bloom so it might be worth a return visit. In another gallery there was an embroidery exhibition which was to Mrs Tootlepedals delight.
We headed towards Caerlaverock National Nature Reserve stopping off at Glencaple and start taking pictures in earnest. The following selection is just a small selection but I picked out what I thought was of interest.

My highlight of the day was spotting an Egret out on the marsh. I managed to get a snap but I think Tootlepedal may have got a better one. Click here to see if he has and view his day. 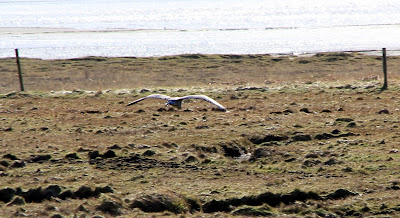 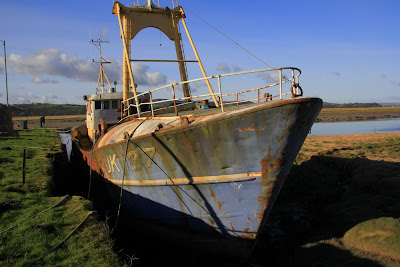 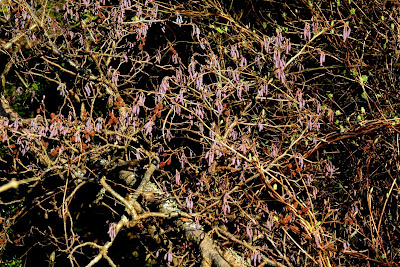 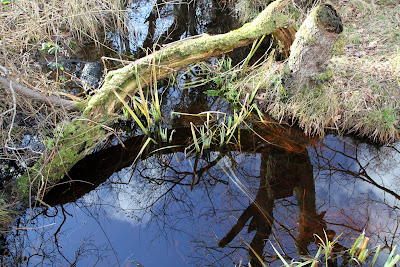 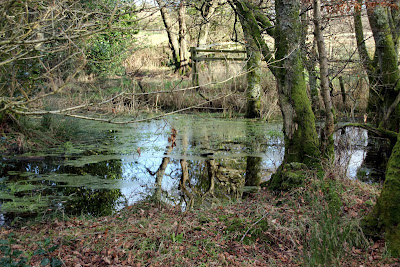 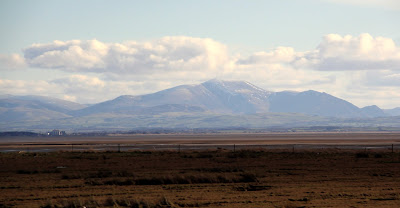 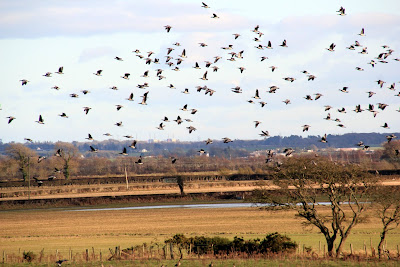 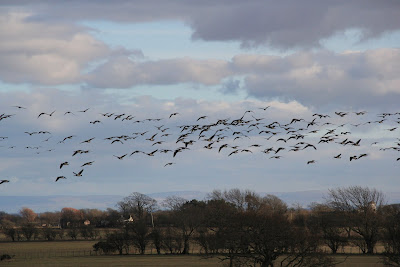 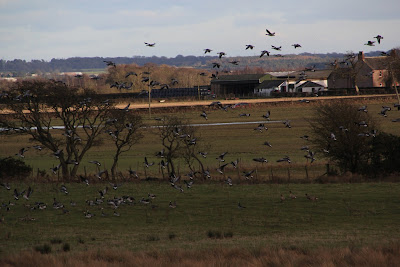 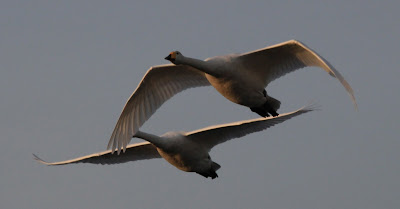 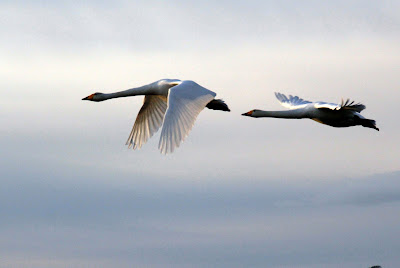 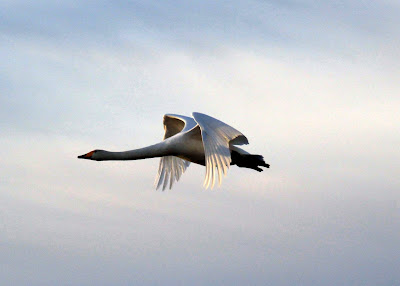 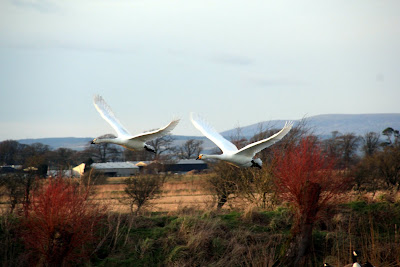 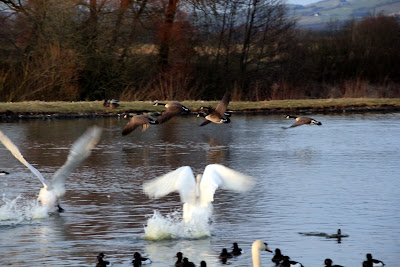 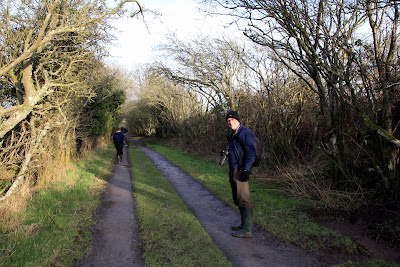 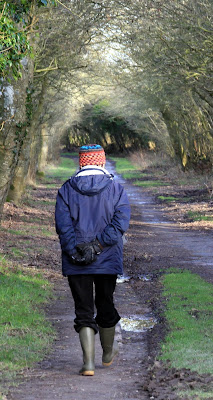 A new addition to the Wetlands 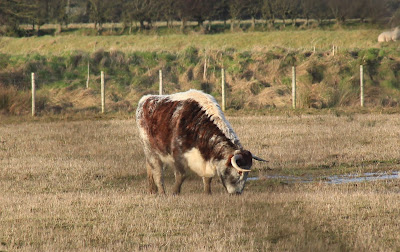 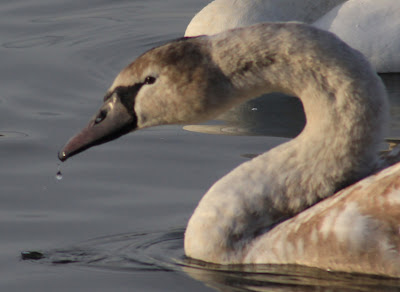 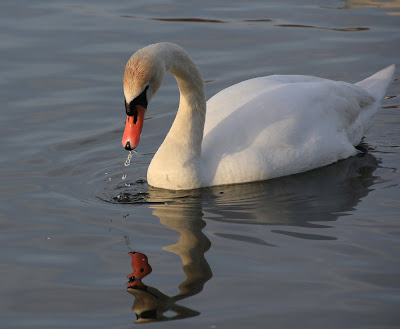 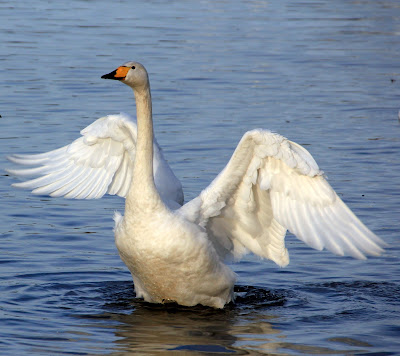 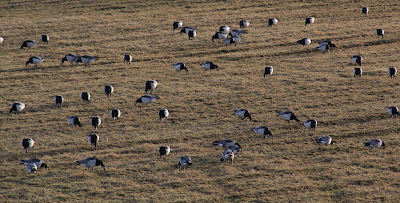 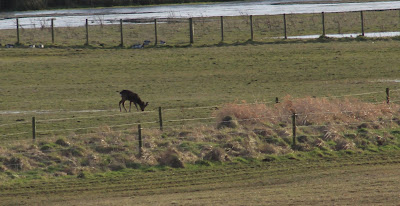 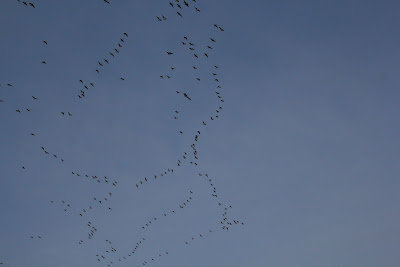 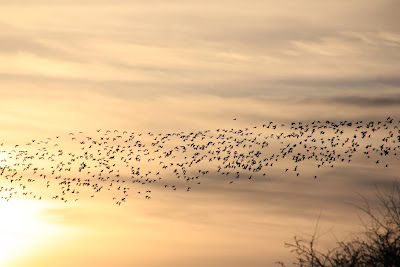 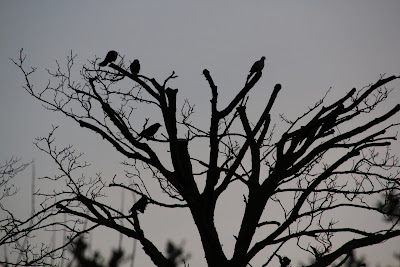 Packing up and heading for home 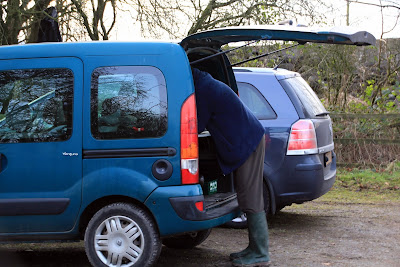 My day out in the company of Mr & Mrs Tootlepedal was an absolute pleasure. They along with some other  close friends have kept me going over these last dark few months and would like to let them know how much I appreciate their friendship and also the kind comments on the blog.