There was a thick layer of snow on the ground when I looked out this morning and according to the weather forecasters it was to snow heavily into the afternoon then turn to rain which it did. After a light breakfast of tea and toast I wrapped up and headed for Wauchope Cottage for coffee with Tootlepedal, Arthur and Dropscone. Dropscone has just returned from a holiday in France with his family and was bearing gifts of world renowned prunes for Tootlepedal .

After coffee, crumpets and a light hearted discussion about what ingredients should or shouldn't go into pies Arthur and Dropscone departed.

Tootlepedal and I decided to go for a short walk round the new path on the Castleholm. Mr T kindly loaned me a pair of waterproof trousers for the duration. This on hindsight probably wasn't such a good idea because taking photos holding an umbrella in windy, snowy  conditions proved rather difficult. Tootlepedal had sandycam and I made do with the camera on my phone. 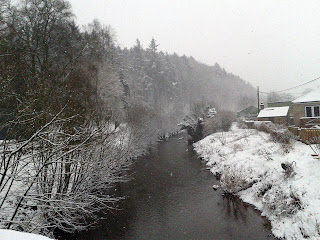 This is the scene looking up the river Wauchope from the park bridge. 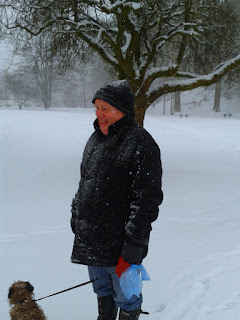 As I wanted a photograph of the War Memorial we made a detour into the park where we met local historian and Paper Shop proprietor Billy Young walking his dog. Billy and Tootlepedal are both members of the local amateur choir and discussed whether it might be sensible to cancel this evenings practice due to the weather. The decided to leave it until mid afternoon before making a decision. 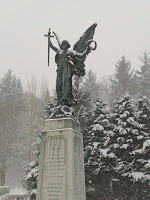 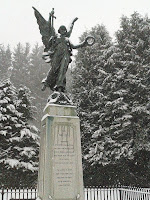 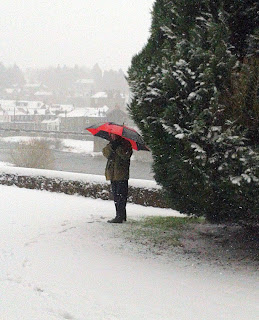 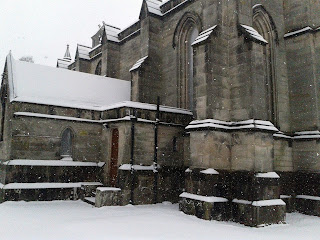 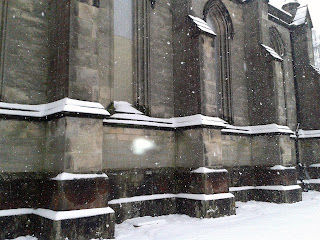 The rest of the walk didn't provide many opportunities for taking any decent shots as can be seen by the following pictures.

The Meeting of the Waters 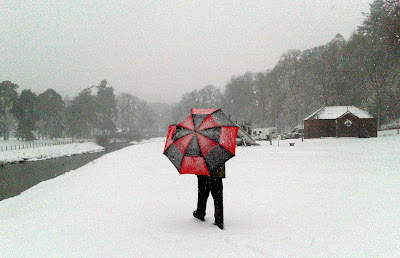 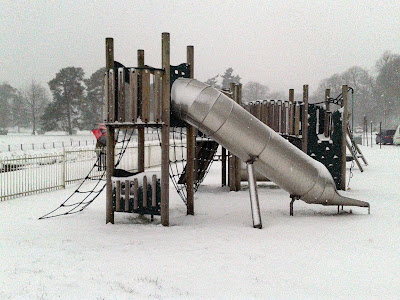 A miniature snowman enjoys the view from the Sawmill Bridge. 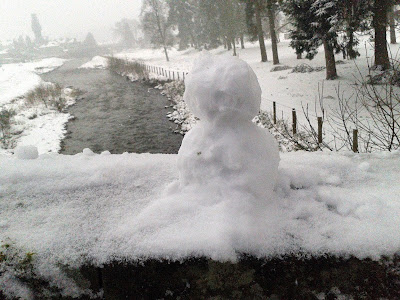 Looking rather wintry on the Castleholm 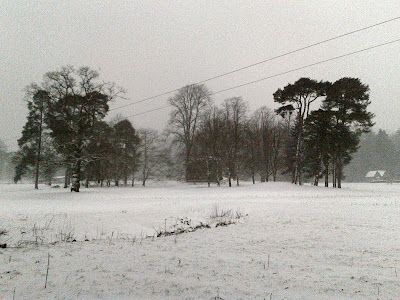 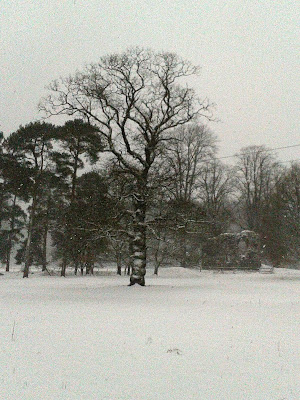 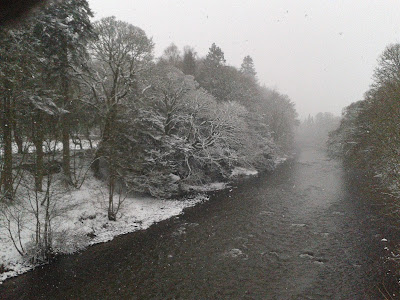 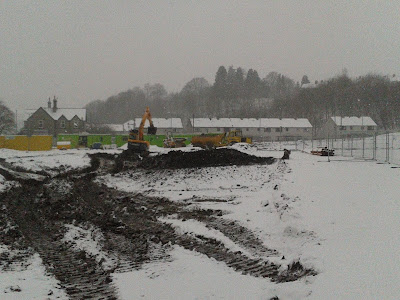 We made our way back to Wauchope Cottage where I had been invited to stay for lunch which was very much appreciated.
After lunch I headed home to start working on a collection of 8mm films the Archive Centre had been given. These had been scanned and put on to a hard drive ready to be edited, but to my dismay my computer announced it didn't have the appropriate video card installed. This was all topped by my central heating system breaking down. Fortunately I have a gas fire in the living room and I'm well wrapped up, hopefully the heating engineer will get back to me soon but at this time of year I would imagine he'll be rather busy. Just as I write this he has just phoned and will be here first thing in the morning.

I also got a phone call earlier from Alan Weatherstone informing me that a large box of glass negatives had been found at Latimers shop and that the Archive Centre were welcome to them. This adds to the large collection of photographs we were given last week and to the 8mm films that need to be worked upon. There are plenty of volunteers working on indexing the E&L, but at the moment I'm the only one working on the photography side of things so anyone willing to give me some assistance to reduce the workload would be more than welcome.

Shortly after having a nice unhealthy fry up for my tea which included some delicious haggis from the farmers market I got a phone call from Kenny Bell to remind me that we were going out for a meal with two of his friends from Beverley along with Norman Allen.  After a bit of a mad rush to get ready I met Kenny & friends at the Douglas Hotel and had we had very delightful meal even though I could only manage the main course. Kenny's friends were first class company and it is nice to know I'll meet up with them in May when Kenny's niece  gets married in Beverly Minster.