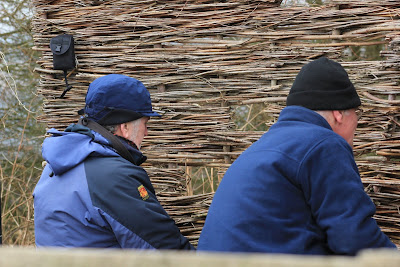 I must say I do enjoy my Wednesdays off, it allows me to arrange appointments without taking a day off work and to do some housework which leaves the weekends free. Today there were no appointments but I managed a bit of housework in the morning.

Malcolm phoned to say he was on his way for a visit and he would meet me at the moorland feeder station which was handy as Tootlepedal had phoned earlier to say he was going to fill the feeders later and could I join him which meant we could all meet together.

When we got there it was bitterly cold, the sort of coldness that goes through your skull and hits your brain even though you've got a hat on. We hurriedly filled the feeders and got sat down behind the hide. After a short time Malcolm arrived and we all got settled down to watch the birds and hopefully take a picture or two.

Unfortunately the hide wasn't designed for three, so as I was stuck in the middle with no viewing hole and there was no chance of getting any shots I moved the car and used that as a hide and that is where I got all the shots on this post. 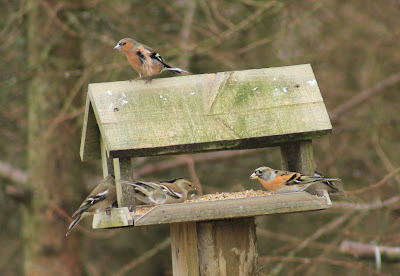 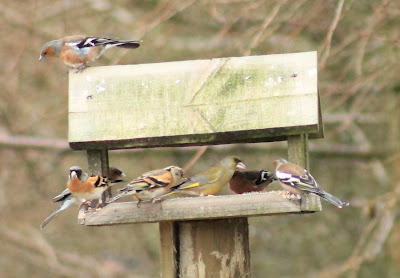 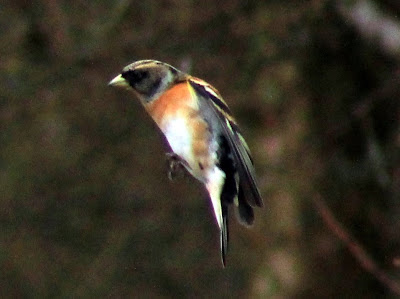 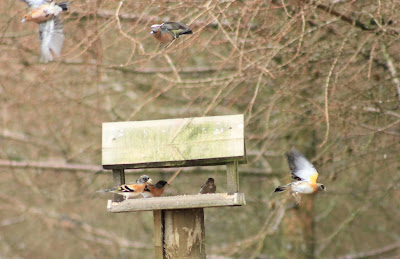 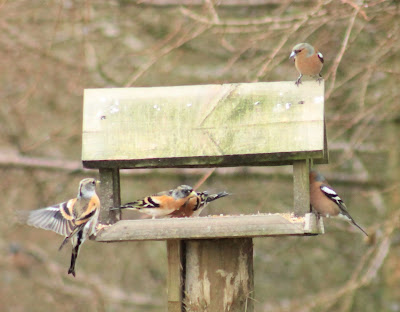 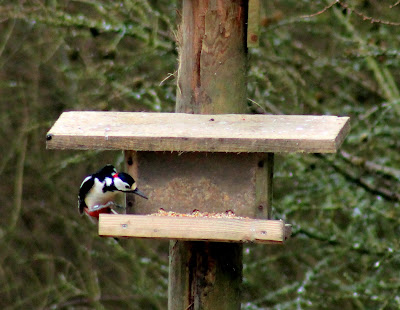 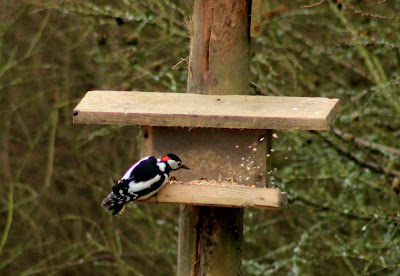 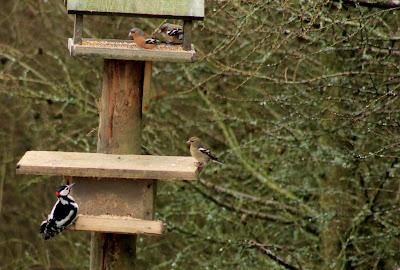 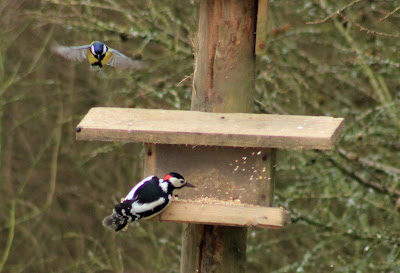 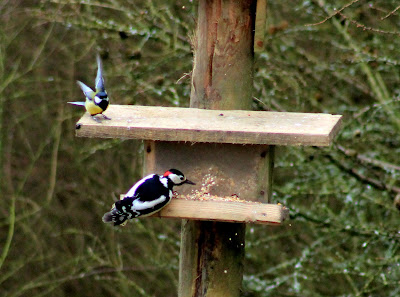 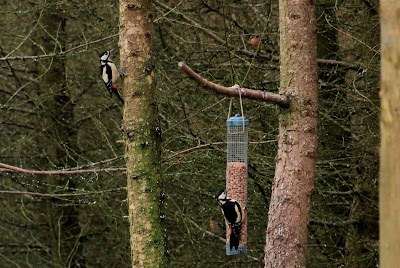 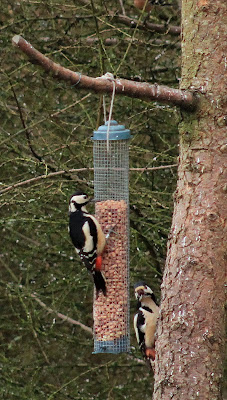 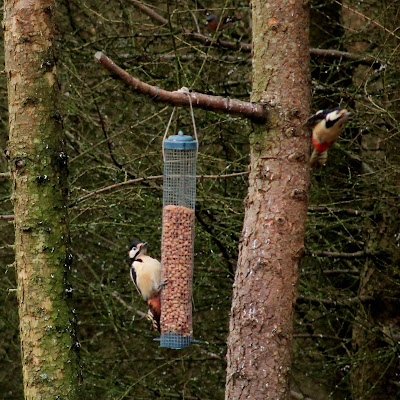 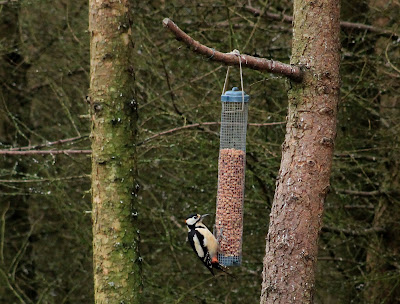 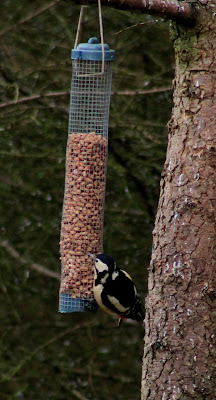 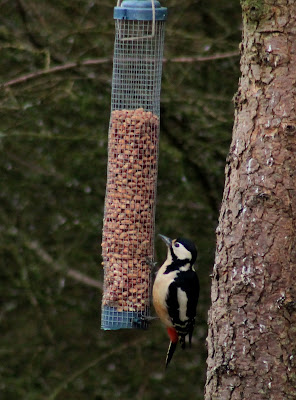 After a while Tootlepedal sensibly said he had had enough and was going home, about twenty minutes later we followed suit. Apart from the cold I was reasonably happy with the shots I took.
Posted by Sandy at 14:05