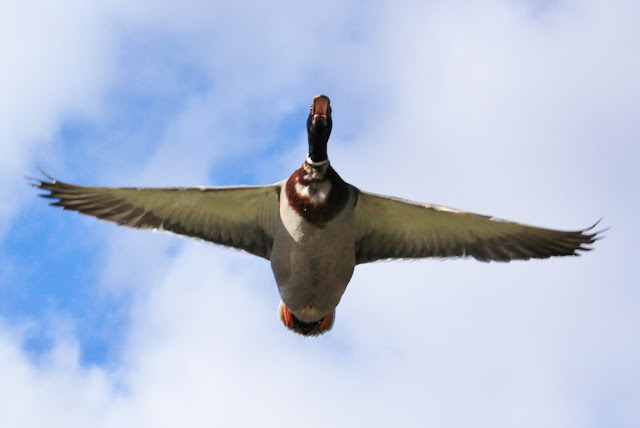 The day looked promising when I got up this morning, so after a few household chores I decided to take the bus to Carlisle to visit the Continental Market that has been in the city centre over the Easter weekend.


Just as I was getting ready to go I noticed some activity going on around the nest cam box. A pair of blue-tits were giving the nest box a good looking over.  Hopefully they will start building soon and I can post regularly of their progress. 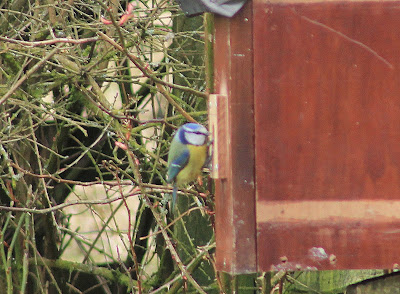 The market was reasonably busy when I arrived though everyone was well wrapped up inspite of the sunshine. There were lots of colourful stalls and a great many culinary tastes were catered for. 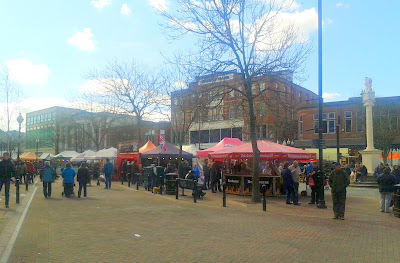 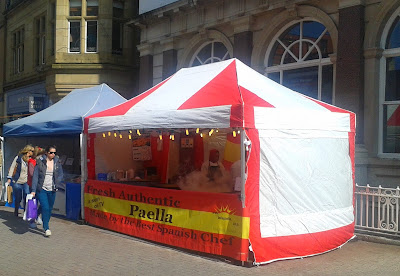 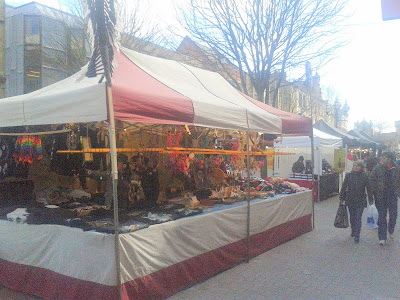 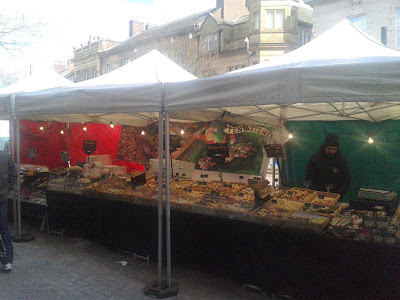 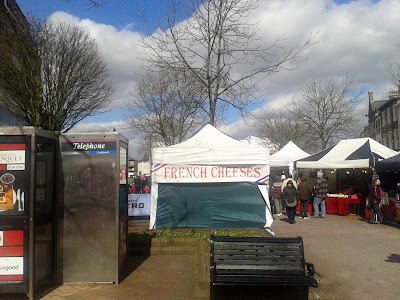 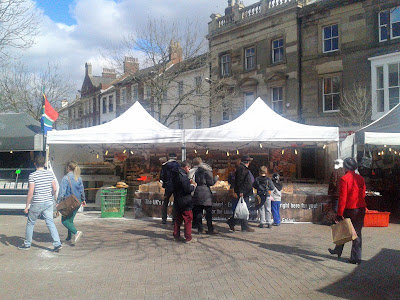 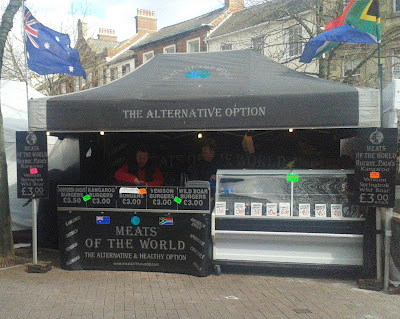 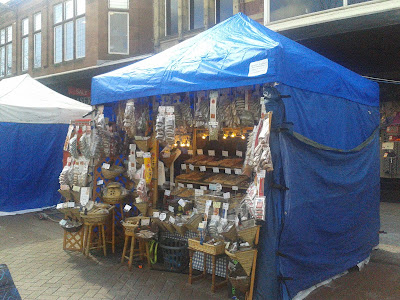 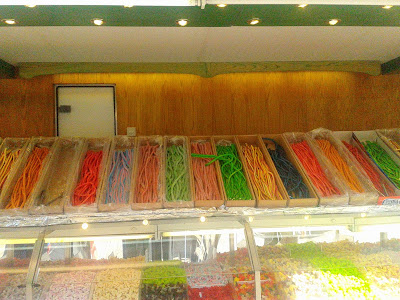 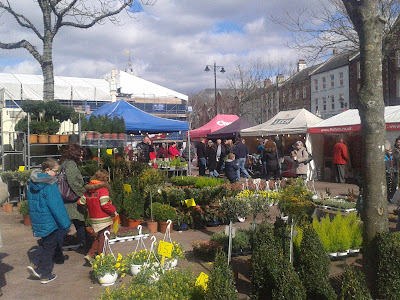 Angie Kaye and young James tucking into some of the continental delicacies. 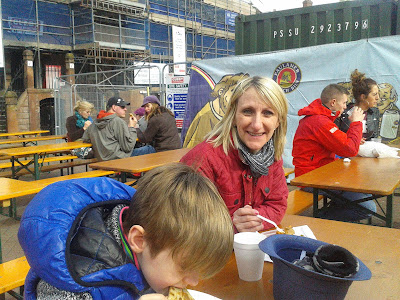 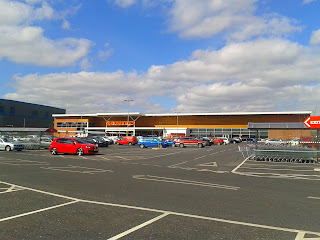 After a good browse I decided to take a walk to the new Sainsbury store that opened recently
I had a £25 voucher that was burning a hole in my pocket and needed spending. It is a rather impressive store with ample space between the aisles and doesn't feel claustrophobic. I made an excellent purchase of a rugby top, T shirt and a shirt all for the sum of £2 so I was well pleased.


On the way to Sainsbury's I passed several landmarks

The old town hall under going an extensive restoration program. 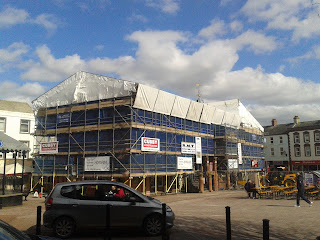 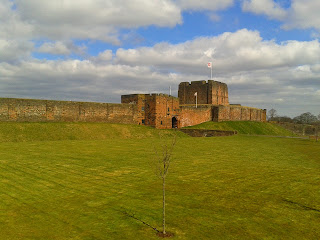 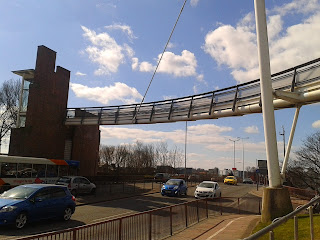 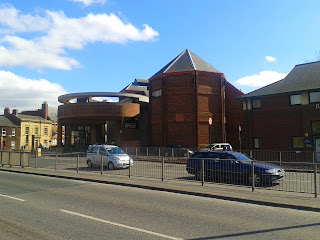 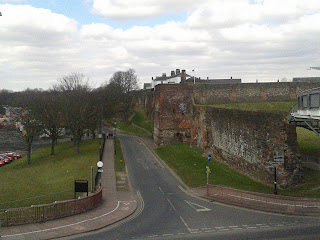 On route back to the market I paid a visit to Tullie House to see their latest exhibition TRANSMITTER/RECEIVER: The Persistence of Collage which featured works by such artists as Ben Nicholson and Grayson Perry but it wasn't to my liking at all, weird images accompanied by weird music. I made my way back to the market and purchased a tasty hog roast roll for my lunch and then I managed to catch the next bus home.

I got a call from Tootlepedal to see if I fancied a walk round the pheasant pens, I picked up the camera and met him at Wauchope Cottage. This is a regular walk not only for Tootlepedal and myself but for many other locals. 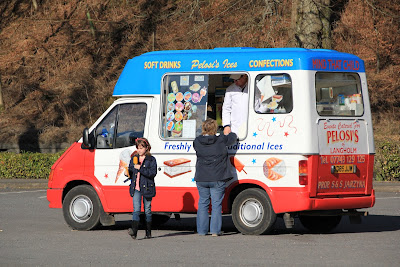 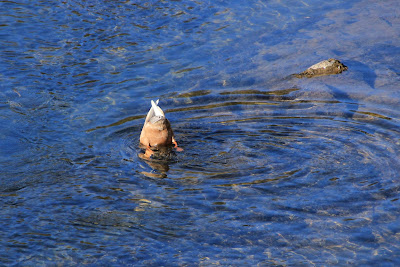 I just loved the expanse and the light on the branches 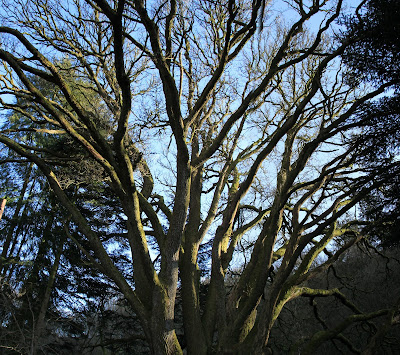 I did this as a panorama but in portrait form, I think it works rather well 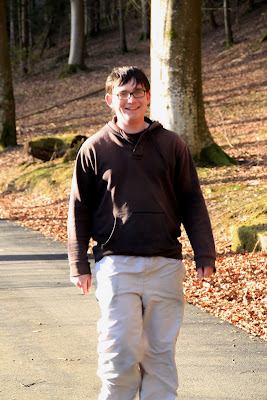 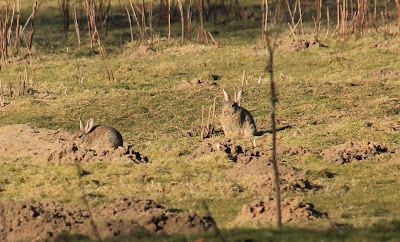 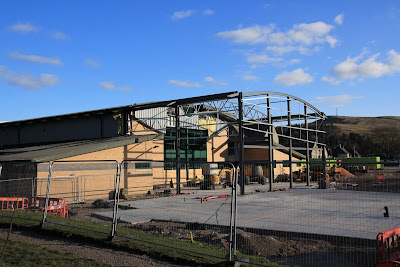 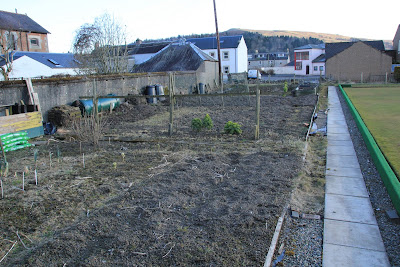 When we returned to Wauchope Cottage Tootlepedal invited me in for a cup of tea and a toasted teacake but I politely declined as I had a chicken curry that had been cooking in the slow cooker all day and needed some serious tasting.
Posted by Sandy at 14:12