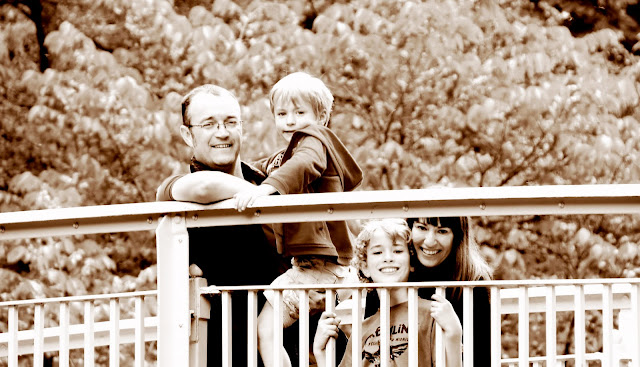 Joe and Sandy came to stay on Saturday night as mum and dad were staying with friends in Hawick. They all arrived at lunch time and it was nice to have all their company for a while. After mum and dad left the boys were keen to get out. They like to visit the wood at the top of the Galaside and would dearly love to go on their own to play but it is a busy road with wood wagons and I'm afraid to let them go on their on. Never the less they enjoyed having a go on the swing that someone had managed to attach to a tree. 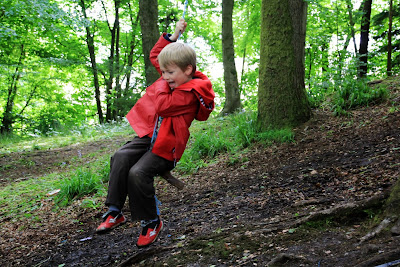 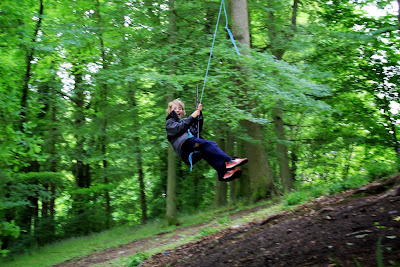 But before that we had a run up to the feeder station to see if we could spot a Woodpecker and we were in luck. Unfortunately I was so intent in watching the boys I didn't take a shot of the woodpecker 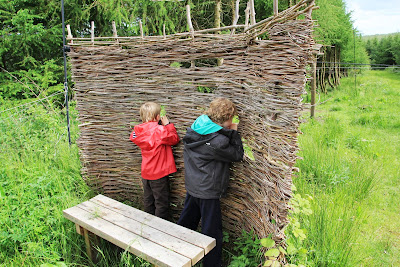 This is what they were looking at 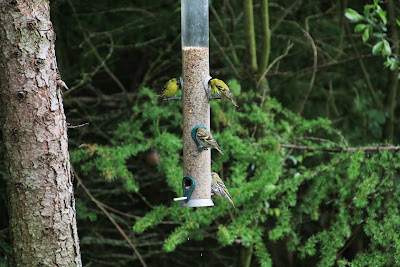 As Sandy was showing an interest in my camera I asked him if he would liked to take a photo of Joe and I.  I'm very impressed at the result as the composition is all his own. 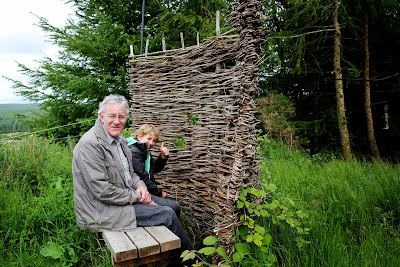 After they had some time on the swing we headed towards the Duchess bridge to see if there would be any sign of the Nuthatch at the Lodge. Unfortunately it flew off as we arrived and never returned the time we waited which wasn't very long to be honest. 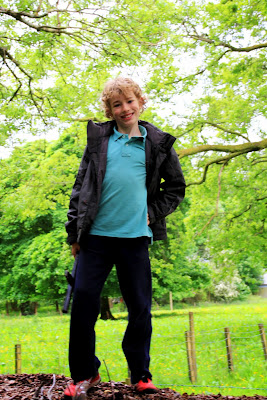 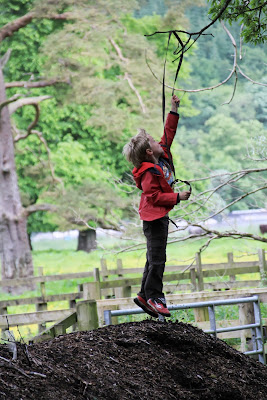 As we were leaving I could feel a few spits of rain and by the time we got a few hundred yards it was quite heavy and we had to to shelter under some convenient large trees. We were quite sheltered and it gave Joe a chance to show off his bush craft skills while Sandy ran amok amongst the trees. 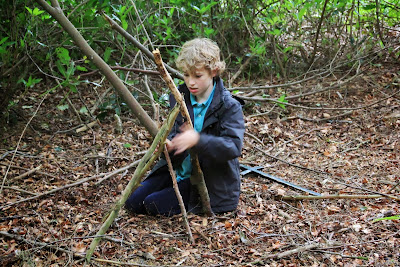 Eventually it eased up enough for us to move on. We eventually made it home, damp, exhausted and ready for a pizza.

On Sunday morning Joe & Sandy kindly woke me up at 6 am to give me the card and present Neil and Kate had left me for Fathers Day. The boys spent the morning playing games on my laptop before it was time to head for Hawick where we were to meet mum and dad at Wilton play park. They are great boys and a pleasure to have any time.

I'm pleased to say the boys managed to see the Blue Tit chicks but only just. When I looked this morning at 8:30 there were three and after I looked again shortly after one had fledged and by the time I returned from Hawick the other two had gone. I'll miss them as they have have provided me with a great deal of pleasure over the past few weeks.