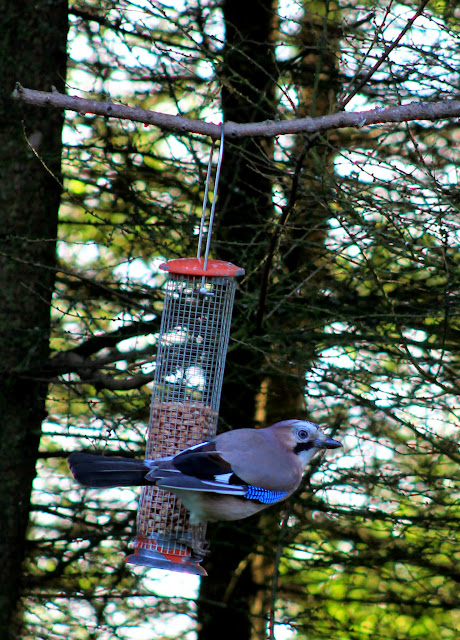 After filling the feeders at the moorland feeder station and conducting some personal business in Carlisle this morning I returned to take my turn manning the exhibition. Tootlepedal appeared after a  while which was good as it allowed me to pop round to the Corner Cafe to get a coffee and sandwich to take away. When I returned Fred and Irene had appeared; They had travelled up from Carlisle especially to see the exhibition and seemed to be very impressed with the variety and improvement of standard since last year. It also gave Tootlepedal a chance to show off his new child disinheriting lens to Fred and I. It is hefty piece of equipment and I hope he gets the results that one would expect from a lens of that quality.

Fred and Irene left to visit the new craft shop that Laura Ellis has recently opened on the High Street; Blue Moon Crafts (Crafts from the Muckle Toon) well worth a visit. The insect repellent Bog Off is worth a try against the ferocious midge's that are about at the moment.

I wasn't overwhelmed with visitors during the afternoon but the few I did get were very complimentary. After I shut shop at 4:00 pm I joined Tootlepedal at Wauchope Cottage for a quick cup of tea before going to do some Harrier Spotting. Tootlepedal was keen to give his new lens a serious try out.

We had got ourselves comfortable on the new folding chairs that Toot had purchased recently and sat back and waited. After about twenty minutes Cat Barlow paused as she was passing and informed us that the Harriers were being sighted on average once an hour then busily drove off. On this information we decided to sit at least a full hour.

To pass the time I took a shot of some of the flowers on the roadside..... 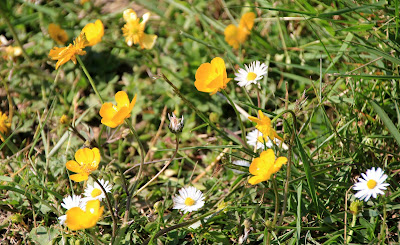 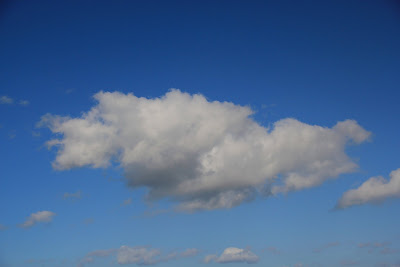 Eventually we were rewarded with a few sightings of the Harriers and I managed to witness a food pass in the distance. It would have been even better if I had packed my binoculars when I came away in the morning, but I did get some shots that were better than I'd hoped for. 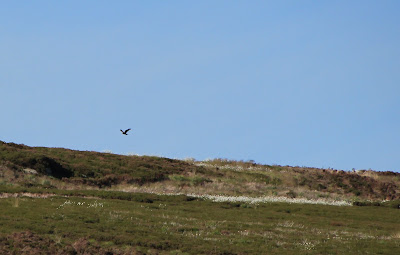 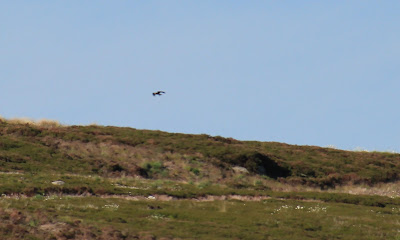 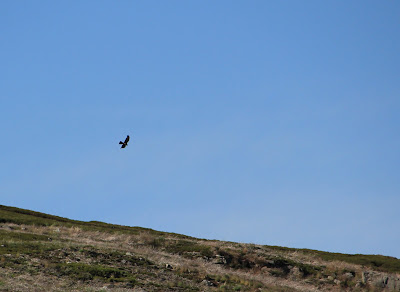 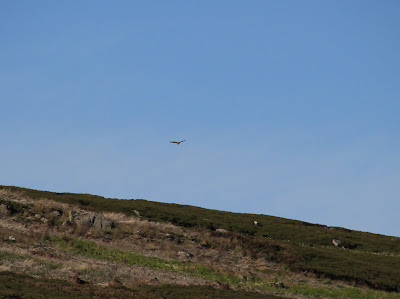 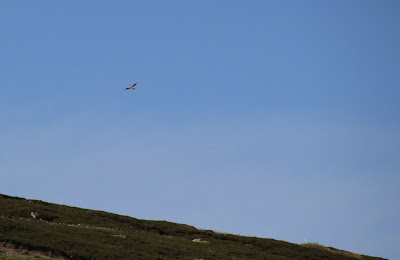 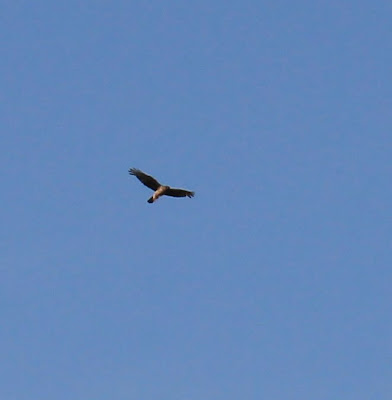 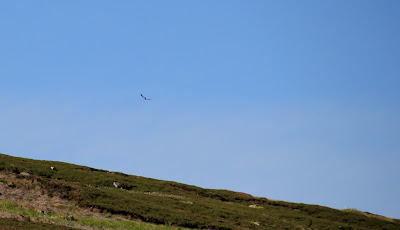 Click on Tootlepedals blog to see his results.After a while we decide this was as good as it was going to get and it was time to head for home; Tootlepedal to choir practice and I to visit the feeder station to see if I could get a shot of the Jay Tootlepedal saw in the morning.

The birds must have been very hungry today as all feeders were to fill again before I set the camera up on the tripod and settled down behind the hide and enjoyed the small snack I made as I was hungry as well.

A Reed Bunting made an appearance as it did for Tootlepedal on his visit in the morning.... 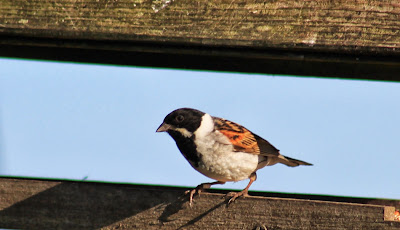 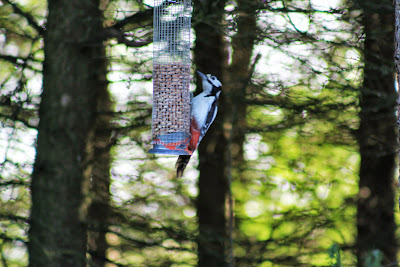 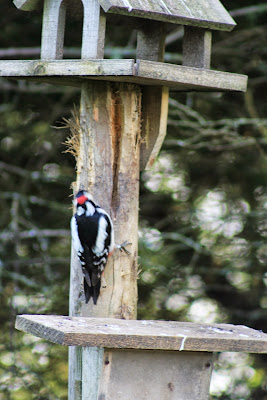 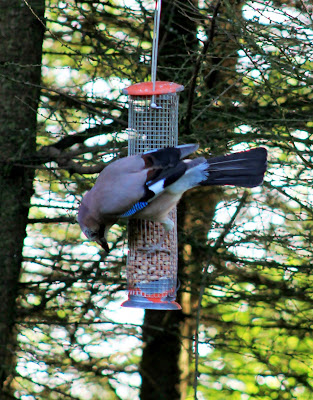 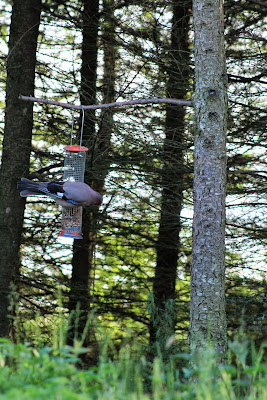 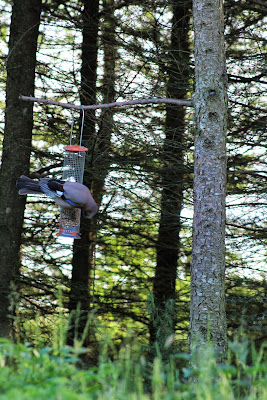 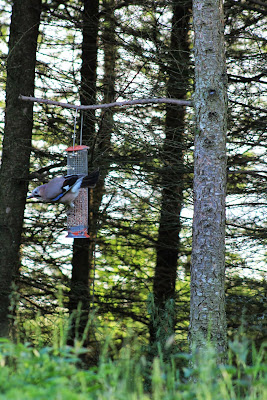 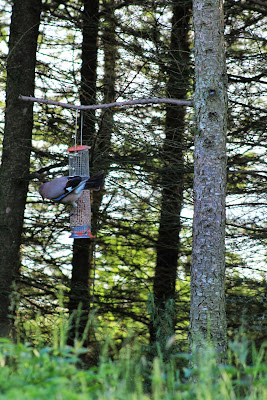 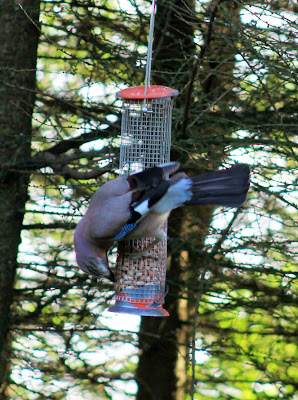 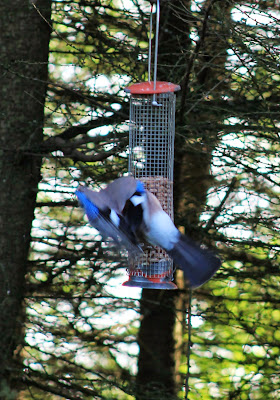 The midges were starting to bite and as I had left my Bog Off (which can be purchased at Blue Moon Crafts From the Muckle Toon) at home it was time to retreat and head home to compose this post. all in all, it was an excellent day well spent.
Posted by Sandy at 15:44