A Swallow and Jay Day


Shot of the Day 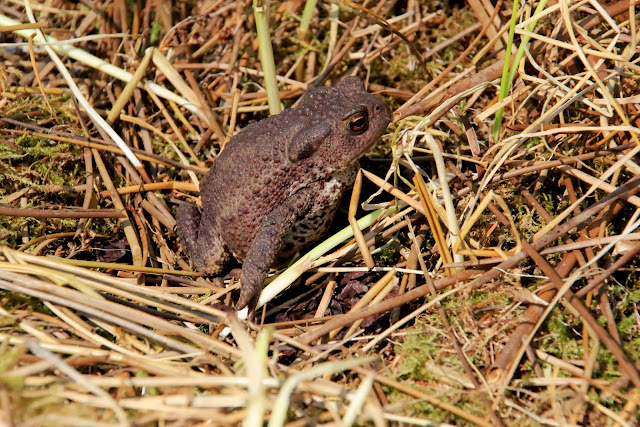 After a leisurely breakfast I went to fill the feeders at the moorland feeder station. I had been beaten to it by Cat Barlow, she had been up to the station to do some ringing earlier and was all packed up and just about to leave when I arrived. She informed me the she managed to ring  about sixty birds one being a Tree Creeper.

I set up my spotting scope and trained it on one of the nut feeders. I didn't have long to wait until a Woodpecker obliged. This was, I think a female flitting back and forward between the nuts and seeds feeding a young Woodpecker on a nearby tree. 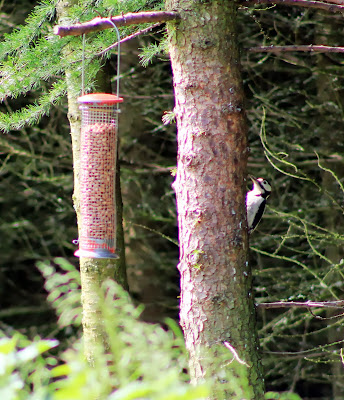 Only the tastiest seeds will do. 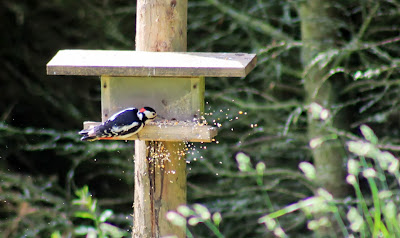 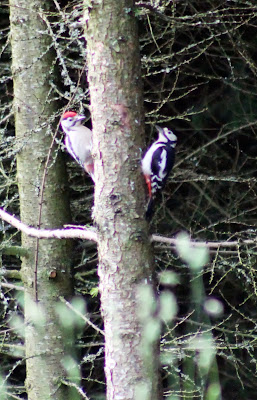 I  was just about to pack up for lunch when the Jay arrived. Up until now I had only seen a Jay as nothing more than a passing flash of colour so to be afforded this recent opportunity is real bonus. 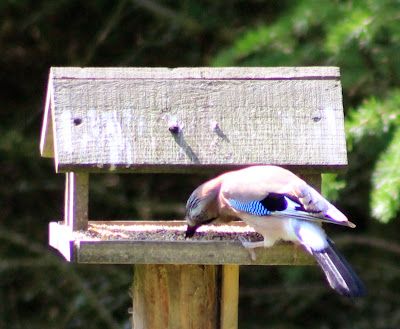 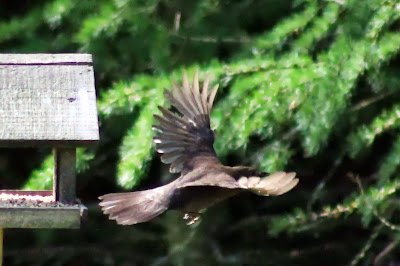 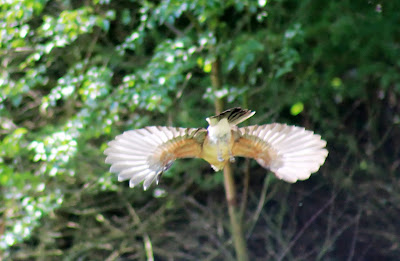 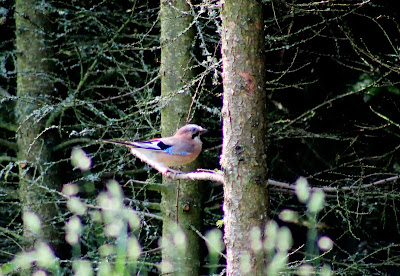 A Pheasant checks to see it is safe to come out. 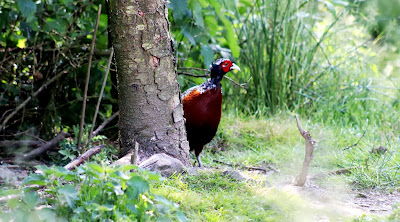 It was my turn in the afternoon to be on duty at the Photography Exhibition in the Town hall Gallery. I had to wait an hour for my first visitor which was Tootlepedal who had come to keep me company for a while, this gave me the chance to show him the new wildlife camera purchased. Tootlepedal was also thinking of buying one but has wisely decided to see the results of mine before going ahead. I now just need to work out how to use it.

I had very few visitors during the afternoon but those that did come spent a considerable amount of time looking at the exhibits and were very gracious in their comments. I even managed to sell one of mine. This was to well established local artist, and if they feel one of my photographs is good enough to hang on their wall, I take that as the ultimate compliment.

After I locked up I joined Tootlepedal for a cup of tea and a biscuit. He told me he had cycled up to where the Nuthatch was nesting and said it might be worth my while setting up the camera with the remote and try and get some shots of the Swallows that were feeding their young in the nearby shed. He declined to join me as he was feeling too tired. As you can see from the following shots his advice was well founded. 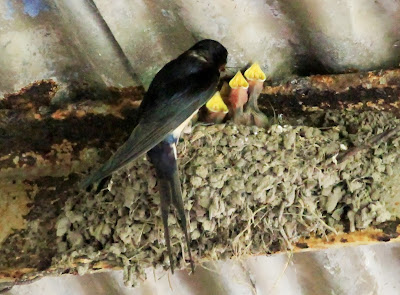 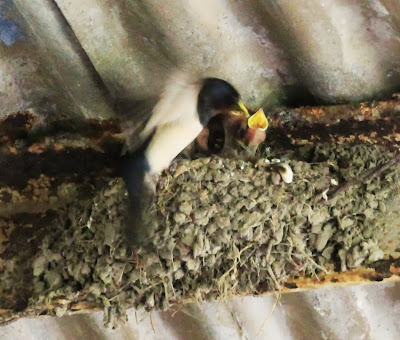 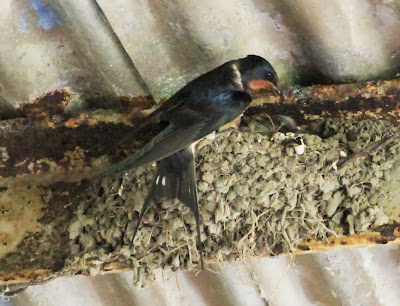 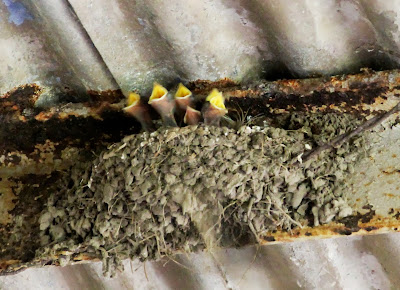 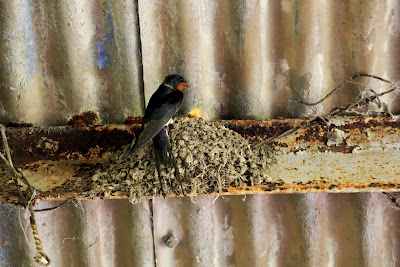 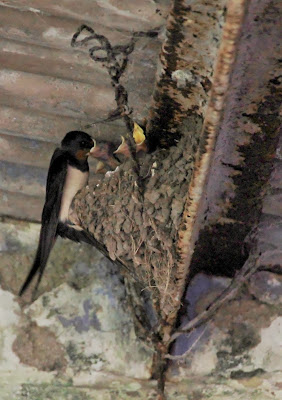 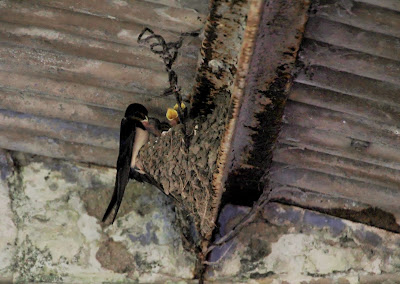 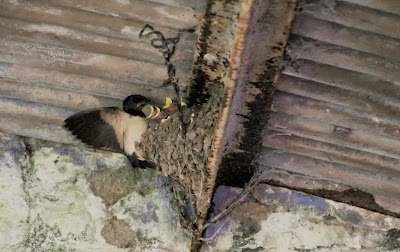 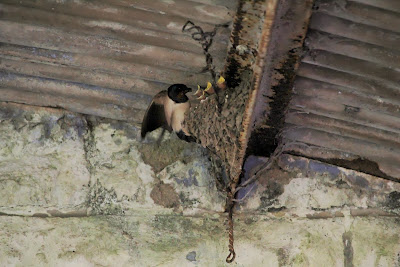 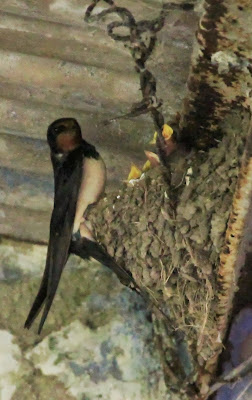 After a while I was joined for short time by Charlie and Vi Graham who were very interested in what I was up to they also told me they had visited the exhibition and were quite impressed at the quality of work that was on show. Vi herself has love of painting and told me she has an exhibition coming up later in the year.