Blowing the Cobwebs Away

On Saturday I joined Tootlepedal to keep him company for a while during his mid-day stint looking after the exhibition. I had been in earlier to show off our good work to two of my work colleagues Ian & Aileen Garner. They took their time studying the photos and were very impressed by the overall quality and variety of styles that were on show. Ian and Aileen have become allotment tenants in the last couple of years and are  now very keen gardeners so they were keen to come to my home for coffee and a look at my garden. I finally left them to wander round Latimer's Tardis like shop hoping to purchase a suitcase.

I left Tootlepedal to attempt his daily crossword and went off to try and get some more shots of the nesting Swallows. 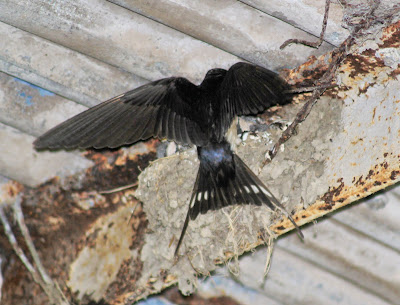 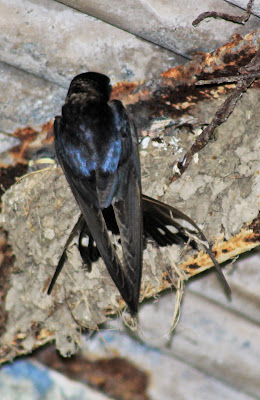 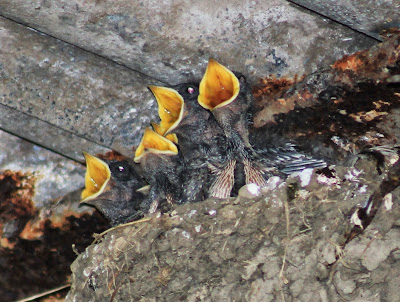 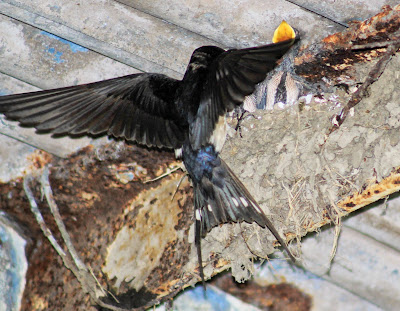 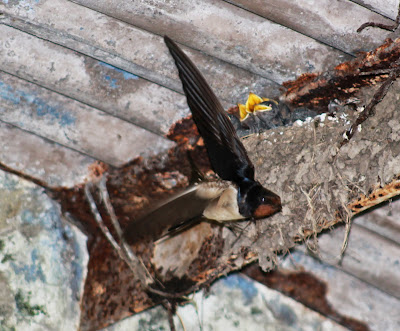 In the evening I was invited to join Carole and Malcolm and some of their friends for a Gurkha takeaway and to stay the night. This was very enjoyable with some light hearted conversation.

In the morning Carole suggested a trip to Silloth for a walk to "blow the cobwebs out"! Believe me! it certainly did that. On the way we stopped for coffee and scones at a little

This is the scene when we arrived.
It was more like an Autumn day rather than the last day of June.

Even though it was rather cold and very blustery, it remained dry. We were just about to head towards Skinburness when Carole spotted a RNLI Lifeboat heading for shore so we waited to watch the manoeuvring skill it took to get the vessel back on shore. 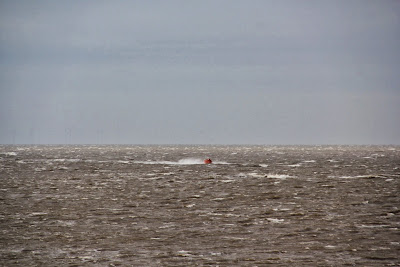 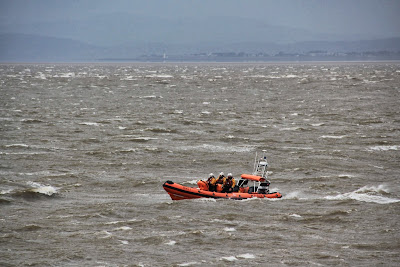 The landing cage being prepared 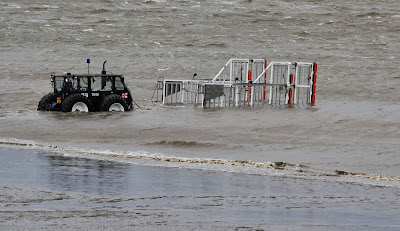 This manoeuvre obviously takes a lot of skill and it took several attempts due to the choppy conditions. 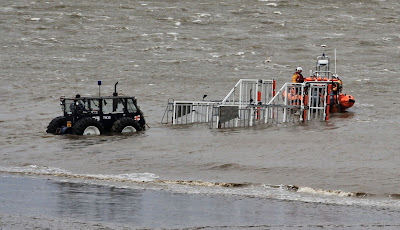 circling round for another attempt 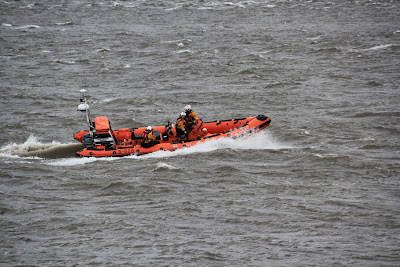 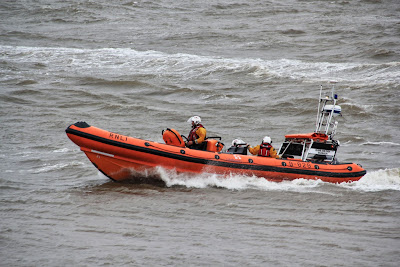 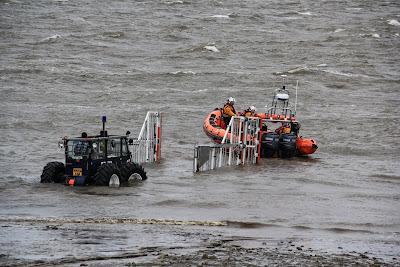 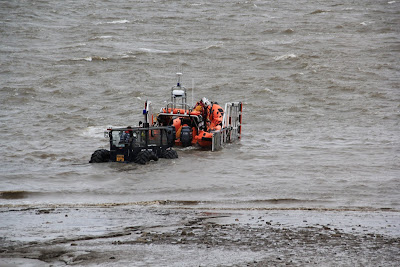 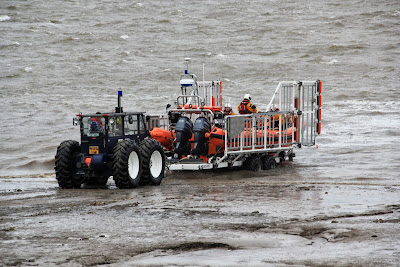 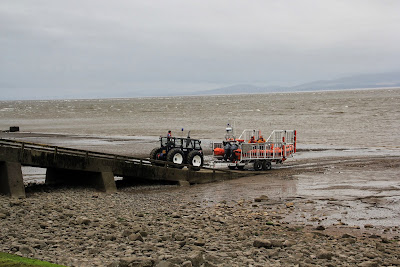 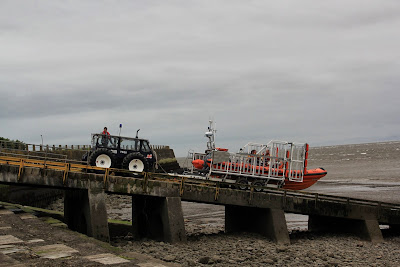 ....and a good hose down to get rid of the salt water. 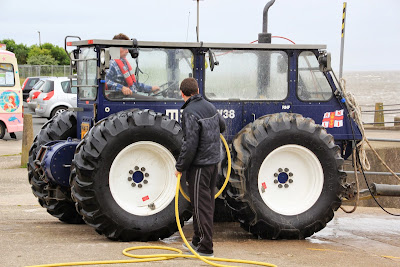 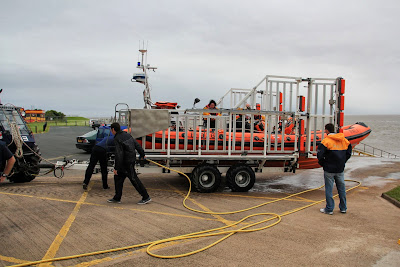 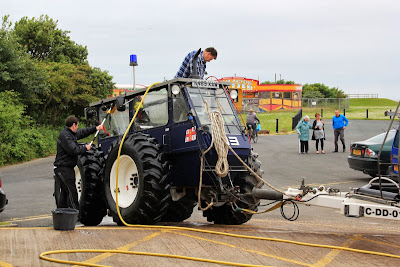 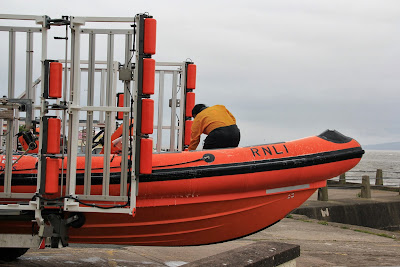 All this was watched by a flock of local Common Seagulls 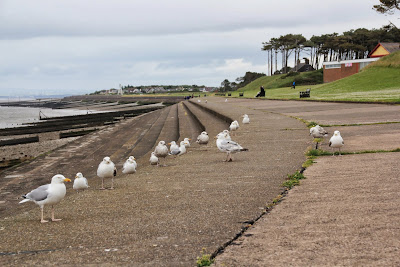 This one legged serious looking gull seemed to be managing quite well in spite of it's disability. 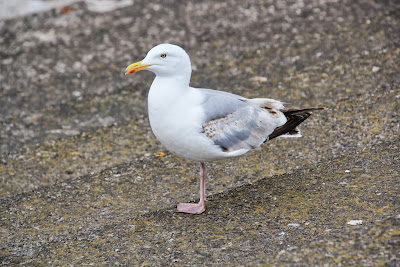 We eventually continued on our walk towards Skinburness walking along these well built sea defences. Malcolm remarked on when they would have been built so a bit research revealed it all stared in the mid 19th century. 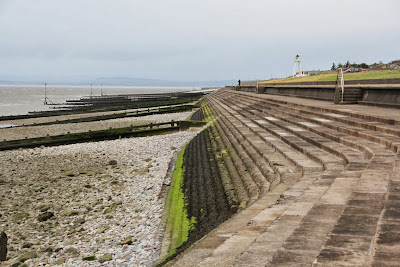 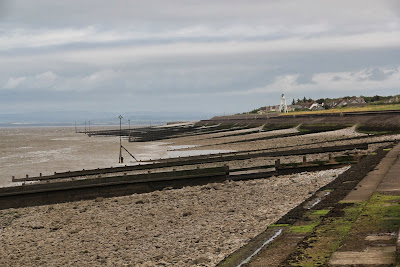 We made this beacon our turning point and made our way back to the car and then headed home. 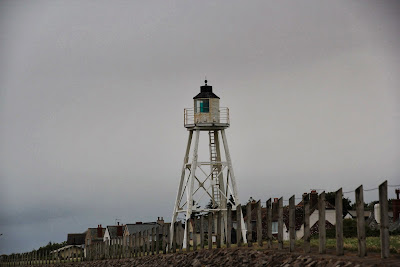 This has been a thoroughly enjoyable weekend as it has, I hope for Mr & Mrs Tootlepedal who have their daughter visiting for a few days.
Posted by Sandy at 15:51