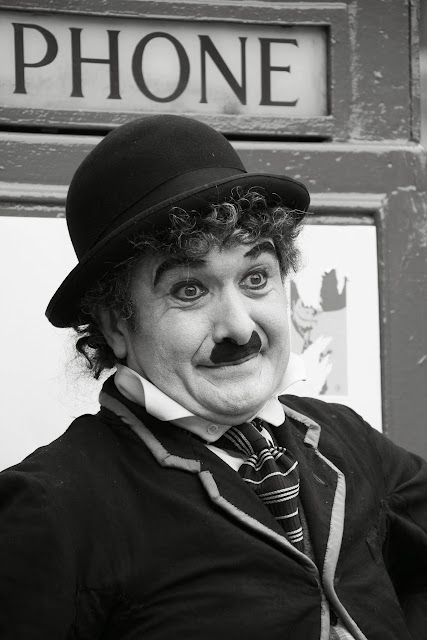 When I drew back the curtains this morning I was greeted by the sight of the buddleia bush covered in butterflies so I wasted little time getting dressed and going out for a few shots. Unfortunately they aren't as sharp as I would have liked. 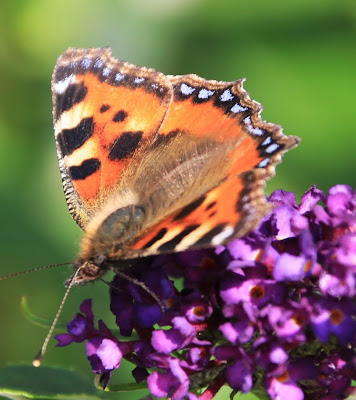 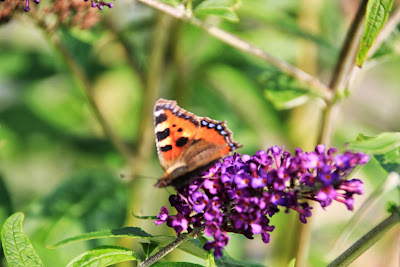 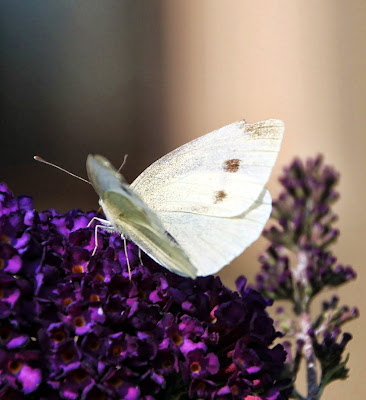 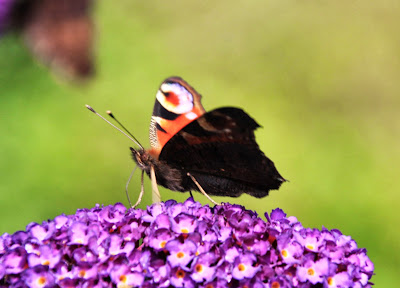 Later in the morning I phoned Tootlepedal to see if he was interested in going out in the afternoon, he said he was and we would meet at Wauchope Cottage after lunch.
Tootlepedal was still nursing a rather painful back when I went to collect him so we were limited for walking any distance. The first port of call was to Langholm Castle where there is an archaeological ground survey taking place and Mrs Tootlepedal is helping as a volunteer, she phoned me later saying they could do with another volunteer tomorrow and would I be interested in coming along to which I said I would. 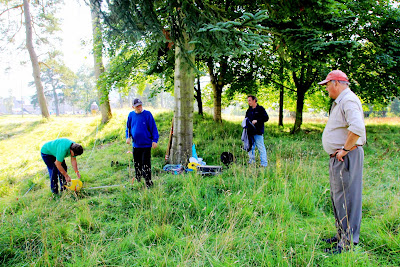 We drove down to the Tarras bridge and took a short walk along the track looking for interesting things to photograph. 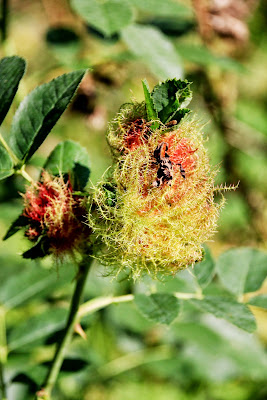 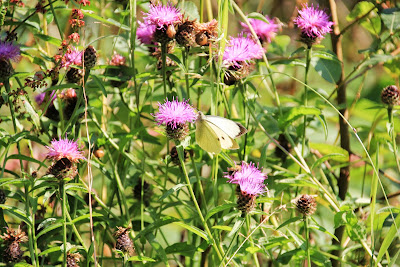 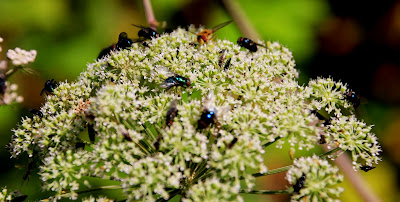 We then drove round by the Kerr wood.

In this picture I got rid of the telegraph lines but forgot to clone out the pole.

We were passed by Grant Smith taking the incline in his stride. 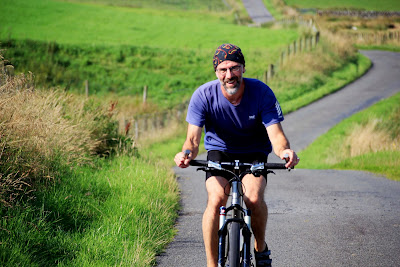 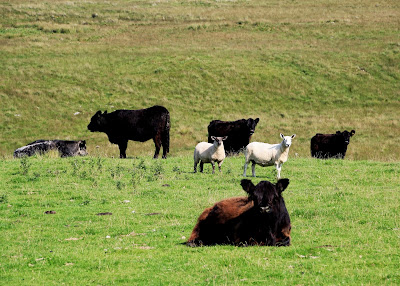 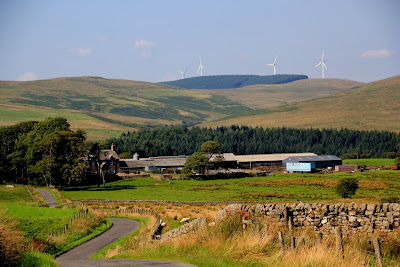 On returning to Wauchope Cottage we were visited by Dr Tinker to inform Tootlepedal that his  buddleia bush was worth a visit as it was attracting a host of butterflies.

The following pictures are a selection from a recent visit to the Edinburgh Fringe. 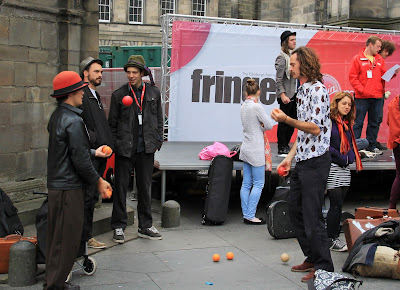 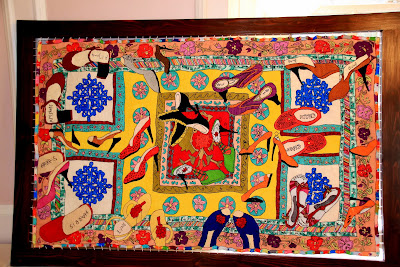 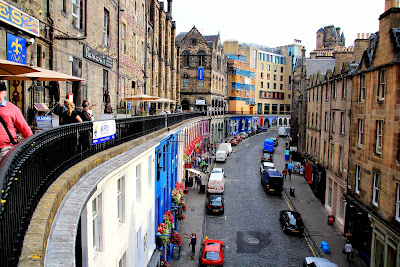 Part of the temporary stand for the Edinburgh Military Tattoo 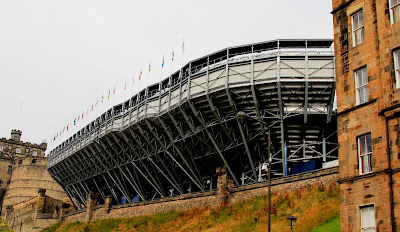 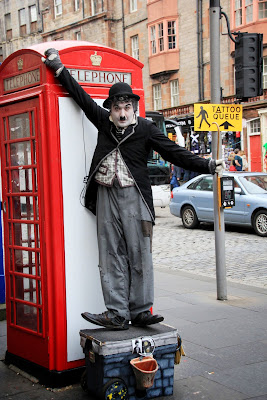 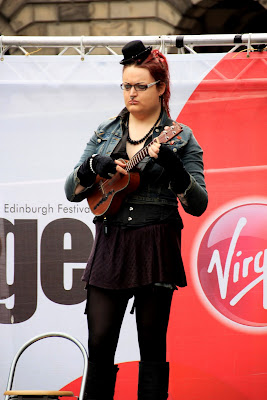 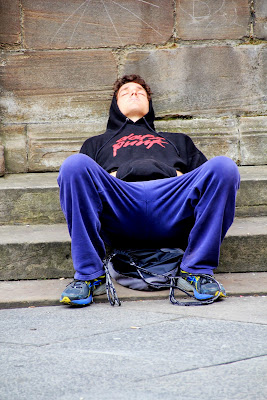 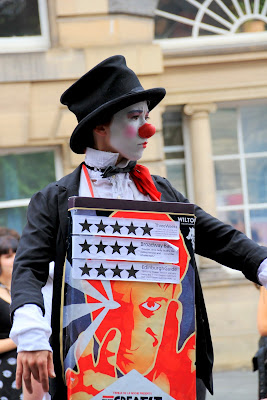 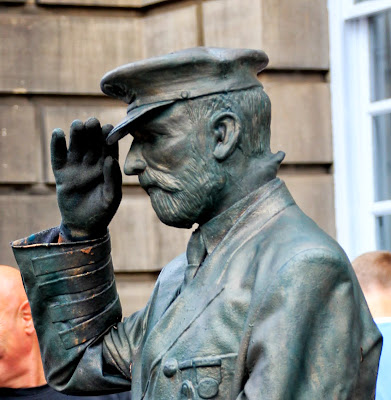 don't practice this at home 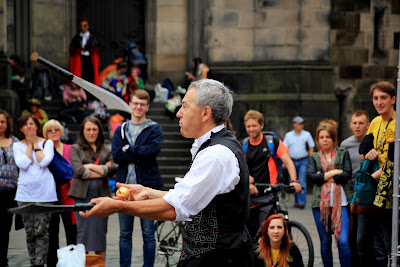 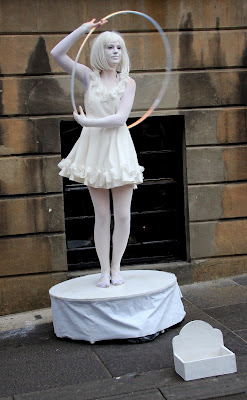 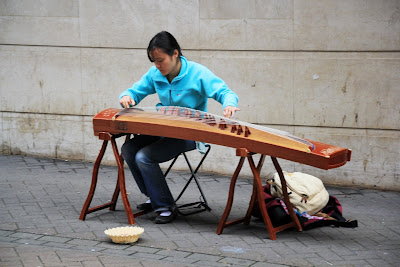 The Chilli Dogs perform at the Pear Tree 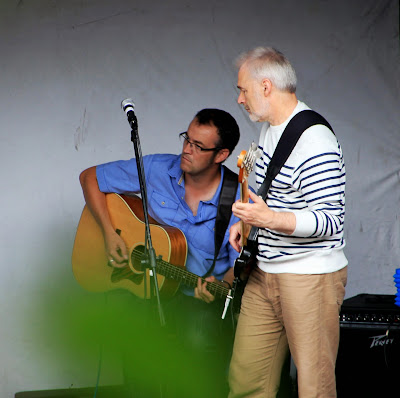 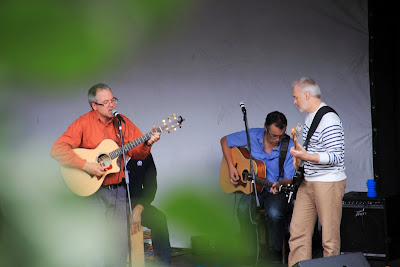 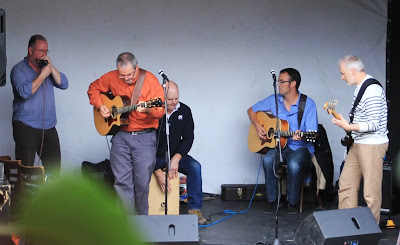