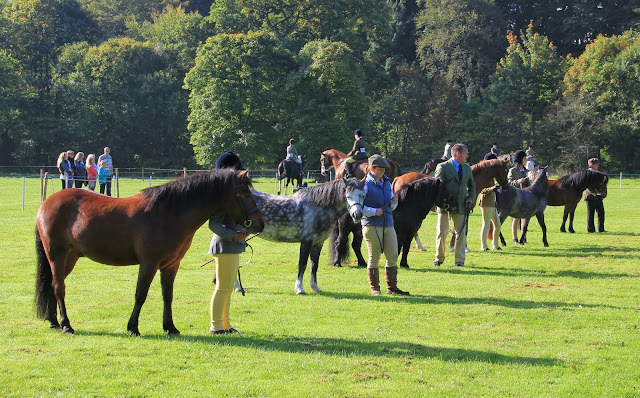 As Mr & Mrs Tootlepedal were away to a wool fair at Skipton I was charged with the duty of taking their entries to the show in the morning along with my own. After staging the entries I headed home for some breakfast with the intention of returning later in the morning. I also had lunch to prepare for Neil and the boys who were coming for an over night stay.

When I returned there were animals everywhere. 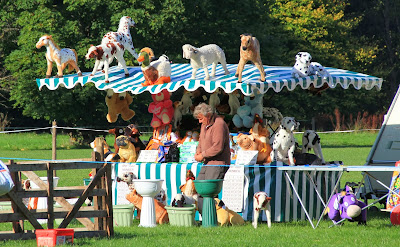 Tension was starting to build at the dog show 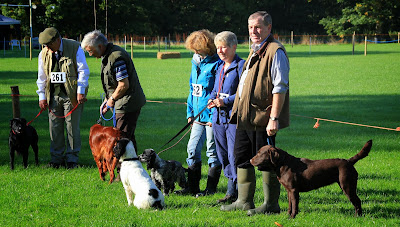 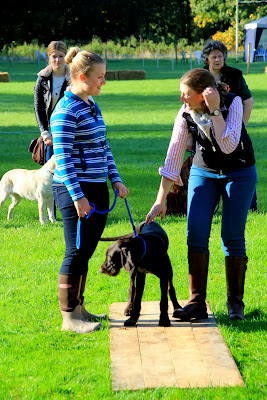 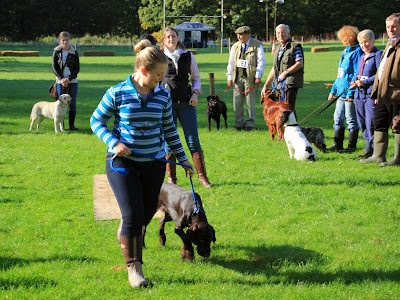 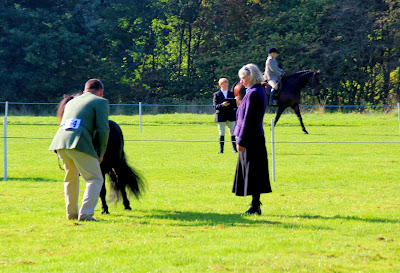 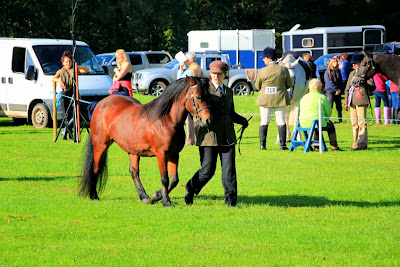 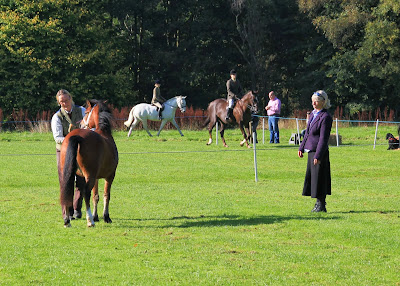 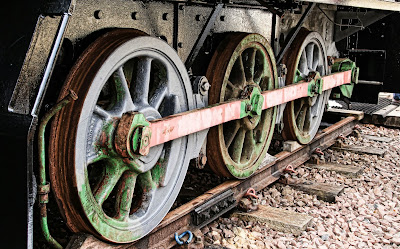 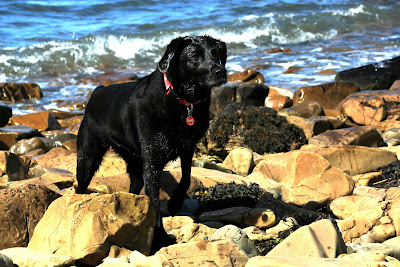 I was also delighted to discover Mrs Tootlepedal had done exceedingly well with her entry, not only winning her class but also winning a trophy for best handicraft exhibit and not forgetting Tootlepedal who received third prize in the transport section.

The terrier racing was attracting a bit interest. 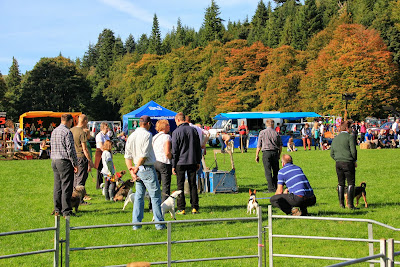 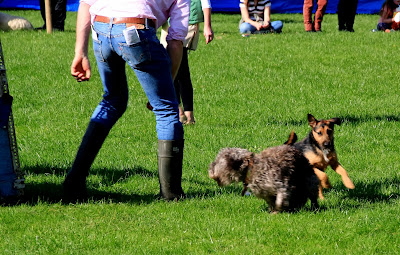 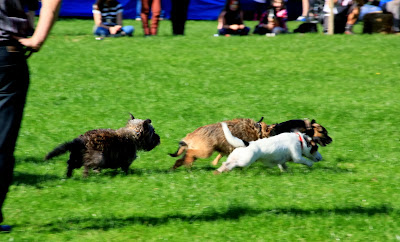 The boys spotted bungee contraption and were eager to have a go. 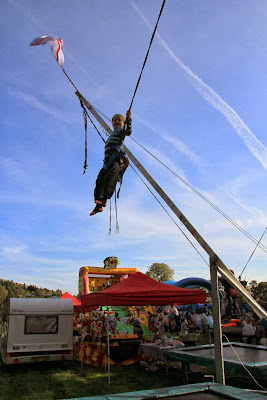 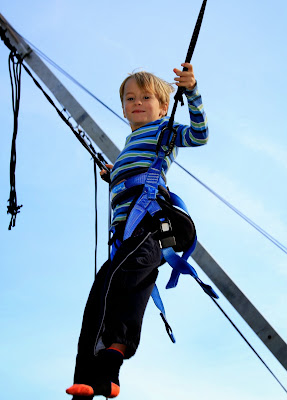 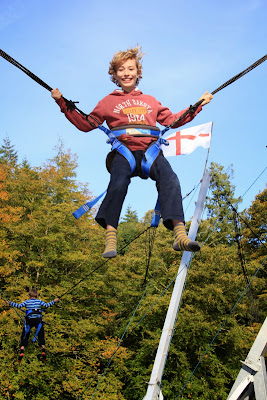 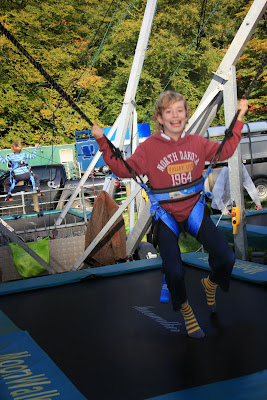 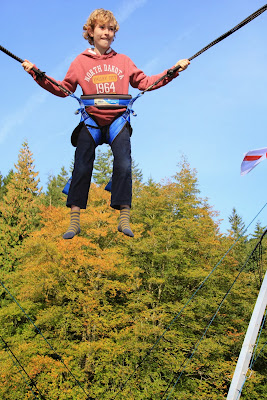 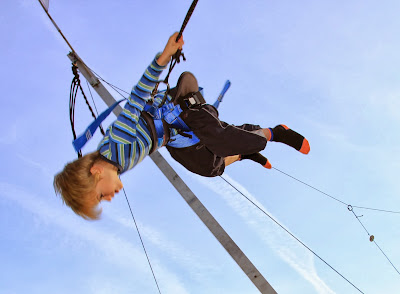 We returned to the main ring to watch the tug o'war between two young farmers clubs. 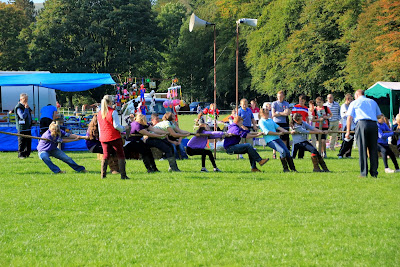 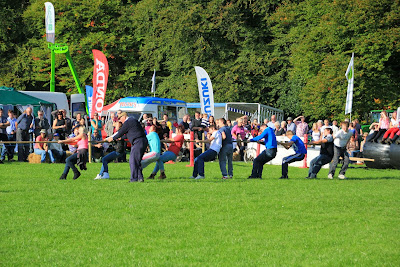 Returning home is never a straight process with my grandchildren.
Every tree..... 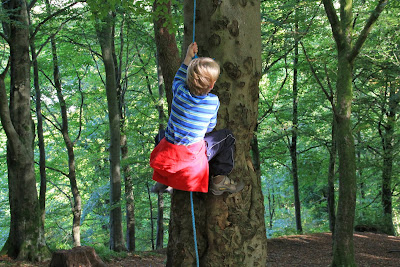 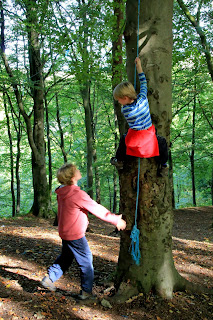 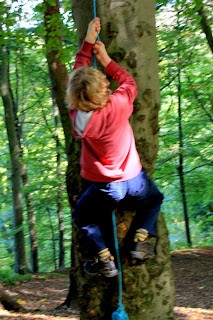 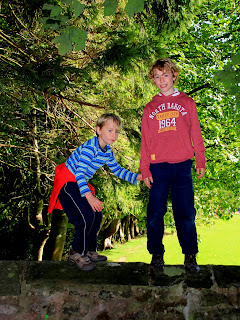 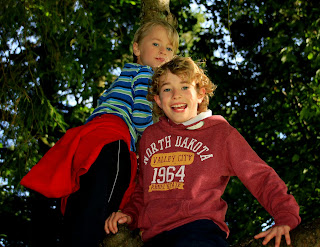 They are full on boys that light up my life.