My festive break has been extended due to a rather nasty ingrowing toenail that had to be surgically removed. My toe has been getting dressed on a daily basis and is slowly improving. I decided to give it a test run yesterday and took up the offer of wee stroll round Gaskell's Walk with Tootlepedal.

Tootlepedal is in fine form after his recent knee operation

I had a go at a macro shot of this lichen on top of a fence post but you really need a steady hand which I haven't got these days or to use a tripod. Tootlepedal refers to theses as miniature gardens, which I think is quite appropriate.

Even in winter this view of the Auld Stane Brig is quite obscured. 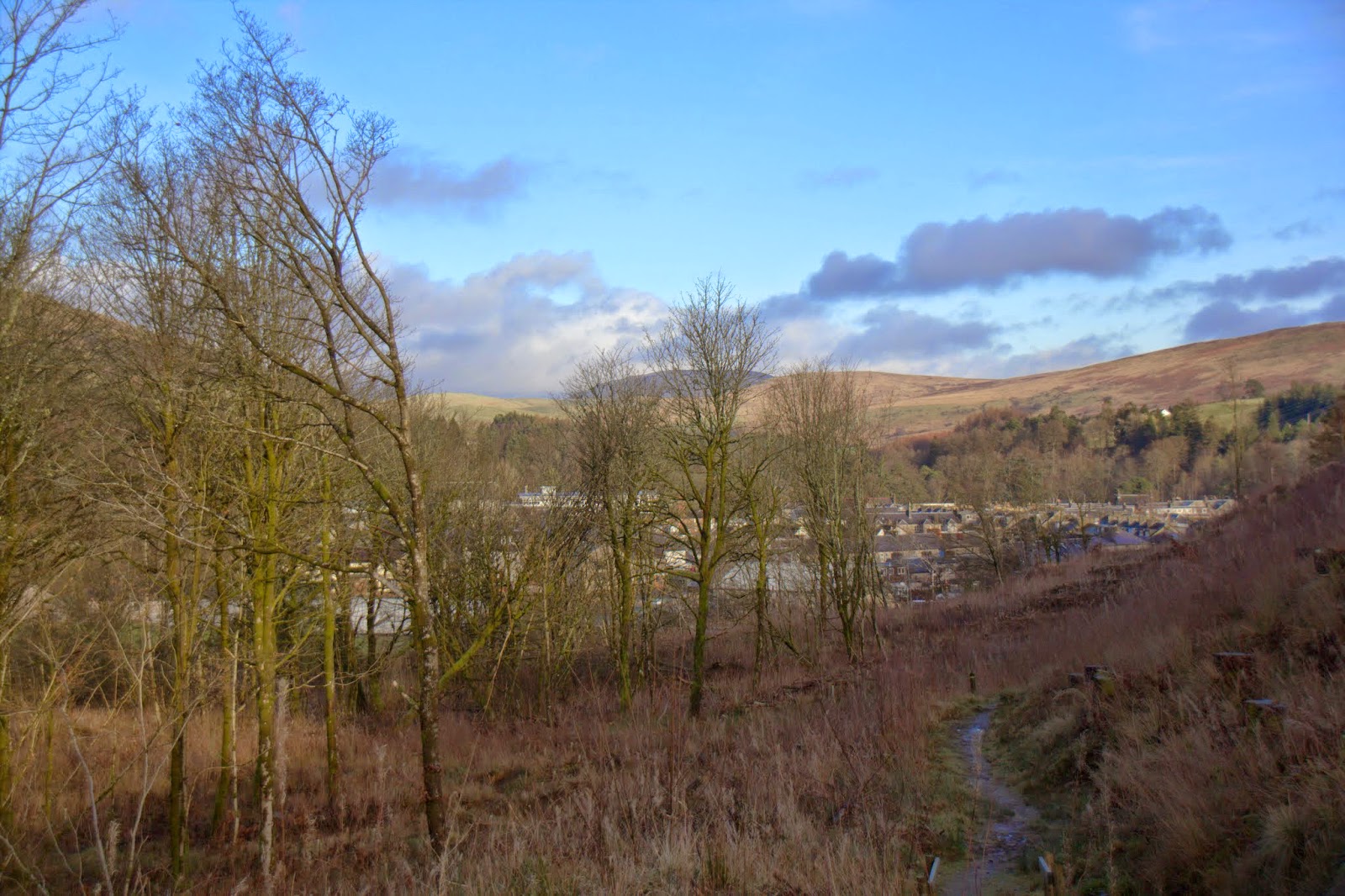 The landscape along the walk is starting to regenerate after the clear felling that was done two or three years ago. It looks quite barren at the moment but come spring and early summer the slopes will be covered in Foxgloves and Rosebay Willowherb which will be worthy of a few photo excursions.

After walking a short distance the polypores on this tree that had been snapped in two by the recent high winds caught our eye.

The new bridge that was constructed last year to span a gully that seems to get deeper with every storm.

Unfortunately you don't get the full effect through the camera lens.

We continued on past Stubholm Farm which is possibly one of the oldest in the area. Where there was some signs of early an early spring.

Continuing on down the track towards the river Tootlepedal pointed out a fungus covered log that he had discovered on recent jaunt. I tried to get some arty shots but it was difficult to get myself in a decent position. 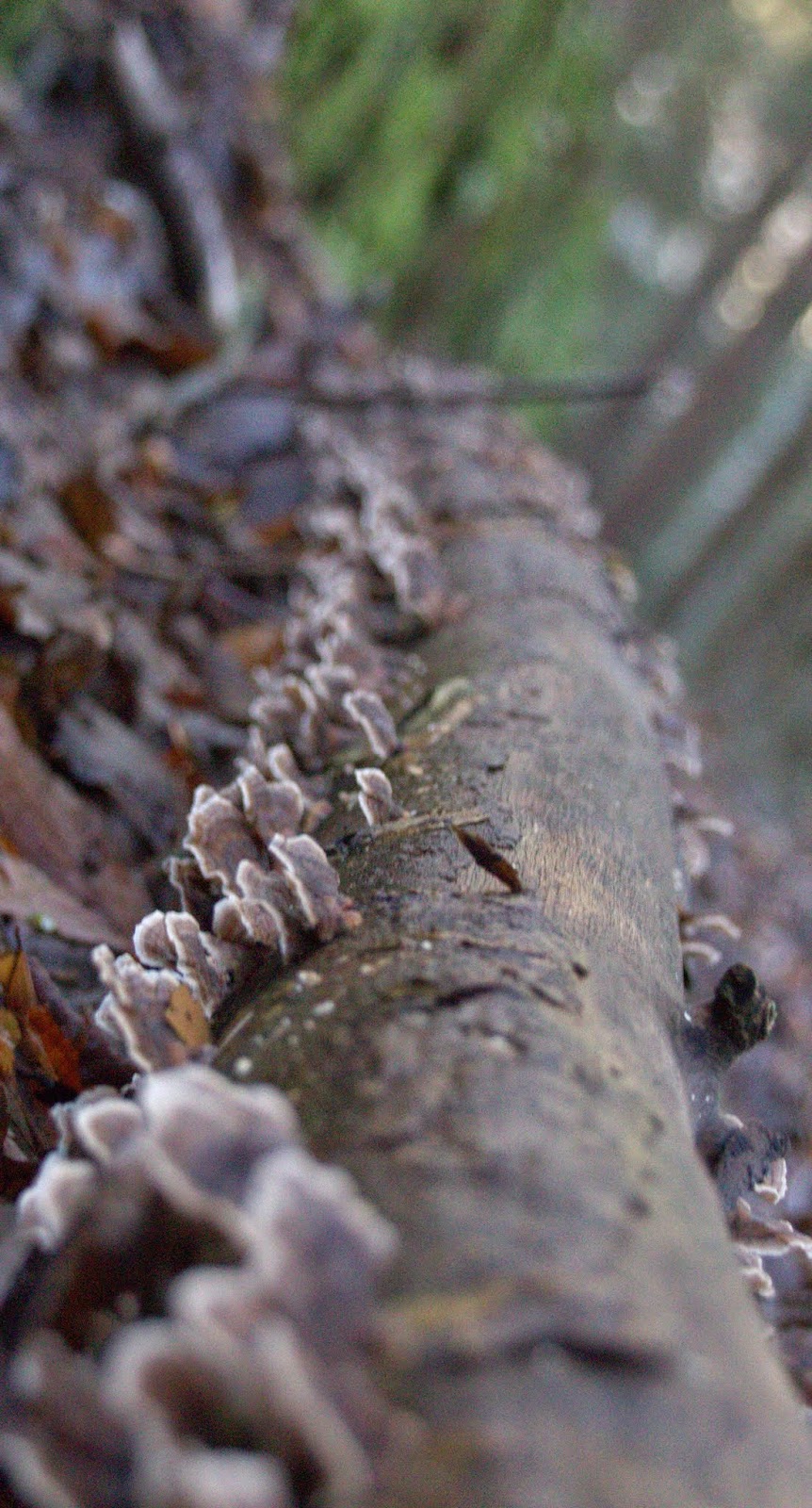 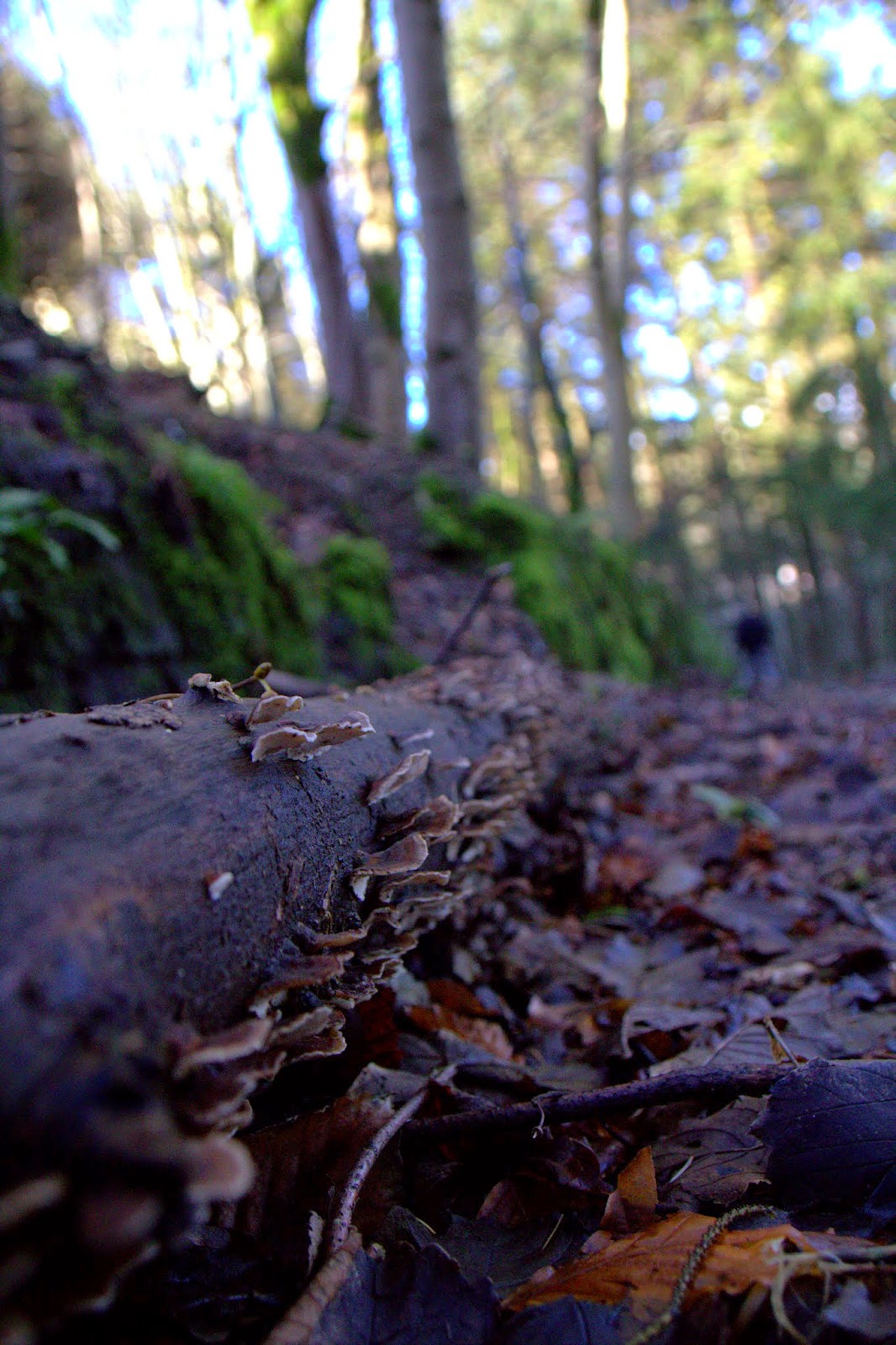 Due to the cold damp weather everything seems to be coated a thick layer of moss and is permanently damp. 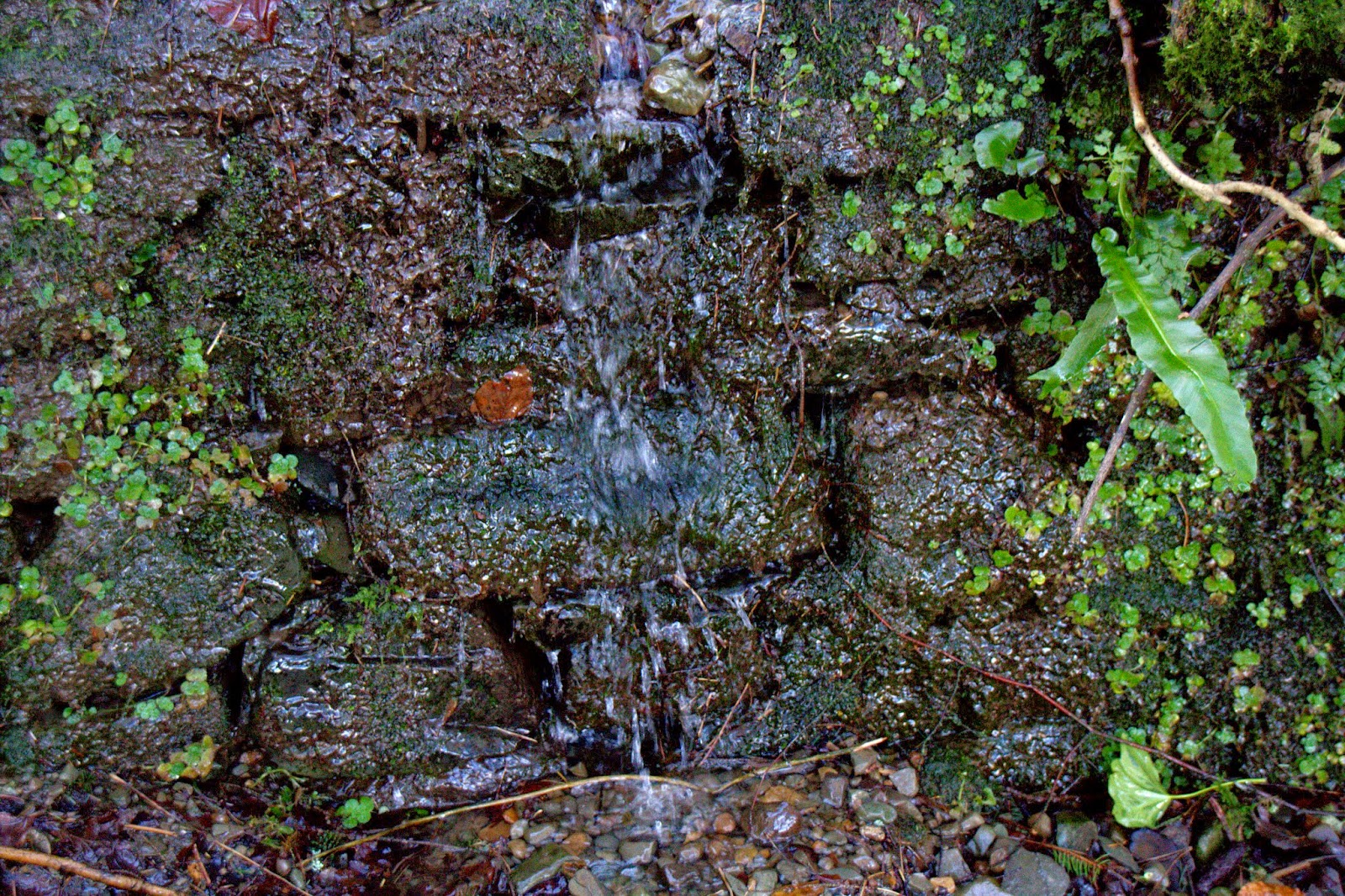 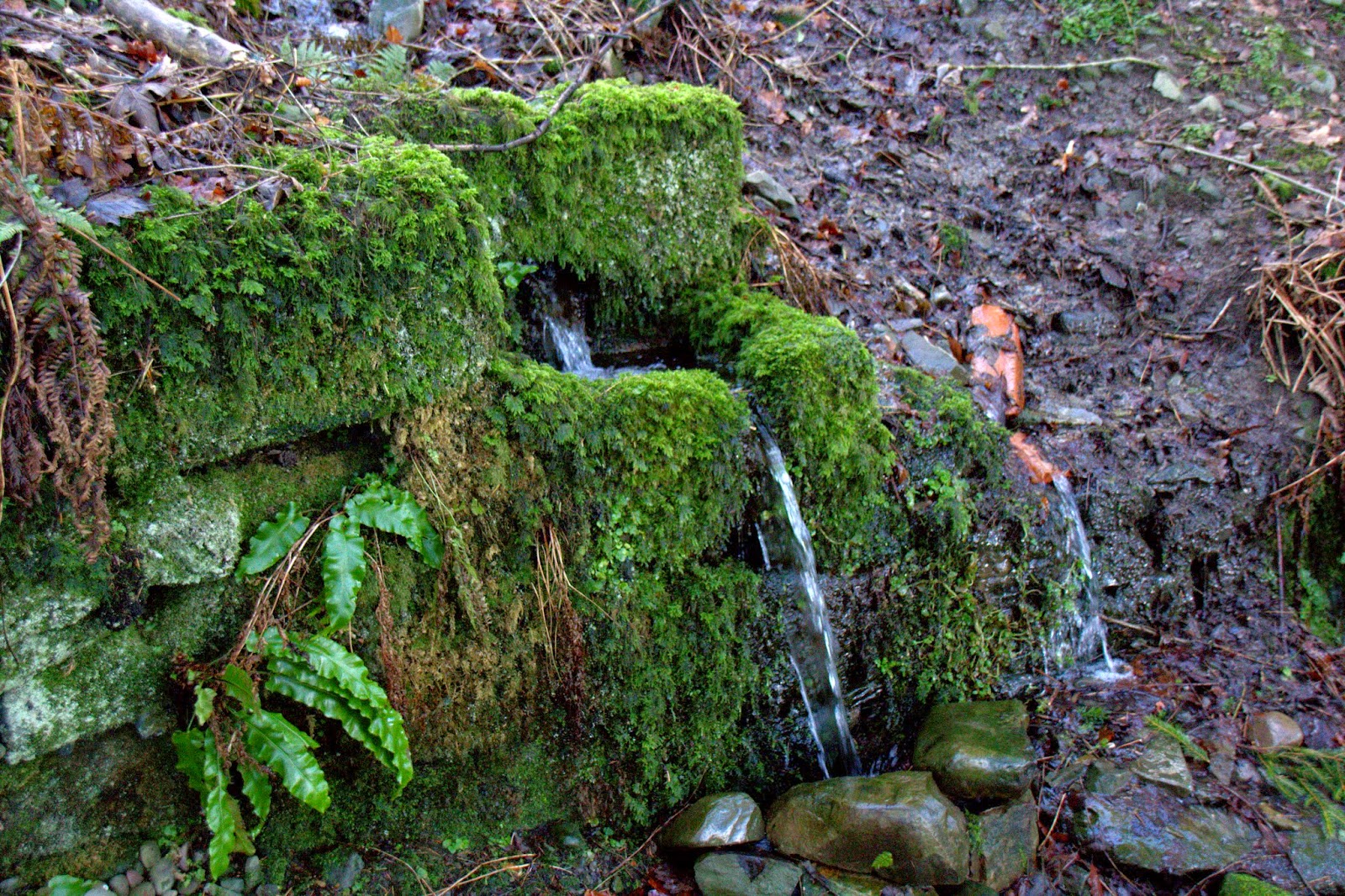 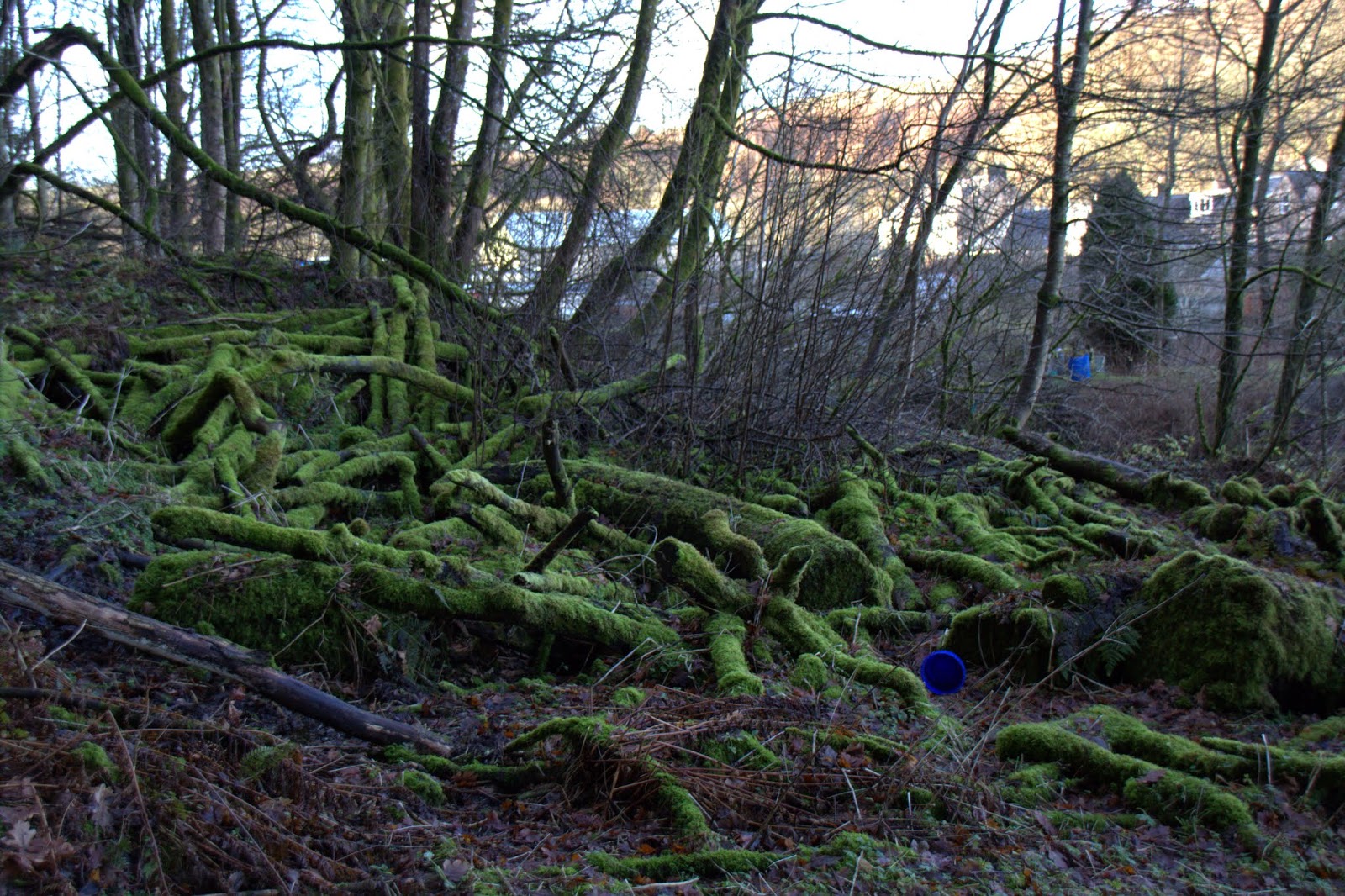 By this time my toe was starting to protest and I was keen to get home and get my feet up. At the time of writing this blog (Wednesday 14th) have managed another walk round the Castleholm and there has been much improvement in my toe so hopefully by the weekend I'll be well on the way to full speed.

This image of a street musician that I took in Edinburgh earned me third place in the digital class in the second open competition at Newcastleton Camera Club on Monday night.