Shot of the day
I had various plans for jobs to be done about the house throughout the day but a text from Tootlepedal inviting me for coffee put paid to any being done before lunch. We discussed the Common Riding and Langholm Camera club's successful exhibition at the Hub. Tootlepedal remarked it was getting close to the first club evening of the year September 1st. I'll have to start sifting through what I've taken during the summer months which isn't an awful lot.....I tend to be a fair weather photographer, an attitude  that  doesn't produce stunning shots bit the weather in general this summer has been a little bit disappointing.

I headed back home for lunch and then set about defrosting the freezer. I had inadvertently left the door ajar before I went away to Carlisle for a couple of days and when I returned the inside was covered in a thick layer of frost. Whilst I was in the middle of this rather cold and messy task I received a text from Tootlepedal saying he was on his way for a walk along the top track from the south lodge to the north lodge passing Holmhead. Making sure that the freezer food was well insulated I left the freezer defrosting into an old developing tray left over from my darkroom days and embarked on a rather blustery walk. 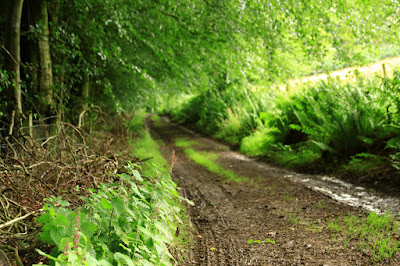 The track was rather clarty in places 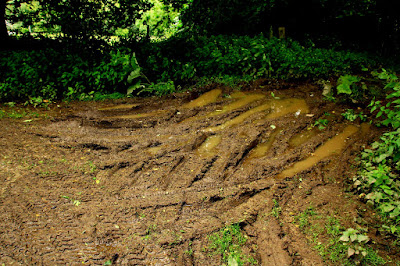 There were plenty of wild plants growing profusely along the way 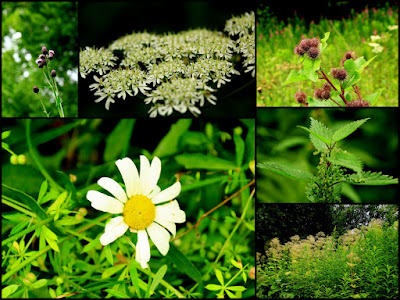 I found this shadow rather attractive 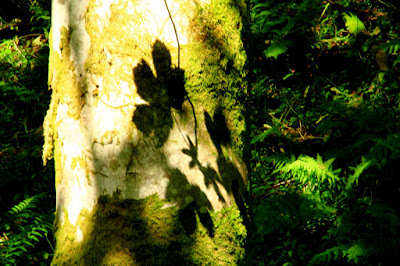 There were plenty of pheasants about, some on the ground....... 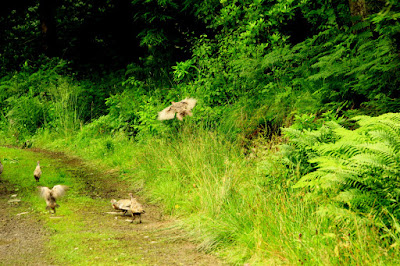 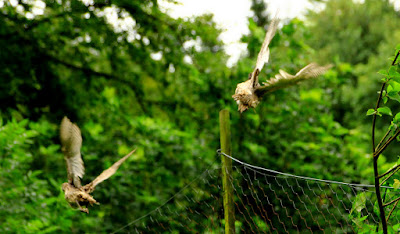 The old gateway leading to Holmhead. 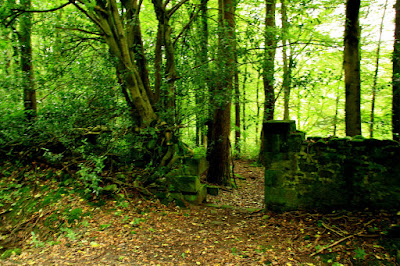 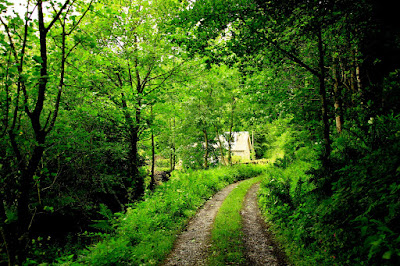 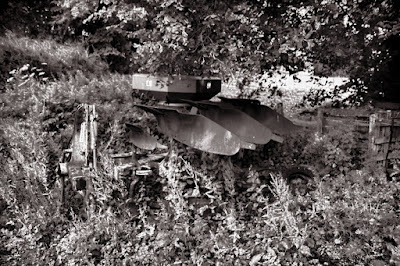 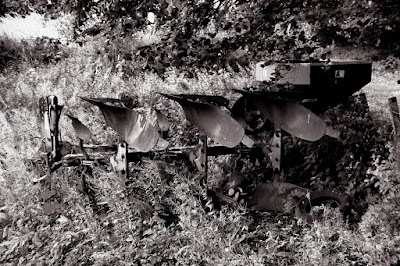 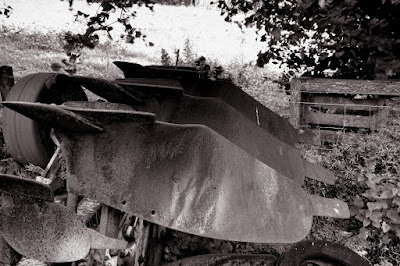 We were passed by a local couple out walking their dog. 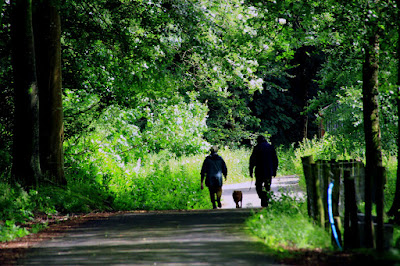 I would love to know why the entrance to this nuthatch nest was plugged up. This is where Tootlepedal and I have spent many hours watching and photographing the parent birds going back and forth to the nest. 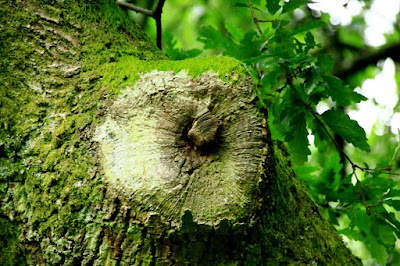 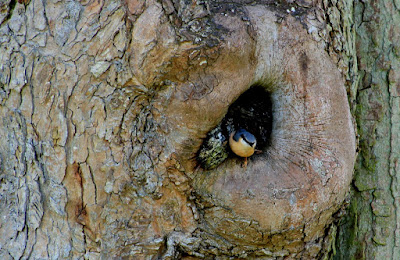