We were blessed with another day of sunshine today when I woke up, after doing some chores around the house which included reducing a mountain of ironing that I have been ignoring lately to a respectable pile. That done I gave Tootlepedal a call to ask if was interested in going for a stroll in the afternoon to which he said he was and suggested a stroll to the top of Warbla.

We met at Wauchope Cottage and set of up towards the Stubholm and on to the track that winds up the hillside. 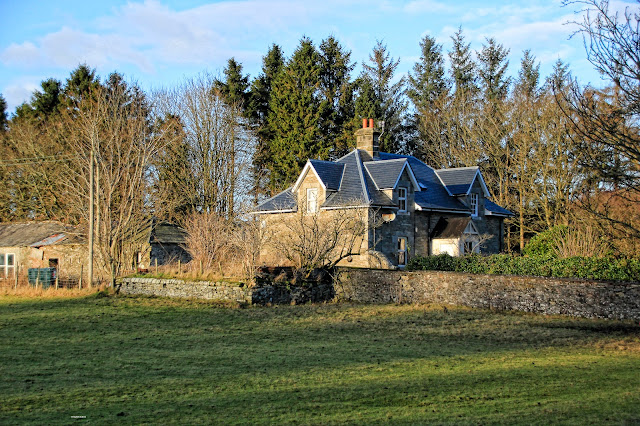 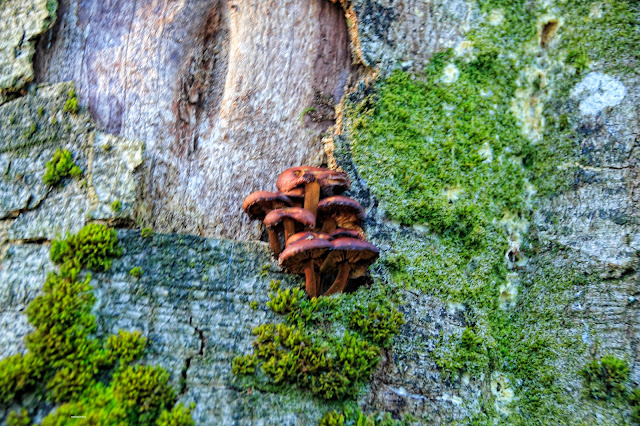 Well wrapped up for the winter nights. 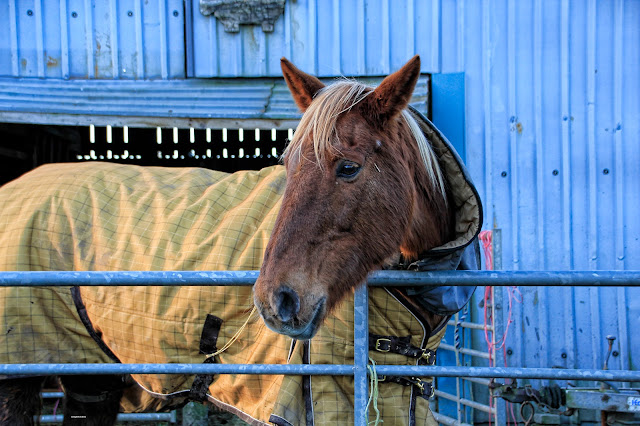 Looking back down the track the low position of the sun was making it hard to avoid our shadows. 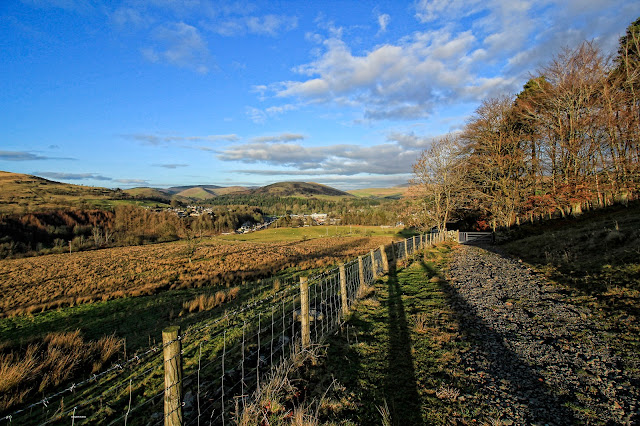 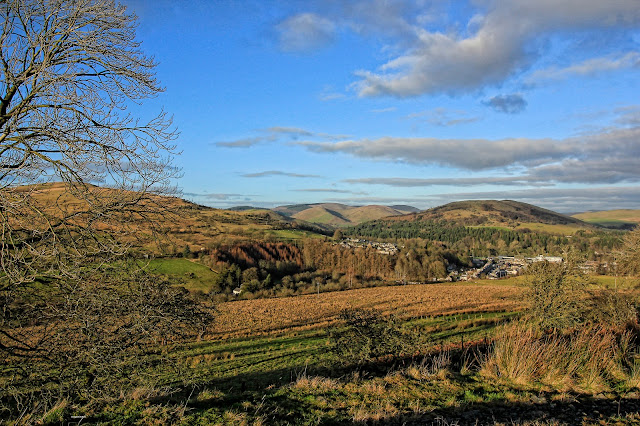 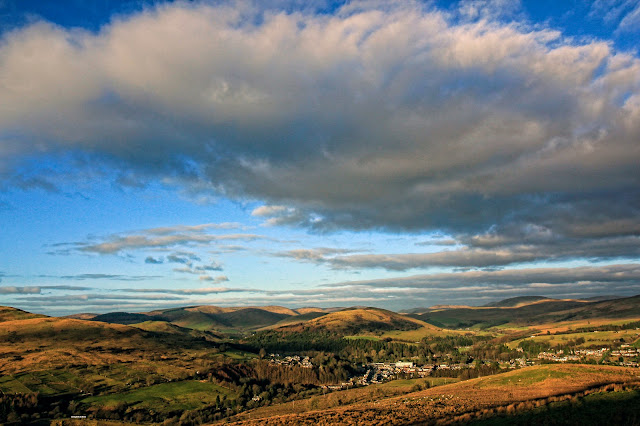 Tootlepedal kindly waits as I catch up. 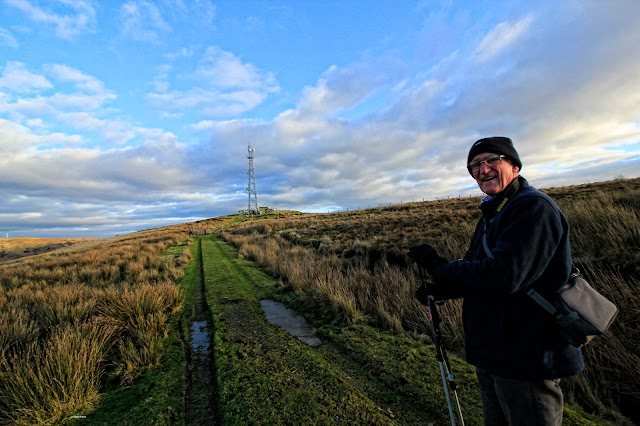 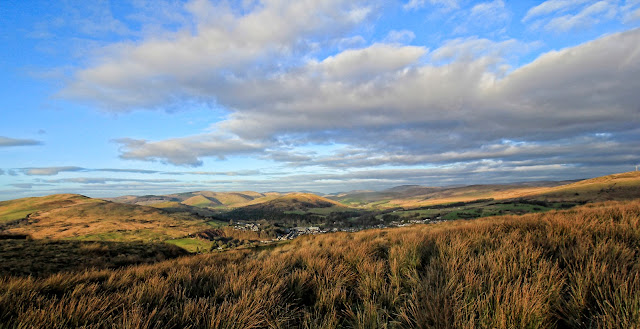 Looking towards England and Cumbria.

We made our way back down the face of the hill heading for a cup of tea at Wauchope Cottage. I tried to capture the light on the walnut tree but the camera wasn't seeing what the human eye was seeing. 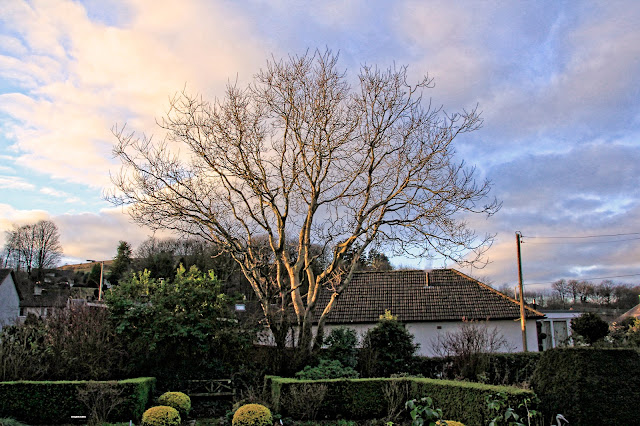 After a nice refreshing cuppa in the company of Mr & Mrs Tootlepedal I headed home for some serious resting.
Posted by Sandy at 13:34