Yet again the sun shone brightly for us this morning but unfortunately it was to turn out to be a painful hindrance later. It was my turn to fill the feeders at the Moorland Feeder Station and I had agreed to give Tootlepedal a lift up and spend an hour in the hide but unfortunately the sun was positioned directly into the viewing ports and made any chance of some decent shots almost impossible. After a short while we realized it wasn't going to get any better and headed off home. The Following shots are an example of what we were up against and I've had to rely on Photoshop quite heavily to produce something to post. Hopefully Tootlepedal did better. Click here to see. 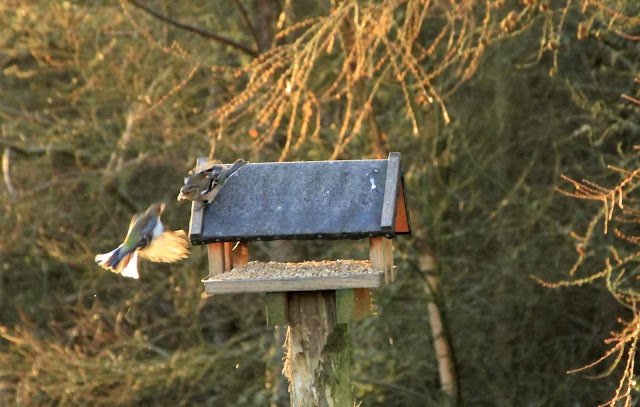 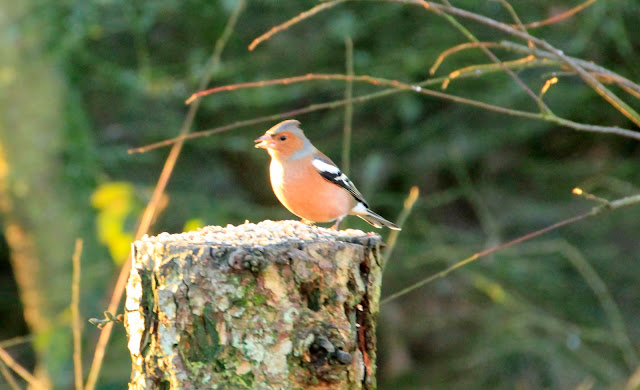 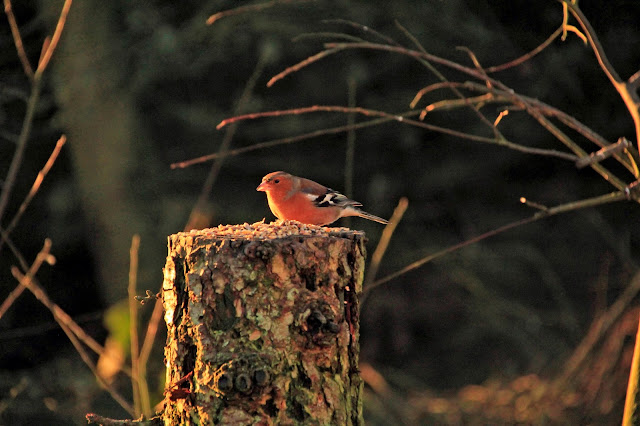 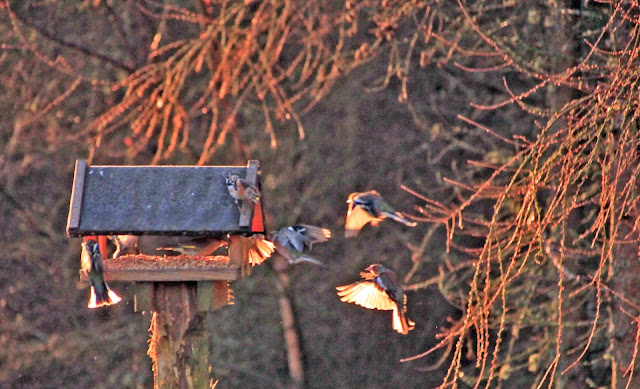 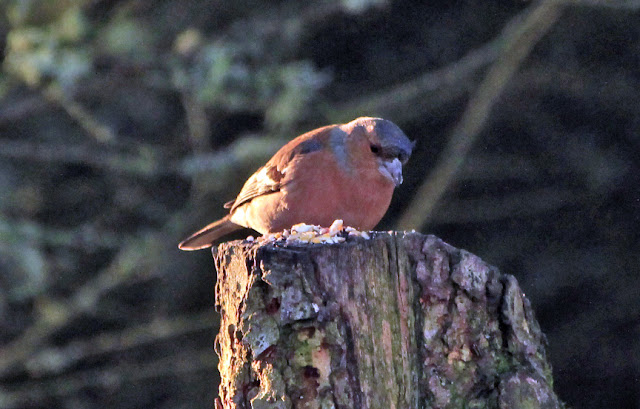 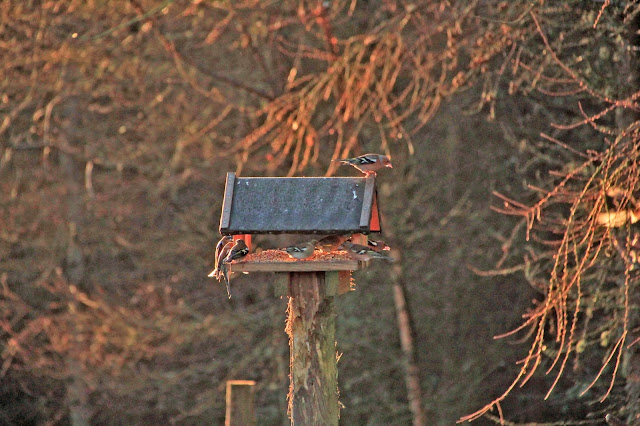 After I got home I embarked on a decorating project which I've been putting off for a few months now. I was part way through the task when I received a phone call from Tootlepedal asking if I was interested in a walk to the Monument, I declined as I wanted to get the first coat of undercoat on and If I stopped I'd find it difficult to take the paintbrush up again. Basically maybe a wasted day of sunshine but it was a job that needed started.
Posted by Sandy at 13:09