Rather a Dull Day

We woke to the cold blustery weather we had been promised , so as I had no other plans I thought a day by the computer catching up with various things was in order, but that wasn't to be the case. Firstly Chris the joiner came to start fitting the hearth surround he's making for me, then I remembered I needed to go and check the gas and electric meters along at the bungalow. When I finished I called in to see family friend Eileen and ended up having a long chat catching up on recent events that had happened over the festive period. While I was there I had missed a call from Tootlepedal inviting me for coffee and a possible stroll, I called him back and arranged to meet him for a stroll after lunch.

I had just got to Wauchope Cottage to meet with Tootlepedal when the heavens opened, so after a short discussion we decided to abandon the walk. Shortly after I got home the rain stopped and it brightened up a little, so I took the opportunity to have a quick walk around the Castleholm. So I'm afraid this a rather dull post as far as as photos go.

Even on the dullest of days the drive up to the Lodge always has a certain appeal. 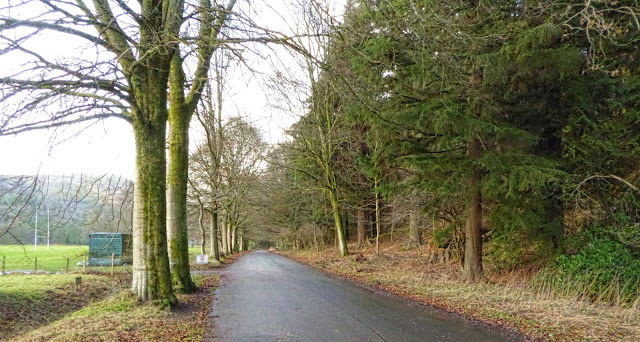 This felled tree shows why it was cut down. 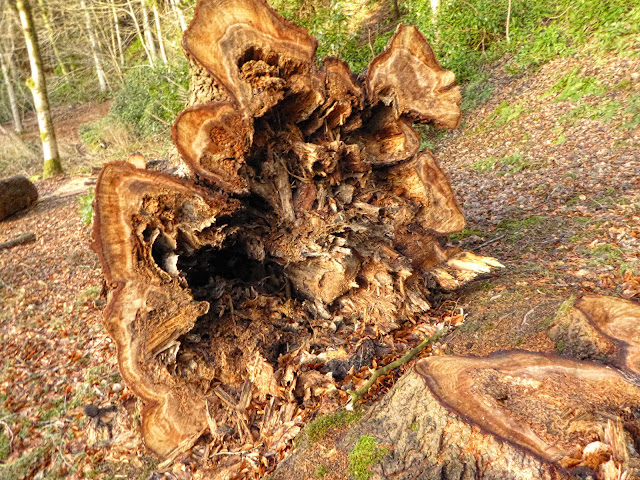 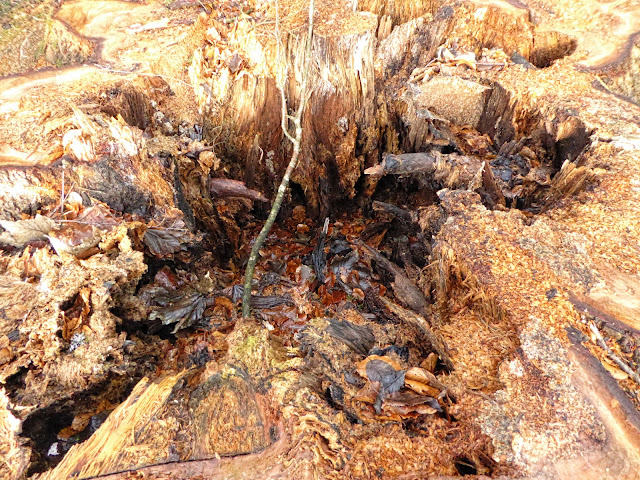 This tractor tidying the verge was the most exciting thing I came upon. 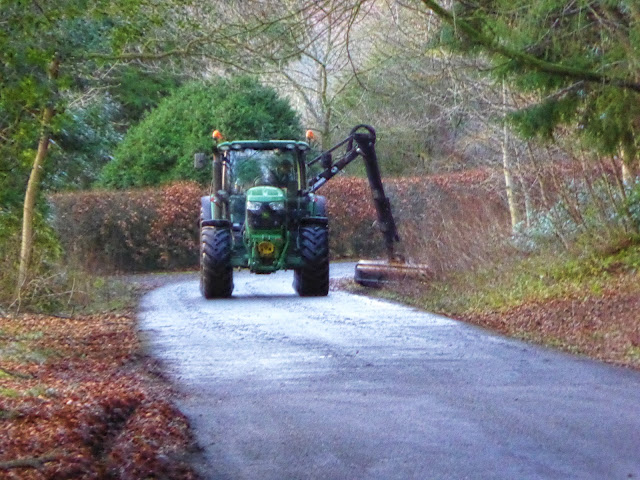 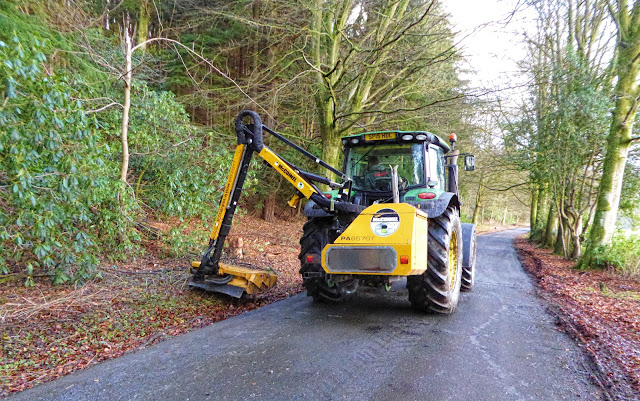 I paused to take yet another shot of the Duchess Bridge. 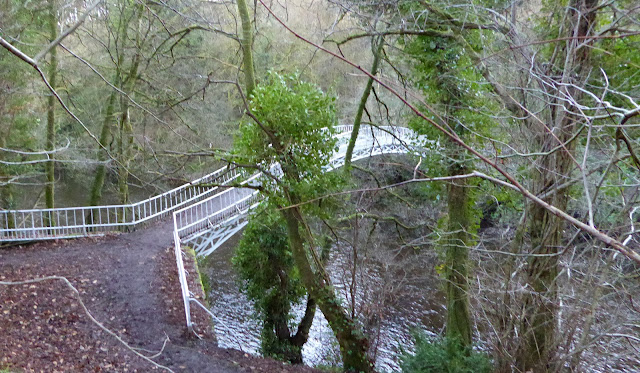 I like the way some of the oak trees in  the area play host to colonies of ferns. 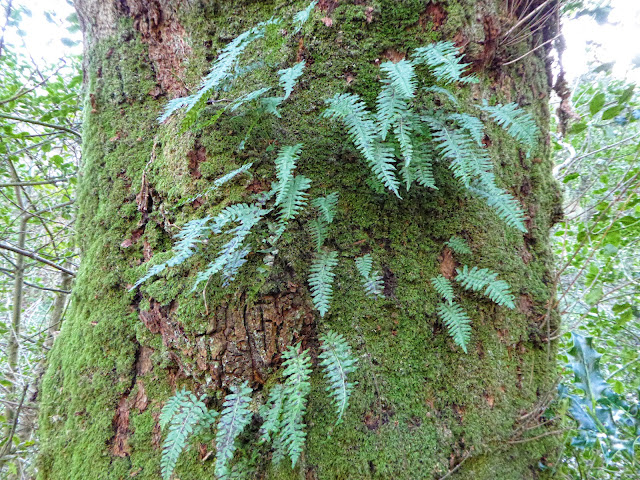 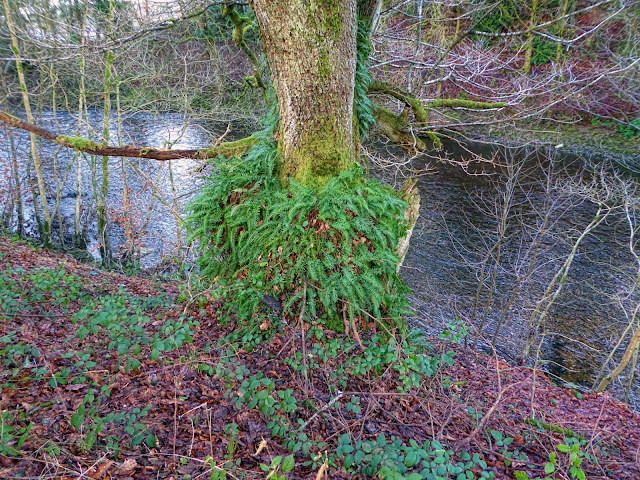 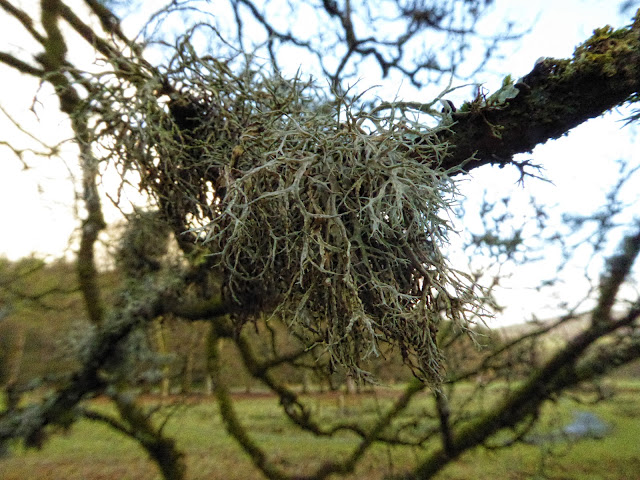 A brief burst of sunshine was more than welcome. 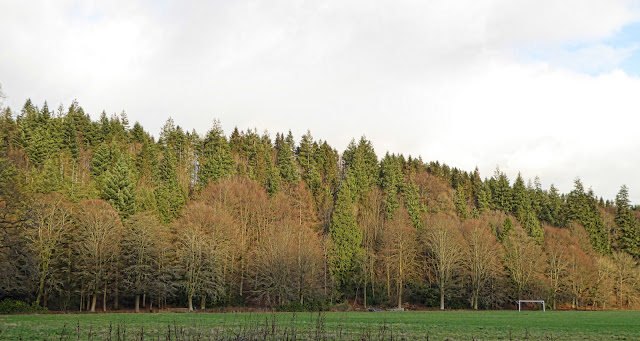 This old iron tree guard was looking more like some medieval torture instrument. 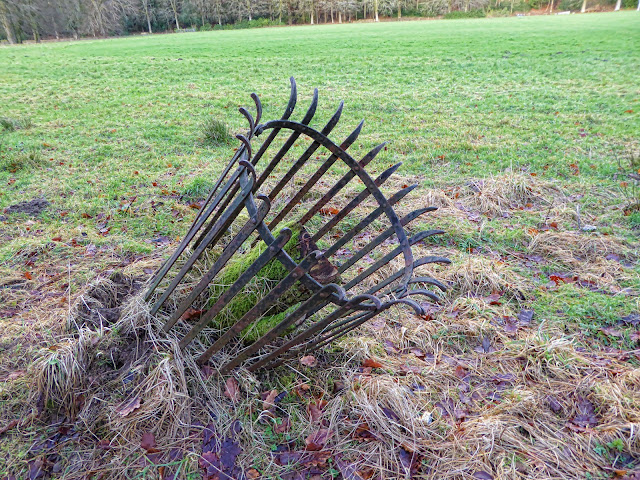 These ditch and wall combinations are traditionally known as ha ha's, I wondered if someone built one for a laugh and it turned to be quite a good idea? perhaps not..... 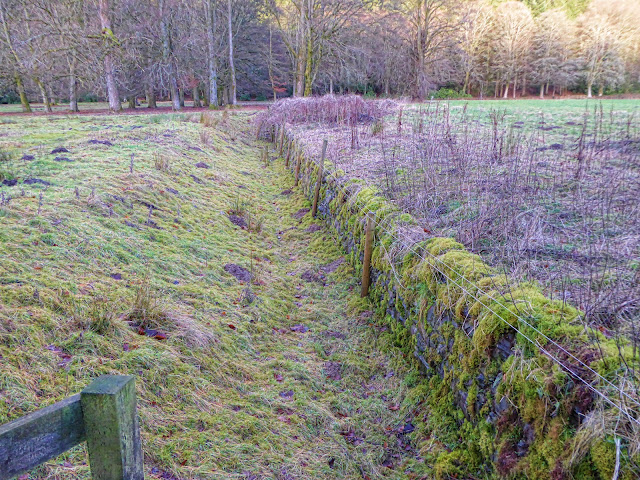 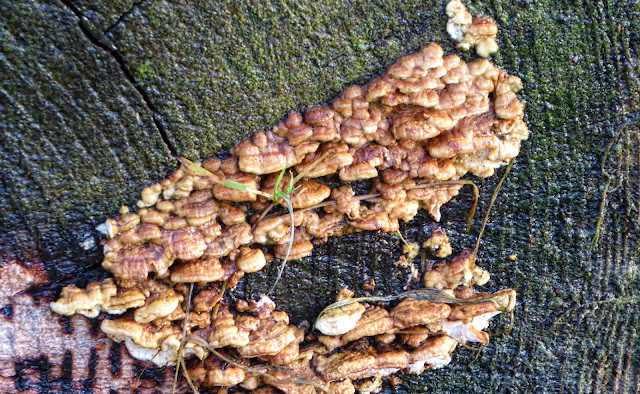 The walk tuned out a little better than I expected, mainly because I got round without getting caught one of the freezing cold showers the had been coming frequently. Shortly after I got home Chris arrived to finish fitting the new hearth surround to which I was delighted with, it just needs a couple of coats of varnish in the hope it matches up with the fire surround. After a delicious supper of choritzo and bean casserole that had been bubbling away in the slow cooker all afternoon I sat down to write this post.
Posted by Sandy at 11:57