Too Much for Granted.

After breakfast and catching up with some ironing I headed for the Moorland Feeder Station with the idea  copying the idea  of cutting a notch into a tree trunk and filling it from a fat ball that apparently is a great success at Eskrigg.   I filled the feeders then cut the notches only to discover all the fatballs had all been used, not to be deterred I returned home to get some from my own stock. when I got I got home I received a messages from Tootlepedal asking if he come to the feeders with me, I explained the situation and that I was returning and I would gladly pick him up. I duly filled the notches but I'm not expecting very much for a few days but hopefully they might attract a tree creeper or two and others in the future. The feeders were extremely busy but with a lack of woodpeckers, nuthatches and creepers we became bored after a while and decided to call it a day and headed home, but we did get some quite nice shots before we left.

Hopefully the there's something taking an interest soon. 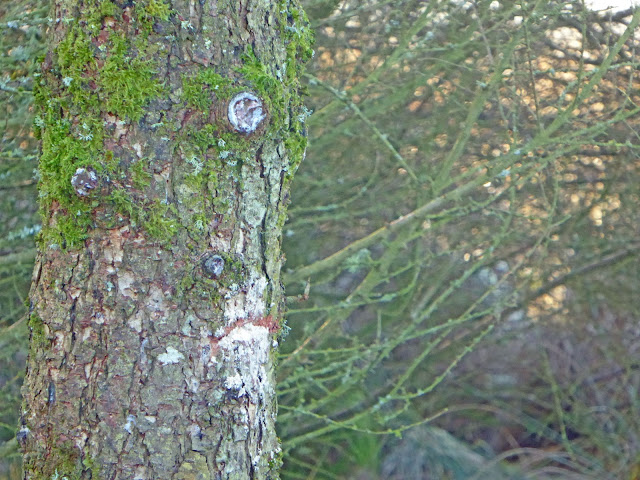 There was an abundance of chaffinches to entertain us. 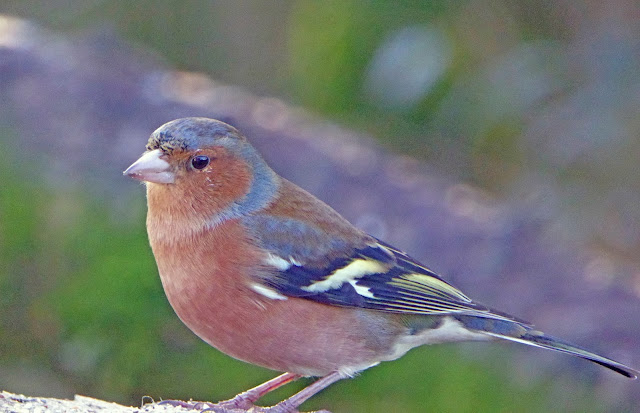 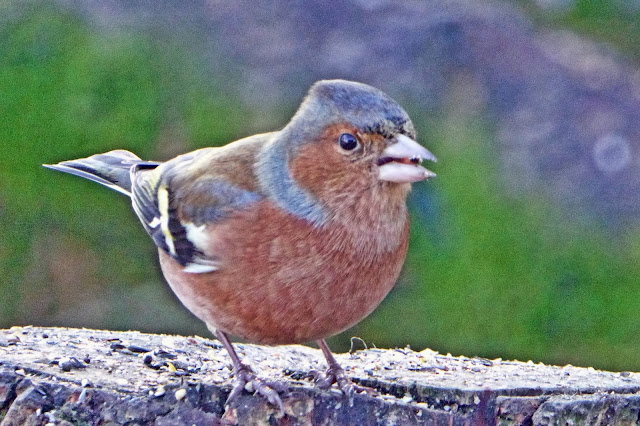 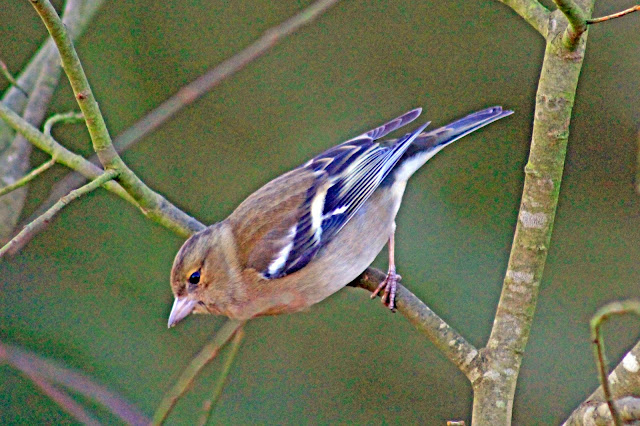 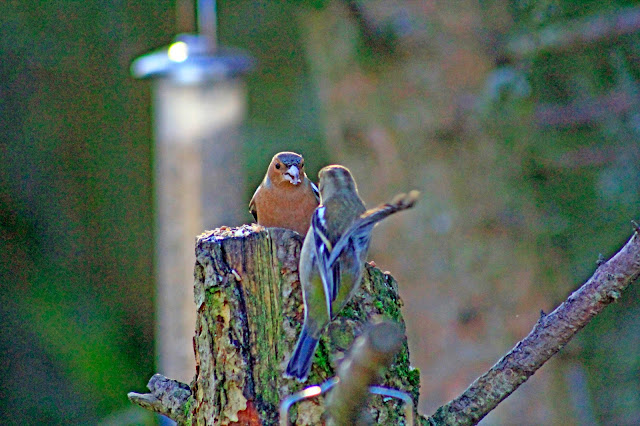 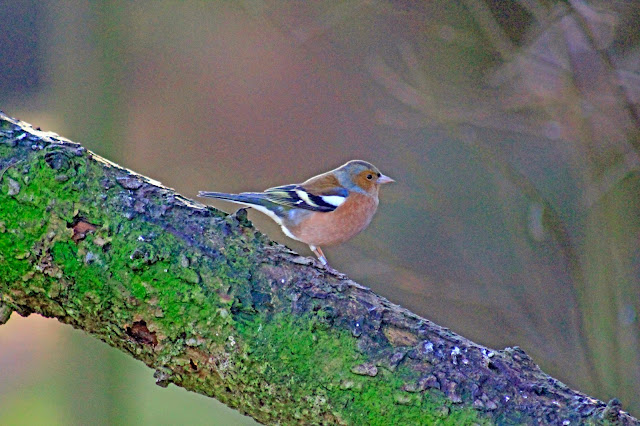 This one was almost tempted to try the notch. 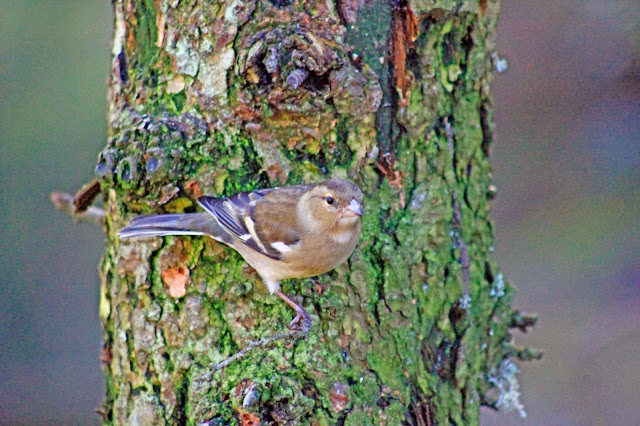 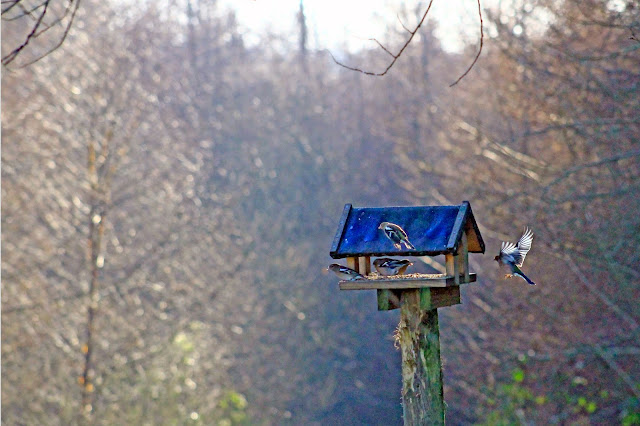 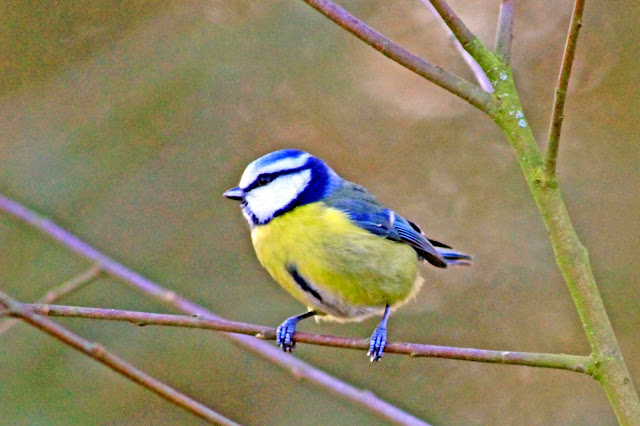 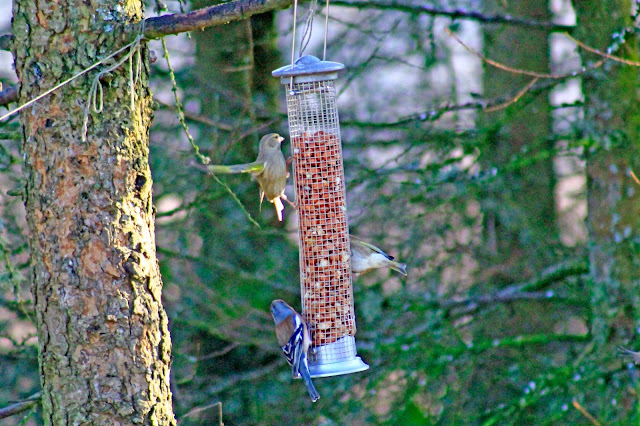 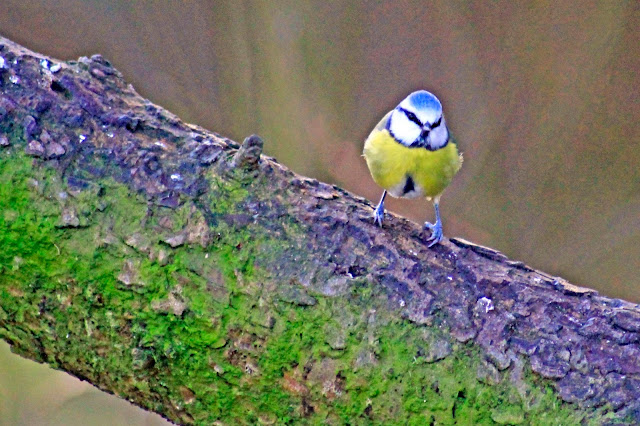 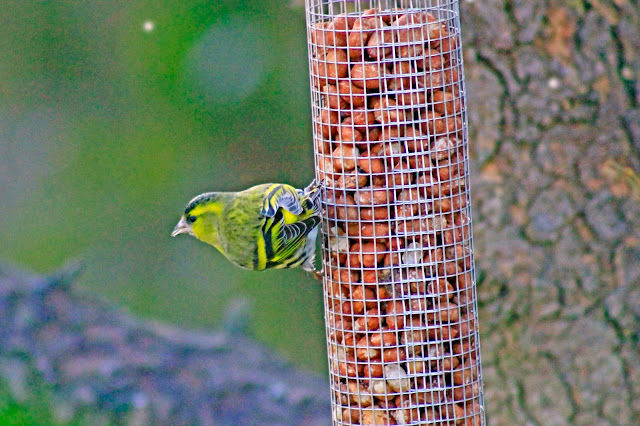 Tootlepedal went off home to get ready to go and visit Matilda and her mum and dad in the afternoon andI had commitments later in the afternoon and needed to get prepared for them. Quite a short visit to the feeders and maybe we were expecting too much as nine times out of ten we are treated to something quite interesting but maybe we take the more common birds too much for granted.
Posted by Sandy at 14:14