Apart from a short power cut last night we seemed to have been spared the ravages of storm Eleanor which has been causing devastation in parts of the country. I had a leisurely morning reading the paper and attempting the crossword and generally mooching about. After lunch I took down the Christmas decorations and cards, as much as I like the festive season it's nice to get back to a normal routine.

I phoned Tootlepedal to see if he was up for Stroll and we arranged to meet and see how the tree felling was progressing along the Becks.

I met Tootlepedal at the top of Jimmy'Brae where this property has been well tidied up on the outside but is in need of some serious TLC. 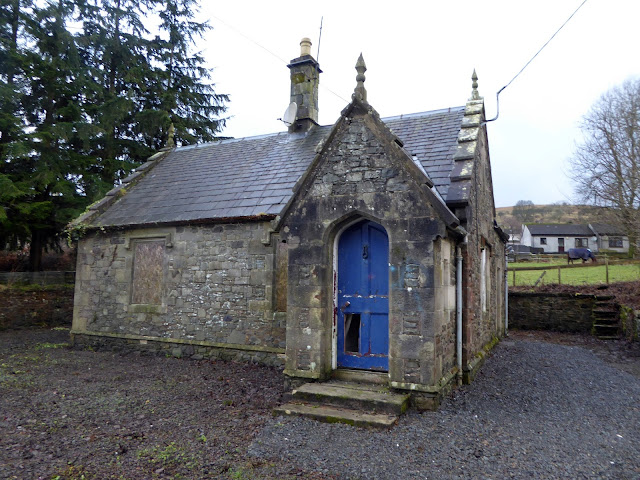 We continued on past these trailers eagerly awaiting for better days for travelling. 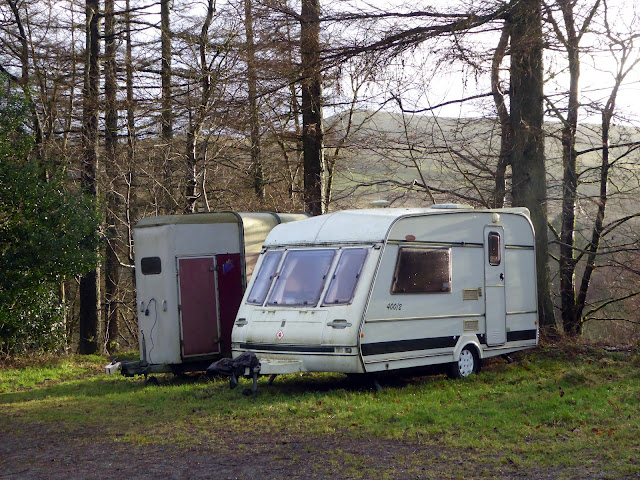 We were momentarily blinded by the light. 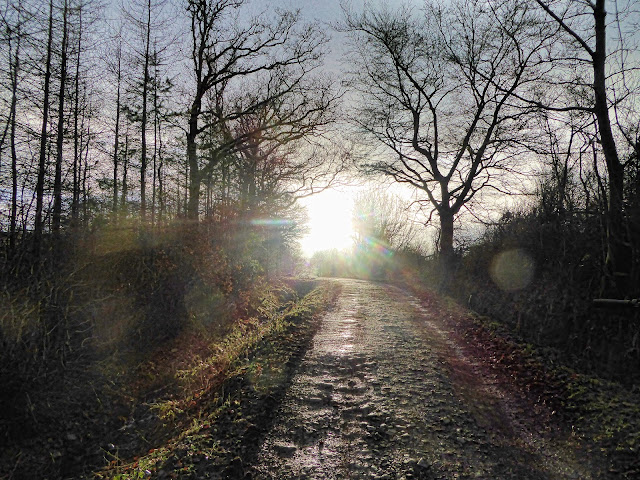 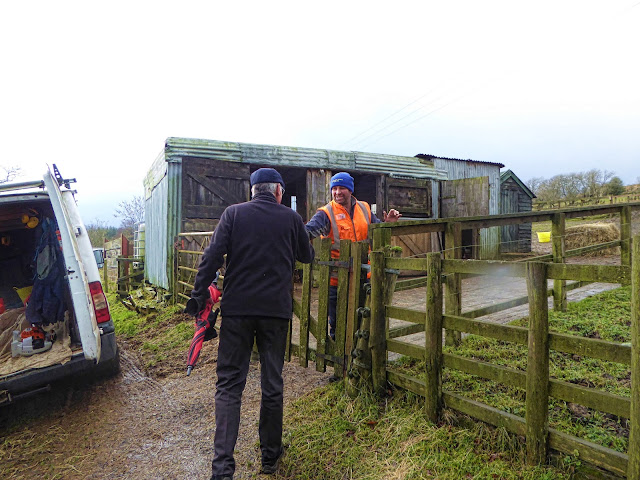 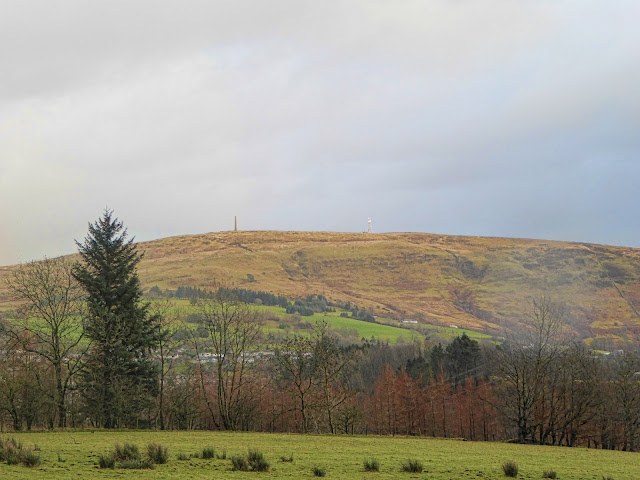 Work on the tree felling seems to have stopped for the festive season but seems to be progressing steadily. Because of the location of the wood It'll  be interesting to see how they extract the wood. I can understand why some people are dismayed at  clear felling as it presents a bleak landscape for a while but as these woods were planted for profit there isn't much that can be done.

We retraced our steps and cut through the Glebe field passing this wee fellow sporting some smart wet gear. 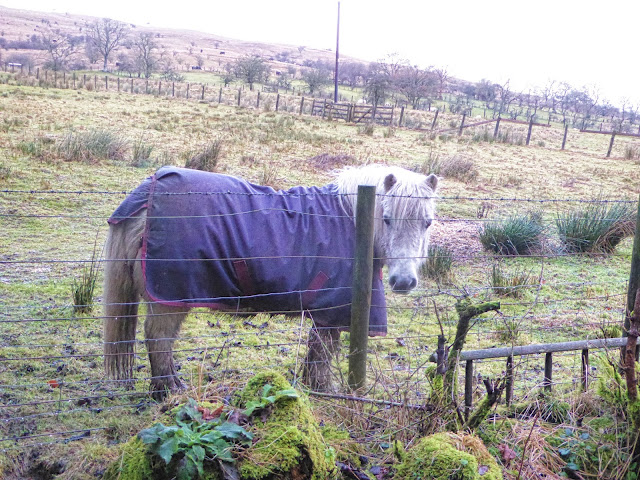 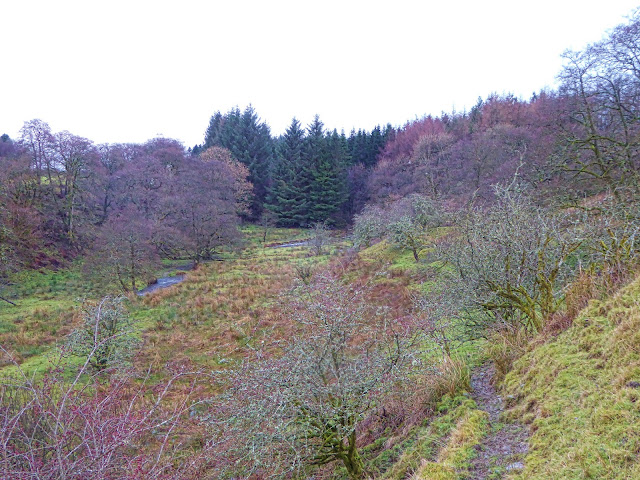 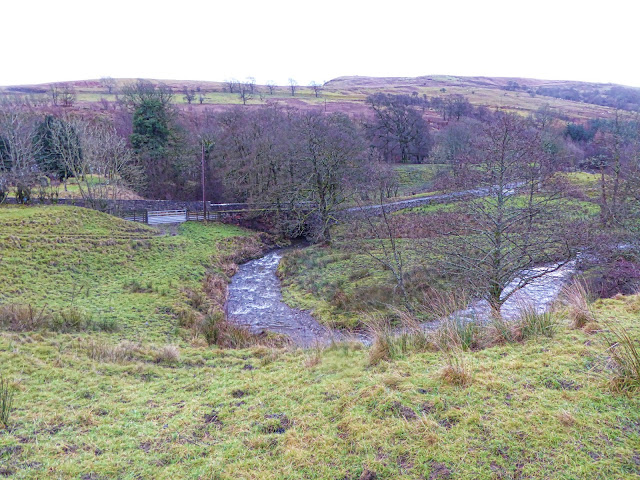 I liked the way this fence posts growth rings have appeared due to weathering and the way it has been trimmed. 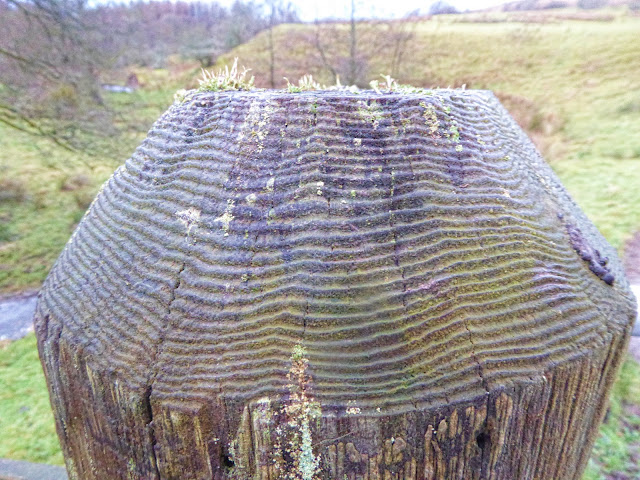 Due to the weather and lack  of decent light we had to make do with photographing Lichen and mosses. 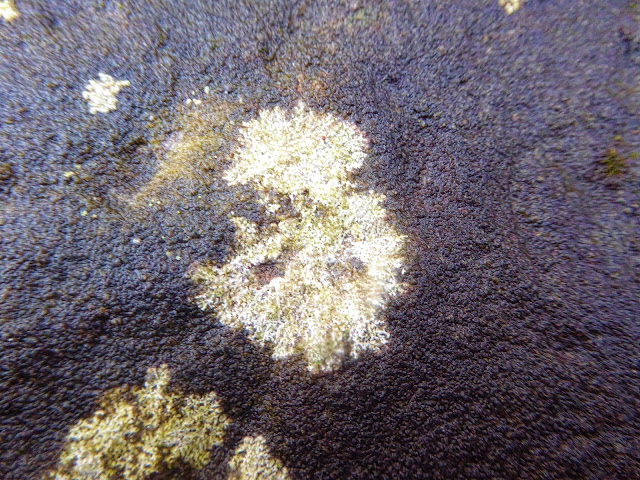 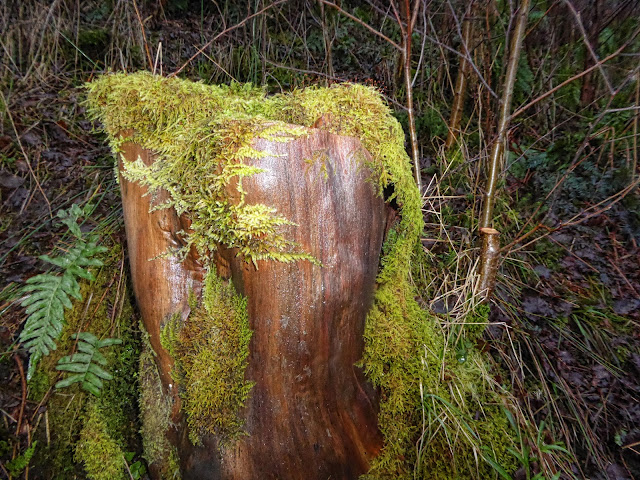 singing ......"he'll be coming round the mountains when he comes" 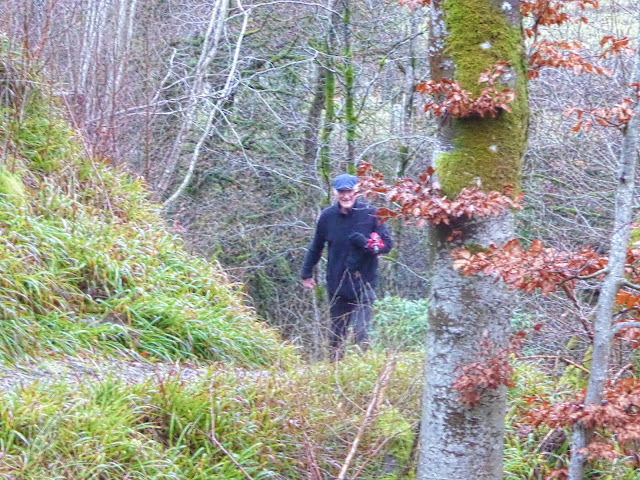 We made our way through the park  passing this rather quaint gate that has stood the test  of time... 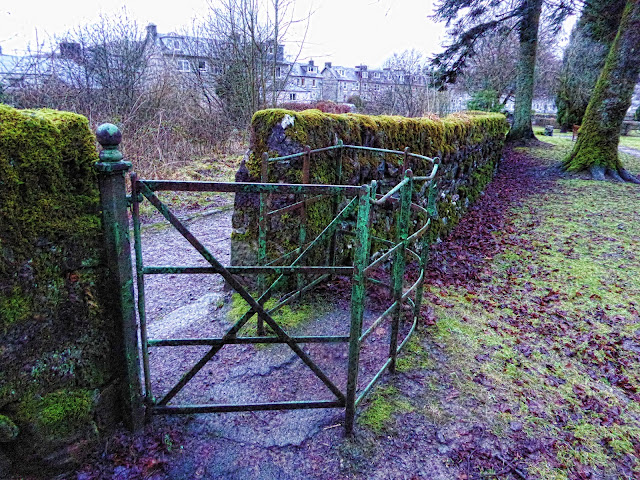 ...along the riverside path and on to Wauchope Cottage for welcome cup of tea and a 'Golden' biscuit. 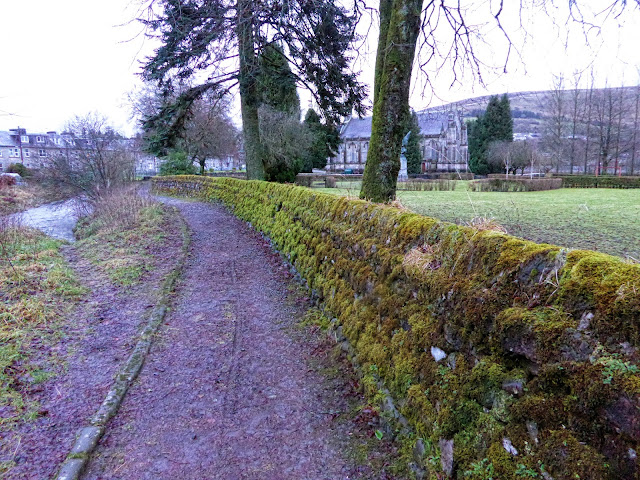 Not the most interesting of posts but it was good to get out with Tootlepedal once again but hopefully the first of many post this year. I also wish all my followers where ever they are a Happy New Year