After a lazy morning lounging about, and catching up with TV shows I somehow managed to get in the shower and freshen myself up.That done and some lunch I decided to attempt a walk up Meikleholm Hill and get some much needed exercise. The day was dull but reasonably mild which made walking a pleasure.

It was quite a pull up to the gate and on to the water reservoir but fortunately it's not to far and my planned route after that was all down hill. 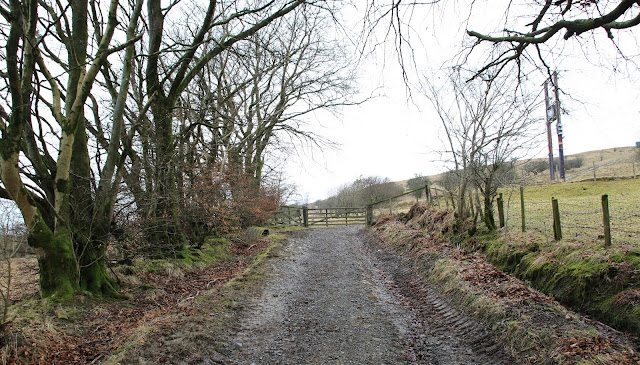 It was nice to see and hear lots of small birds flitting about in the bushes. 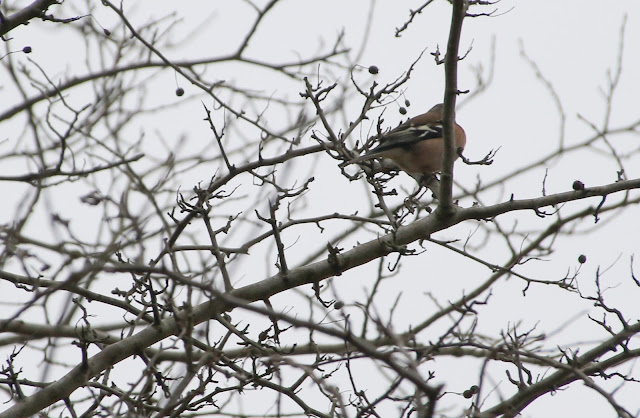 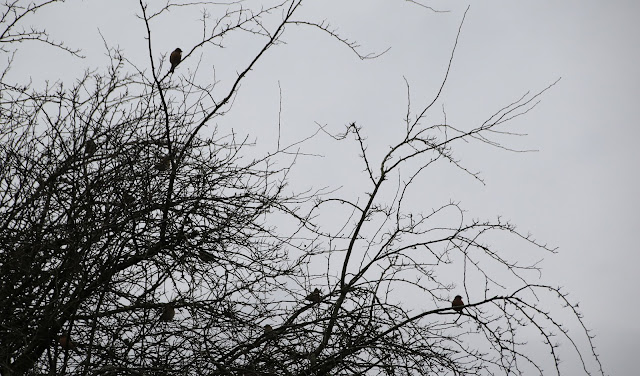 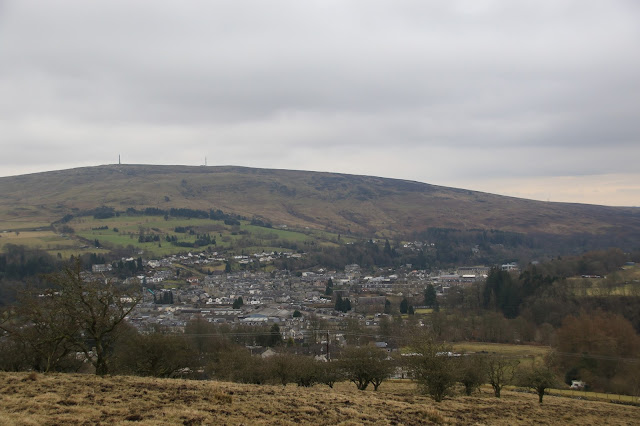 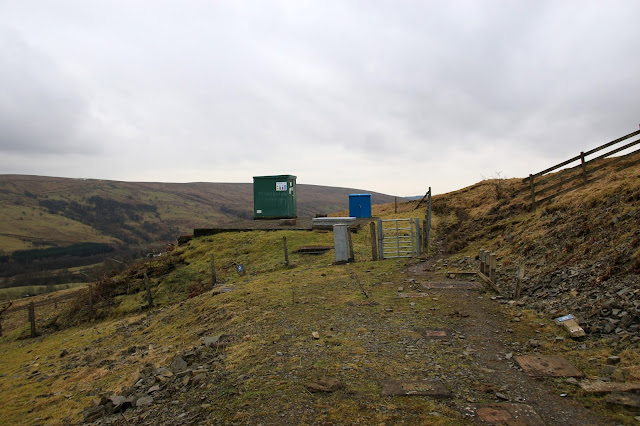 One of many patches of snow still on the hillside despite it being quite mild. 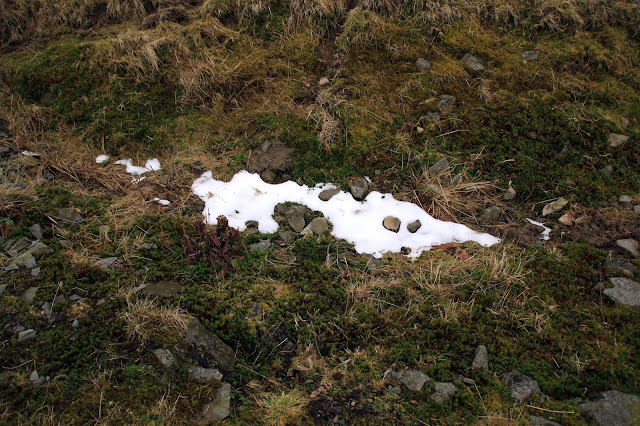 I find the contrasting bark on the birch very attractive. 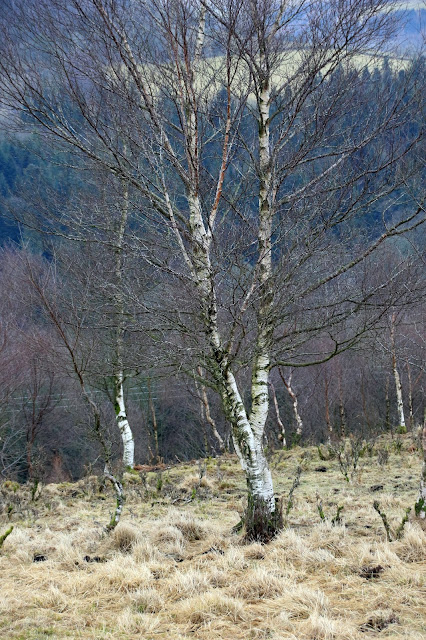 A rather dull view towards Potholm. 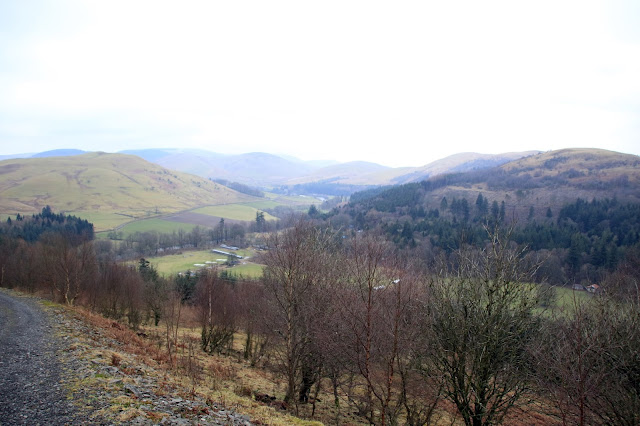 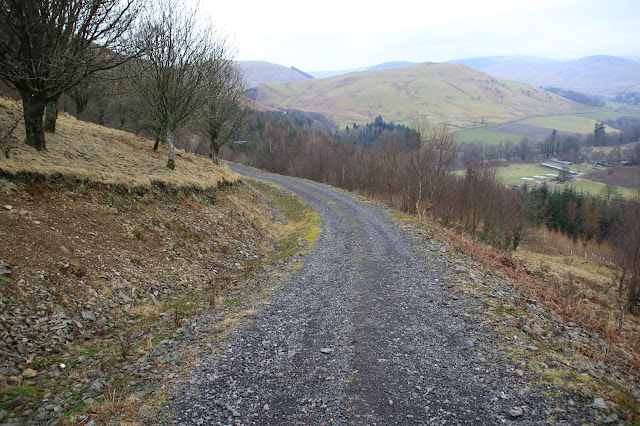 The quarry at Peden's View is eating away at the hillside. 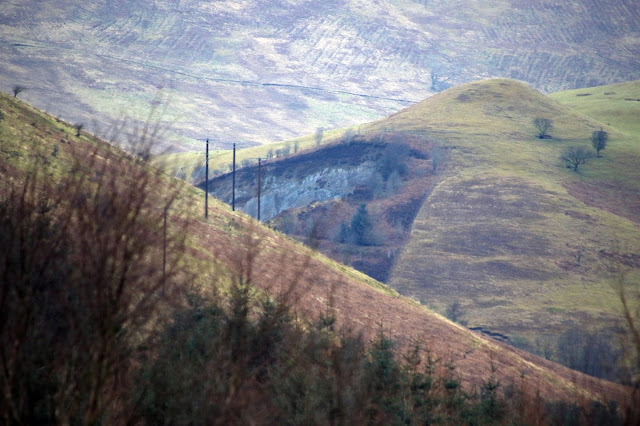 Along the way I noticed the what I thought was vegetation being eating by hungry deer but I quickly realized it must have been done by one of the modern hedge trimmers that can be attached to tractors as it continued the whole route on both sides. 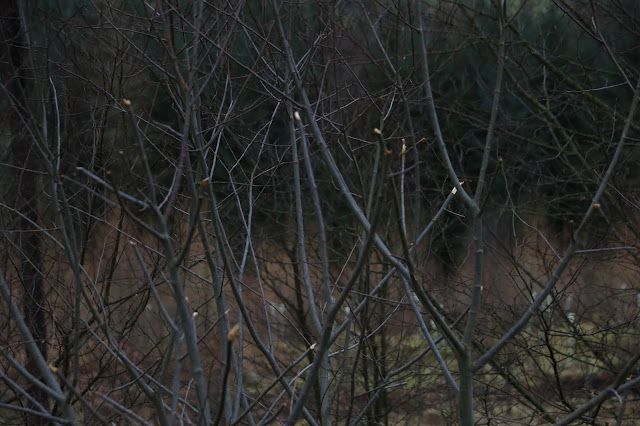 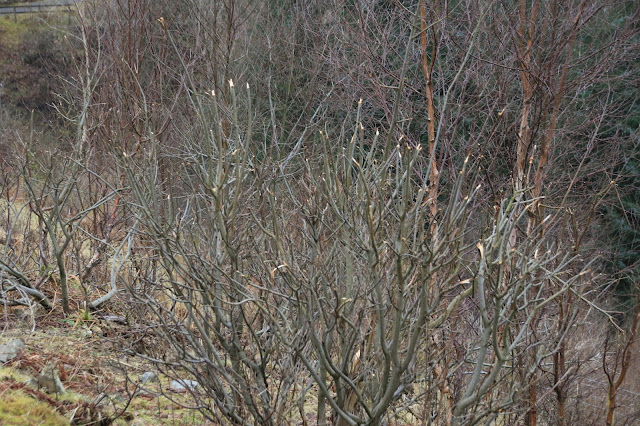 Catkins a sure sign of spring, I'm sure we called them lambs tails when we were children. 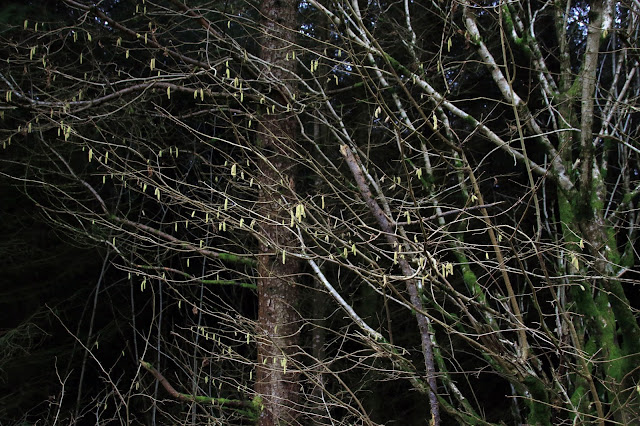 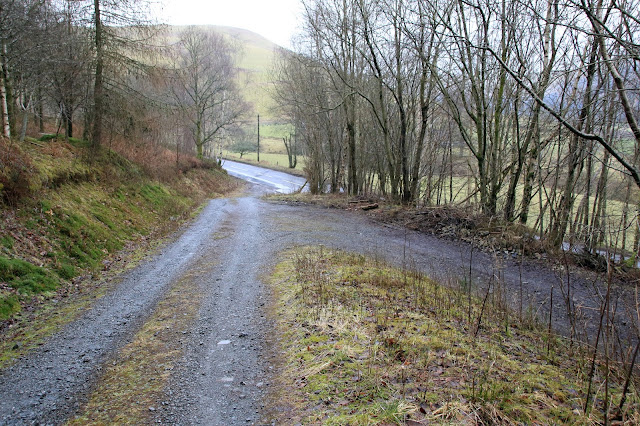 Asit was starting to rain I didn't dally too much but managed to get some shots along the way. 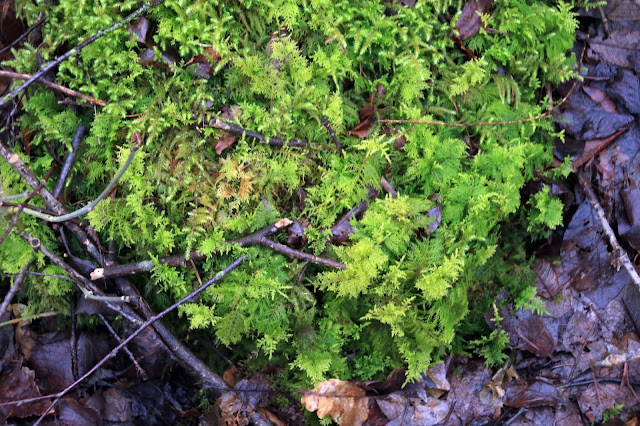 I've put this shot on to illustrate the litter I encountered along the way, I can reluctantly understand litter on the roadside as some people absentmindedly throw rubbish out of there vehicle as they travel rather than deposit when they get home, but what I couldn't understand was the litter along the track on the hillside especially the television that had been thrown into the wood  quite a distance up the track.. 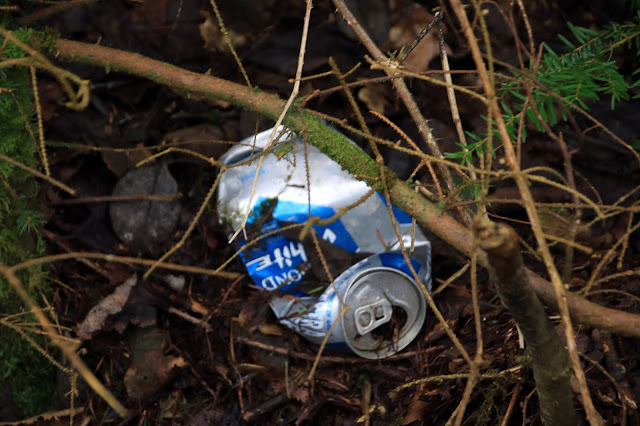 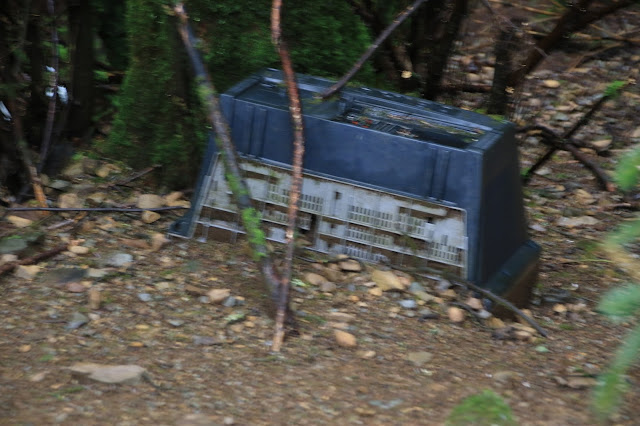 I managed to stop and take the odd shot of some lichen on the way home, maybe some of my more learned readers can enlighten to what they are 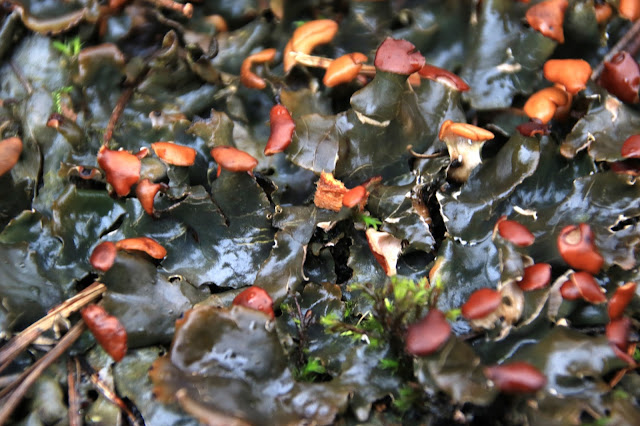 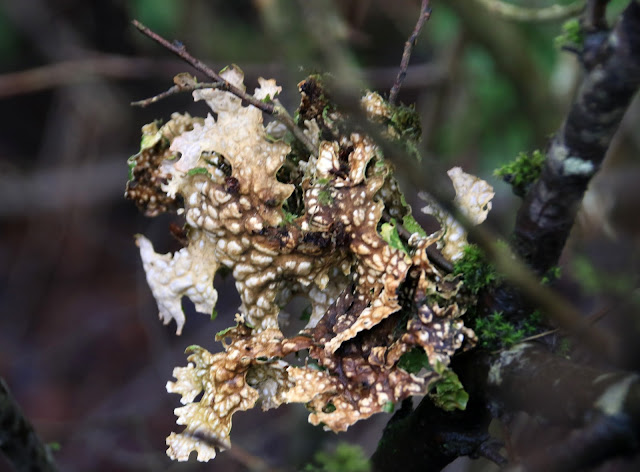 A nice touch of Spring as came back into town 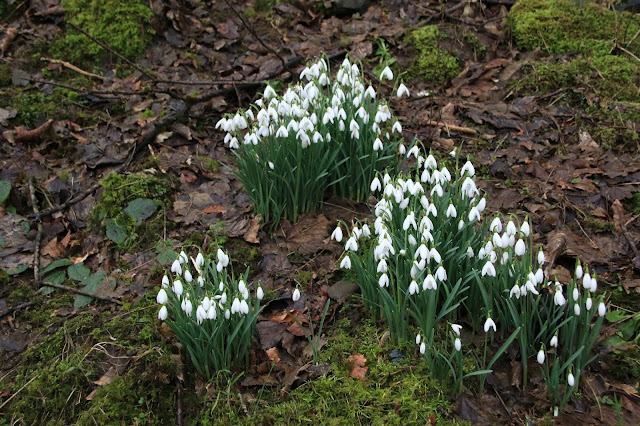 Langholm as I saw it today.

All in all it was a good walk, although it took a bit of self motivation to get off my backside and get out, which I must do more, but it was well worth the effort, hopefully we'll get better weather and brighter photos.

Not the most exciting of posts but a very pleasant walk nevertheless.
Posted by Sandy at 15:18