A couple of days after our elephant experience we hired a car and driver for a day and headed off into the mountains near Chiang Mai to visit the Hill tribes that live in the uplands and other places of interest. The car came in the form of a very modern and comfortable people carrier driven by a very knowledgeable and pleasant young lady at a modest cost.


Our driver for the day. 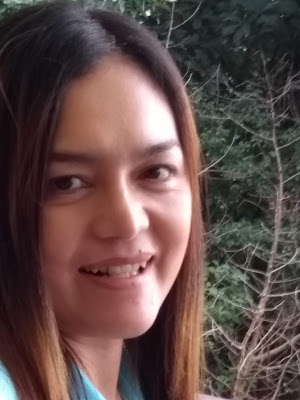 Hill Tribes
Northern Thailand Hill tribes consist of seven main groups, most of whom have migrated into the area in the past 150 years, originating in Yunnan, northern Burma and even Tibet.  Primitive,  poor and often marginalized by Thais, the hill tribes prefer to live in the Uplands  undisturbed and are noted for their distinct costumes. tourism dollars, and efforts by The Thai King's royal Project to provide them with agricultural cooperatives, has brought prosperity and outside influences to some villages. 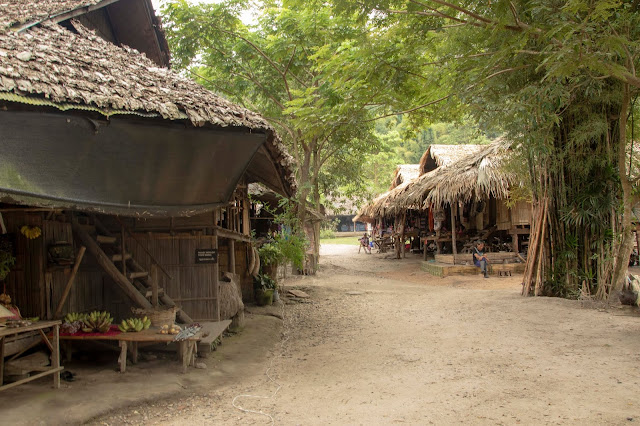 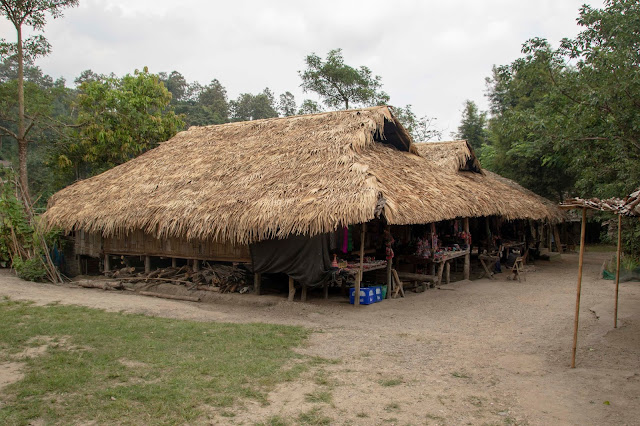 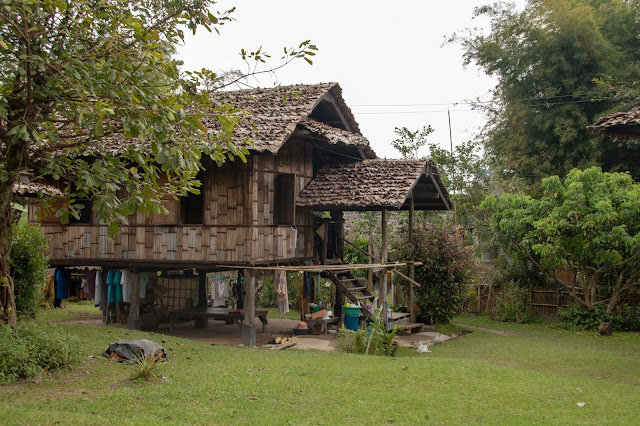 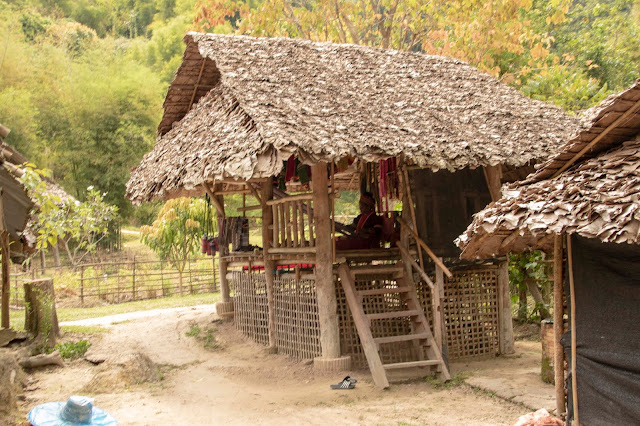 It was good to see the village crafts being performed and as we all come from a textile background we found it very interesting. 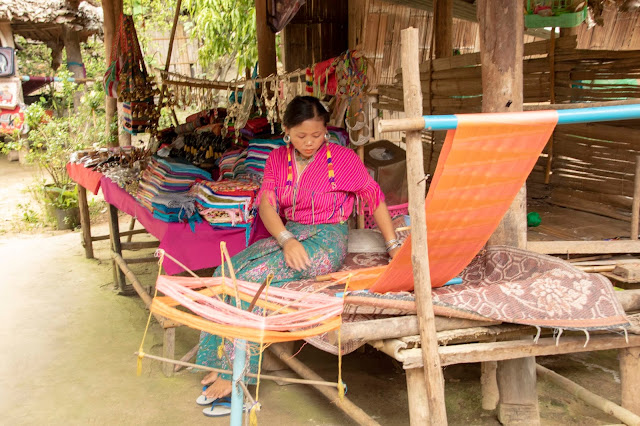 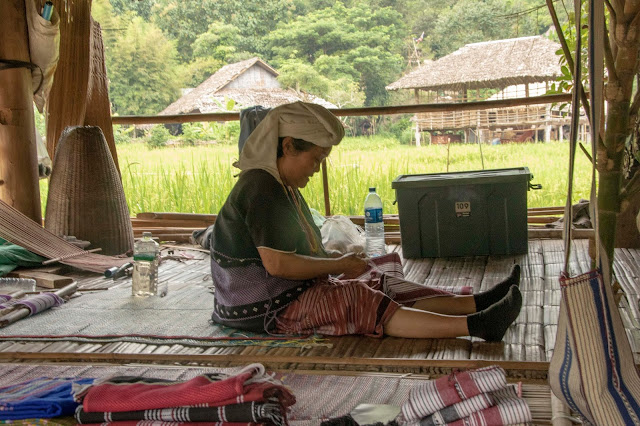 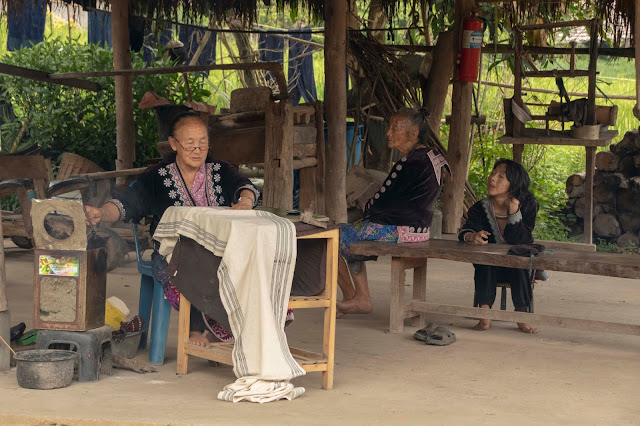 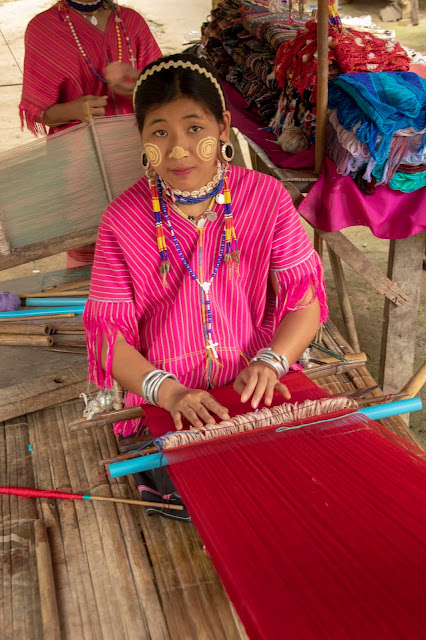 Karen Women
The Karen women are famous for the gold rings they wear around their neck, from the age of 5 until their 21st birthday a ring or coil is added yearly, the rings are taken off once year for 3 - 4 hours, any longer than this their necks would break. Taking off the rings is a special ceremony and only the women attend. They are also known as Dragon Ladies due to their elongated necks. Researching this information I was disappointed to learn that life is not what it appears to be with these people. Apparently on arriving in Thailand  they were leased some land and were given visas and work permits. They are not allowed to leave their villages, if they want to stay in Thailand they have to stay on the land they were given. The fact that they are totally dependent on tourism to make living eases my conscience a little. 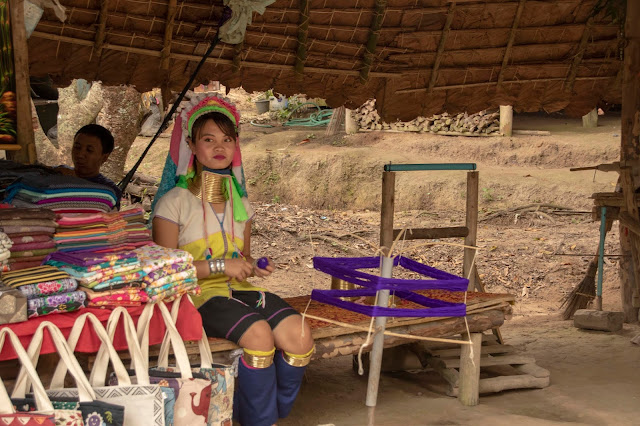 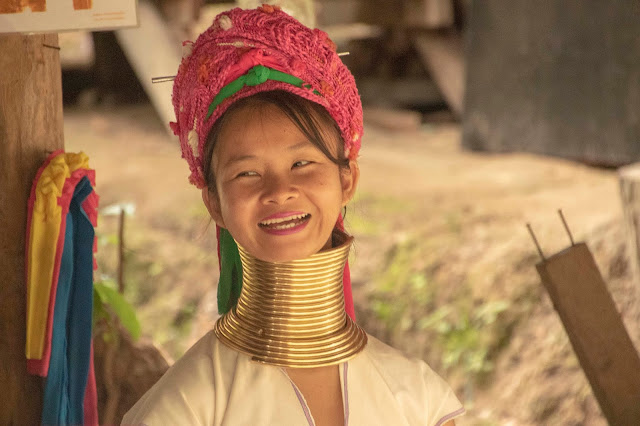 On questioning one of the younger Karen I was told that the coils that are placed around the neck is neither painful or uncomfortable as it is done over long periods of time. 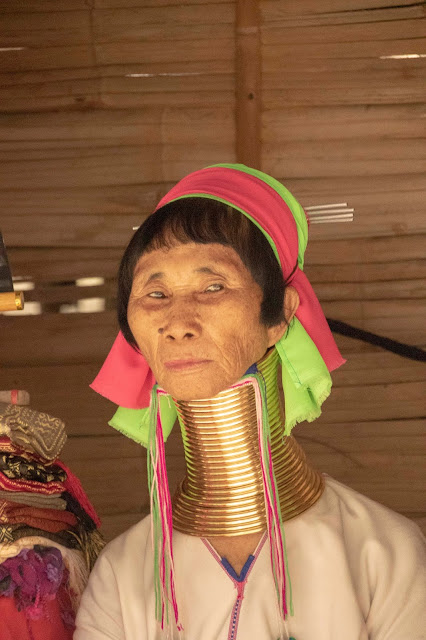 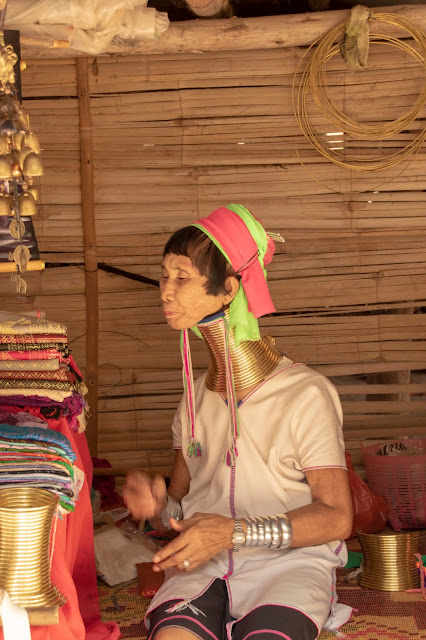 This was an interesting and educational day out. We did visit other places of some interest but I think I've posted the most interesting photos.