A Day At The Zoo

On day ten of our Thai adventure we took a trip to Chiang Mai Zoo. The zoo was well laid out with lots of interesting birds and animals to view, although I did think the big cat enclosures were a bit on the small side especially the tiger's as it was pacing back and forwards and seemed very agitated. The zoo was set on a hillside much like Edinburgh Zoo but on a much larger scale, Edinburgh being around 33 hectares and Chiang Mai at around 80 hectares so a nice casual pace was necessary to go round the large complex. I was given the task of leader so with the help of map of the zoo we ambled round with the minimum of fuss and getting lost.

We were greeted by these rather colourful parrots on entry. 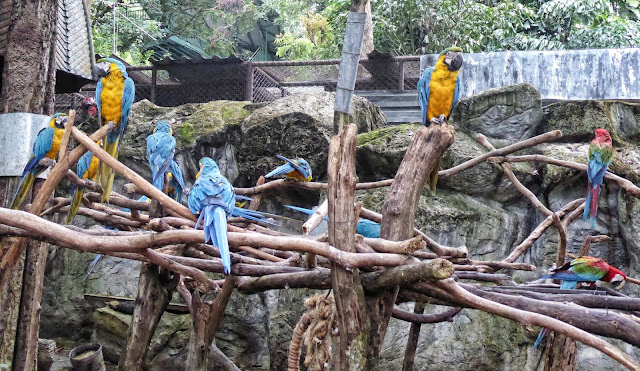 The hippos were always on the lookout for the odd tit bit..... 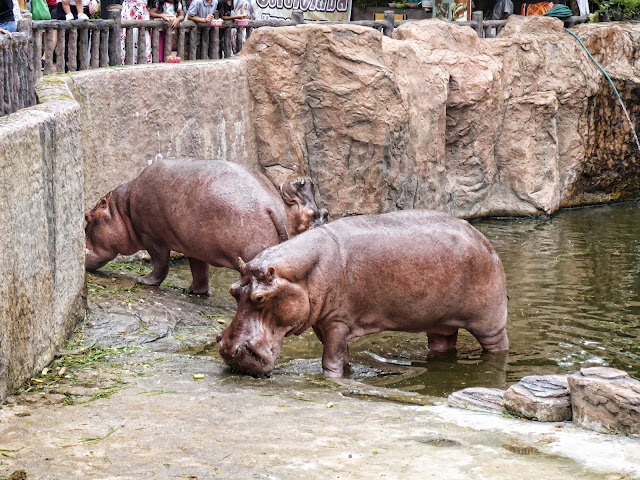 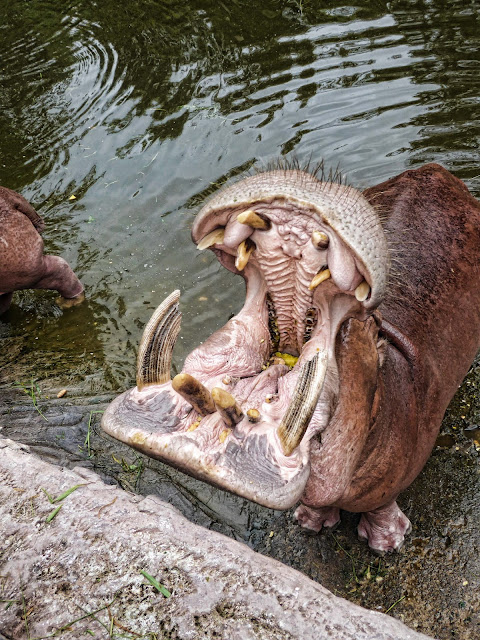 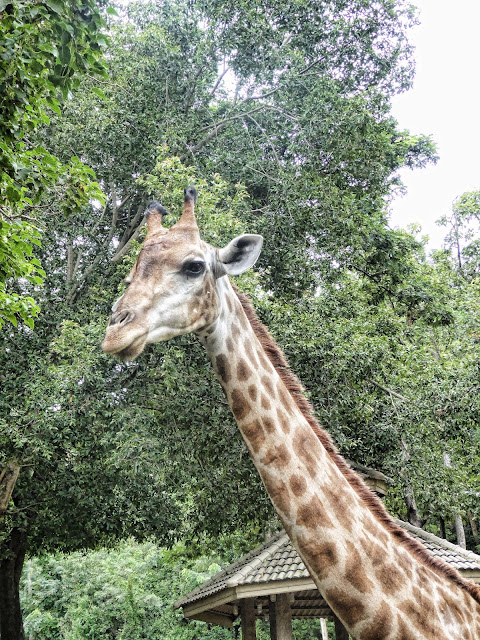 It was nice to watch this family interacting with the giraffes. 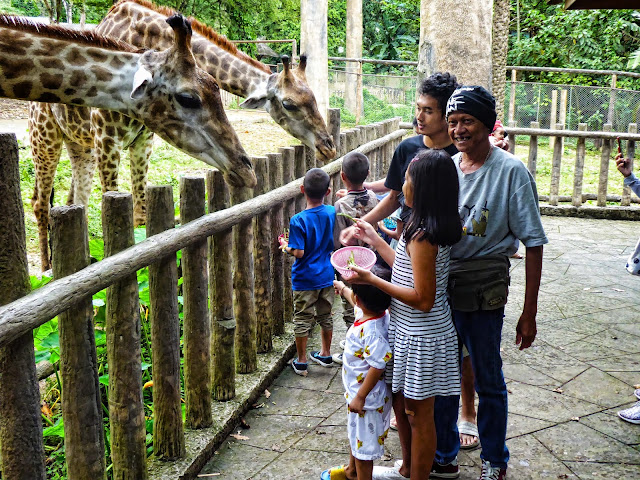 The restless tiger, we found this rather upsetting but was one of the few low points of the day. 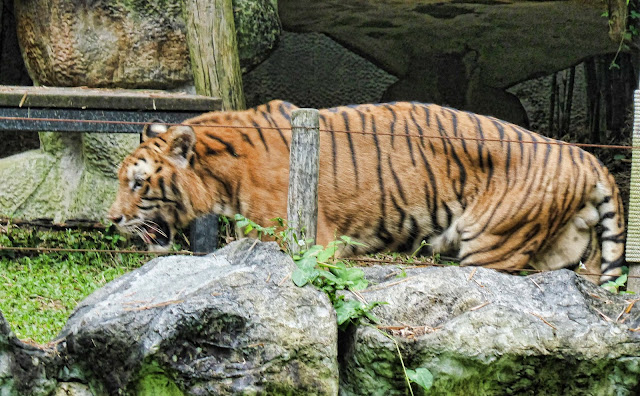 One of the other low points was the large bird enclosure, apart from these photos there was little to see. 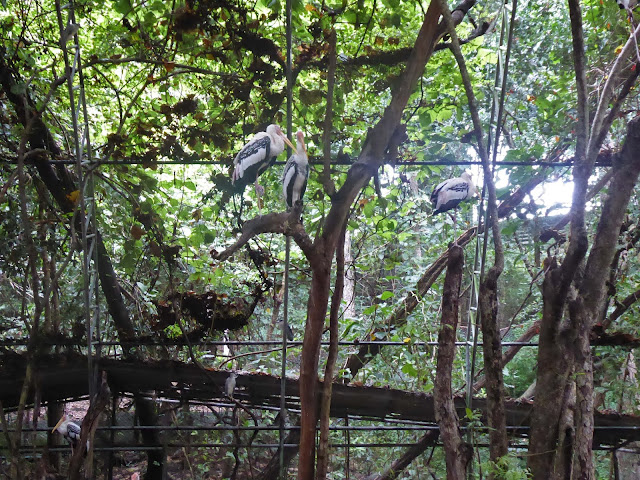 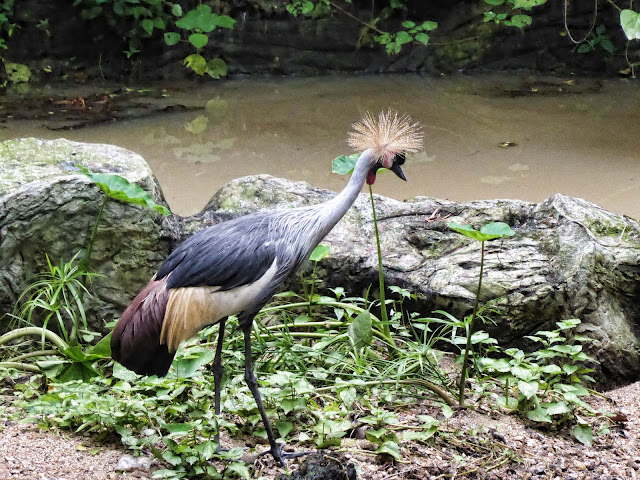 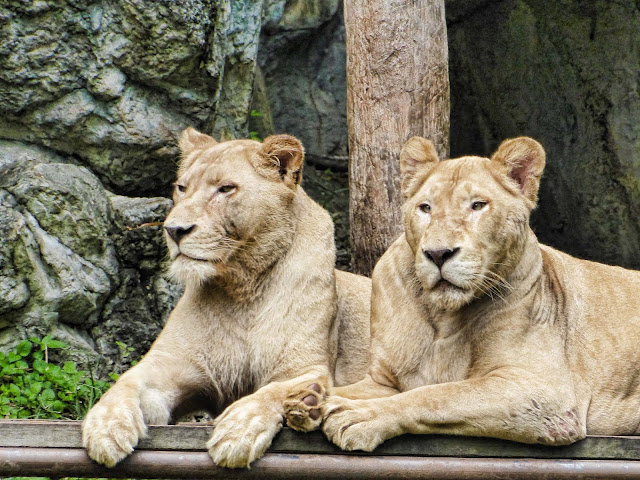 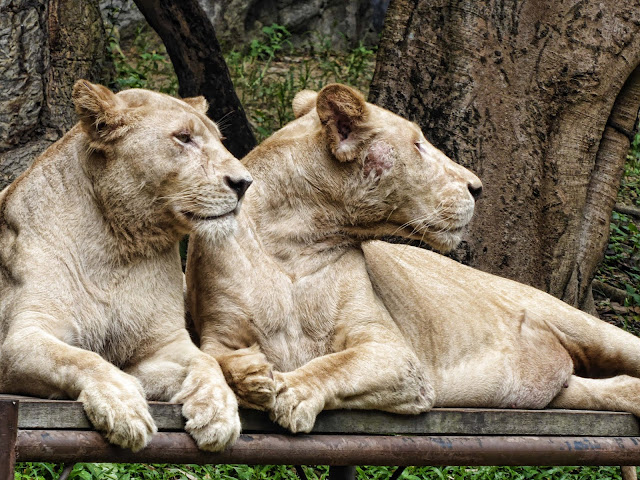 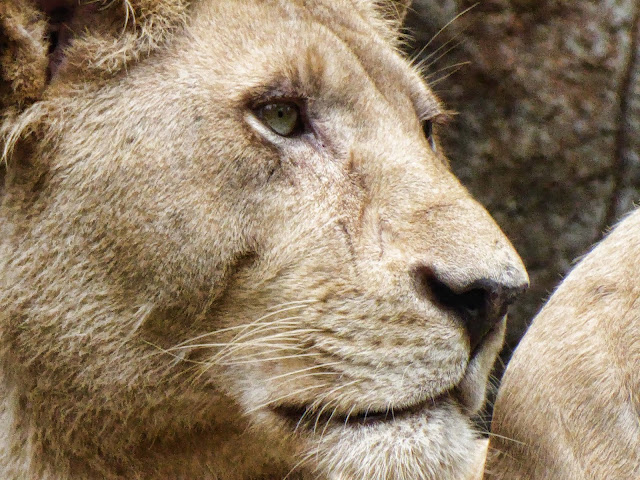 The pandas were endearing and it was very entertaining to watch them enjoy a laid back lunch of bamboo, but they were..... 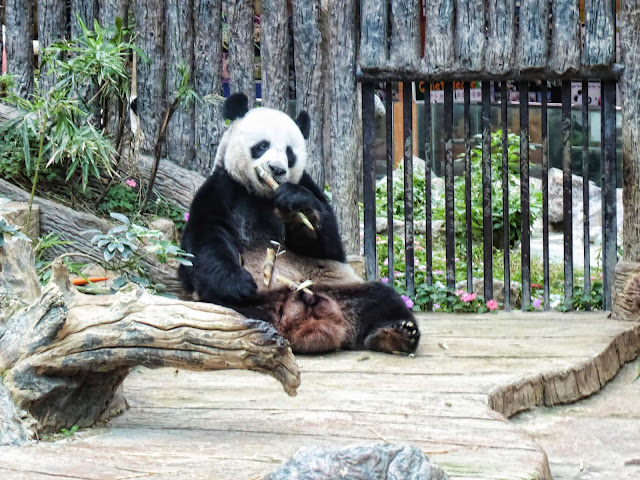 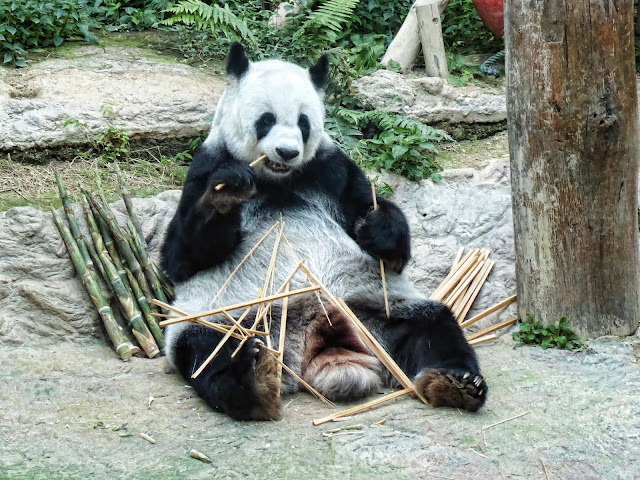 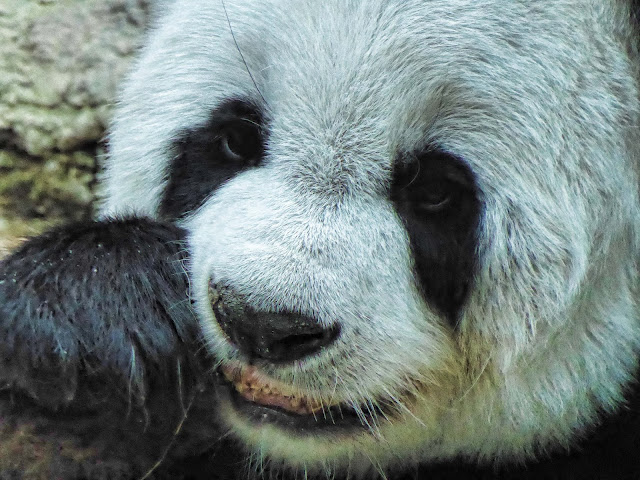 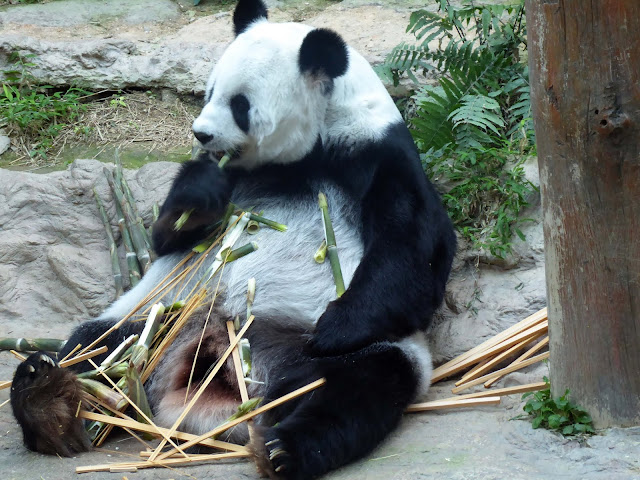 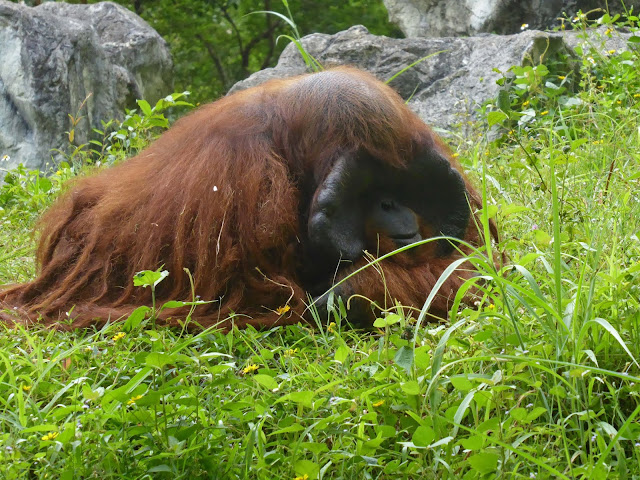 The deer enclosure was very large and held a variety of deer species. 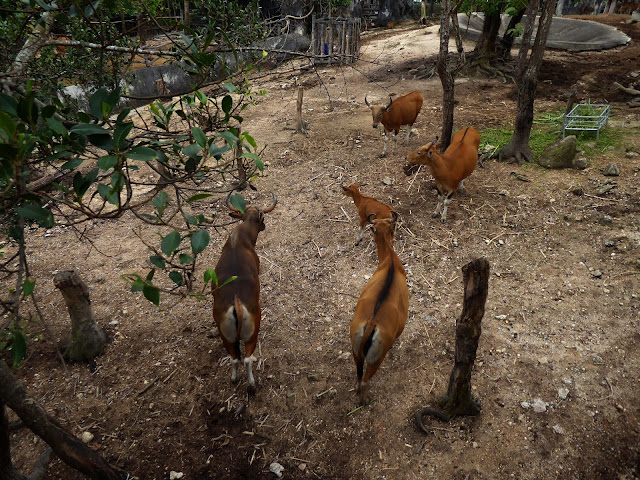 Not to be disturbed. 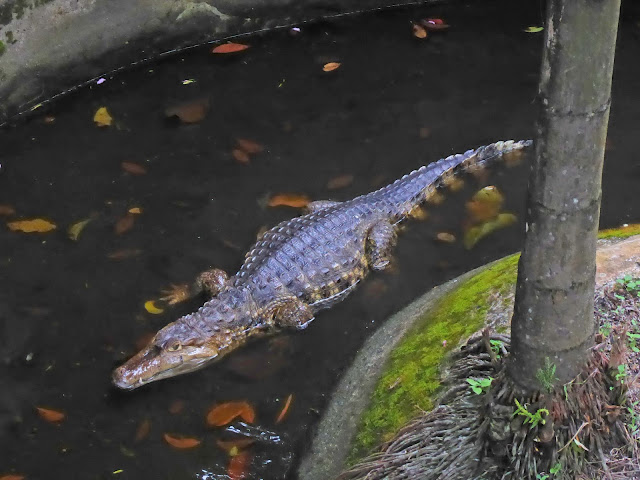 This primate would 't have disgraced a village cricket team..... 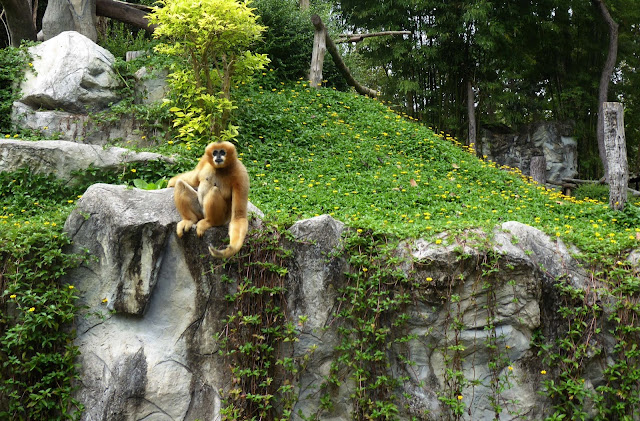 .......with it's catching skills, as long as bananas were being bowled. 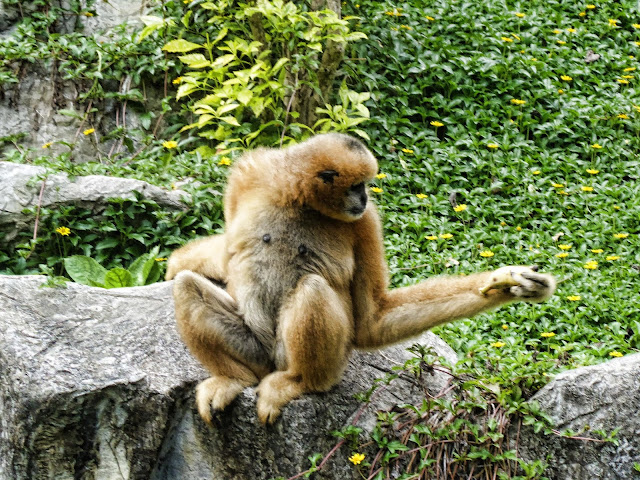 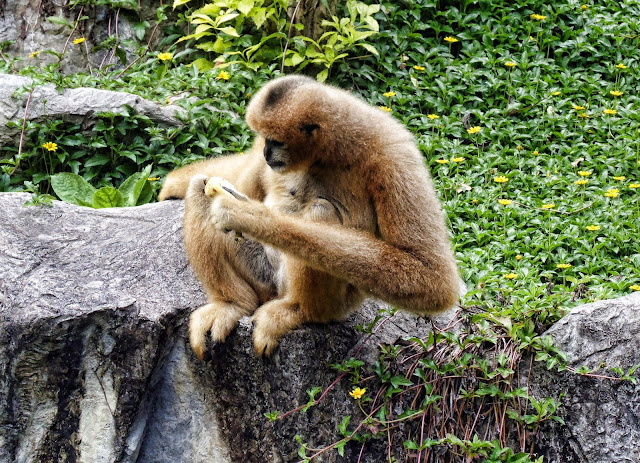 View of Chiang Mai from the highest point of the zoo. 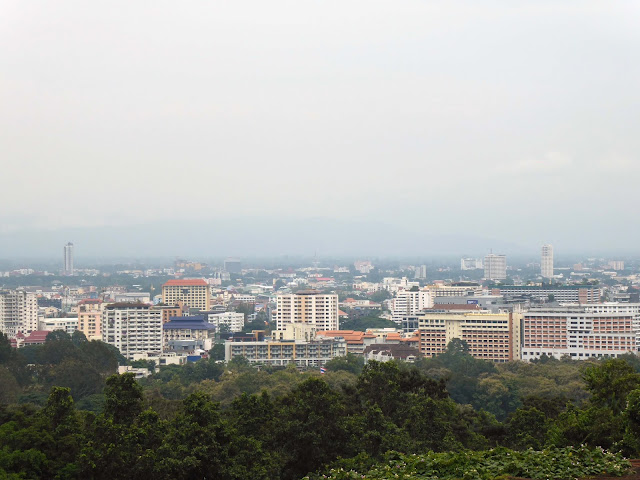 This was an interesting but tiring day and we were glad to return to the hotel the hotel for a rest before going out in the evening.
Posted by Sandy at 04:17