I have just returned from a two week break at Sunny Beach on the shores of the Black Sea in Bulgaria. I had Kenny and George for company and we were joined for a large part of the stay by Kenny's brother Cliff and his friend Paddy, they were located about a mile from our Hotel but we managed to meet up on a regular basis.

We had a couple of days to spare before Paddy and Cliff Arrived so we did a bit of exploring, avoiding prehistoric tourists on the way. 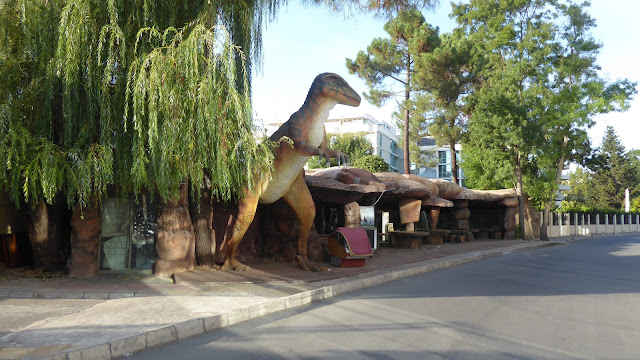 The area had rather tacky but colourful stalls. 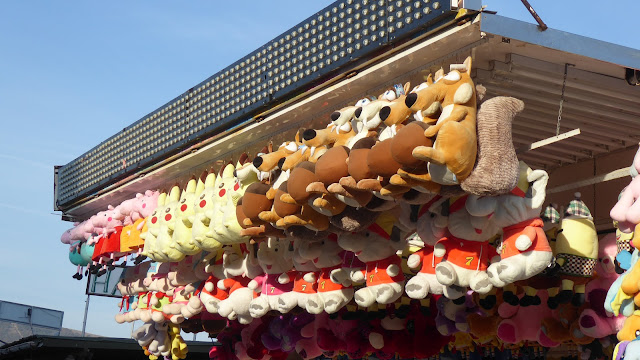 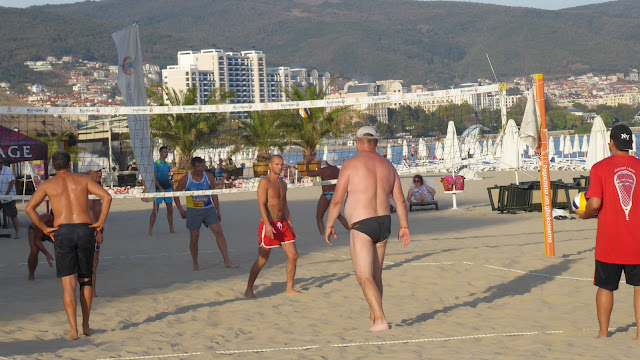 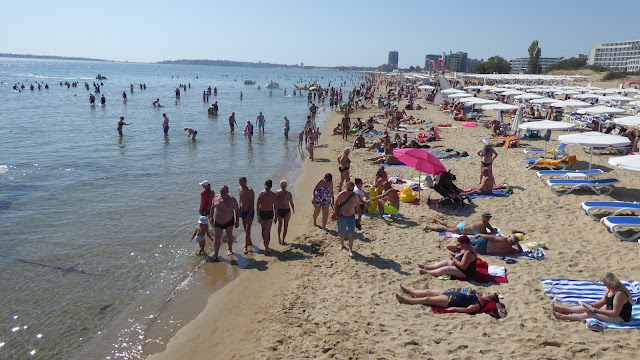 We took a boat trip to the ancient city of Nessebar 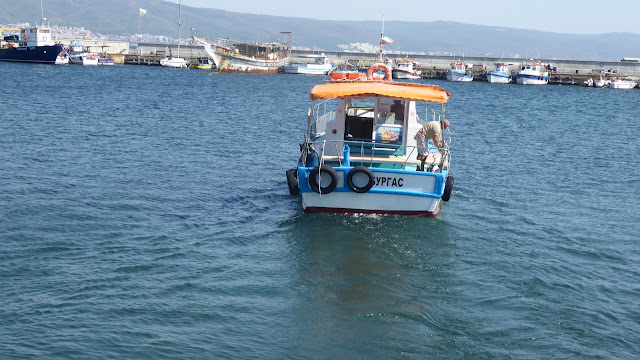 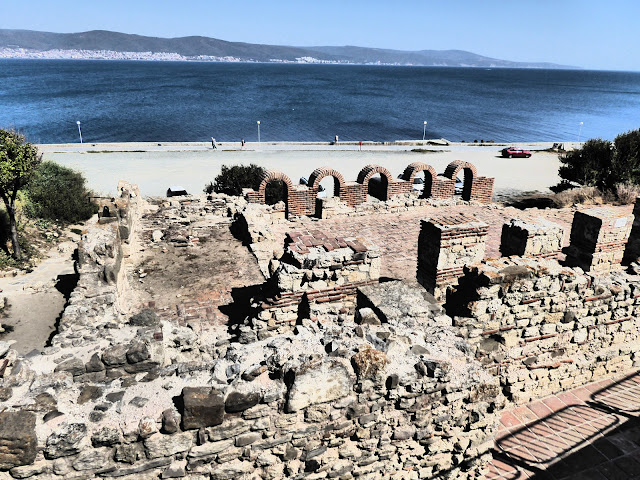 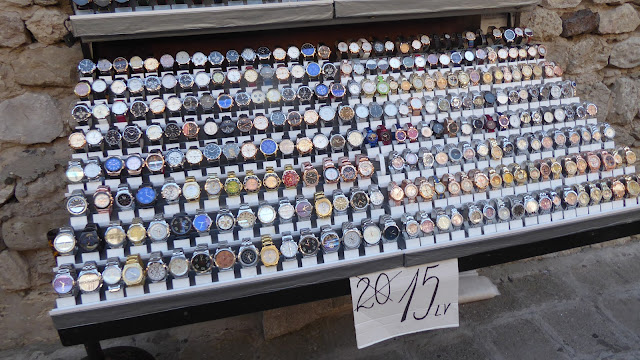 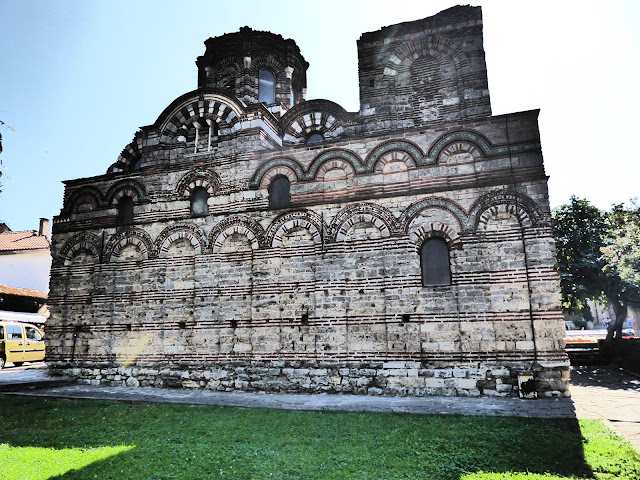 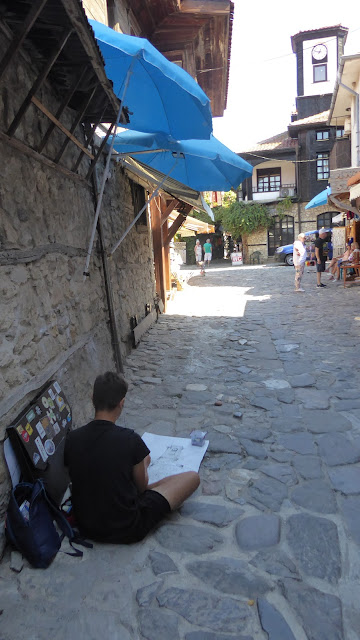 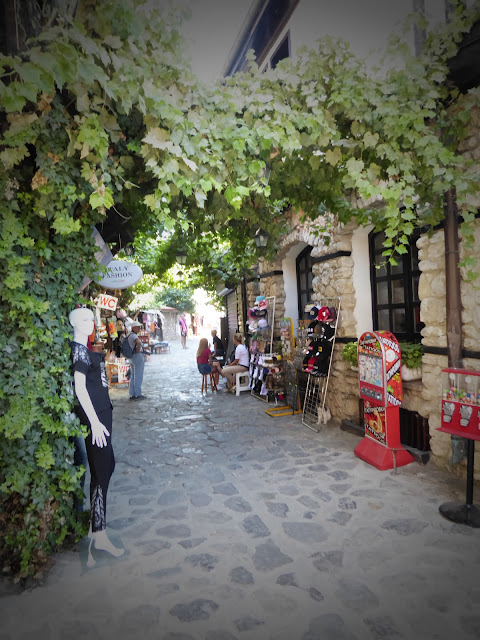 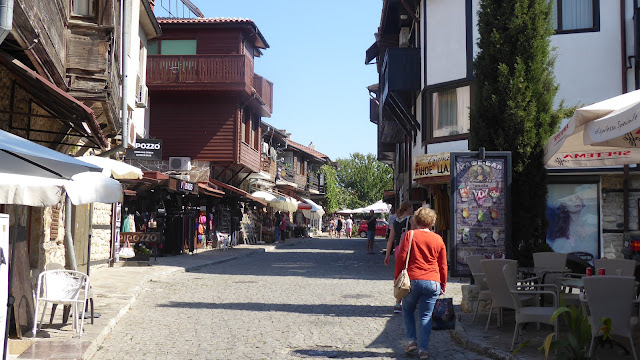 Sadly I haven't quite managed to capture the feel of the place with its narrow winding cobbled streets. Every available space was used to sell wares to the tourists although again a bit tacky I found this rather a attractive as it added colour and character to the place. To find out more about Nessebar click here.

We returned to Nessebar later with Cliff and Paddy where we had a nice afternoon showing them the ancient city. Unfortunately the day was marred by Kenny getting his pocket picked by two young girls working in tandem as we boarded the bus back to Sunny Beach, so it pays to be very careful and vigilant.

In reflection, we had a good time, nice hotel ( we were given an upgrade to deluxe accommodation, with pool and sea view) the food was varied and presentable, (the sweets were to die for, the best we've ever had). Whether I would go back is questionable as I don't think I seen the real Bulgaria by any means, but maybe some day.

My apologies for this post being rather erratic but travel fatigue is catching up.