There was a bit of mist hanging over the hilltops when I woke this morning but by the time I went to fill the feeders at the moorland feeder station it had cleared quite a bit. When I arrived I found that someone had already filled them to which I was very grateful. I hung about for a short while but there were no birds of real interest so I headed home for tea and toast for my breakfast. I then spent the rest of the morning reading the local and national newspapers. 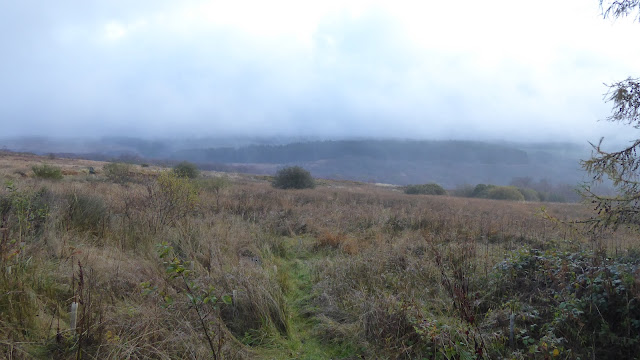 All quiet at the feeders.... 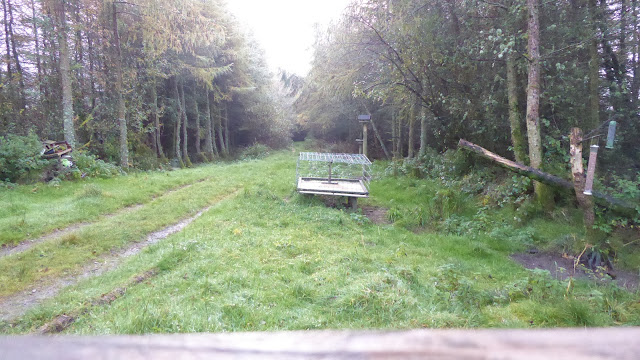 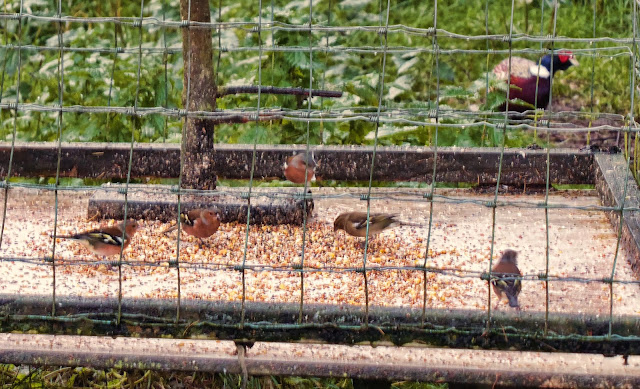 I need to get to grips with my focusing. 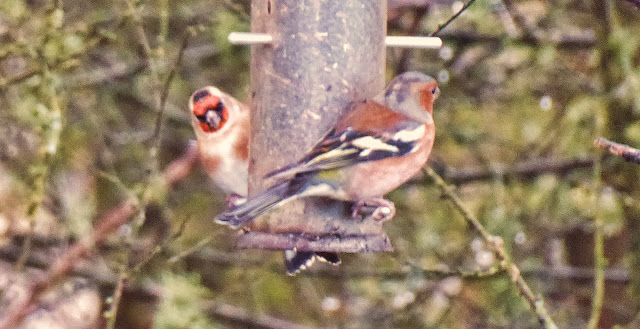 The view from the cattle grid looking up the valley. 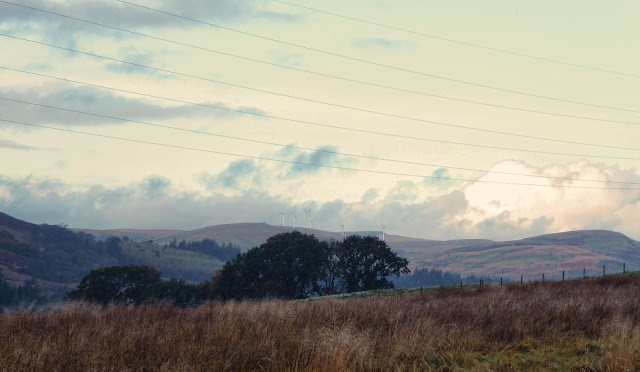 While I was there I found the wall was full of very interesting things to photograph. I need to get in touch with Tootlepedal to see if he's interested in exploring along the wall bit further. 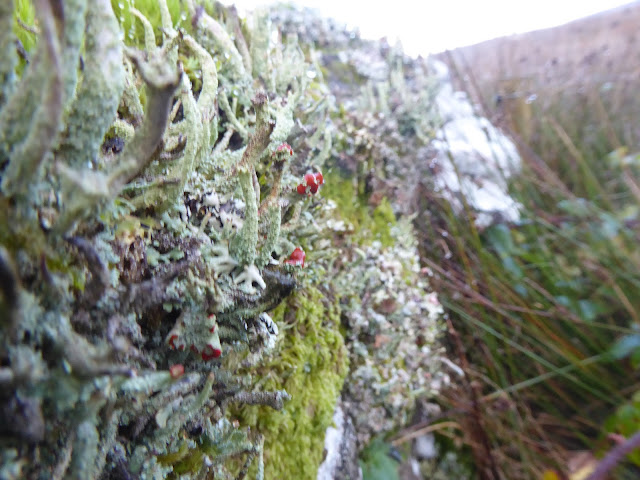 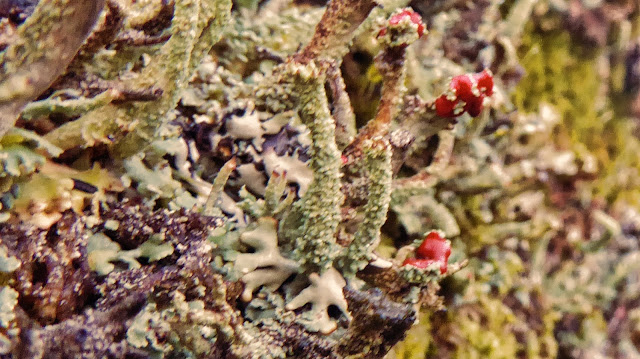 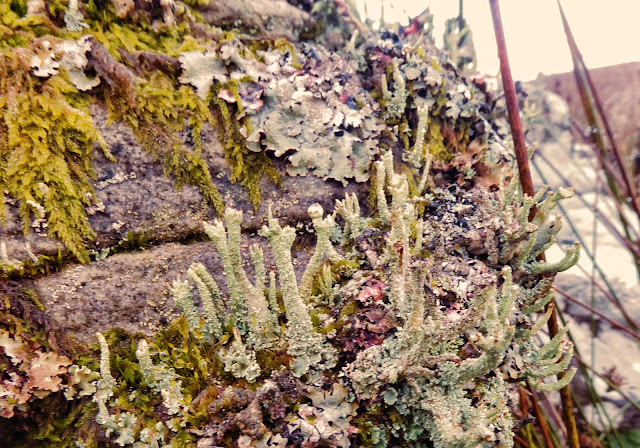 After a lunch of homemade cream of parsley and parsnip soup I got togged up to go out on the ebike. It's getting to the time of year when every time I go out I seem to have an extra layer of clothing on, this may seem excessive as when you're wandering about the house before leaving it gets rather warm but once you're out in the open the benefit is very apparent.

I headed off up the Wauchope Road with the intention of going round my usual route of past the Bloch Farm and back by Tarras, but as I was feeling a bit perky, which is very rare at the moment I had a change of heart and decided to grab the moment and have a little tour around the Solwaybank area. This was an excellent decision as the elements were favourable and the roads were quiet and no big inclines to cope with, but that is maybe where the Ebike comes in.

I had no real intention of making this a photographic trip but when I came upon these unusual sheep I had to stop and take a snapshot. Anyone know what breed they are? 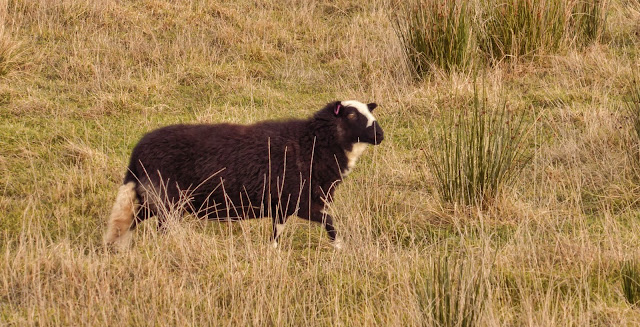 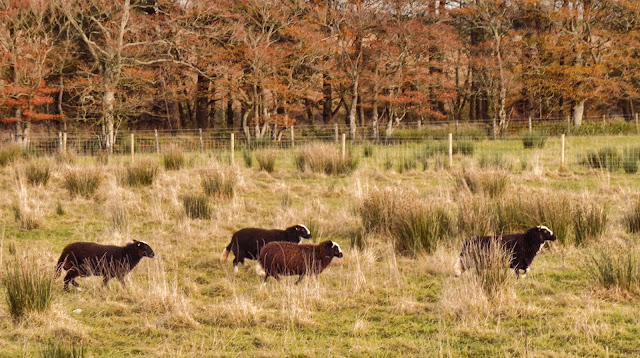 The access road that has been created for the intended wind farm in the area. 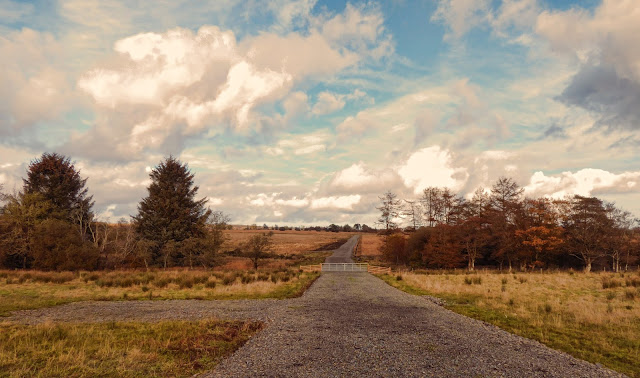 On the subject of wind farms I wonder if there was a similar reaction to the electric pylons that now march up and down the countryside when they were constructed? They now seem to be a very much of an accepted part of the environment. Whatever the opinion is it all strives to make a life of accessibility and comfort and hopefully not too much impact on the environment. 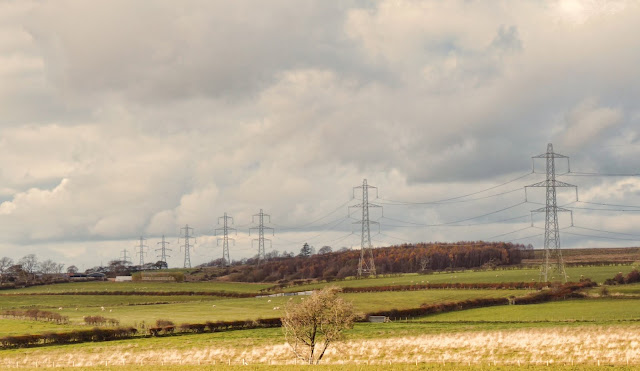 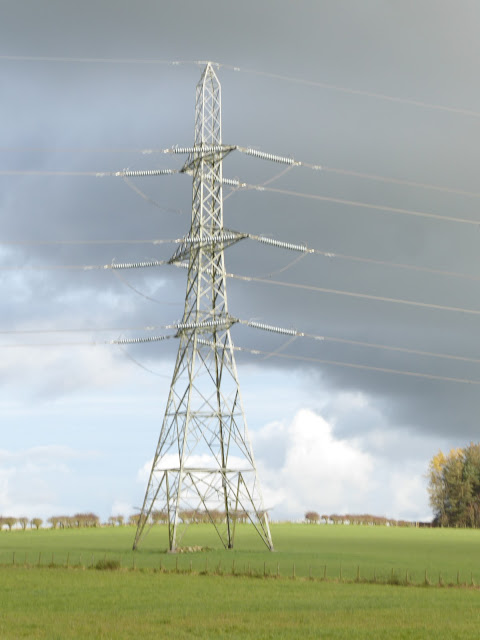 Same pylon but fun with Photoshop, I rather like this! 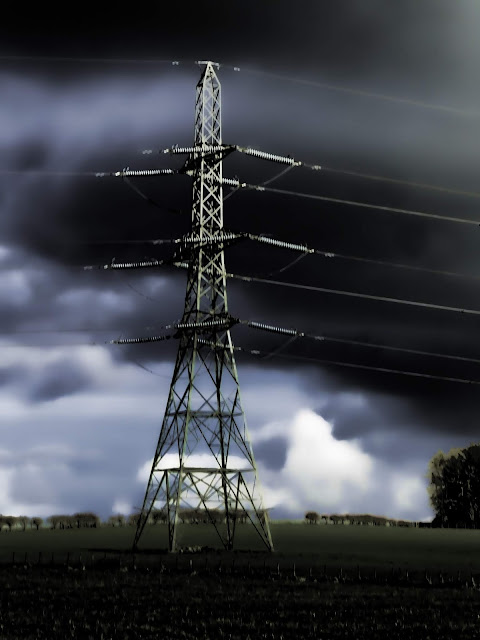 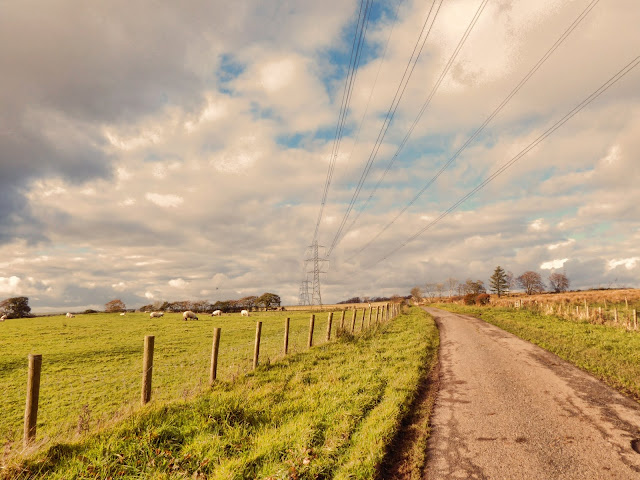 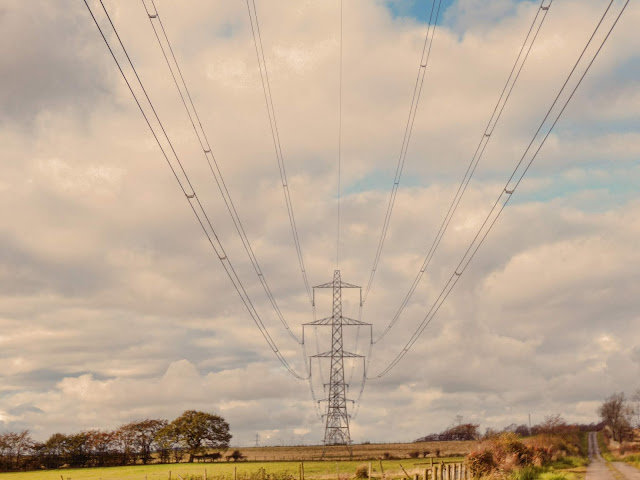 This was a very pleasurable pedal and good to know there is an excellent network for more pleasurable pedals in the future. The Ebike is going well and has added a new dimension to my life so I'm making the most of it before the winter months sets in.  For those that are interested my mileage is now 261 miles and an overall average speed of 9.5 mph.

On checking the blog It seems to be pylon line dominated but somewhat interesting in my opinion.