A Storm and a Cup of Tea

I spent much of the morning arranging and printing photos for entries into the flower show at Canonbie which is being held this coming Saturday. Last year I won the prize of Best in Show with a photo of a Nuthatch., whether I can repeat that remains to be seen. Later in the morning I called Tootlepedal to see if he was free in the afternoon, he said he was and I was to meet him at Wauchope Cottage at 2:30. I then set about making a batch of macaroni cheese which I had for lunch and froze enough for two meals in the future.

I met Tootlepedal and it was decided that we would have a walk up Warbla. I had reservation about this; could my foot stand the strain? To cut out the road walk we took my car and parked it near the path that lead up the hill. The first part was a bit strenuous on my part, but this was short lived as we soon met the track that winds it's way up the hill in a long but manageable way. My foot gave me little trouble but I knew I would pay the price later, but occasionally it is worth it as it was in this case. 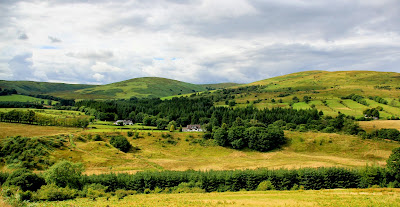 A new tree plantation has appeared 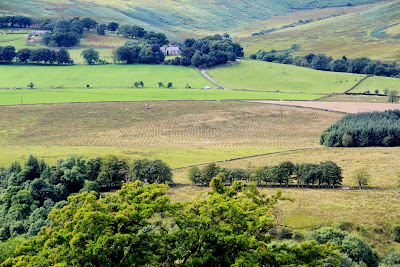 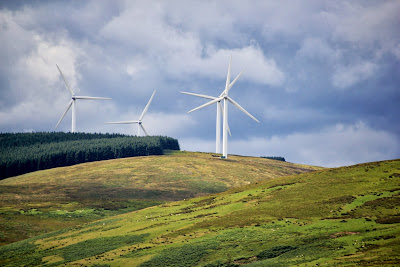 Tootlepedal strides towards the summit. 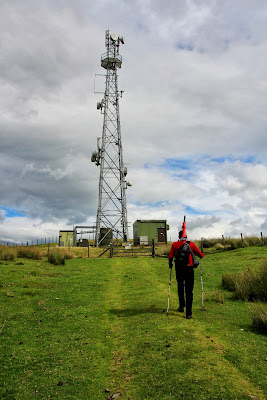 While the sun was shining on the monument..... 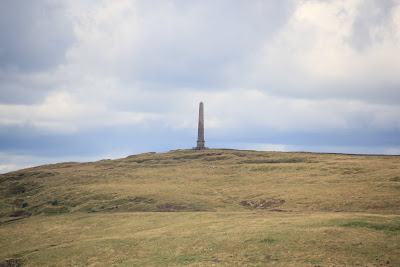 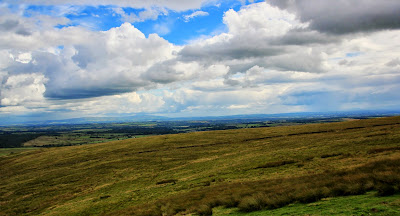 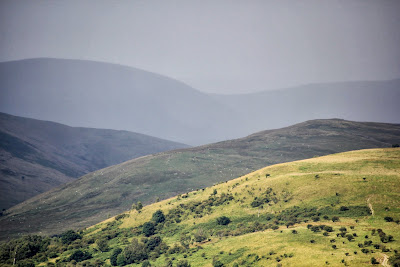 At this point we decided it would be a good idea to get off the hill in case it headed our way, as it was it moved away from us. We made our way back down the track passing the cattle in exactly the same place as we passed them on the way up which was very handy as it was almost at the point where we had to cut straight down the hill back to the car. The walk on my part was done partly on the promise of a cup of tea and a slice of walnut and banana cake so it was off to Wauchope Cottage for our reward. See Tootlepedal's  blog for his version of our walk.
Posted by Sandy at 14:40