Trip of a Lifetime

I'm rather late in starting to post my recent trip to Thailand but I've been tied up in getting up to date with archiving work. As this was a trip of a lifetime I went overboard with taking photographs so I'll post the trip over the next few weeks.

The Journey consisted of two seven hour flights to Bangkok with a short stop over in Doha. We finally arrived at our hotel and after a quick shower we were keen to get out and explore  the city but after a short while we soon discovered that this wasn't a city to explore on foot and we got totally lost, but after much plodding and asking directions we finally managed to make our way back to the hotel.

Grand Palace
After a restless night's sleep and some breakfast we decided on some a plan that involved as little walking as possible. We hired a taxi to take us to the Grand Palace. This is an amazing place and makes you stare in wonderment at the Buddhist faith and their liking for grandeur. Built in 1782 and for 150 years was the home of the Thai King. 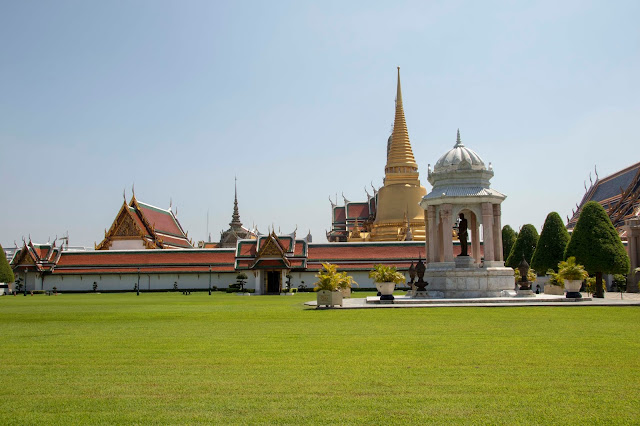 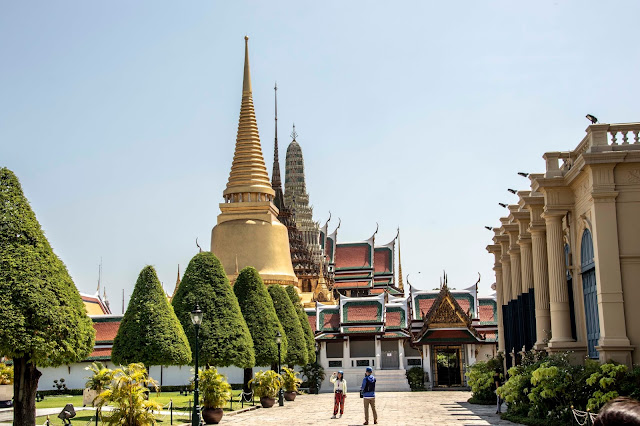 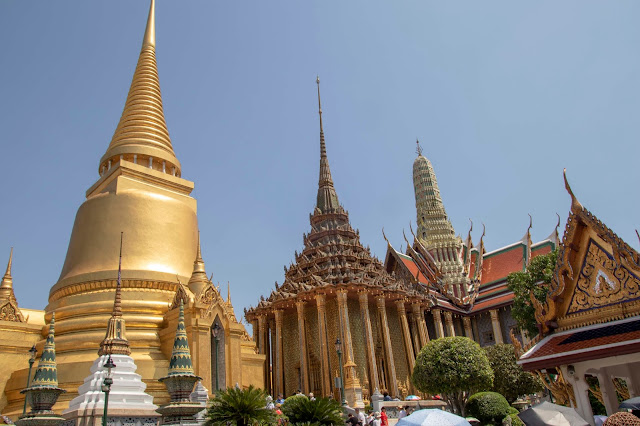 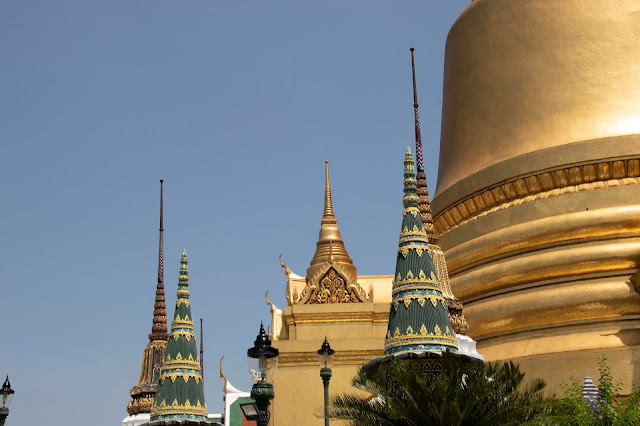 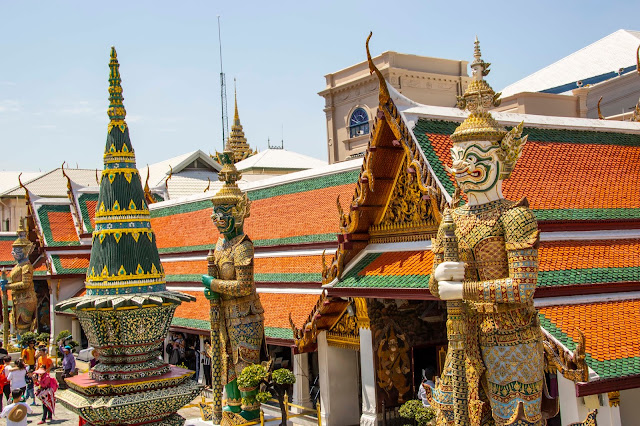 The decoration is mind blowing. 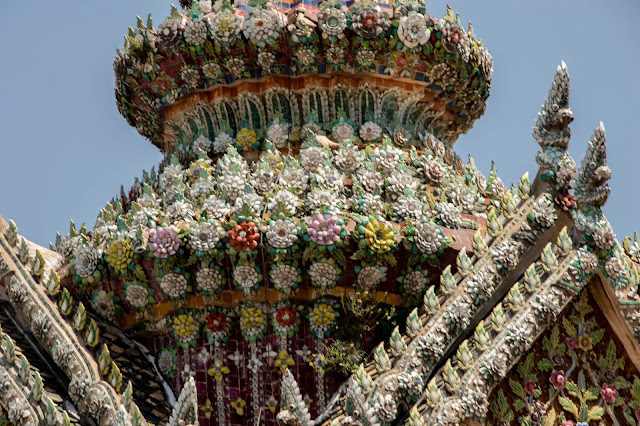 The interior of some of the buildings were decorated with murals that obviously told of tales and legends. 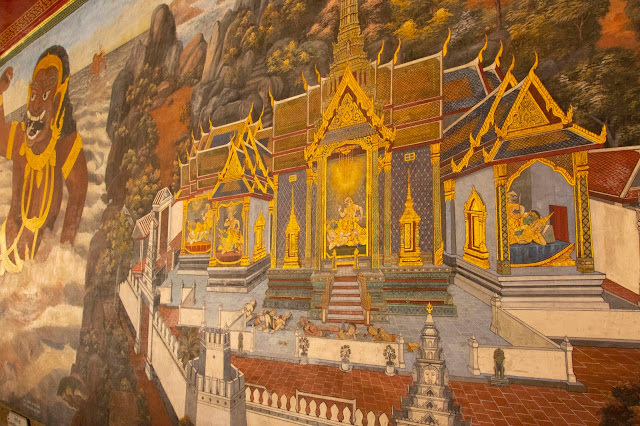 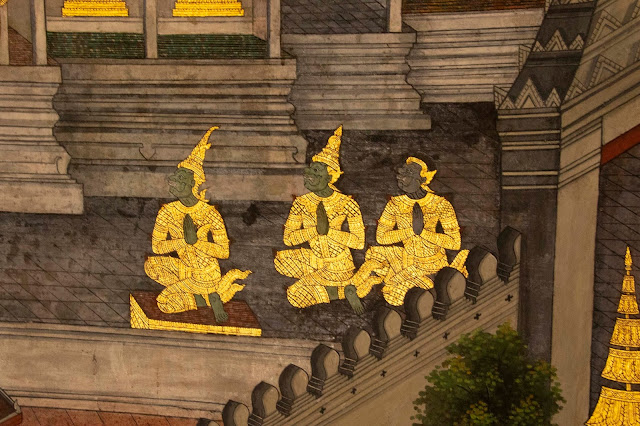 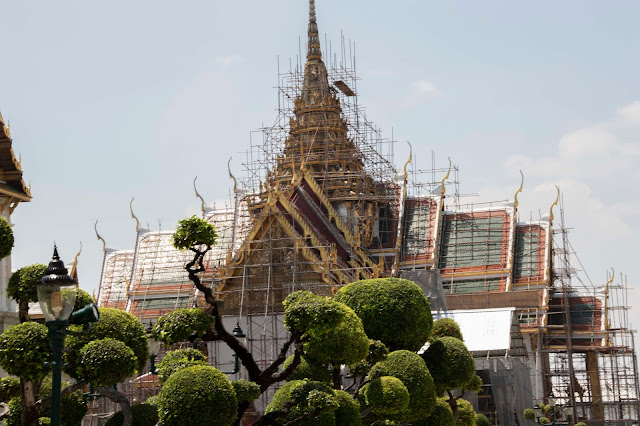 Boat Trip
With the prospect of rain the following day in we opted for a boat ride in the morning along the local canals or khlongs. This was my highlight of the holiday so far, there were people living in what I would consider very humble conditions but it was very interesting to see first hand how these people live. 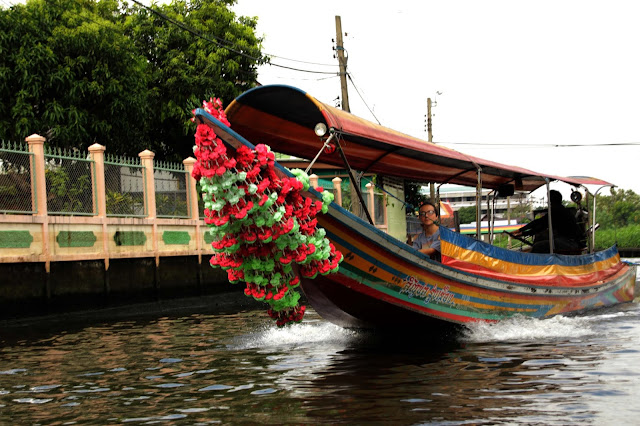 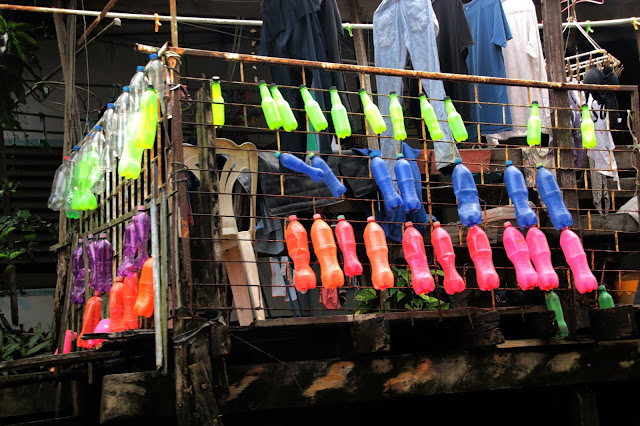 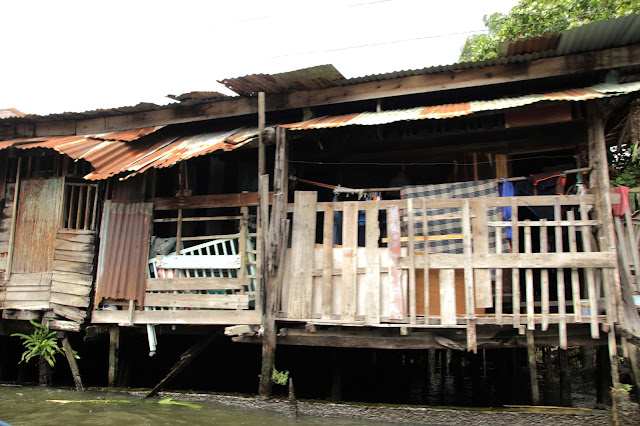 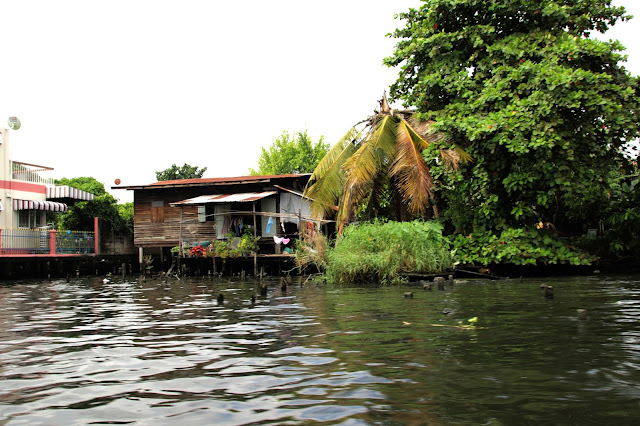 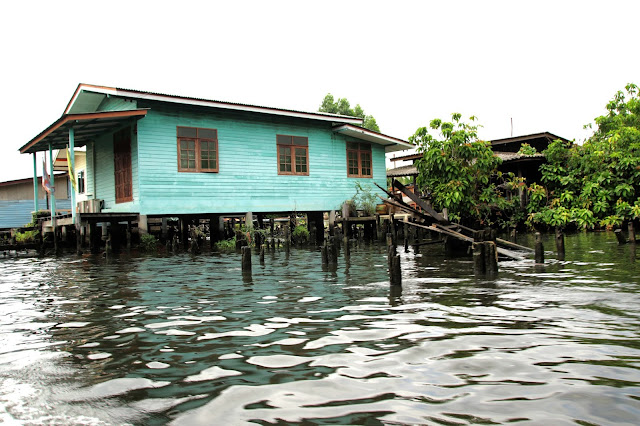 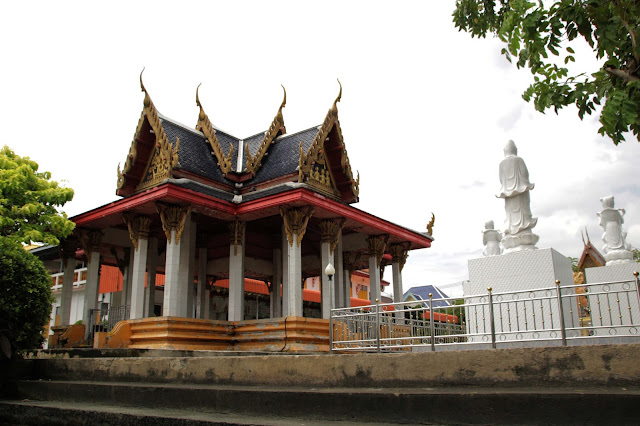 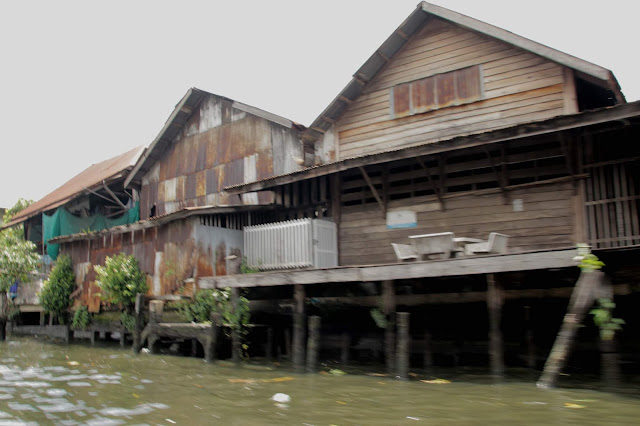 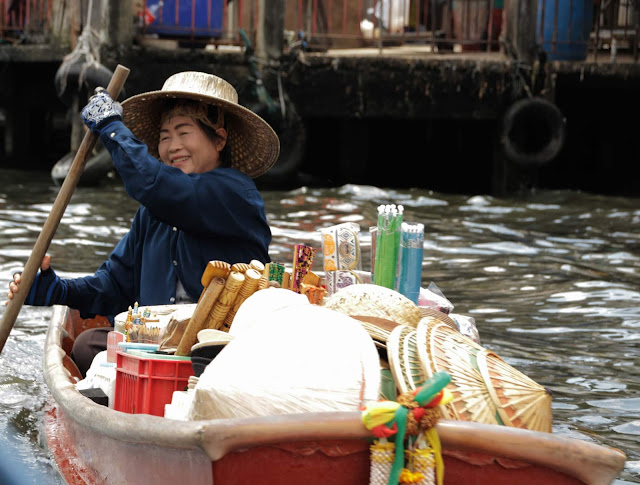 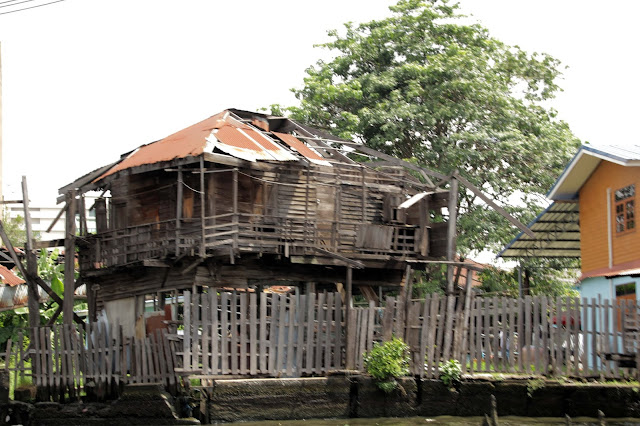 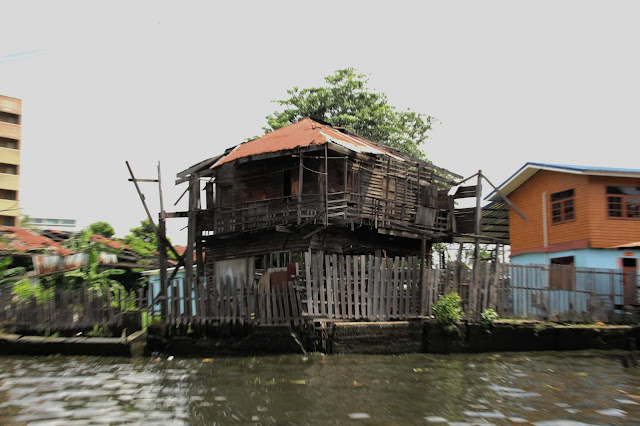 There were some rather grander residences 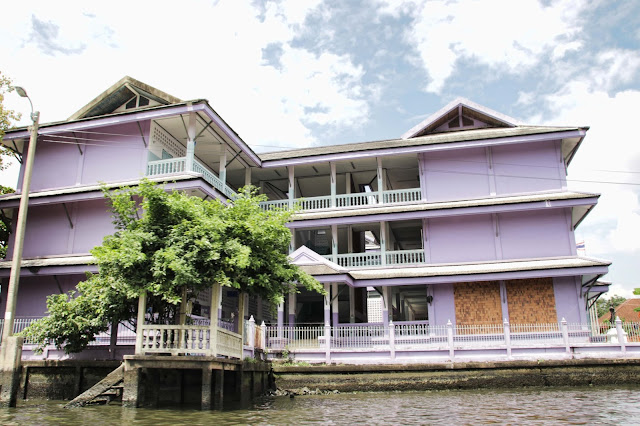 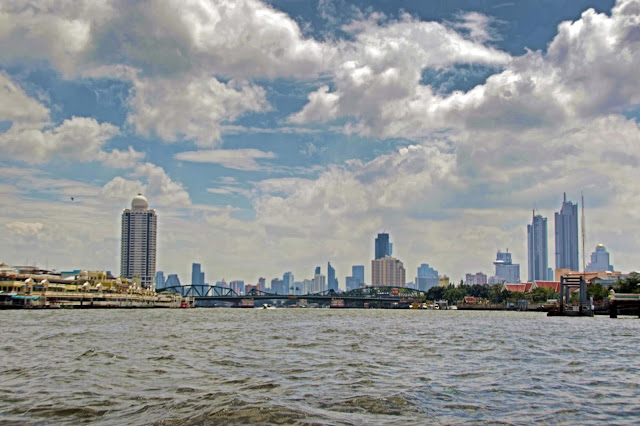 Email ThisBlogThis!Share to TwitterShare to FacebookShare to Pinterest
Labels: 2019, Thailand