Should have Had to go to Specsavers
Due to an unfortunate accident involving one of my hearing aids, I had to make an emergency journey to Specsavers in Carlisle fully expecting to be with out it while it was sent away to get fixed. Fortunately I managed to see the Audiologist without an appointment and as he had the part in stock he had it fixed within 10 minutes. I didn't realise how much I depended on them until now. With only one working I felt a bit unbalanced. (not mentally I may add)

After I had finished at Specsavers I had a look at the recently revamped Castle Street which fore-by the cost I think it is a job well done, tying in the Cathedral, Tullie House and leading to the castle. I believe the new Roman Frontier Gallery in Tullie House is well worth a visit. Let's hope this is a great success and succeeds to bring more visitors into Carlisle.
All quiet in the city centre
As I walked up through the city centre heading towards Boots to collect some items for a friend it was quite noticeable how quiet the city centre was with very few shoppers going about.

There must be a lot of people away on holiday in Carlisle as it was extremely quiet.

This colourful carousel was in full swing but not many riders.

All quiet in the lanes.

Swifts Mews
I would imagine that Swifts Mews would serve the grand houses in Victoria Place. Apparently there had been racing on the Swifts since the mid 16th century before moving to the present site at Blackwell in 1904. The Turf Inn was opened in 1840 and also served as the grandstand which you can still see the stand on the top of the building. Anyway mission accomplished I headed for home.
Tidying up
After a lunch of a Greggs steak slice and sausage roll I set about mowing the lawn and tidying up the garden after the battering it had received over the past week with all the rain we have been getting. I was kept company by one of the woodpeckers on the bird feeder as I mowed away. It dually disappeared when I went to get the camera and cheekily reappeared when I had finished and went in the house. I hadn't had the camera out for a few days due to the weather so I had a wander round the garden taking the odd shot here and there. 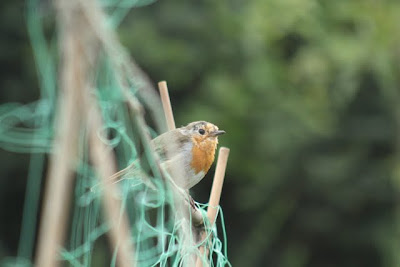 On the honey trail. 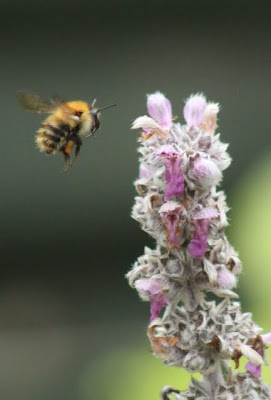 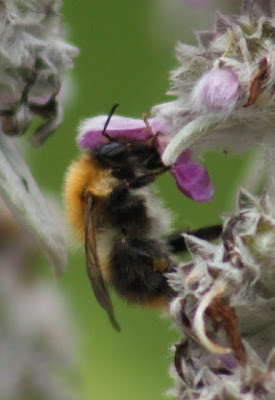 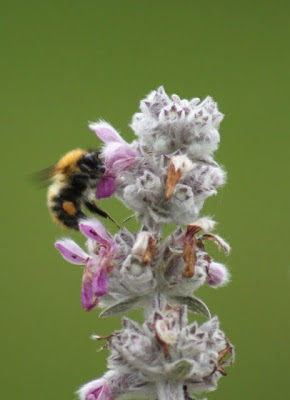 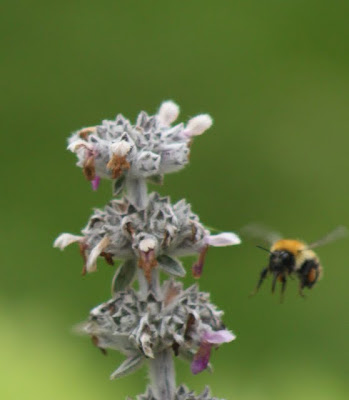 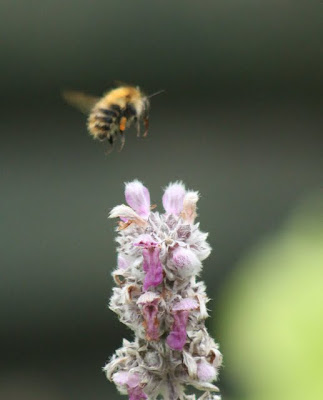 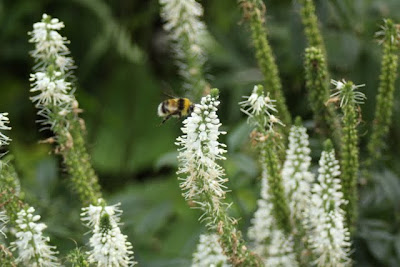 I still haven't got the hang of the focusing yet, like Tootlepedal has. I must get more practice. It was nice to see the bees busy at work gathering pollen.
Delicious
On Monday teatime Jean Hogg kindly arrived with a turkey roast dinner accompanied by an enormous knickerbocker glory. Which I must say, they were very much appreciated. My tummy was drum tight for hours after. "Delicious".

Tonight's tea was courtesy of Ena Baxter
Jean Hogg v Ena Baxter
No contest
Boys Brigade Camps
On Tuesday I scanned some slides of Boys Brigade camps that took place back in the sixties. These were loaned to the Archive  Group by Gavin Graham. When I finished them I emailed them to Gavin who is in Salt lake City visiting his son and family for him to add names and dates. I see he wasted no time in blogging them Gavin's Blog and seemed to very pleased with the result
Posted by Sandy at 10:59