A Diving Whale Seen at Gretna

Composting
On Sunday morning I recieved a phonecall from Malcolm Ferguson inviting us to join them on a walk at Browhouses near Gretna. Due to circumstances I had to decline but as I was planning a trip to see the starlings later in the afternoon I would meet them in the service station car park later. After lunch I spent an hour putting some cuttings through the shredder that had been left during the Autumn clean up. I mixed this with some old compost and put a layer on the compost bin. Due to the mild weather we have been having I have been able to add kitchen waste all winter up until now, and the worms are still working hard at their part in the process. Last year the temperatures were so low nothing was decomposing plus the carpet covering the bin was constantly frozen on to it. 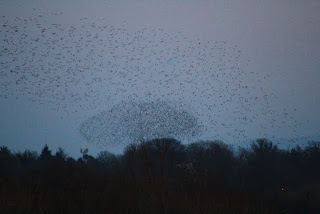 In the hope of a good view.
At about 3:45 I set of for Gretna. When I arrived at the service station Carole and Malcolm were there to meet me. As the light was fading fast we made our way to a position down a small track in the hope of a good view. We didn't have to wait to long before they started their mesmerising display, but the downside was they were about a mile away. I think there is a bit of luck in being at the right spot at the right time.


A quick display
After watching the starings for a while we decided to return to the car park.  Some of the feathered peformers must have taken pity on us because as we arrived back at the car park a breakaway group gave us a quick spectacular display. This was great for two gentlemen who had come all the way from Newcastle to see them and had been standing where we were previously. So it wasn't altogether a wasted journey for them 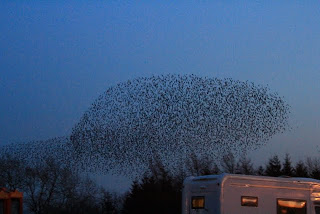 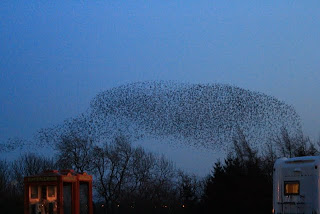 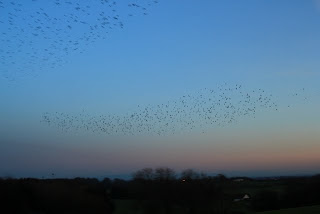 Spectacular Sunset
The following photos shows the spectacular sunset we were treated too. There is no computer enhancement, just as it was 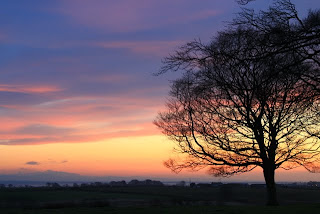 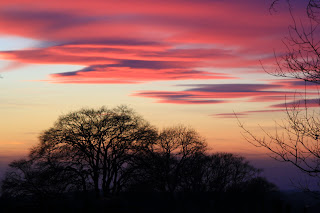 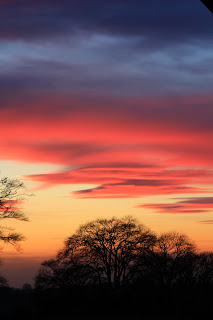 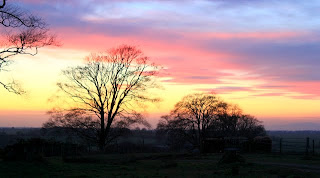