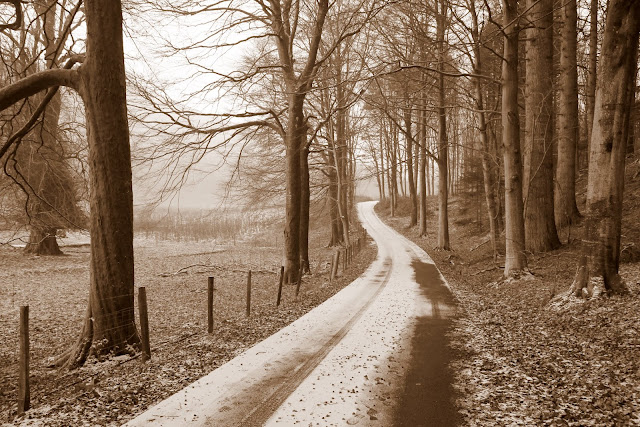 Tootlepedal phoned me just after lunch to see if I was up to a gentle stroll round the Castleholm and by the pheasant pens near Holmhead. I said I would finish off the chicken soup I was busy making and I would join him in half an hour.

We went by way of Mary Street where we met local tradesmen Ross, Craig and Gary. Here we see Gary taking a great interest in what Tootlepedal is up too, but I see Ross has attached a piece of string attached to Gary's head so he doesn't stray too far.
My attempt at a flying bird which I think isn't too bad but more practise is needed 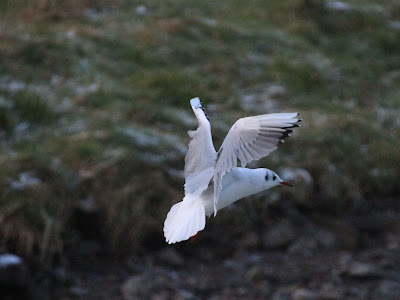 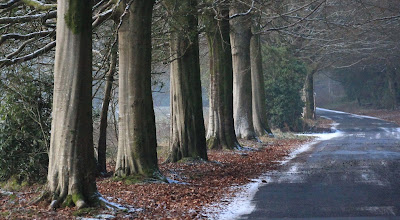 The snow picks out the line of the branches quite nicely. 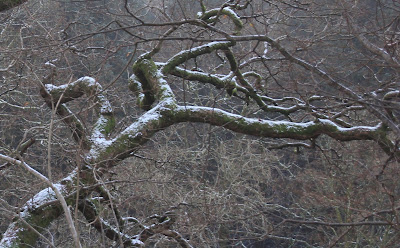 If you go out to take photos on a dull day, it is always a good idea to get your friend to wear a red coat or hat 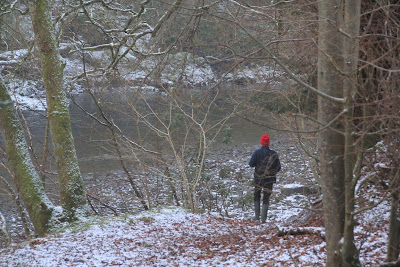 Looking south from the Dowies Pool 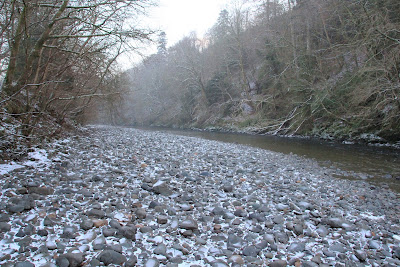 One of many pheasants that are lying about at the moment 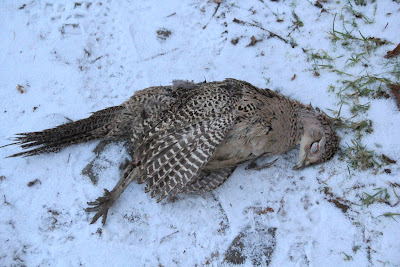 As we were approaching the Duchess bridge we met Bobby Harvey walking this rather handsome Setter. 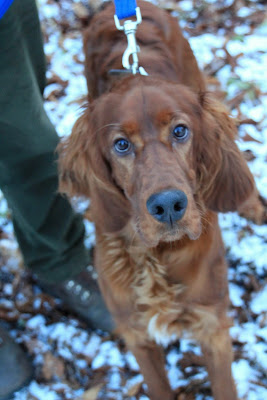 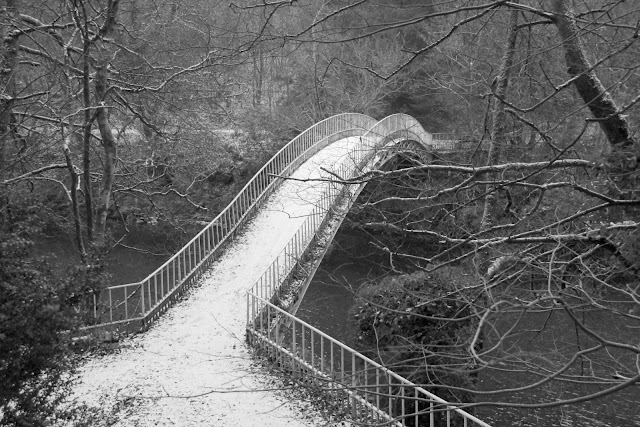 After having the delicious chicken soup I made earlier for tea I picked up Tom & Jean to go to the Archive Centre. The work I am doing at the moment is rather painstaking but the effort the author has put in to record the events needs to be recorded. Hopefully over the festive season I can enter them into the Archive website. This was followed by our usual visit to the Douglas Hotel.
Posted by Sandy at 15:08

Email ThisBlogThis!Share to TwitterShare to FacebookShare to Pinterest
Labels: 2012, Archives, December, Shot of the Day, Walks