On a Daily Basis 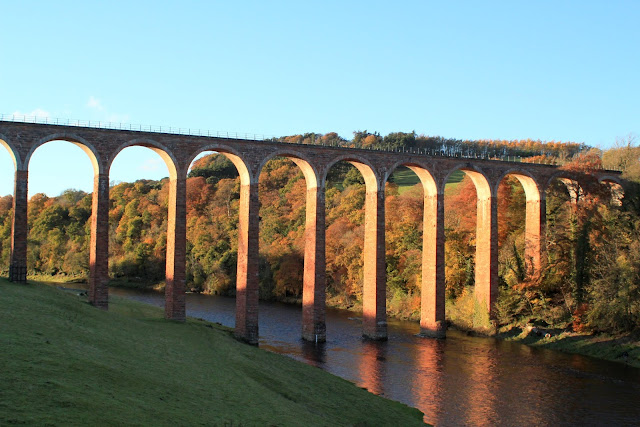 Leaderfoot Viaduct near Melrose taken on a recent visit to Haddington


At Tootlepedals recommendation I am going to attempt to put a photograph of the day on my blog whether I write a post or not, just to keep my blog going on a daily basis. I may have to trawl through old stock at times but it will encourage me to get out and take new more interesting photos.

On returning from the camera club last night Tootlepedal and I discussed the need for us to attempt to get out to different locations as we were tending to take photos that were starting to be similar.

I was interested to see Tootlepedals attempt at HDR photography. Up to now I have been using a Photoshop plugin called Topaz Adjust which allows me to get a similar effect with a single image instead of the three you have to take for HDR ( 1. correctly exposed. 2. under exposed. 3. Over exposed.)

I seem to be reasonably organised for Christmas. Overseas cards written and away others awaiting postage or hand delivery. Most presents bought but still to be wrapped. It is very strange signing cards with my name only and even more upsetting, receiving cards addressed only to myself. One card I received was from Anne's relations in New Zealand and they are keen for me to visit them. As I am due to retire in a couple of years time I may add that to my "bucket list". In the many discussions we had before Anne passed away she was keen that I made an attempt to visit N. Z.
Posted by Sandy at 14:26