This is the photo that won me first place in the Digital Enhancement competition at Liddesdale Camera club tonight. I also picked up second place and a highly commended. On the judges advice I straightened the road as you can see in the second image as he thought it would improve it even further. Although the road was originally running downhill I think he may be right but I must confess it was taken on a mobile camera, so it goes to show you don't have to have an expensive camera to take prize winning photos.

I had a nice overnight visit from my daughter in law Kate accompanied by my grandsons Joe and Sandy. After a late lunch we set of for Gretna as it was my intention that the boys would experience the starlings at least once. I had also arrange that we would meet up with Fred & Irene and we would all go for a bar meal later. Kate and the boys loved the display but unfortunately the light was poor and didn't offer much chance of any good photos. Except for this one as it looks as  they are coming out of the chimney.

After watching the starlings we all went to the Gables Hotel for a first class meal.

On Sunday morning the boys were keen to take Granpa and Mum for a walk but before that they had flowers for Granny. so a visit to the cemetery was in order. They seem to have accepted that Granny cant be here any more and they believe she's a star in the sky now, which I know for a fact that Granny would be chuffed to bits she was thought of as a star in the sky.

We had an eventful walk round the Fairy Loup by way of Gilnockie school and back to the car. The boys were rather hyper, probably due to the sweets that Granpa had in his pocket and the fact that Santa due in the not so distant future but we all have to let off steam sometime.

The walk gave me a chance to try out the new 18mm-250mm  lens I have recently acquired. It was bought as a general purpose lens but I think it has great potential for portraits 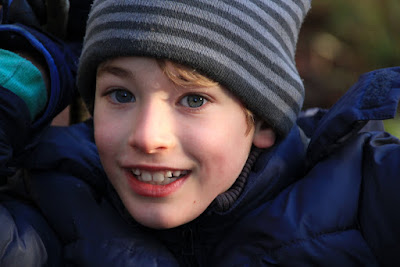 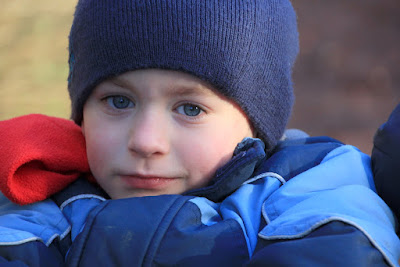 Is this some kind of new Super Hero 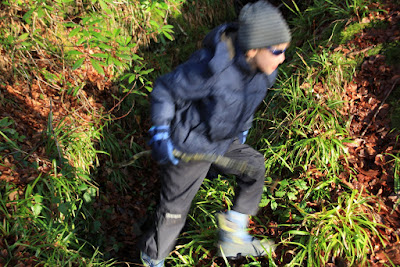 It's hard work being a boy 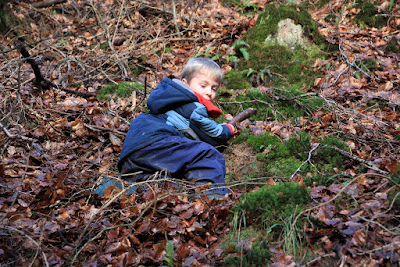 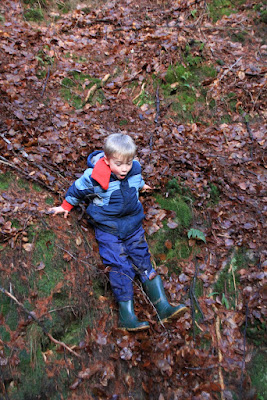 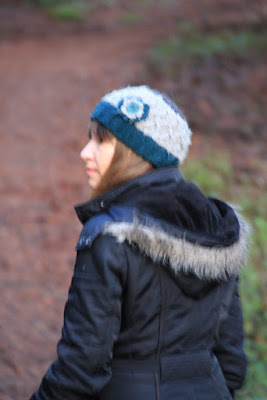