On a Clear Day

I've no regrets from taking Wednesdays off my contract hours at the college. It allows me some freedom to enjoy time with my retired friends.

Talking about friends. Tootlepedal called this morning to invite me to Wauchope Cottage and to him and Dropscone for coffee with the the promise of some of Dropscone's famous scones but I had to decline as I was expecting Carole and Malcolm Ferguson later in the morning. The plan was that Malcolm had some wood turning business to attend to and later we would all go to the moorland feeder station. But as we are at the mercy of the weather here at the moment the feeder station was cancelled and Malcolm would come on his own after lunch, this would allow me to join Mr T and Mr D for coffee after all. Before that I had some errands to attend in town.

When I arrive for coffee the scones had been unceremoniously scoffed but Mrs Tootlepedal offered me some very nice Selkirk Bannock. After coffee was finished Tootlepedal and I decided as it was a lovely bright morning we would go round the Becks Burn by the way of Ha' Crofts. As Tootlepedal was in his iconic gym gear he went off to change and I went home to pick up my camera.

All that sorted out we headed off up Jimmy's Brae. Tootlepedal was sporting his now famous Yaktrax (which I ordered online as soon as I got home). We hadn't gone very far when we were joined by Alistair Henderson who was out giving his two Border Terriers some exercise one of which has been having some success in local dog shows recently.

As we were heading along the track we could see a figure in the distance, obviously with camera in hand and also dog walking. 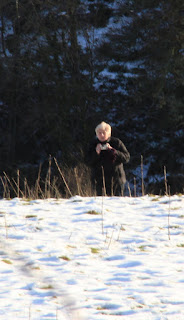 It always intrigues me how a little settlement can pop up out of nothing but a keen interest in rural living. Here we see two greenhouse that were a part of a whole array of sheds and pens. 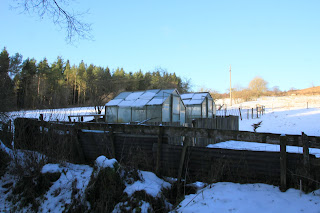 Alistair and Tootlepedal negotiate a rather slippery boardwalk. 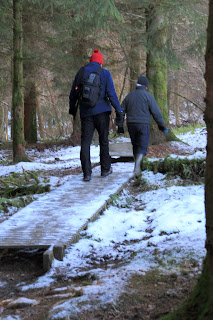 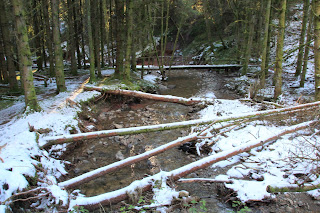 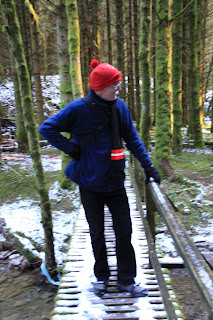 I rather liked the light in these photos 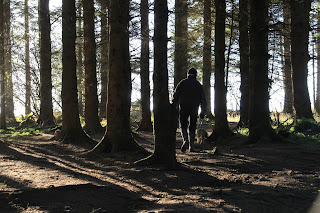 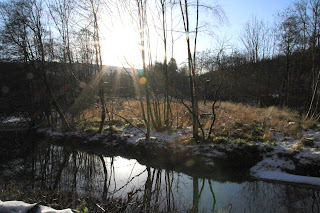 On a clear day 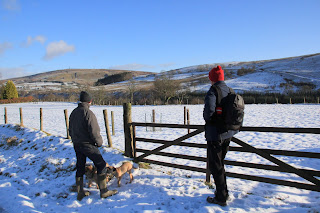 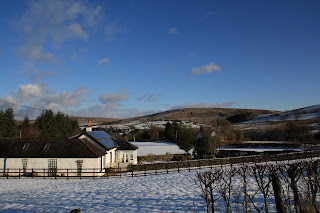 I found this lichen quite attractive but unfortunately didn't pay any attention to the background. If I had moved a little to the left I would have got a far more interesting shot. 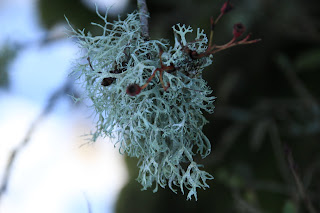 Plenty of berries for the small birds. 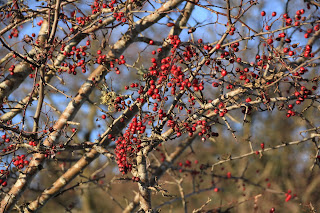 when we got onto the Wauchope road we were caught up by Jean Hogg who turned out to be the distant figure we saw earlier. Jean runs a local doggy walking and sitting service (Waggy Tails) which she will take local dogs for short periods to allow their owners to get away. 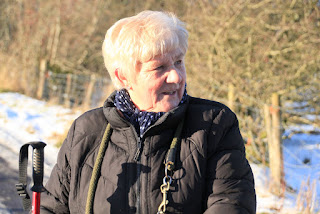 This weather doesn't allow much room for manoeuvring on the roads 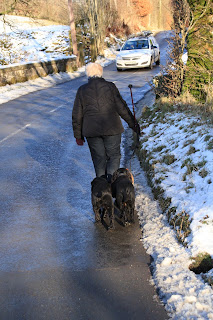 After a quick look into Wauchope Cemetary where we found nothing real interest we met Tootlepedals main rival in the local trend setting stakes, Jeffrey Ireland. Jeff's a bit of a local character and is always keen to share his local wisdom which is always of interest to us archivers. 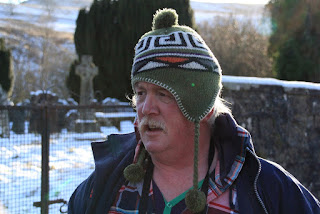 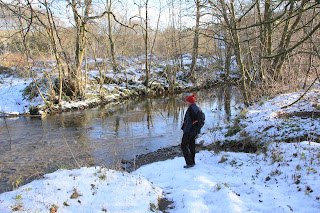 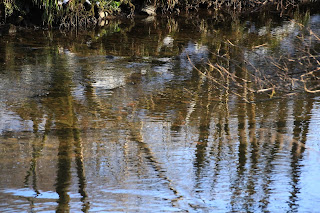 The Pool Corner formerly Langholm Lido. Many a happy hour was spent here in summers long ago. 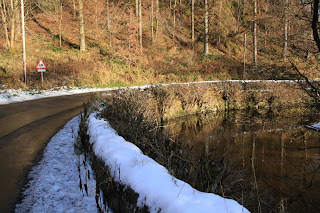 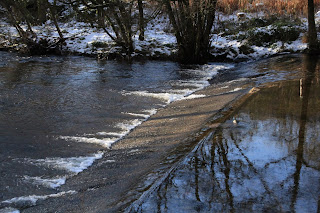 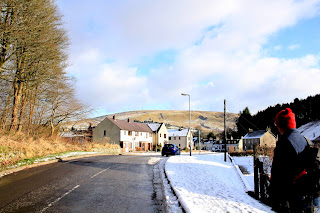 As it was such a splendid day we arranged to meet later and go and see the Starlings and as I have no stunning shots I'll leave it to Tootlepedal to display any he may have.

After tea we headed for the Archive Centre without Jean tonight as she was suffering from a sore back wisely wanted to avoid the treacherous walking  After both of us doing a good nights work we headed for our usual refreshment in the Douglas Hotel.