Pyramid over the Solway

The weekend started lazily, so lazily in fact that I slept through Tootlepedals phone call and missed going to Newcastleton with him to attend the annual Camera Club coffee morning. I was about to put on my coat and spend sometime in the garden when the phone rang, it was Kenny Bell to say that there was some tickets available for the Showaddywaddy concert in the Buccleuch Centre that evening and was I interested in going with him.

I spent the rest of the morning putting a pile of garden waste through the shredder. This is something Mrs Tootlepedal and I have in common, we both find it very satisfying and therapeutic. 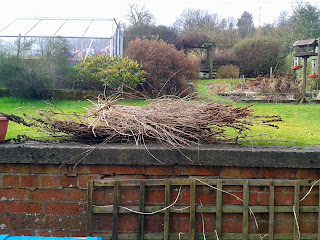 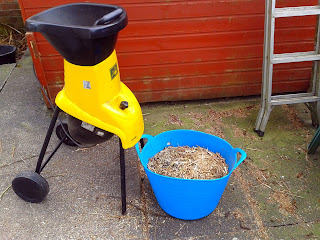 After tidying up I went to the Whitshields Cafe for some sausage, egg and chips and a mug of tea for my lunch. Later I returned Tootlepedals call and apologised for missing the coffee morning. I said I was thinking of going Starling watching later in the afternoon and would he like to join me.

I whiled away the afternoon putting some photos on to the archive website and scanning some old glass negatives that we had been given. Some of them are well over 100 years old and if they are in good condition they will scan. 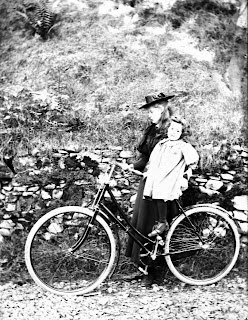 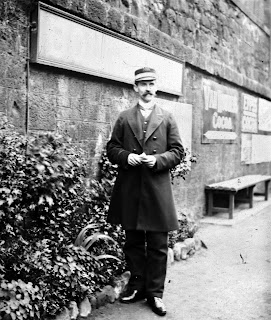 This scene hasn't changed much except for the steeple now being draped with scaffolding and netting. 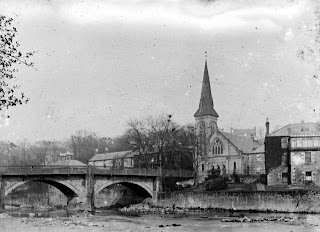 I picked up Tootlepedal at the arranged time and set of for Gretna. We stopped at an old graveyard near Milltown of Sark where Kinmont Willie is buried even though there is no indication of where his grave is.

Most of the headstones were unreadable.

Does this meandering wall come to a dead end?

According to the ordnance survey map we crossed the Scotland/England border four times on our jaunt.

I like the effect the tide has on the grass

A selection of starling photos

Email ThisBlogThis!Share to TwitterShare to FacebookShare to Pinterest
Labels: 2013, Photography, Shot of the Day, Starlings