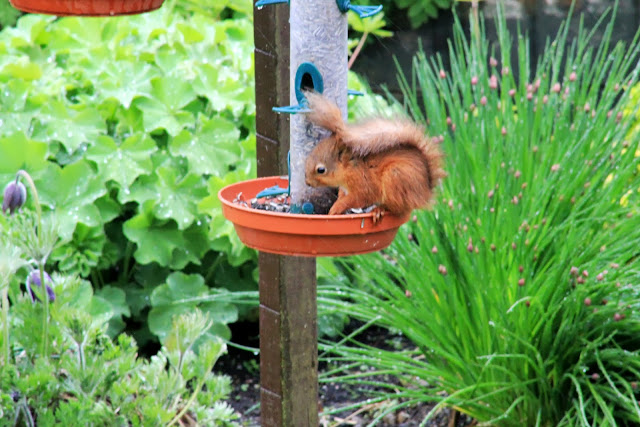 Two days sunshine on the trot! that was a real treat, unfortunately that has come to an end and the wet and dull day that was forecast has materialised.

When I looked out of the back bedroom window I was greeted by the sight of the squirrel tucking into sunflower seeds under the bird feeder. It comes most days now and if undisturbed will stay for quite long periods of time.


I spent the rest of the morning busying away in the garden and I also found time to visit some of the Spring Fling events that are being held in the town this weekend. For a couple of days each year artists and craftsmen all over the region open up their studios to the public and Langholm has attracted some of the finest to set up their studios here.

In the afternoon I went for a walk on the Castleholm where there was plenty of sport action going on in the form of a cricket match and a football match, both had attracted a fair amount of spectators. 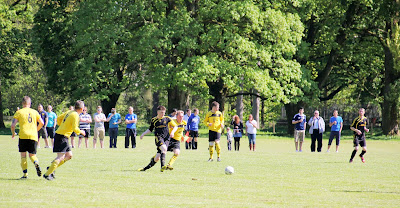 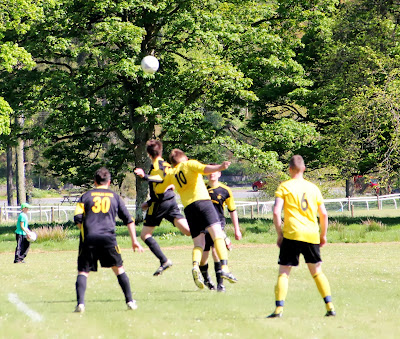 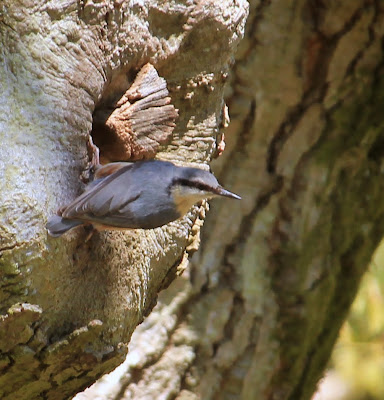 I couldn't resist taking a photo of this wild garlic 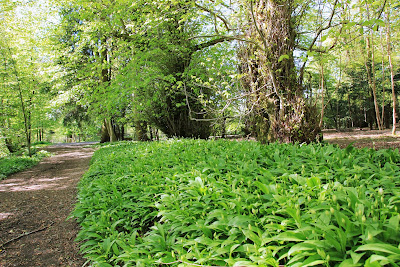 On Sunday the squirrel was there at the feeders as usual. After breakfast I did some much needed housework which has been playing on my conscience lately. 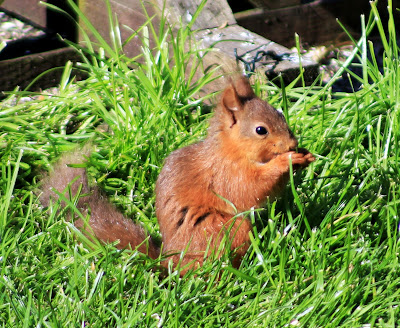 That done I set off for Carlisle Music City as it had been named for the bank holiday weekend. Groups and musician were playing at various venues over the weekend. A stage was erected in the city centre where a substantial crowd had gathered to watch the various performances that were going on. I purchased some sandwiches and a drink and sat on a bench and enjoyed the entertainment for a couple of hours. 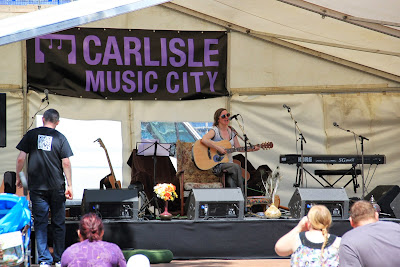 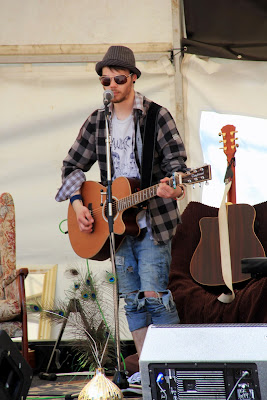 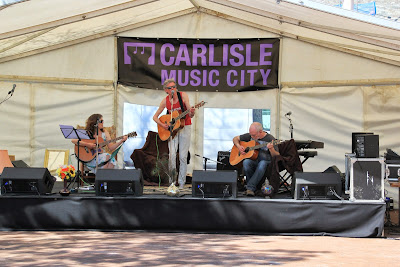 Great excitement on the Blue Tit front, five of the eggs had hatched when I switched on the camera this morning. It is going to be a busy time ahead for the parents as eight hungry mouths to feed will be quite demanding.