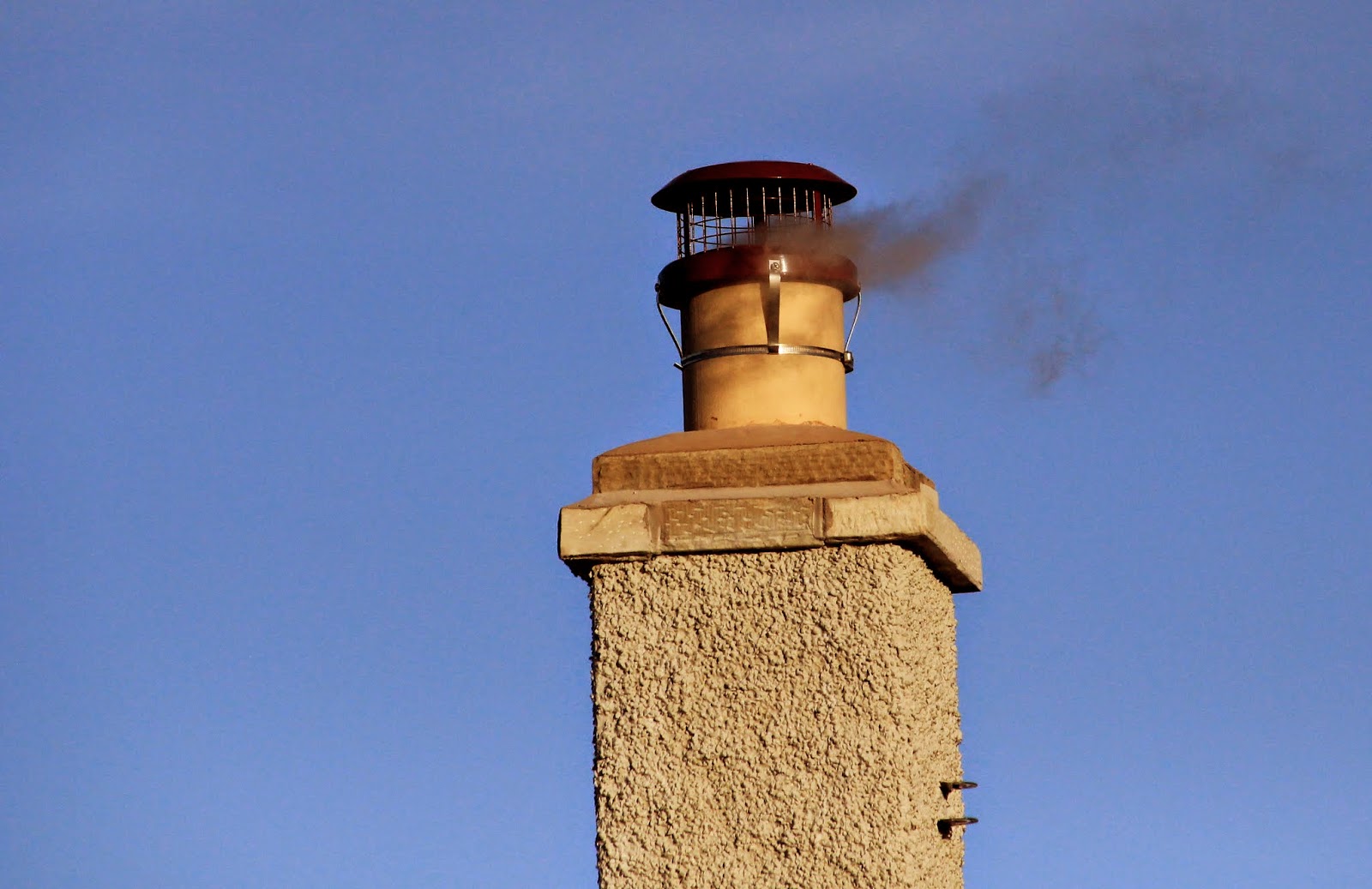 As it was such a lovely morning when I woke up I gave up my usual Saturday lie in and rose at the unearthly hour of 7:30. After a light breakfast I headed up to the new hide with the intentions of just watching rather than photographing. I hadn't been there too long when Gavin joined me. He and his wife Gaye have just returned from a lengthy visit to California to visit their son Fraser and family and he was up to resume his turn at filling the feeders. We sat for about an hour and chatted, among other topics I was well entertained with Gavins account of their trip. Click here to see more of Gavin's photos. After a while we were starting to get chilled and decided to head for home.

After lunch I met Tootlepedal at Wauchope Cottage to go on a pre-arranged jaunt. Tootlepedal suggested we had a stroll on our favourite riverside walk on the Esk near Irving house.

I saw my first Primrose of the Spring 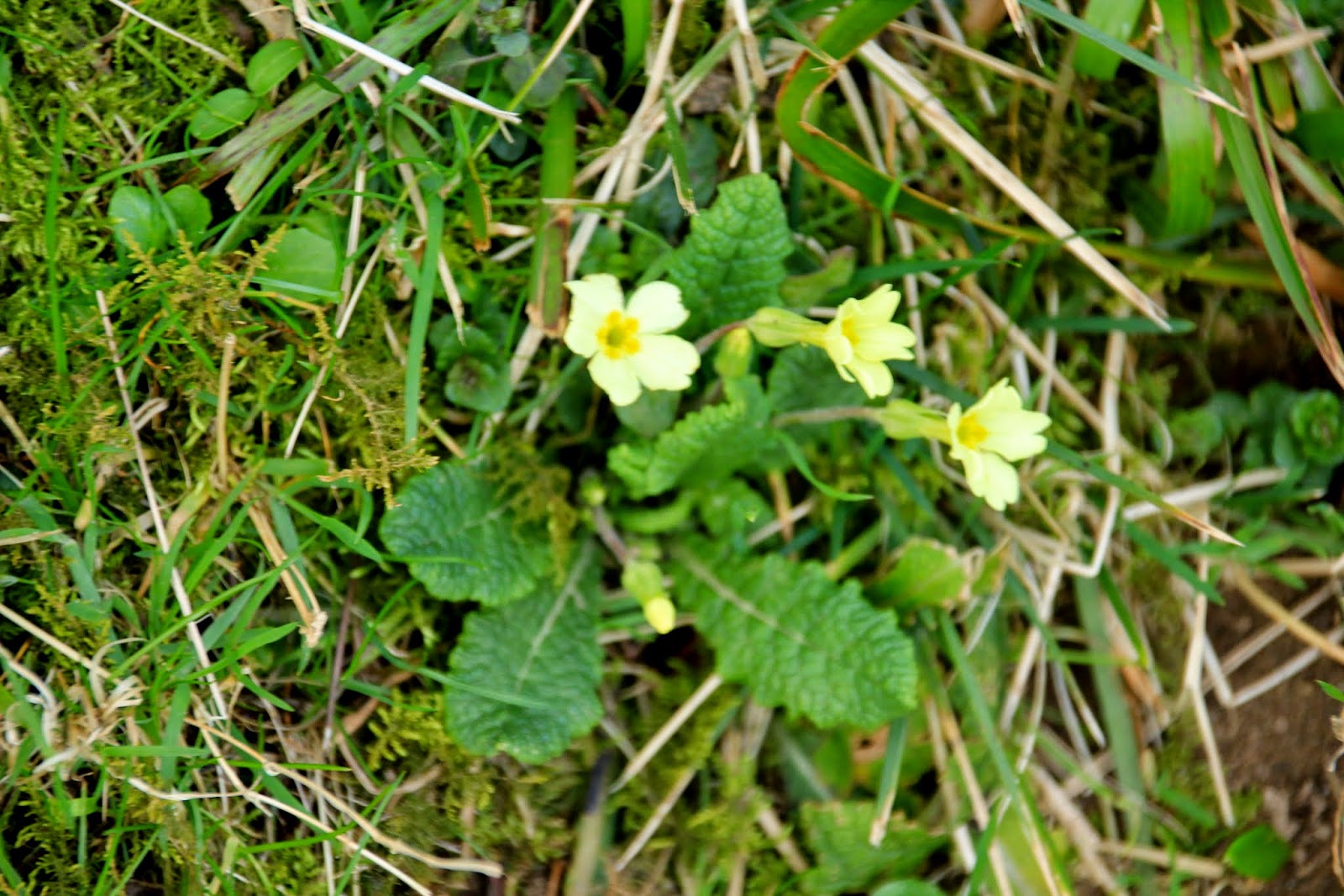 Tootlepedal makes his way gingerly along the stony path by the river. 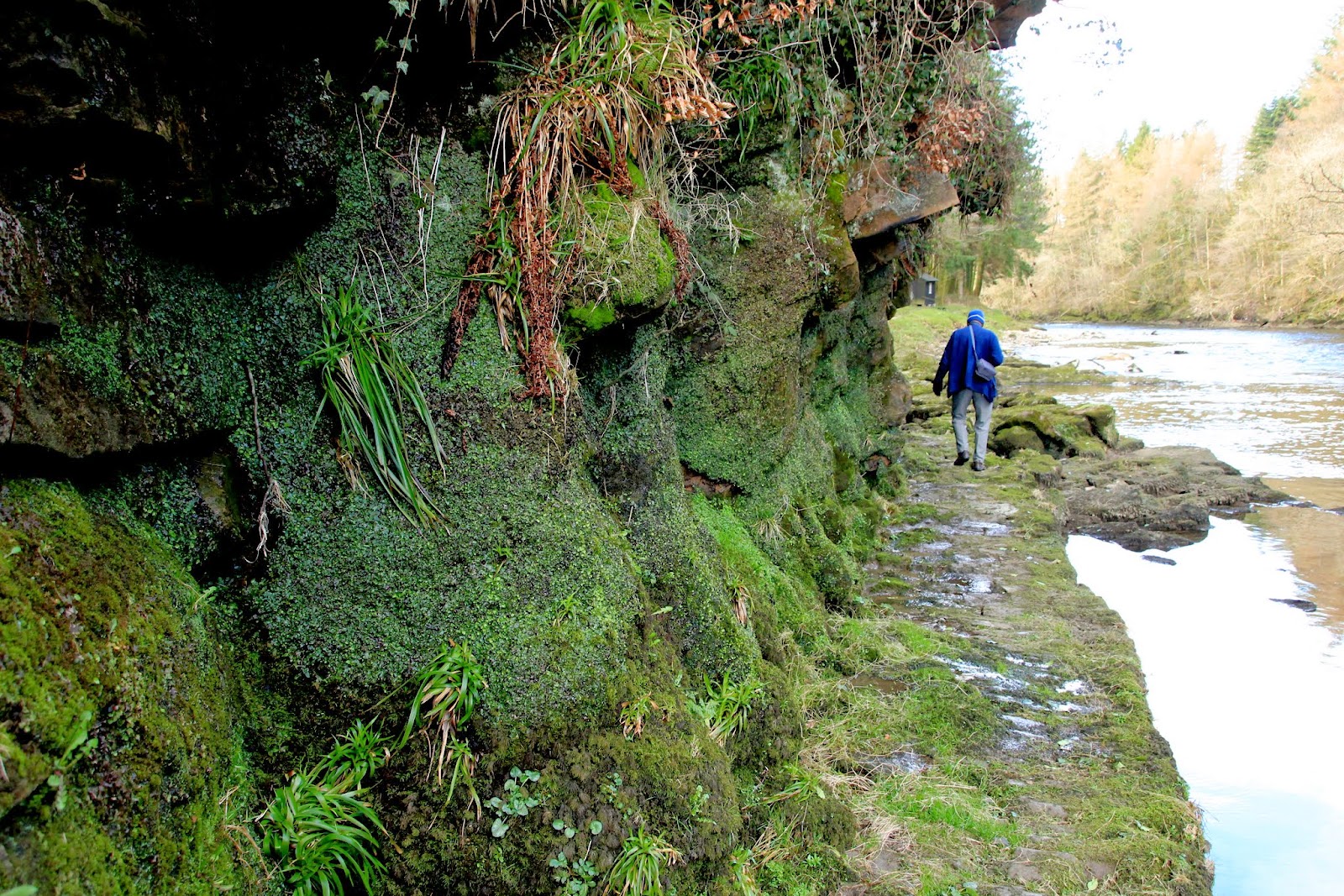 The river was running very clear and it looks as if it could be some depth beyond that shelf. 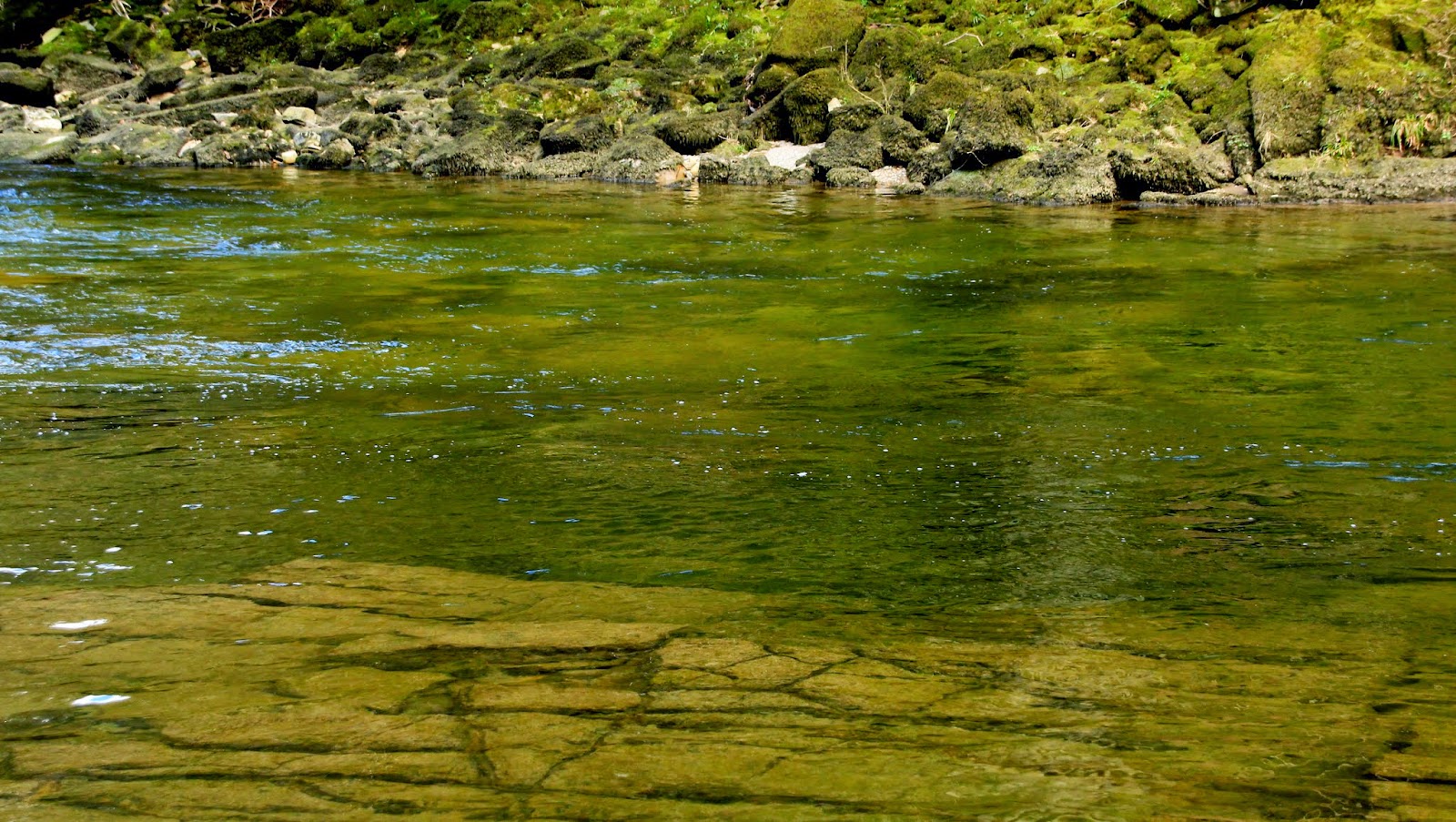 Some of the stone patterns under water were quite fascinating. This to me looked like a pair of eyes shedding floods of tears (pun intended). Though the full effect hasn't transmitted through the lens very well. 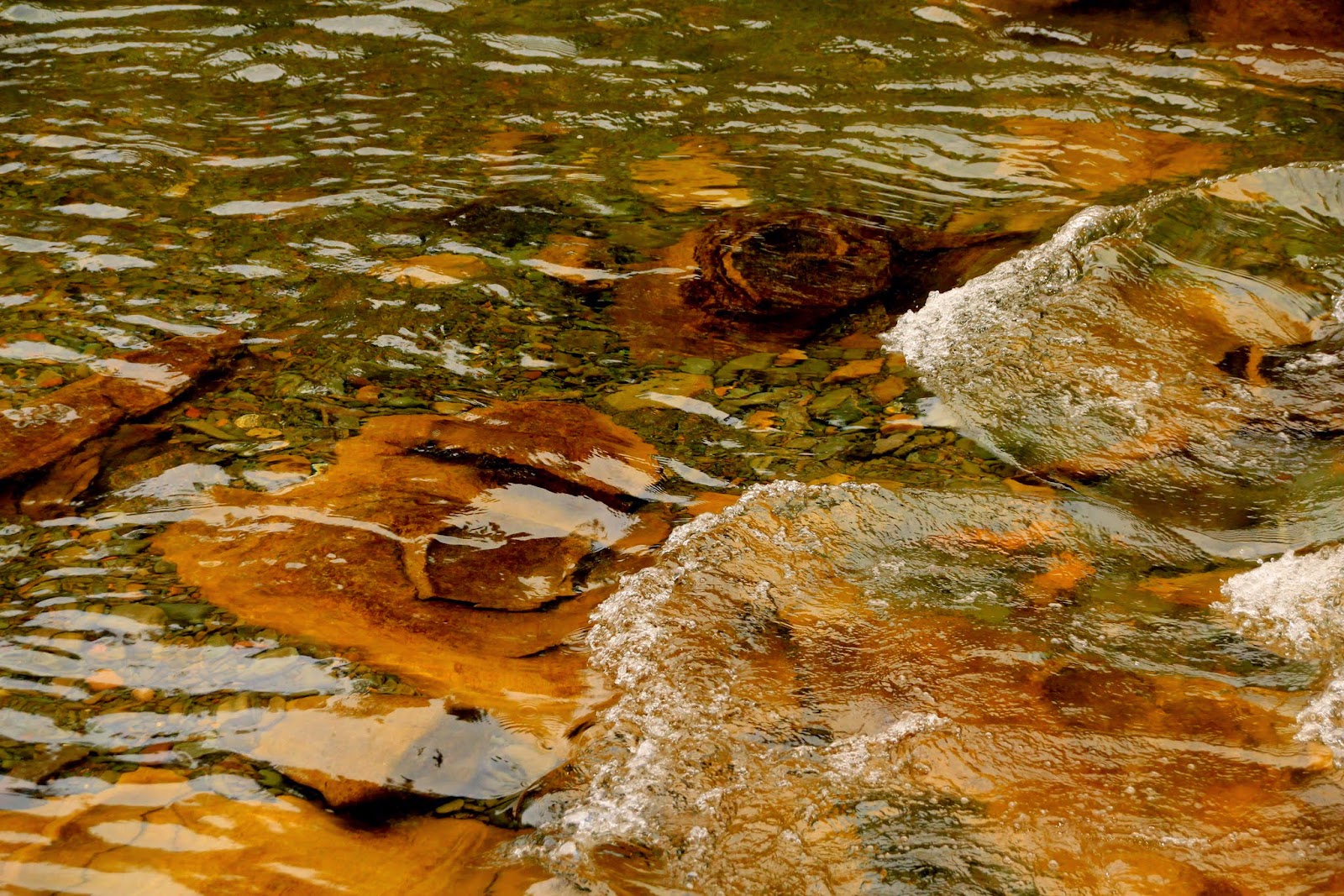 We were well out of earshot of this conversation between this pair of Oyster Catchers. 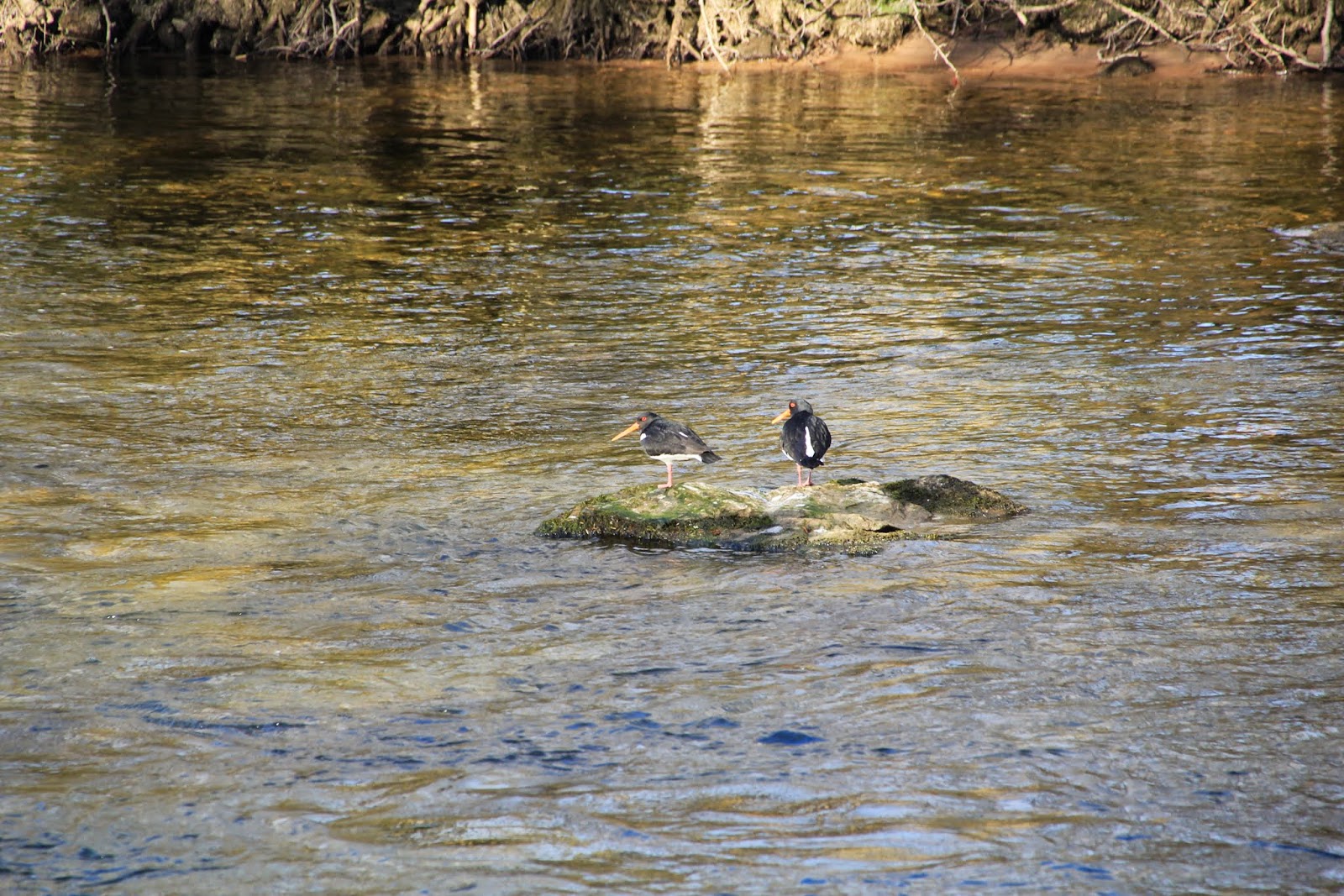 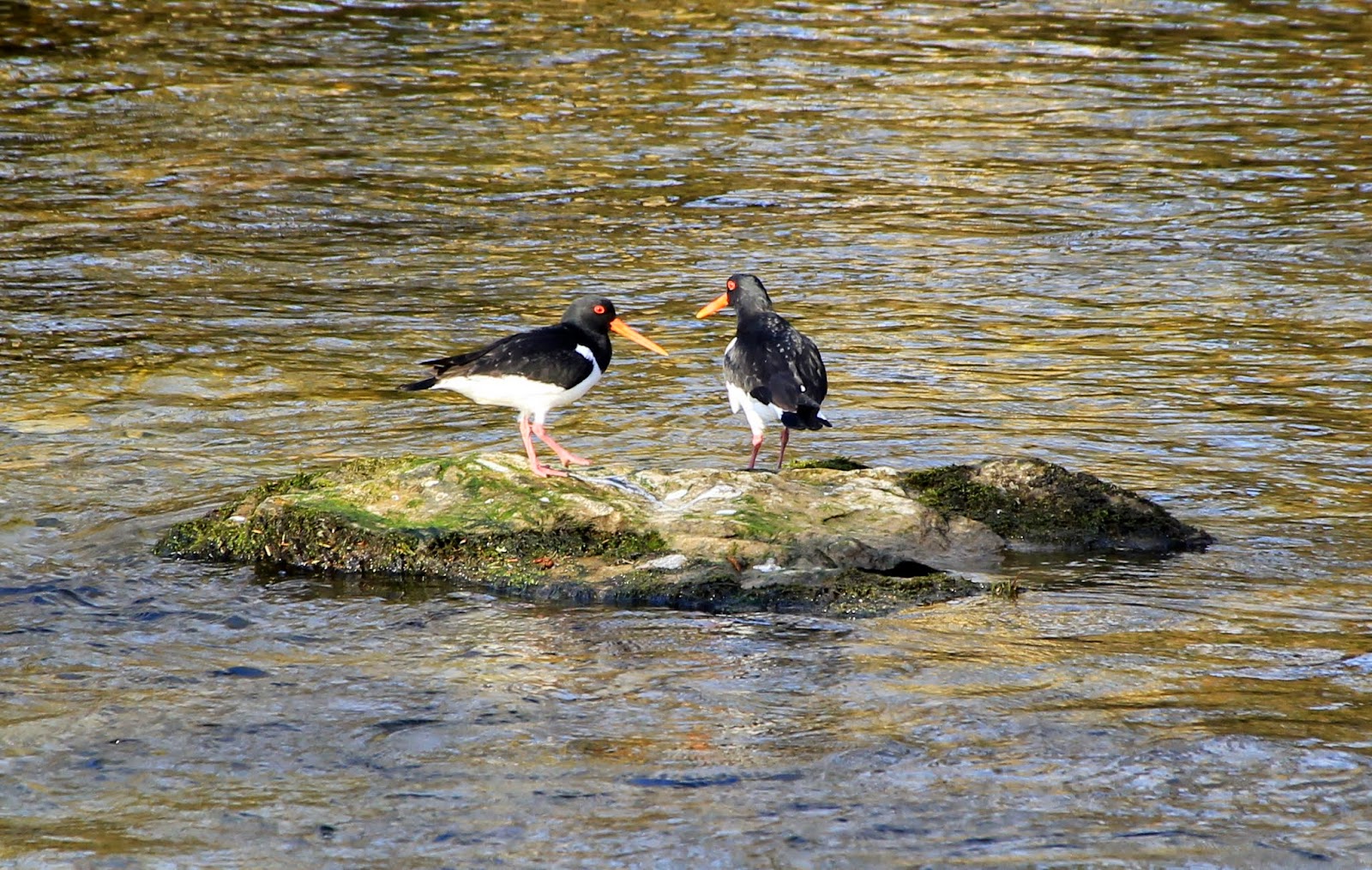 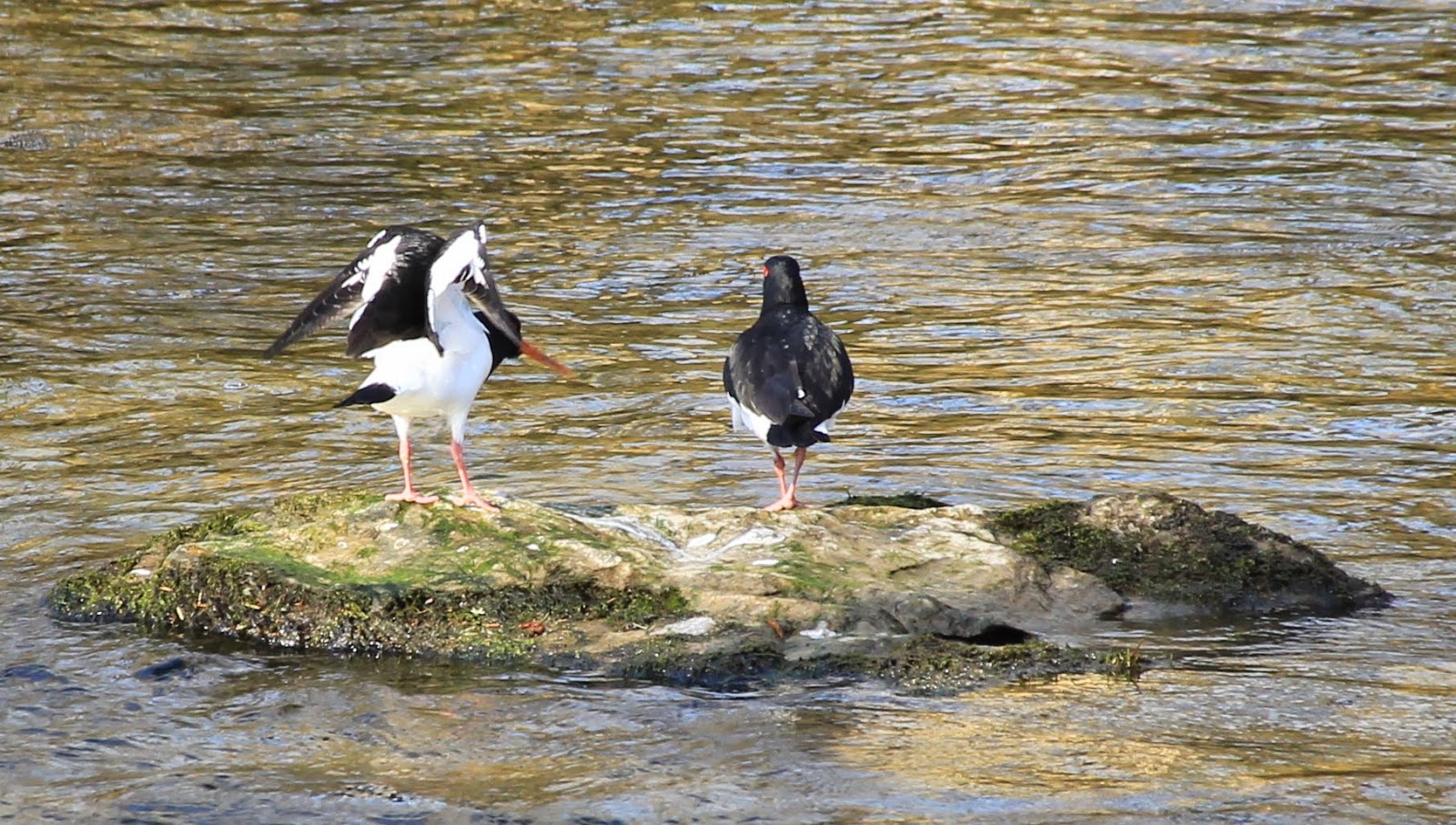 Finally they decided to fly off. 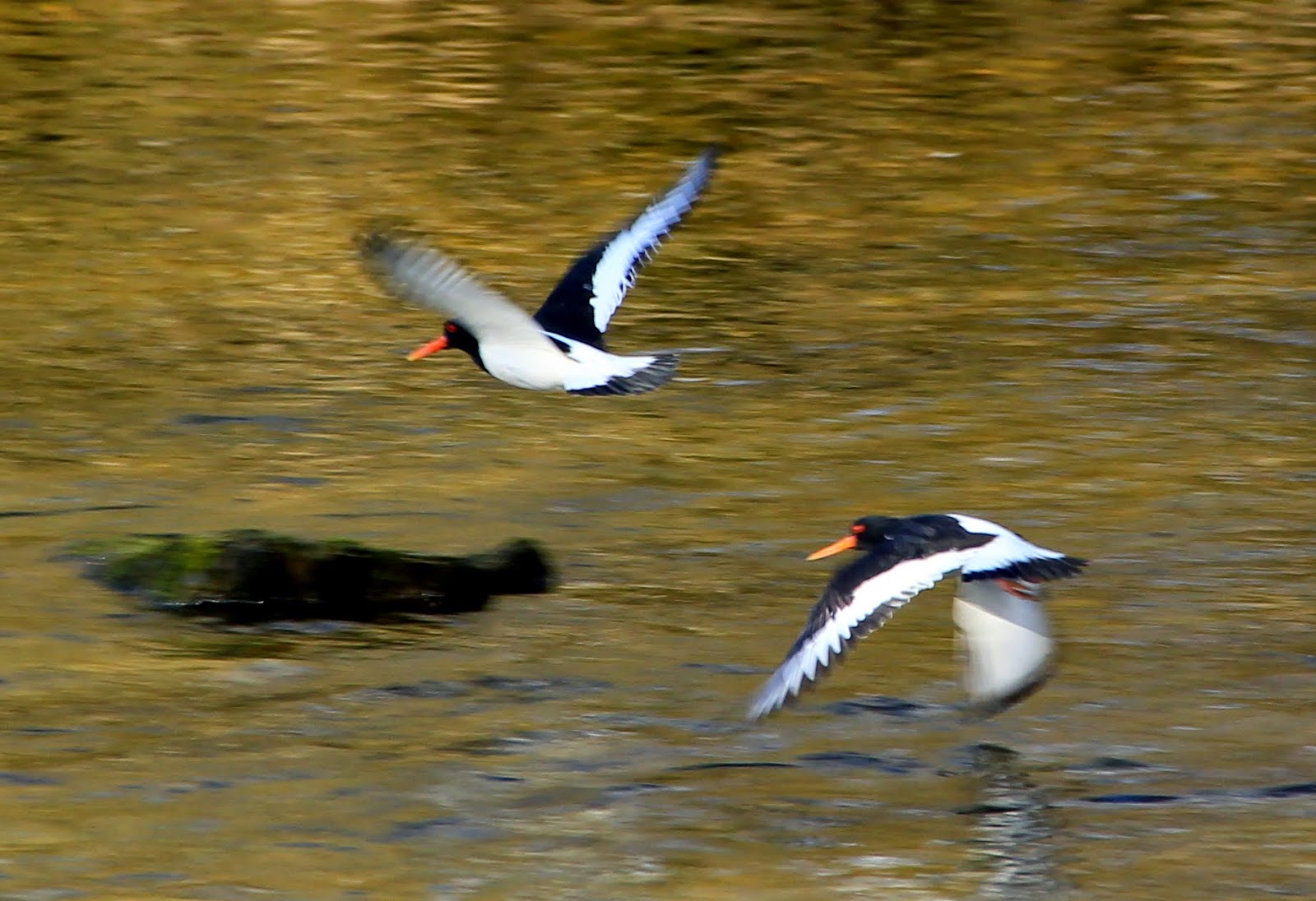 To me this is a walk that I feel at peace with myself and with the world and to share it with someone like Tootlepedal makes it even more special. 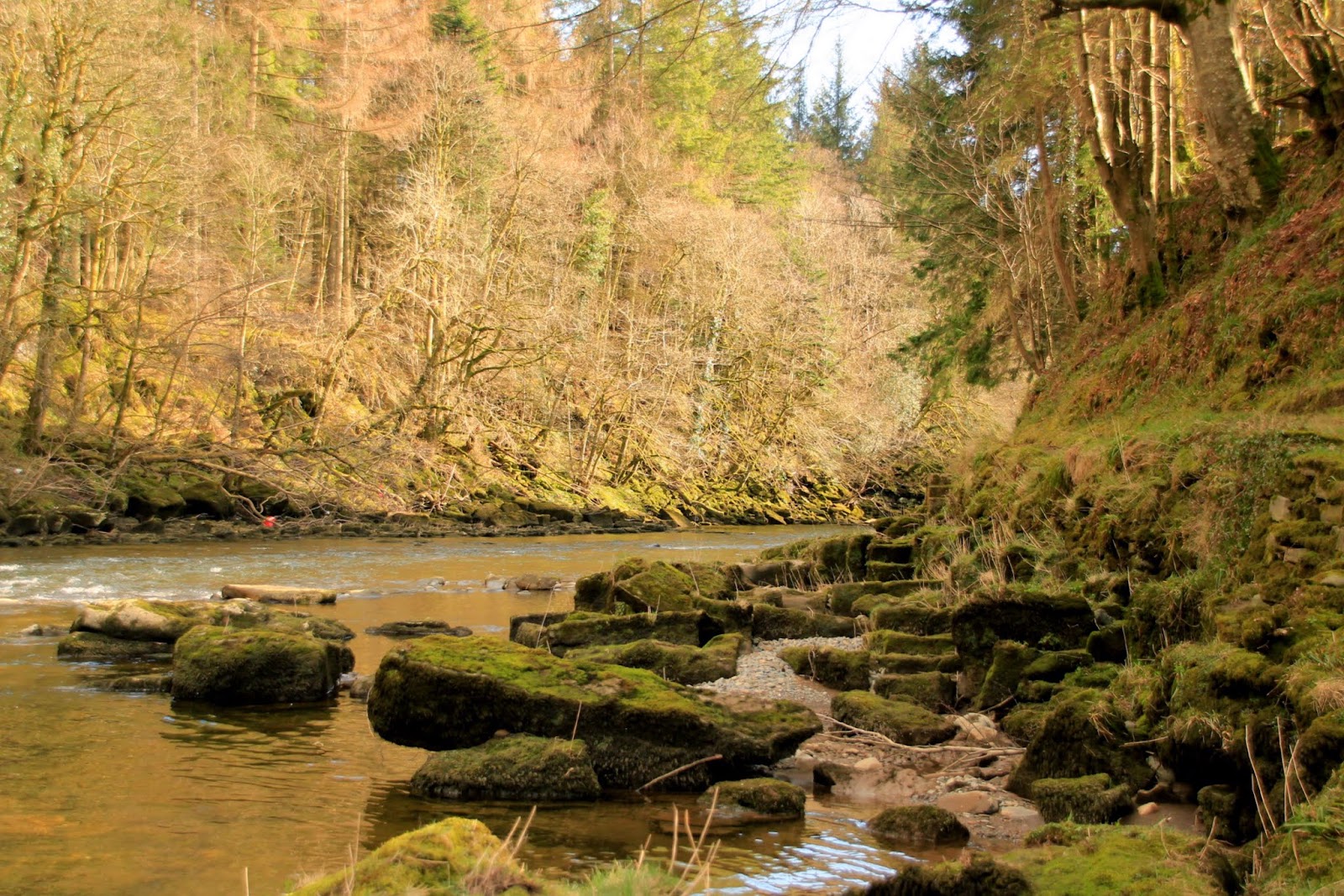 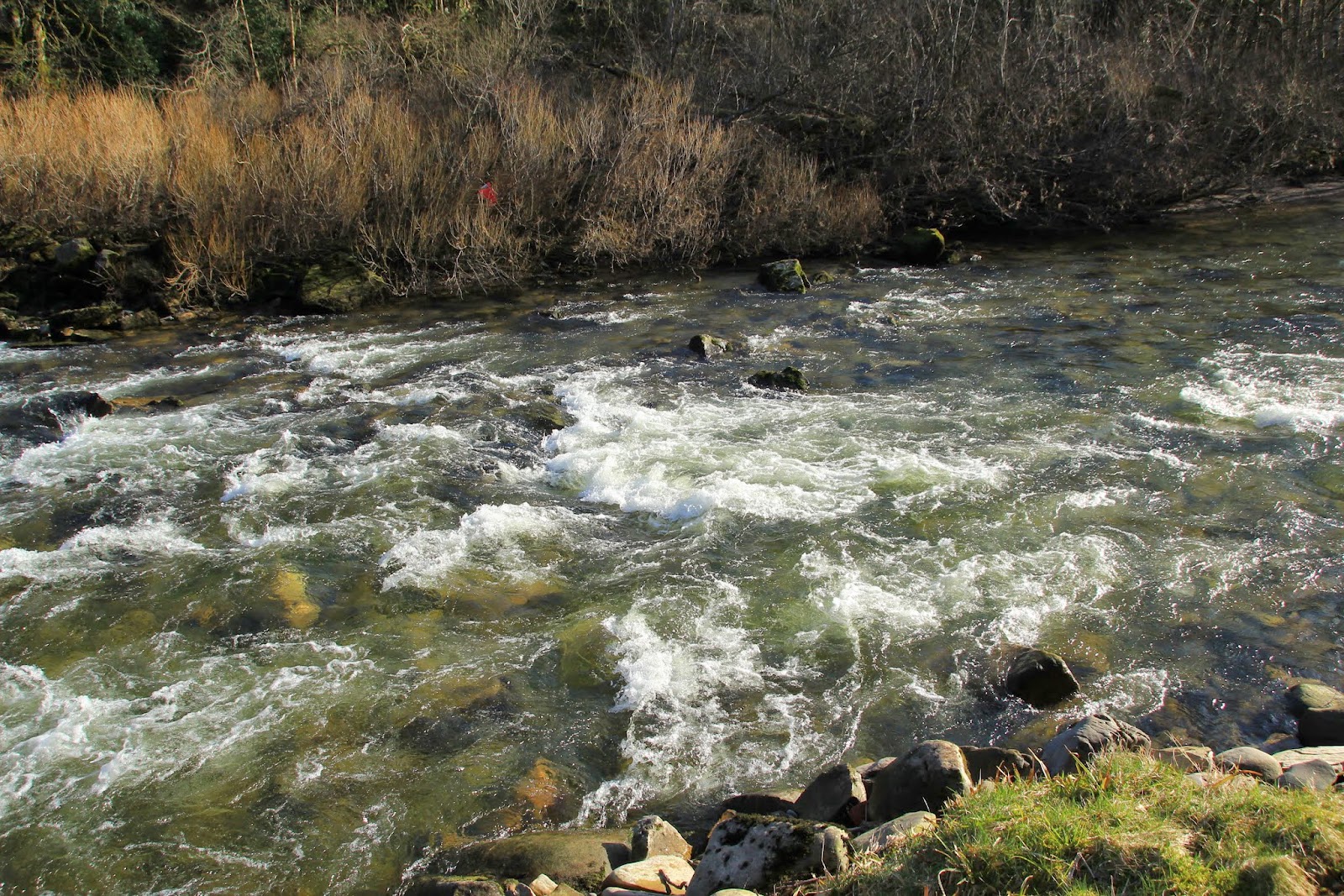 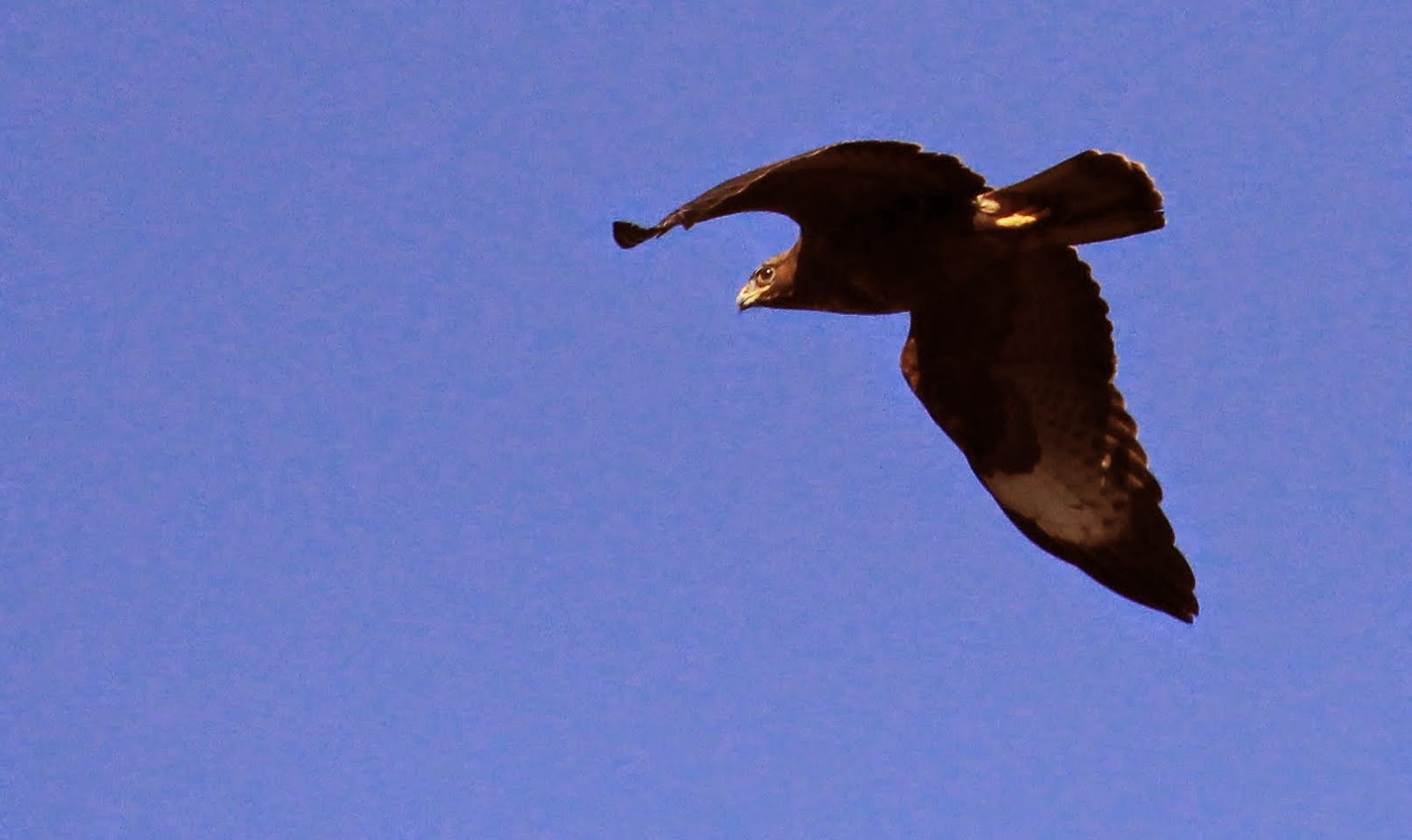 My shot of the day is of the first plume of smoke from Mr & Mrs Tootlepedal's new chimney. I was witness to a historic event as the fire was being lit. Local builder Kevan was on standby to see everything was in order. After this monumental event we jumped into our respective cars and headed up the hill to see if we could see any sign of Hen Harriers. There was no Harriers to be seen but we were well entertained by a Short Eared owl. I didn't make any attempt at taking photos as my lenses aren't designed for this type of photography, but I'm sure Tootlepedal got a couple of shots. After awhile I was starting to get a headache with the cold so I bade the Tootlepedals goodbye and set off for home.