A Prehistoric Date With Bessie

This is the first day that I've really felt that Spring was just around the corner. It was such a beautiful morning I got up reasonably early and after a breakfast of porridge I went to do my weekly turn at filling the feeders. Filling done I got myself comfortable in the hide and spent a very relaxing hour watching much coming and going on the feeders, unfortunately at that time in the morning when the sun is shining it's a struggle to get a clear shot as you're shooting into the light. At one point I was disturbed by a strange sound which turned out to be a bird of mechanical means, a helicopter passed close by inspecting the pylons that march up the valley. Happy with the time I spent at the feeders I responded to text from Tootlepedal saying that Wauchope Cottage  was open for coffee. 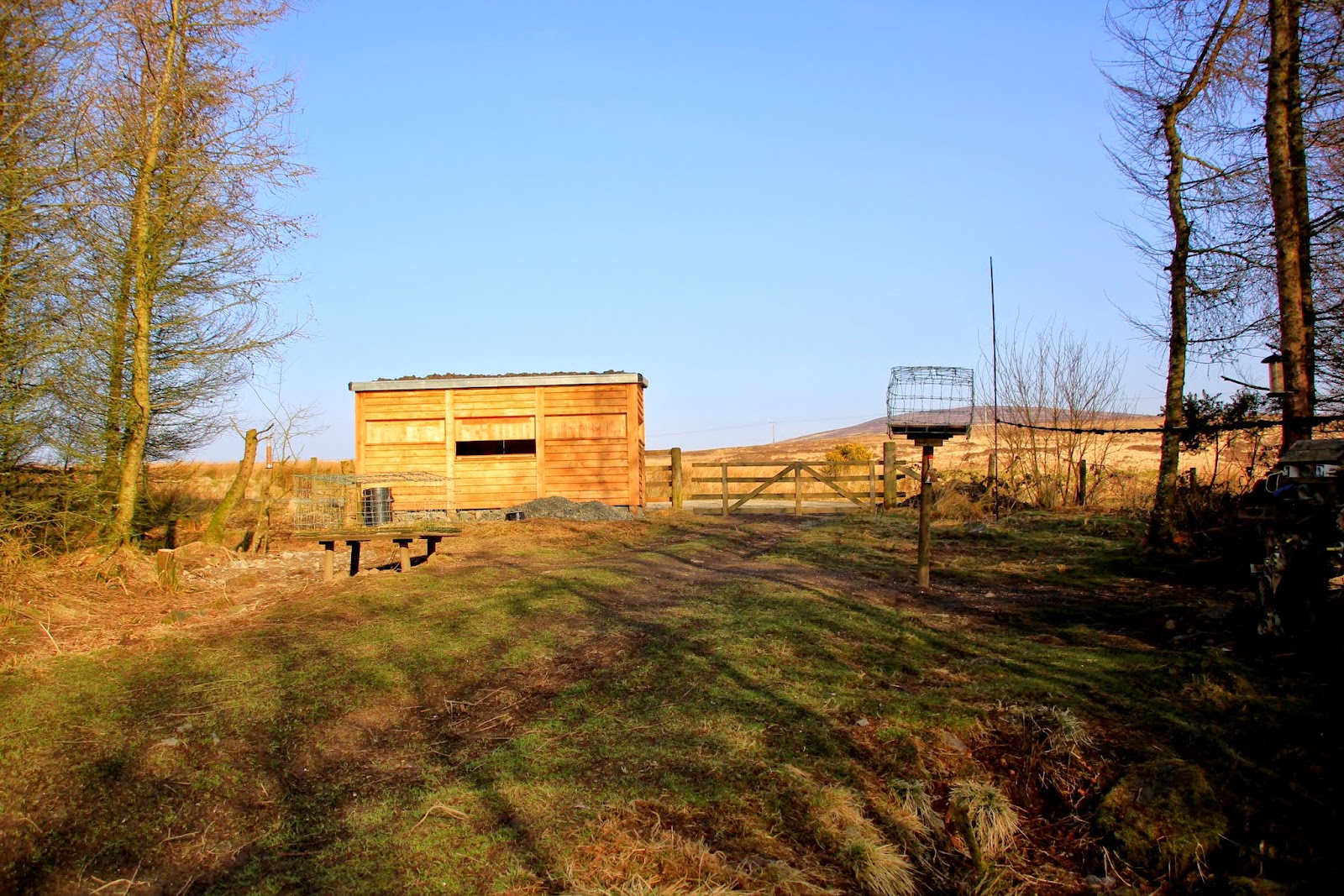 I've no idea why this pheasant is hanging his head in shame. 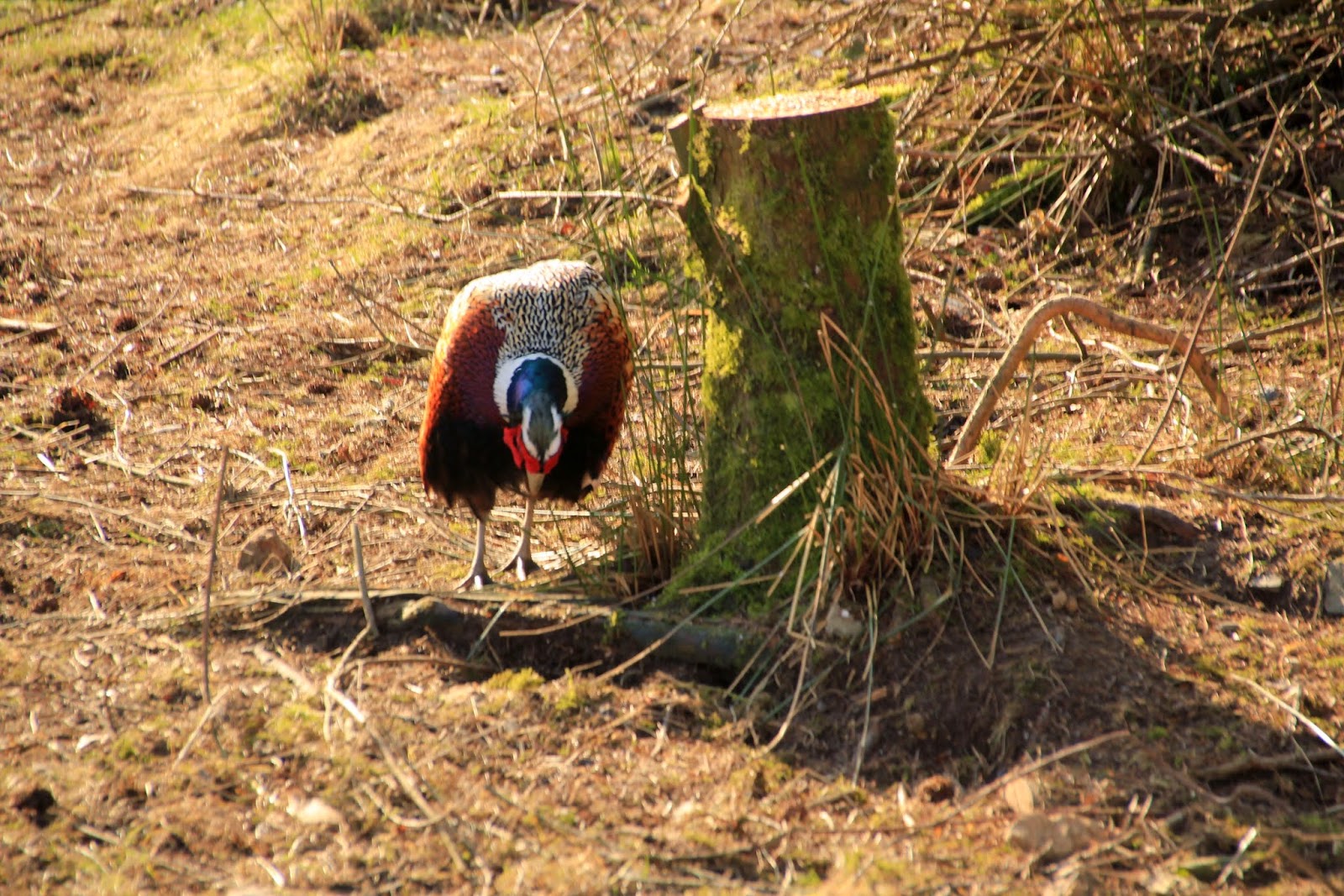 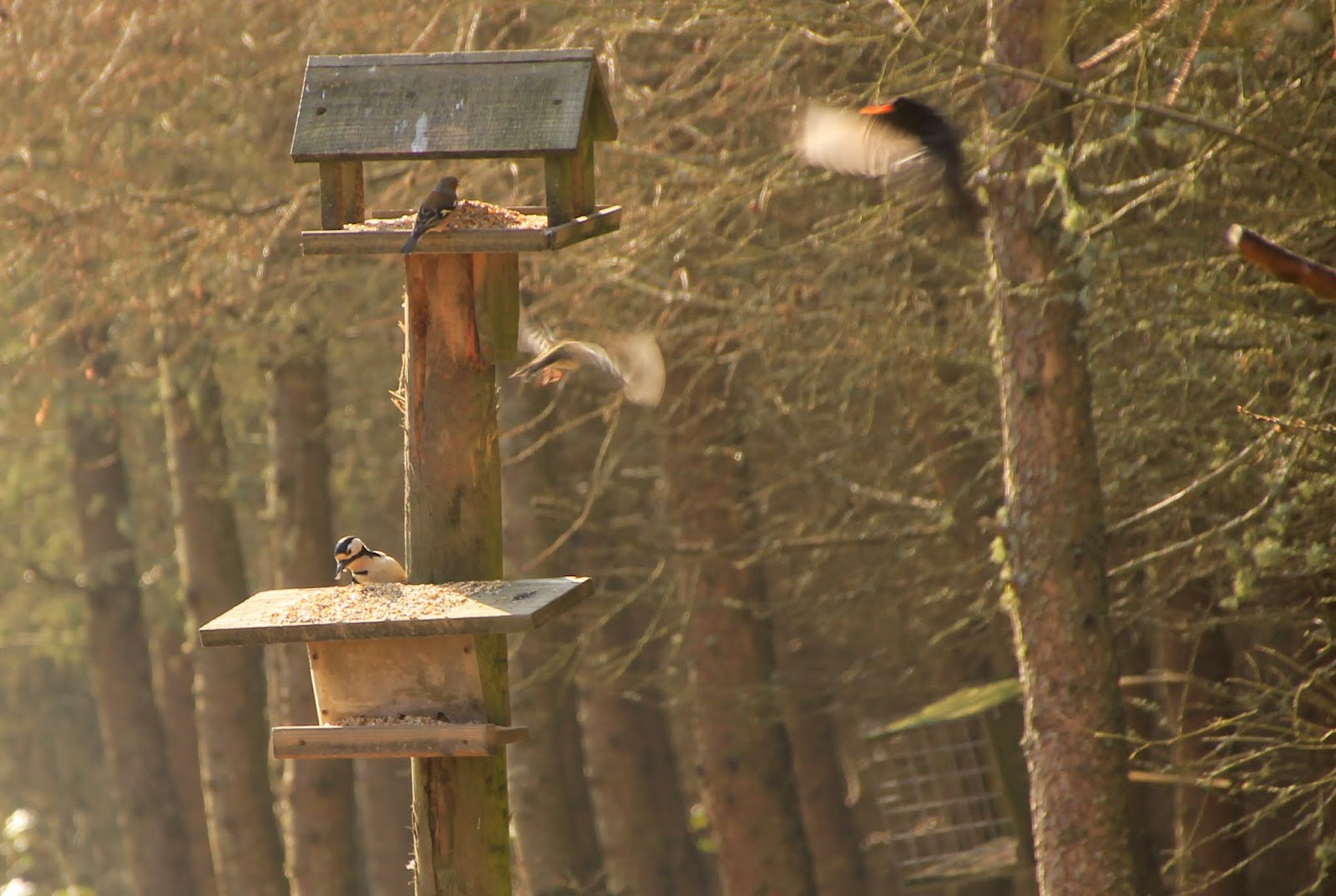 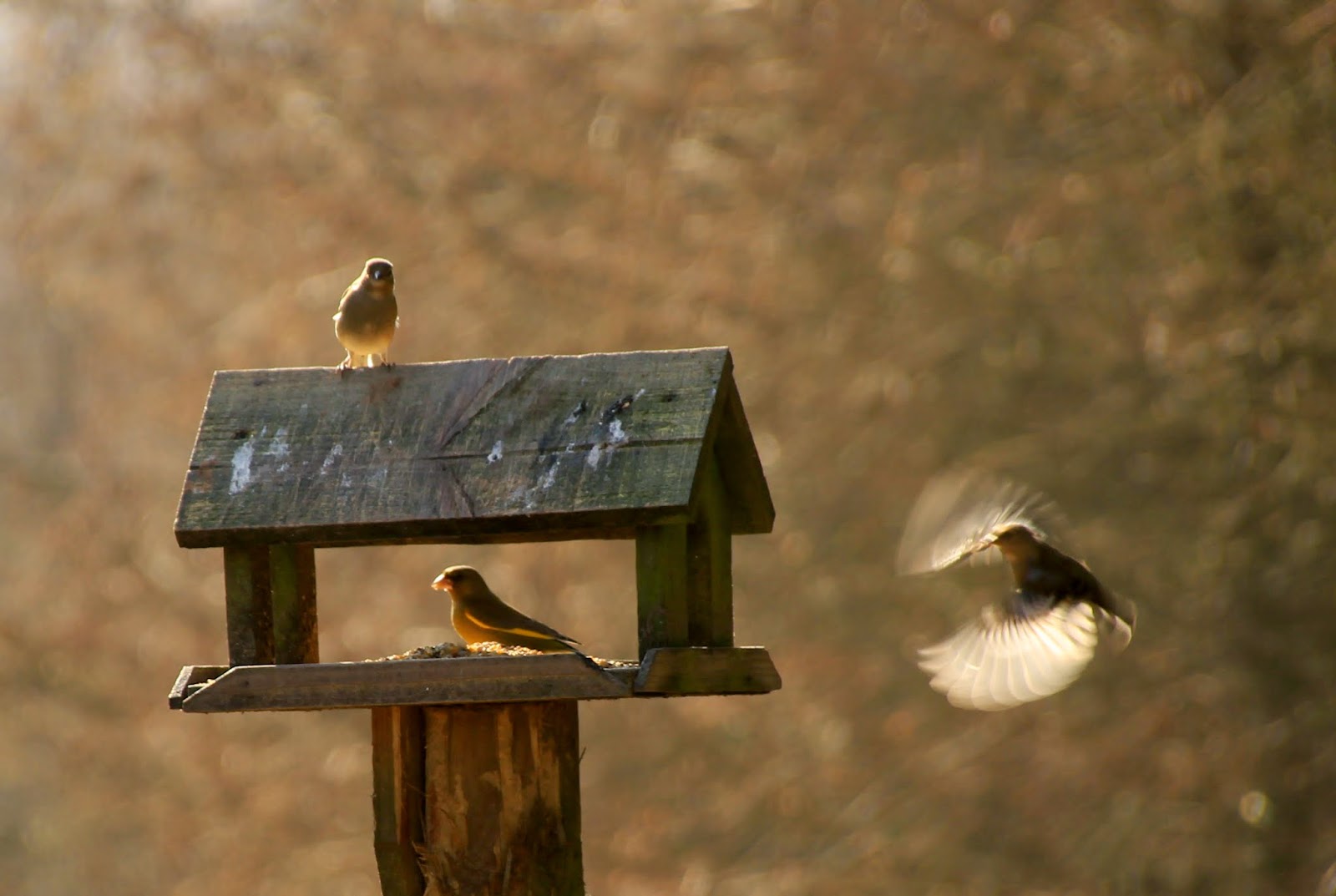 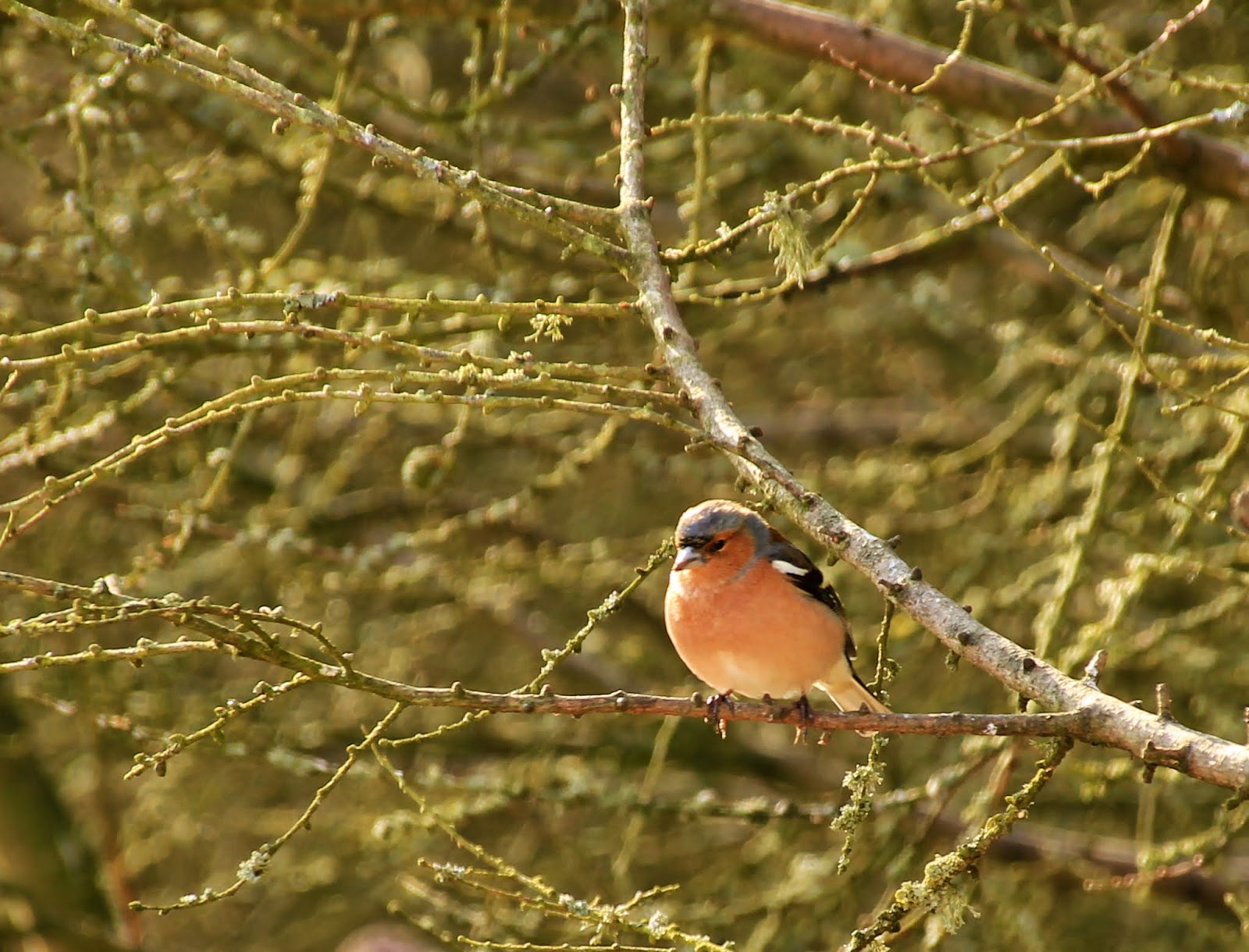 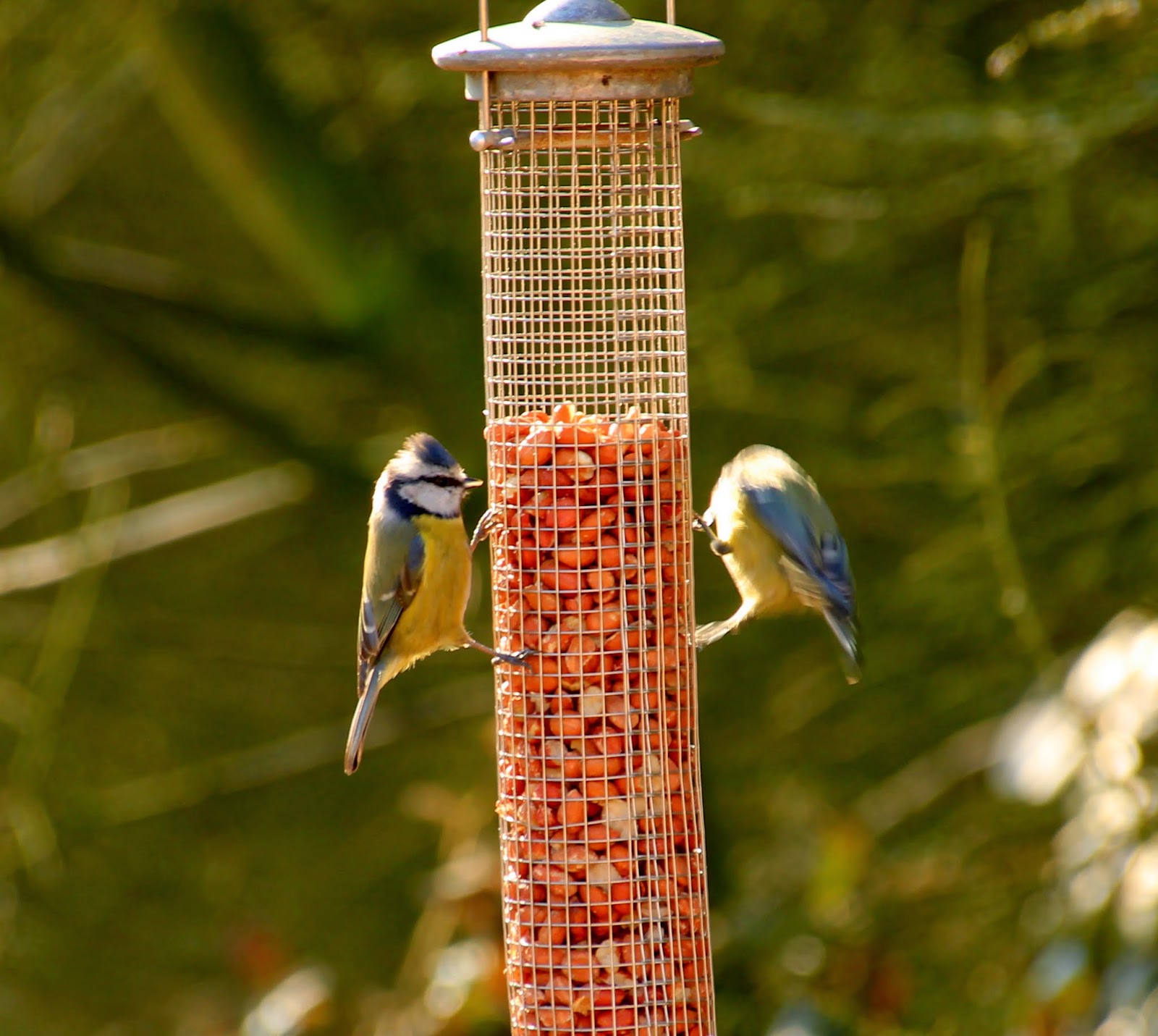 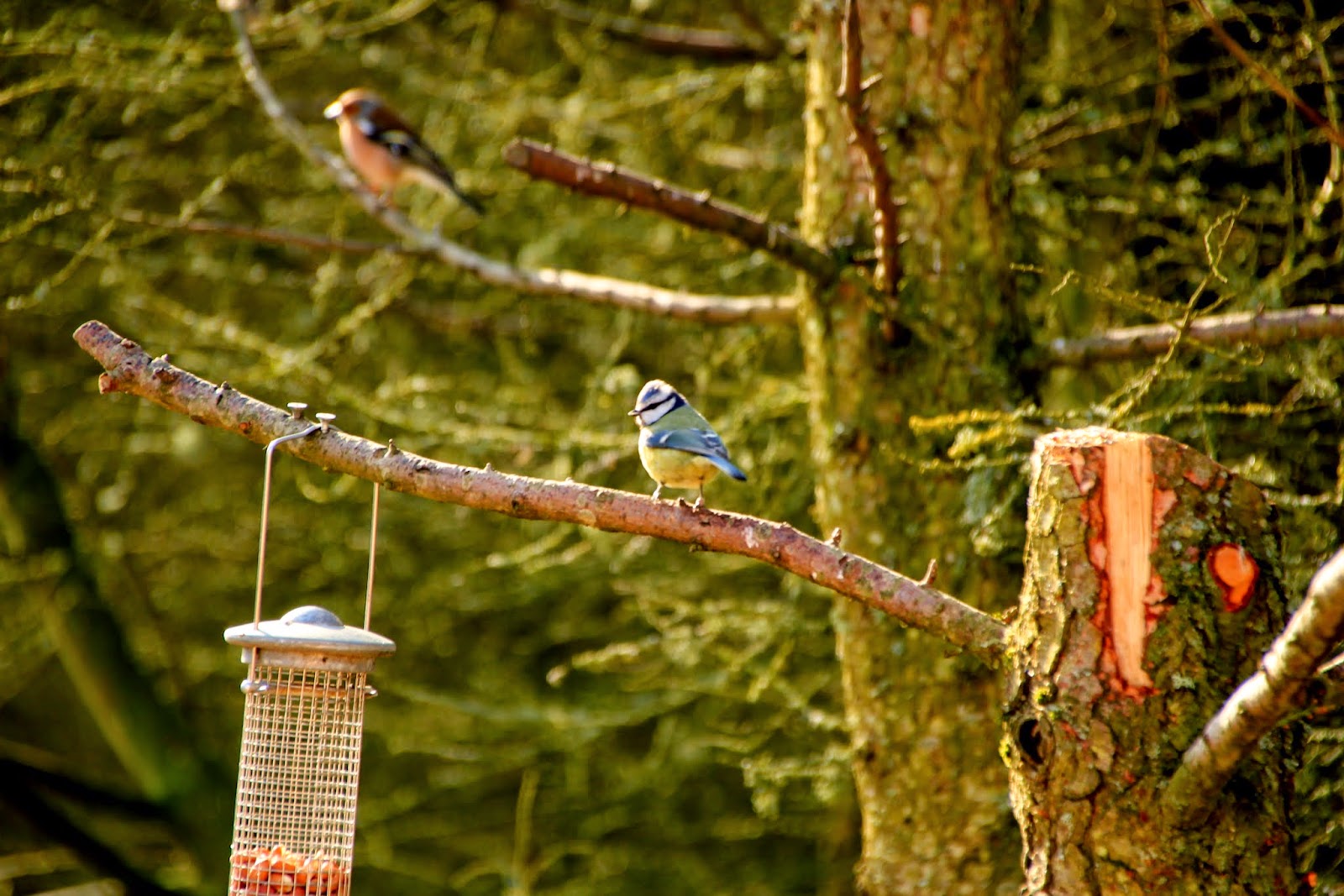 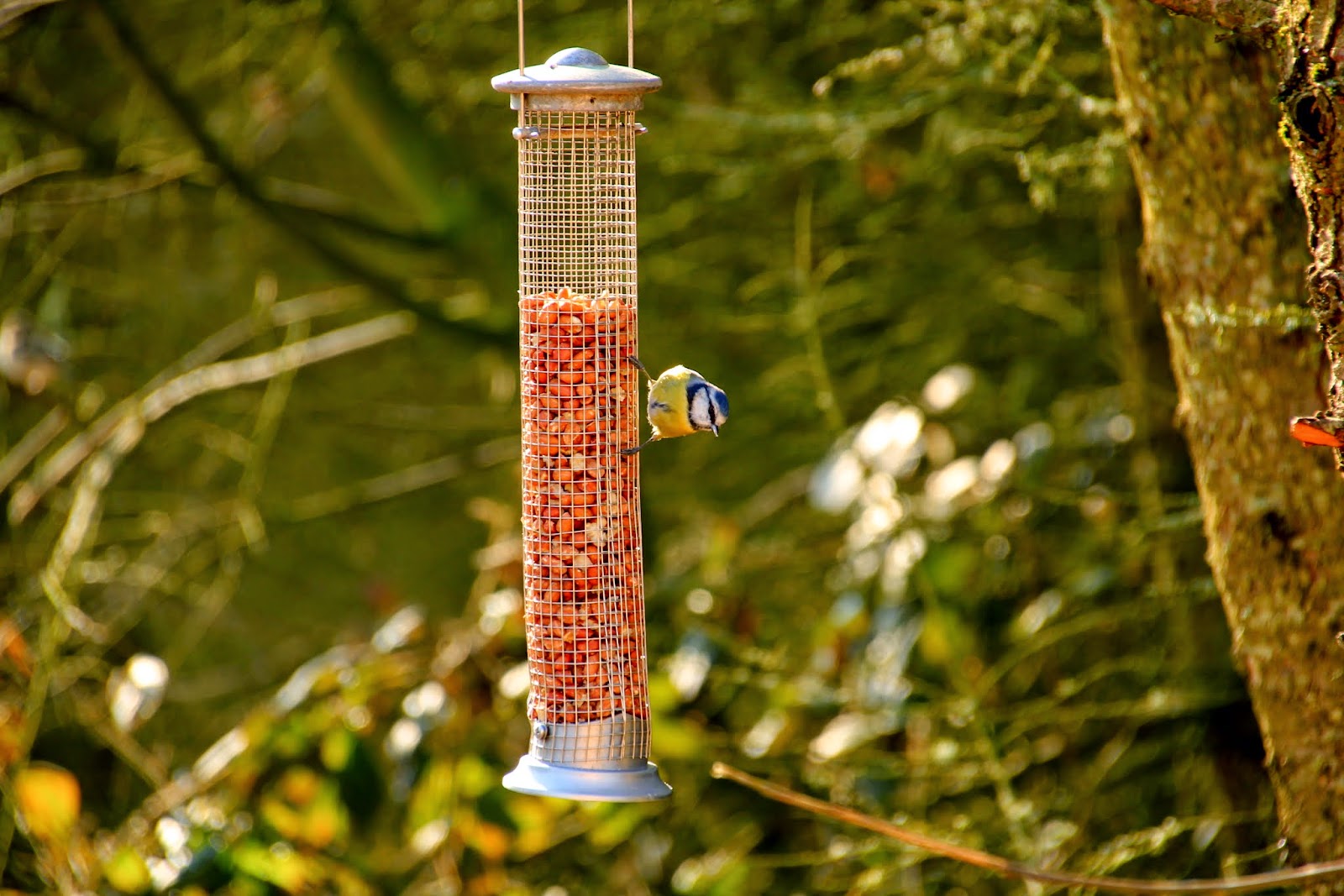 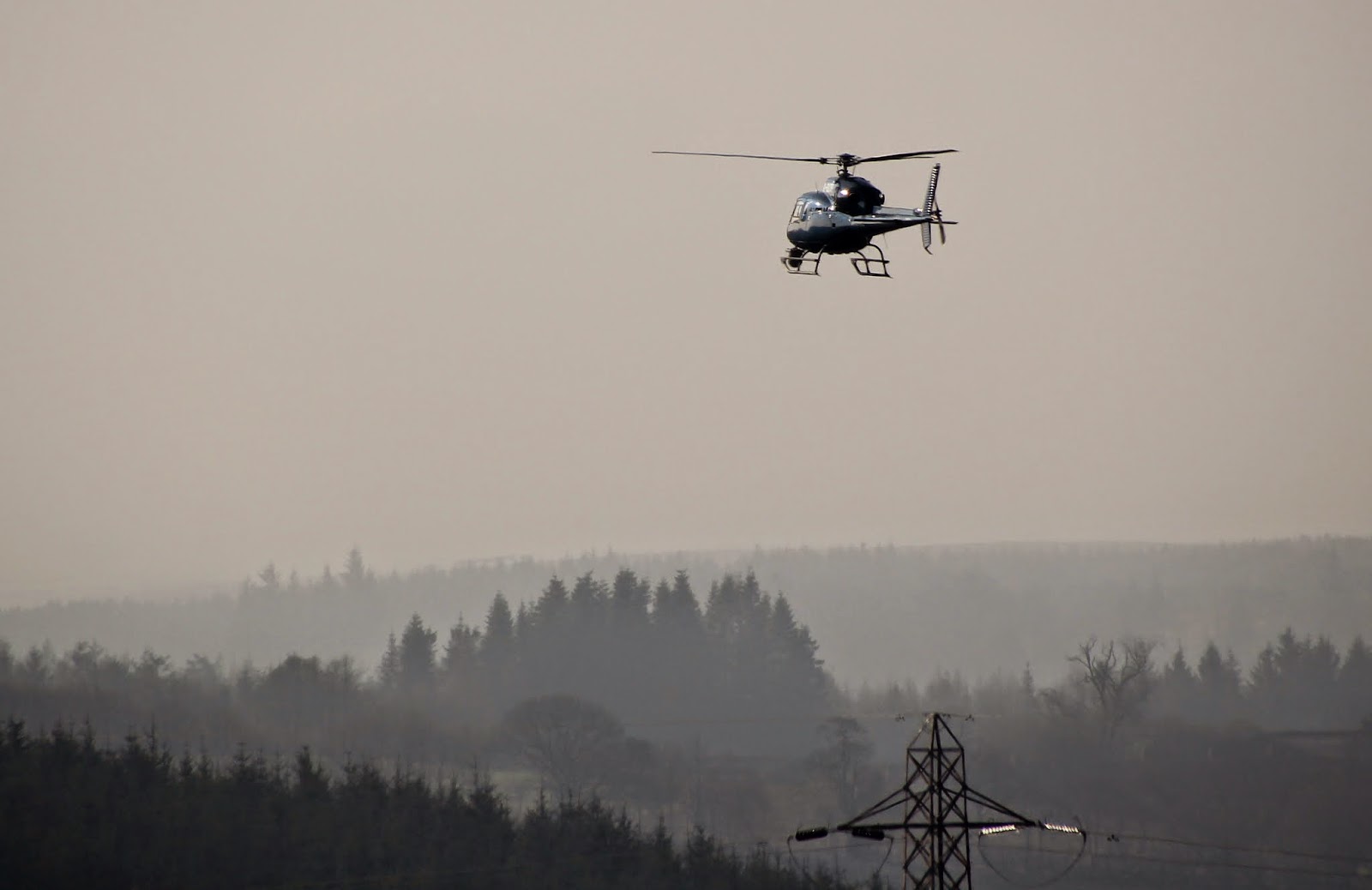 After lunch I collected Tootlepedal for a prearranged trip to Bessie's Hill which is part of the Prehistoric Trail. I've been on the trail on numerous occasions but somehow always missed out Bessie's Hill thinking it was one of the lesser strongholds. How wrong I was, it turned out to be the most interesting by far. I suppose when it was surrounded by trees the full effect of the site was hidden and there was little grab the imagination.

We stopped off at the King Pool 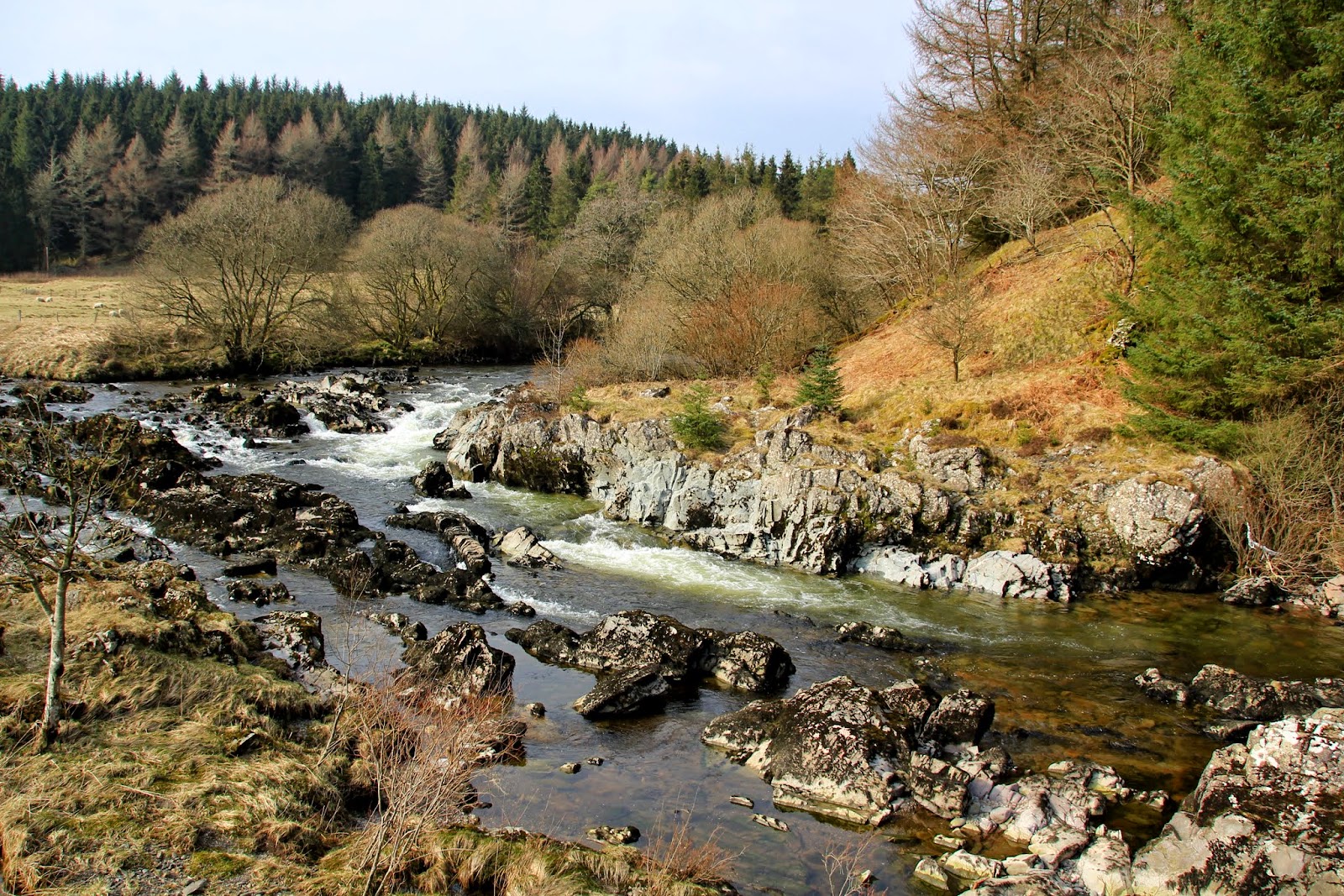 The water was crystal clear in this little run off by the river. 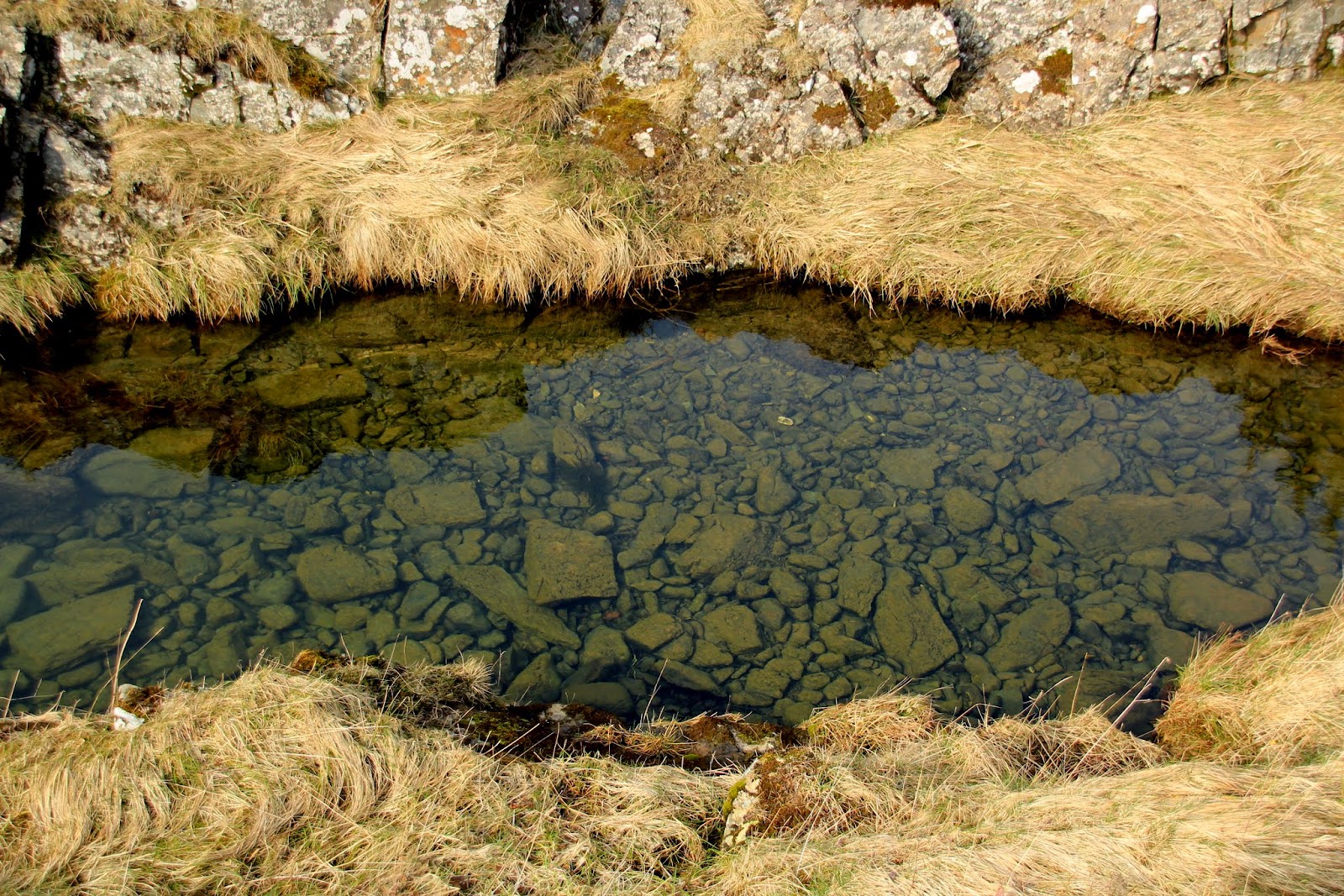 lovely mossy path led us up to Bessie's Hill 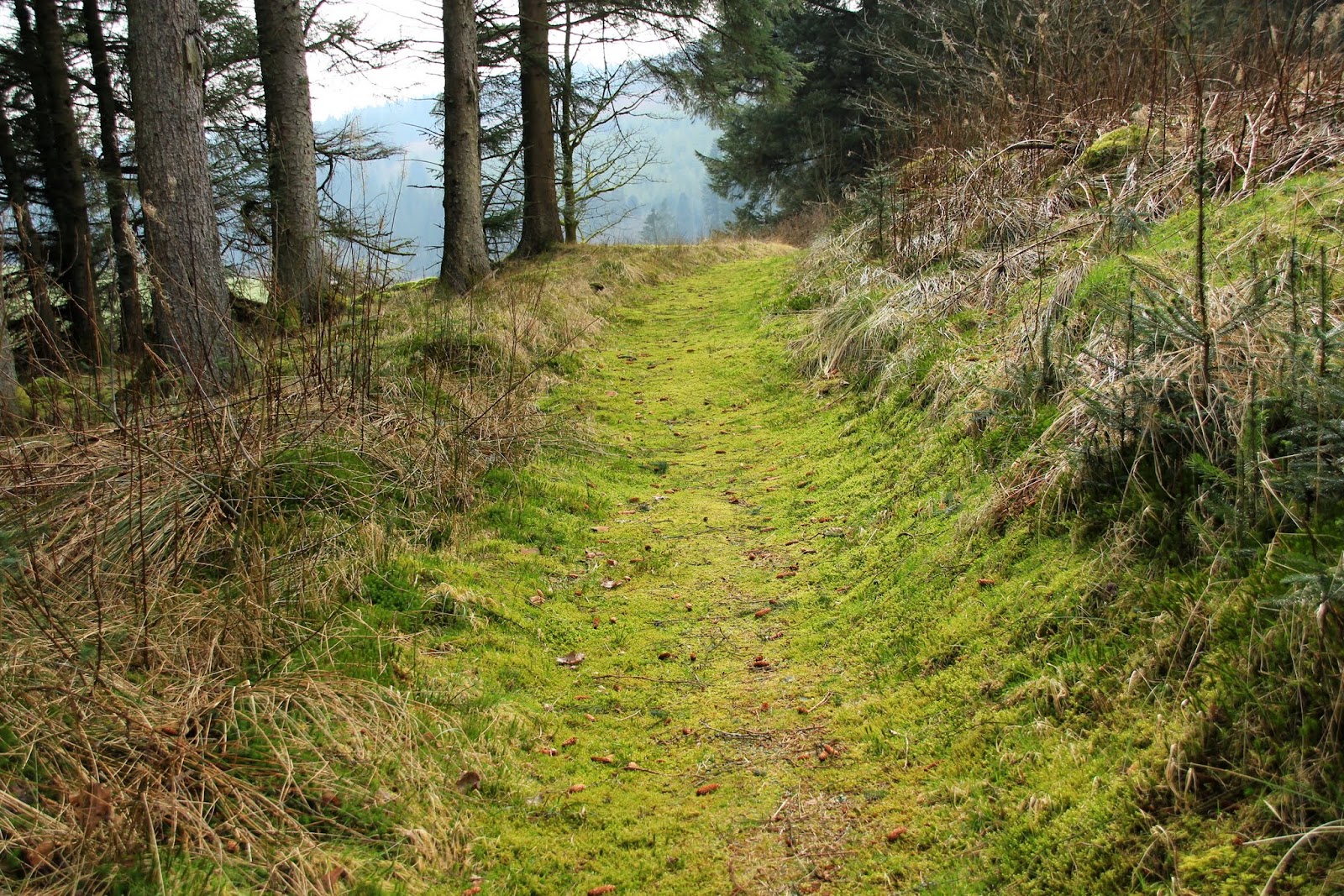 This gives reasonable impression of the site

The Girdle Stones in the far distance.

We couldn't make head nor tail of these indents in the moss but in the end we thought it was just the weather. 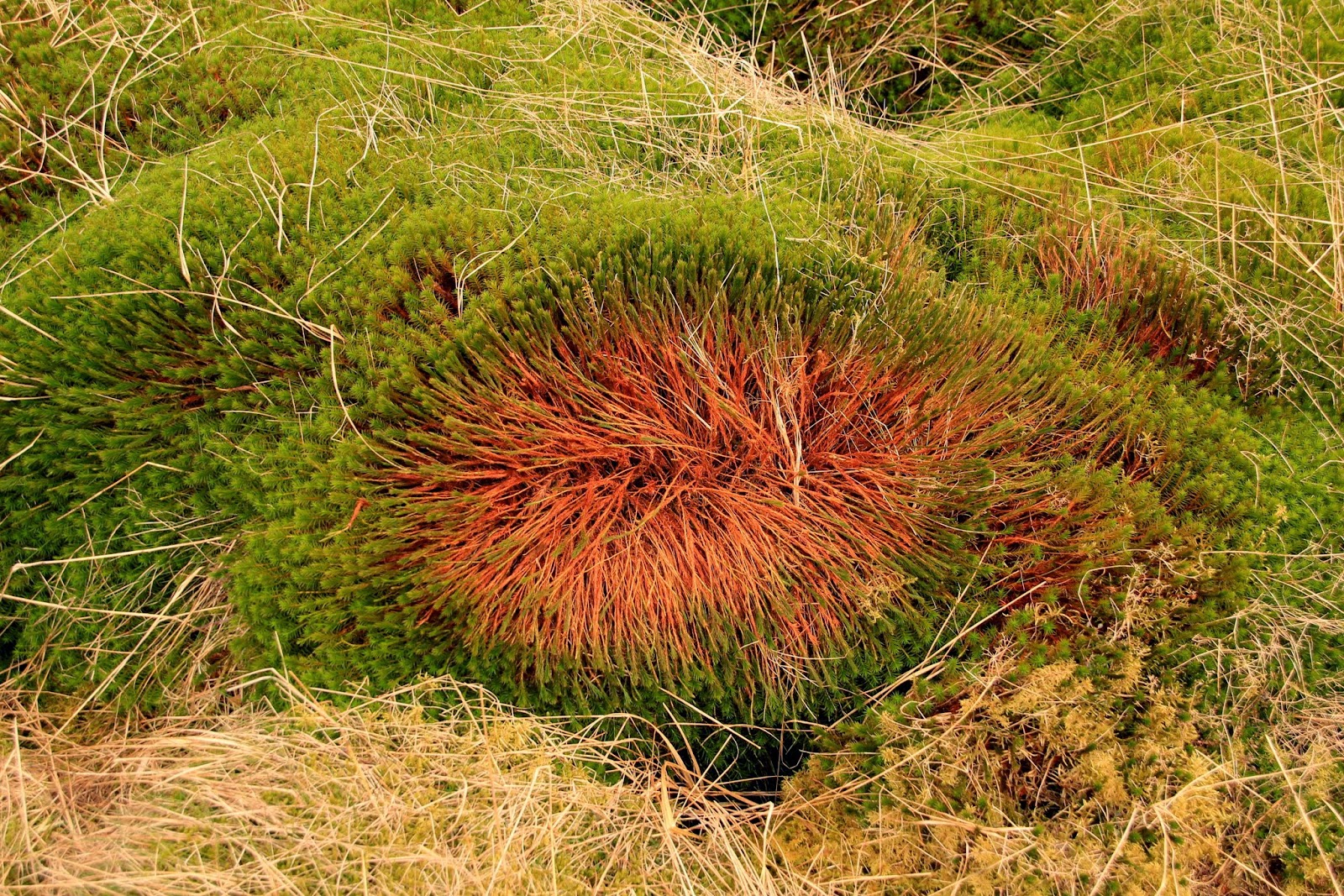 Ones imagination could run riot looking at these witch like fingers. To me it looks like the fingers of the vampire Nesferatu. 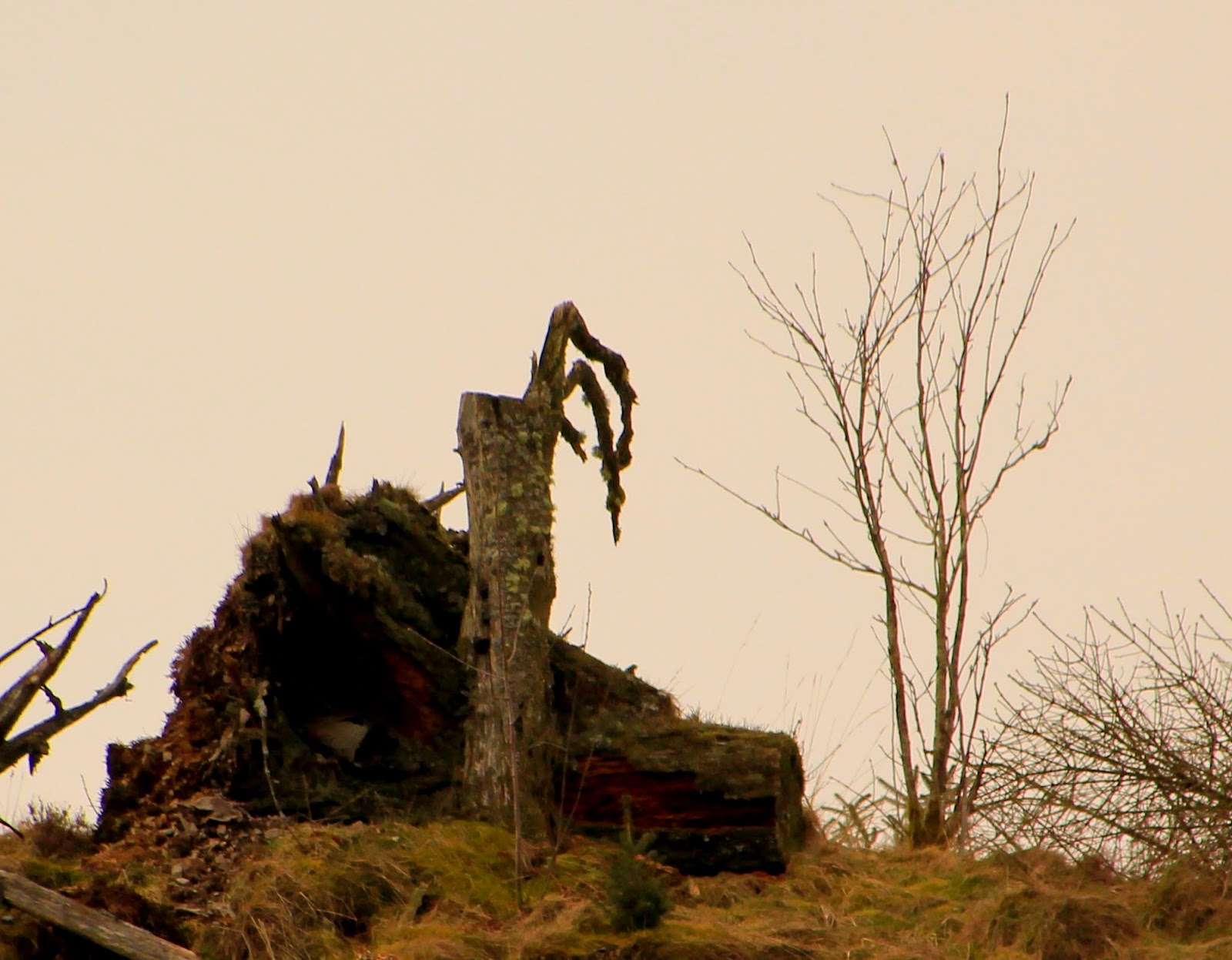 Some of the trees were hanging heavy with a bumper crop of cones, which should attract o good variety of birds. 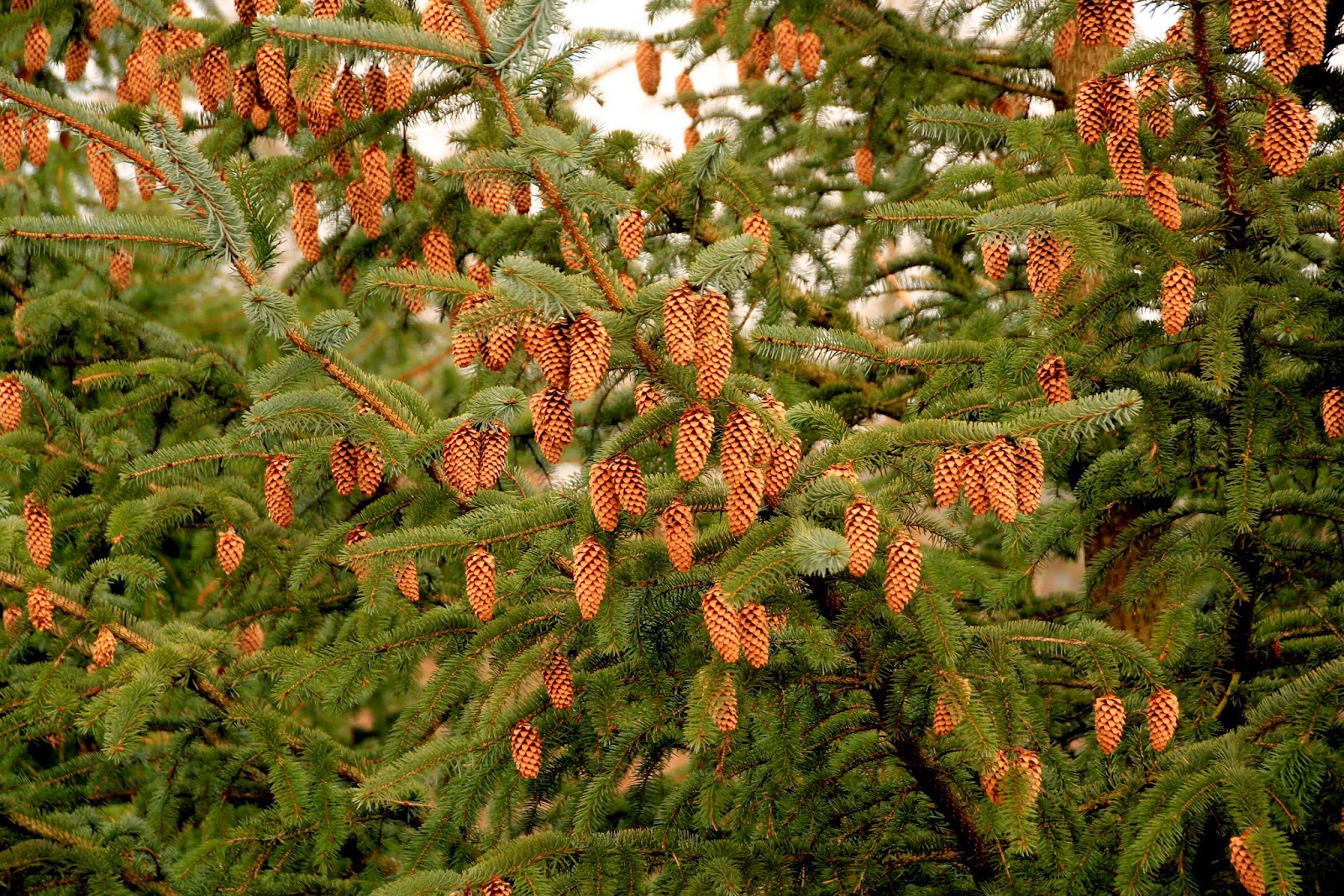 I liked the way the weather has encouraged the moss to gradually build up and cover this branch like a cosy glove. 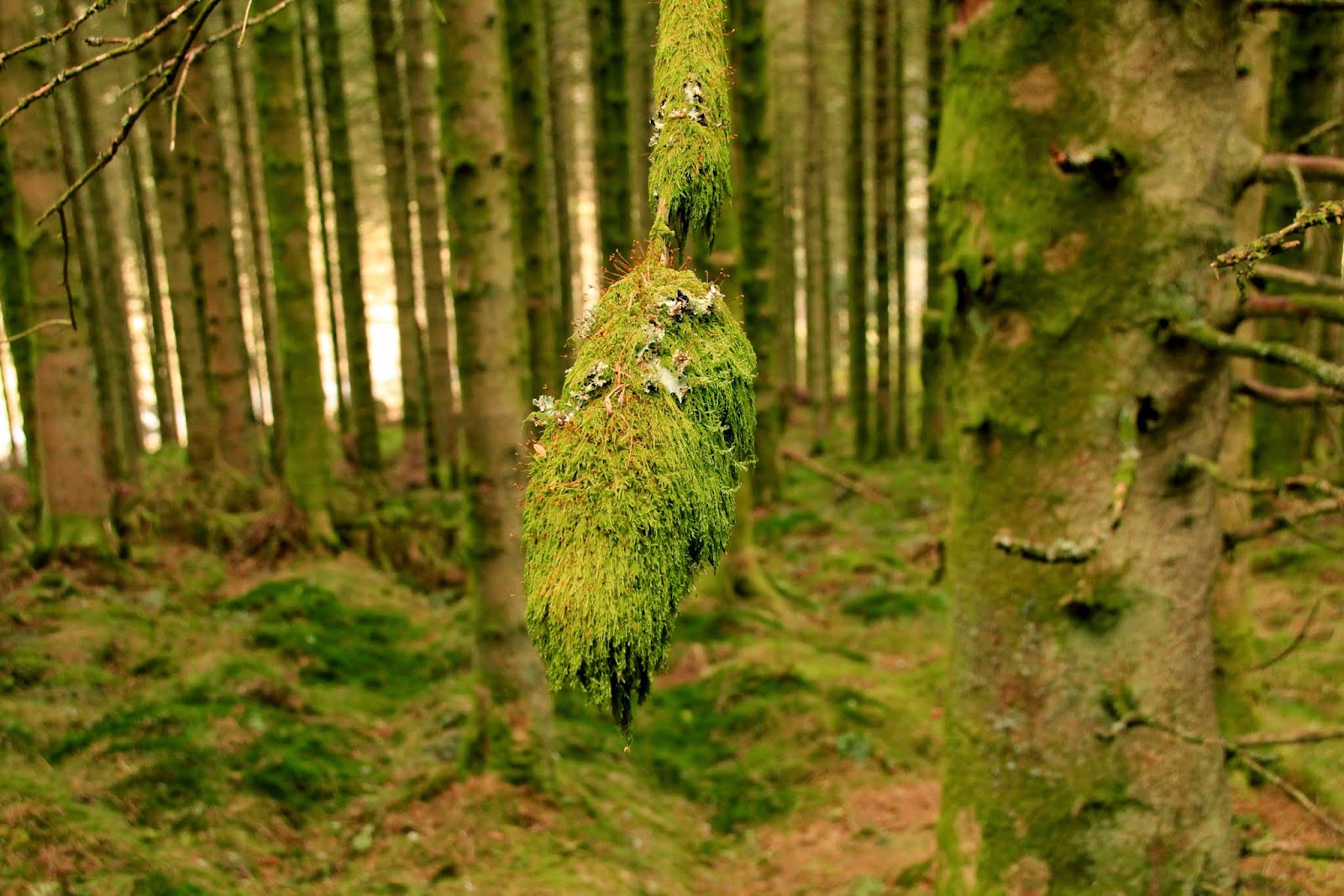 After leaving Bessie's Hill we returned home by circular route travelling back down the other side of the valley. We stopped off at the Girdle Stones where we found this strange looking effigy that had been placed on one of the stones. 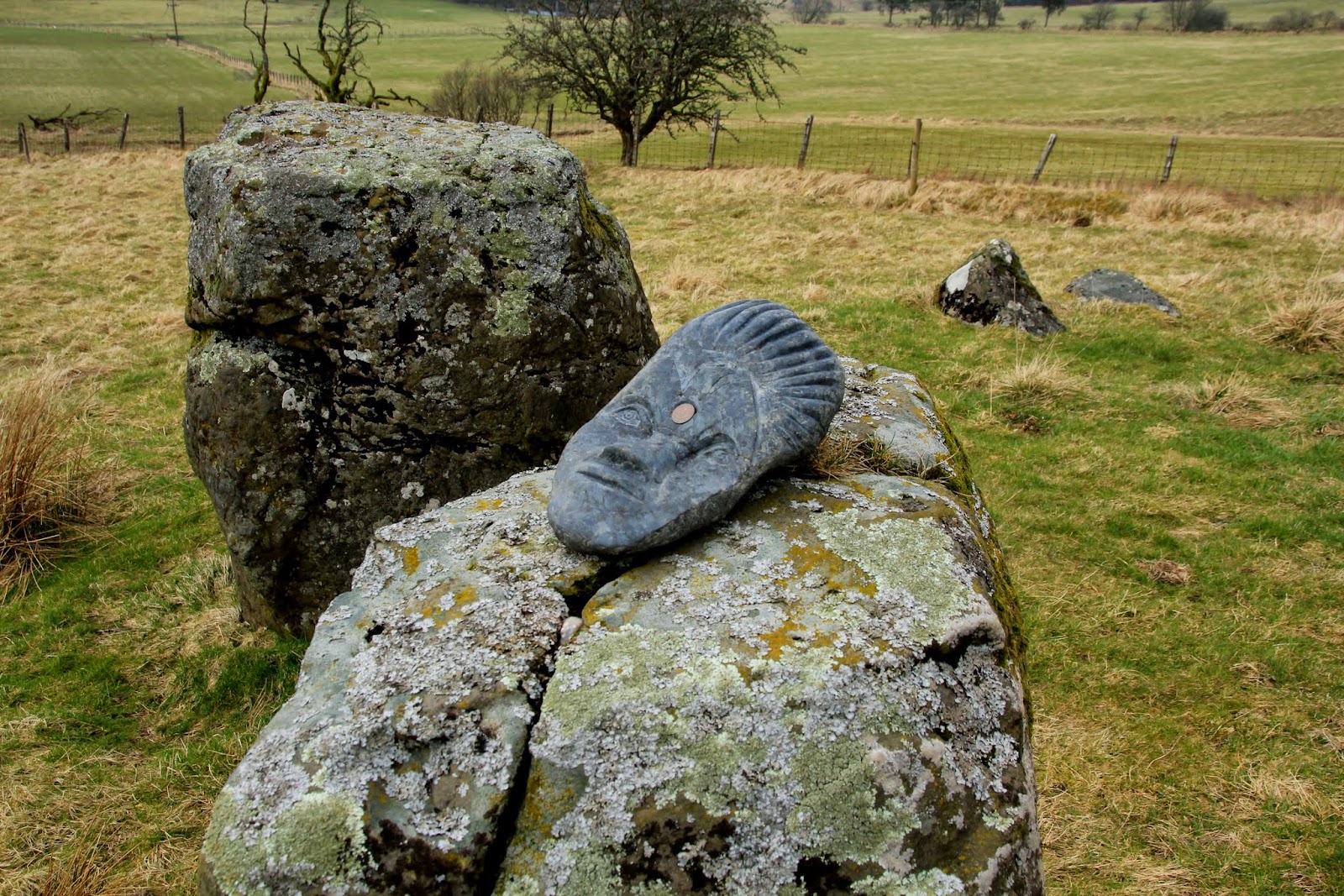 We returned to Wauchope Cottage for a cup of tea and a biscuit. Tootlepedal took the oppertunity to show the work that is been done on the end wall. It all seems to be coming together and I look forward to seeing the finished result, but I've a feeling the front room'll look much the same as before but no water coming through the wall. In the evening we went to the Archive Centre and spent another fruitless night trying to put a week of the E&l onto the database due to a poor connection on the BT Hotspot.
Posted by Sandy at 15:29