I was a bit dismayed when I got up this morning and looked out of the kitchen window and saw the state of one of the feeders. This is due to cats lying in wait under a bush nearby in the hope of a tasty meal. I fixed the garden pot saucer onto the base of the feeder to catch most of the seed instead of it being dispersed over the garden, this has worked well in the past but unfortunately the local cats are making the most of the cover. 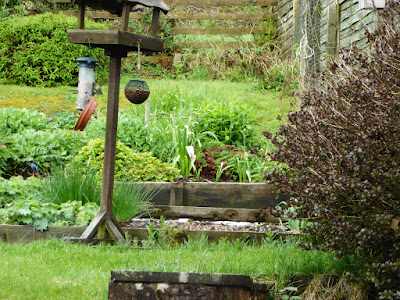 I've being spending a lot of time in the garden lately preparing beds and general tidying up. I've arrange for a chap to come and give me price for new fences and a bit of landscaping, hopefully I can post the results in the near future. 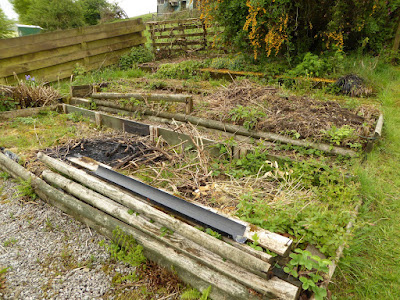 This area is in for some major improvement 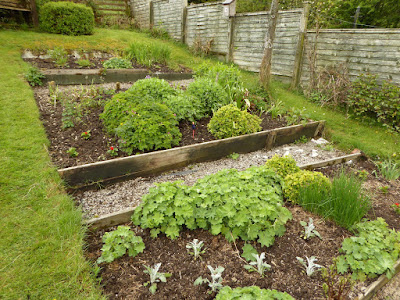 This is the area that Stuart Cartner helped me tidy up and gave me the inspiration to start gardening again.

After a shower and a bit housekeeping I put some entries into the E & L database for an hour then spent the rest of the morning setting out the plants I bought yesterday at Whitesykes Garden Centre. I bought these as space fillers for this summer. My idea is refill the spaces with perennials under the guidance of Mrs Tootlepedal. 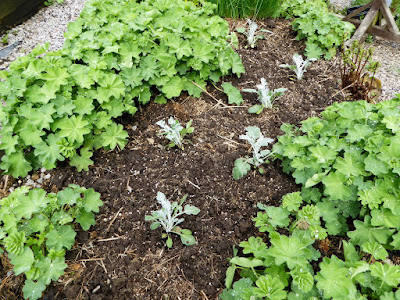 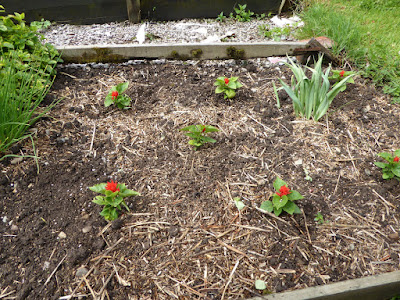 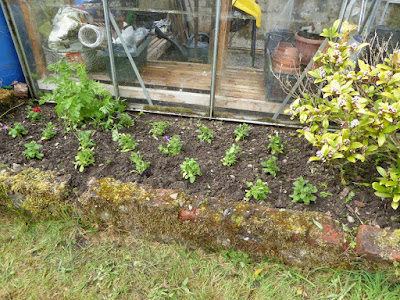 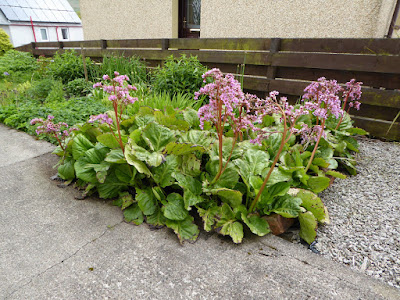 In the afternoon I popped through to Carlisle to get some odds and ends and some lunch. It was quite a pleasant afternoon with a light but warmish wind as I sat in the centre watching the world go by. I bumped to ex colleague Debbie who was on her lunch break and she brought me up to date as to what was going on at the college, she also informed me that the Support Staff were planning a night out in mid June which I will look forward to.

I received a phone call from Neil last night asking if it was OK to come through with the boys in a couple of weeks time. I'm quite excited about this as it is their first visit since my birthday last June and I'm looking forward to showing them all the changes that are in progress.
Posted by Sandy at 10:08

Email ThisBlogThis!Share to TwitterShare to FacebookShare to Pinterest
Labels: 2016, Carlisle College, Garden, May