I managed to get another good night's sleep and didn't wake until 8 a.m. I had an appointment at the health centre for an INR test coupled with a flu jab and as the sun was shining I decided to walk down to the health centre.

There is a bit of disruption at the moment on the Galaside and elsewhere in the town. New pipes are being laid to accommodate new wind turbines that are getting installed alongside existing ones at Westerkirk. 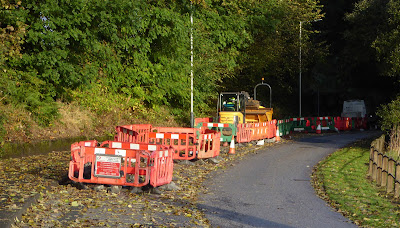 I paused on the suspension bridge to take a photo off the trees that line Elizabeth Street.

After my visit to the health centre I returned home by way the castle home by way of George Street. 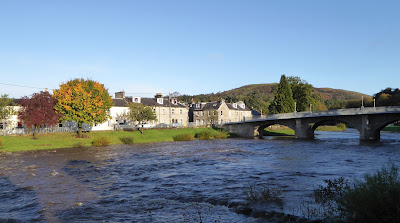 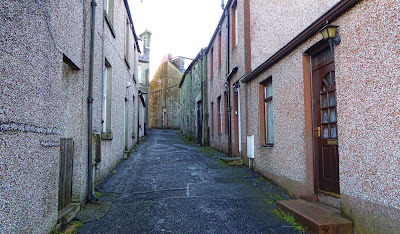 Pausing to take a shot from the Langholm Bridge, showing that the rivers were quite full from the previous nights rain 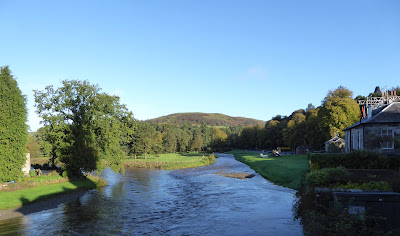 . As I was crossing the sawmill bridge I met fellow blogger Gavin and stopped and chatted for a while. He invited me to join him on a trip to Powfoot near Annan as there was a high tide due at around 1:00pm that he wanted to see, I declined his kind offer as I had duties to attend to at home. 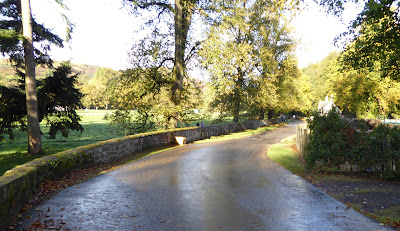 The sunlight on the trees was very nice but was rather strong and getting any good shots was rather tricky. 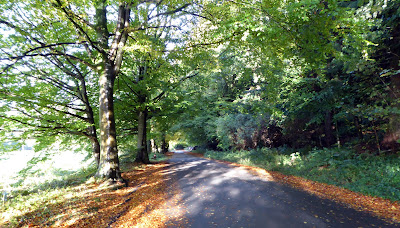 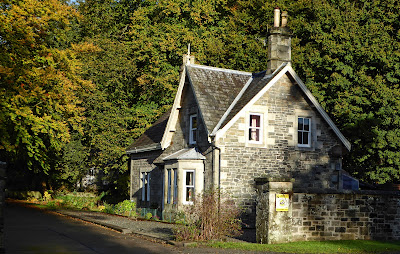 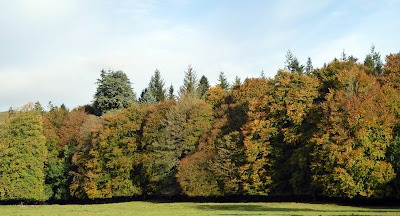 Later in the afternoon I received a phone call from Tootlepedal asking me if I was interested in having a stroll up to  the golf course to see if we could find some interesting fungus,... 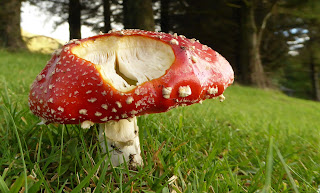 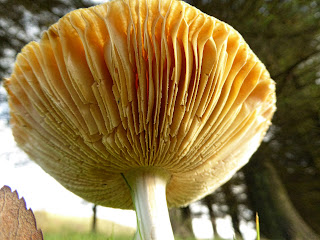 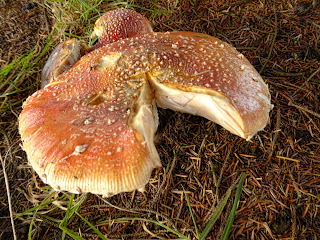 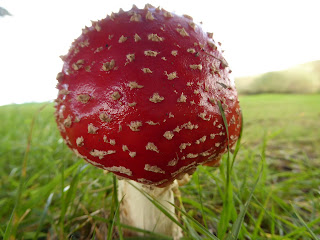 It was quite a pleasant walk round the golf course and there were no golfers present to disturb. We returned to the car and made our way home, I dropped Tootlepedal off at Wauchope Cottage then went home for a some mashed potatoes and beef casserole.
Posted by Sandy at 13:45