One of the main highlights of the holiday was a helicopter flight to the Grand Canyon which included a champagne picnic in the canyon. We chose the last flight of the day so we could catch the setting sun on the return journey. We were duly picked up at our hotel by a stretch limousine and whisked to the airport. What we didn't realize was that the airport was only a short distance away so that pleasure was short lived.  we were greeted by very pleasant staff who worked for Sundance Helicopters. We went through a process of being weighed and sorted into groups of appropriate weight for the benefit of the pilots. We were teamed up with some rather quiet but pleasant young guys.

Our transport for the afternoon. 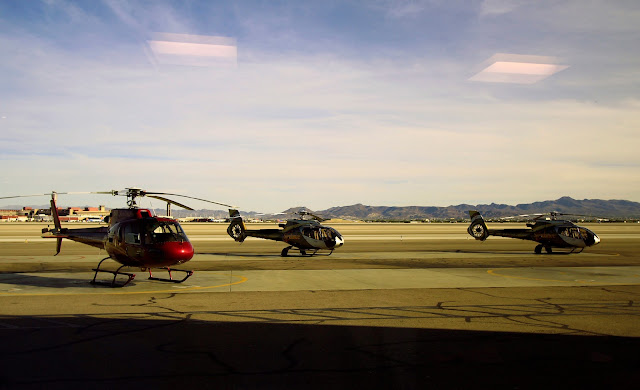 We were soon heading out over the city.... 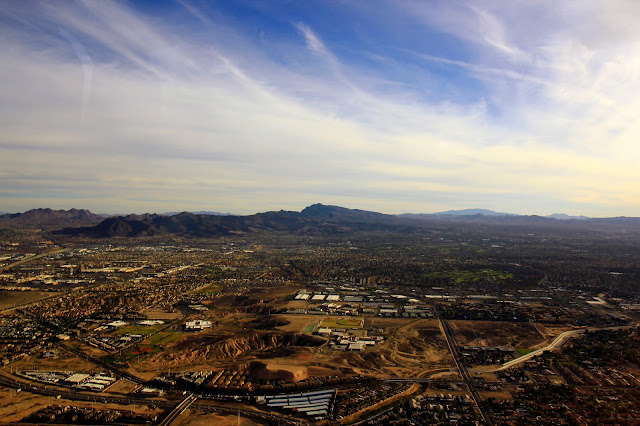 .....out over some mesmerizing terrain which reminded me of the old westerns we watched as kids, it also from the air looked liked the rivulets you get in the ground after a severe thunder storm but on an almost apocalyptic scale. 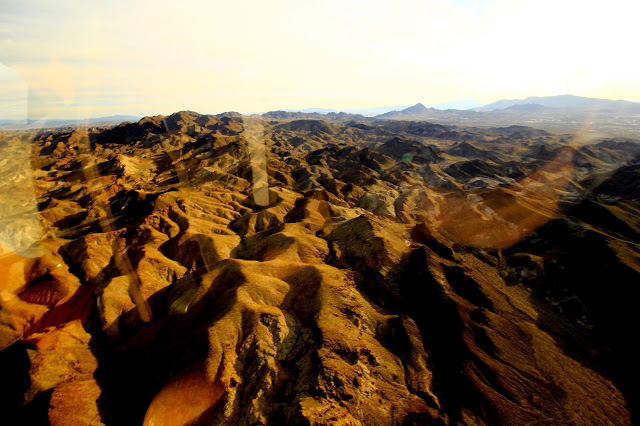 We were soon passing over one of the wonders of the engineering world, the awesome Hoover dam. 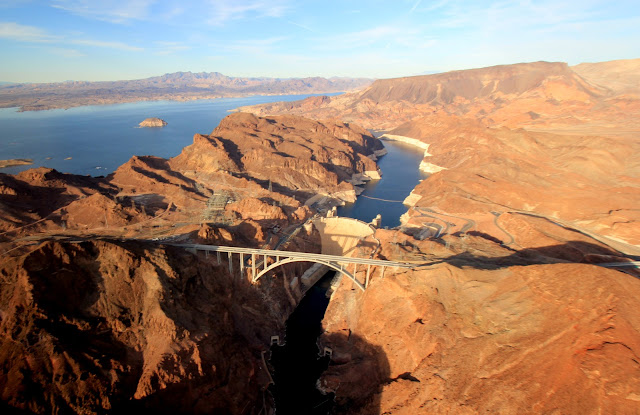 We continued on covering this fascinating landscape..... 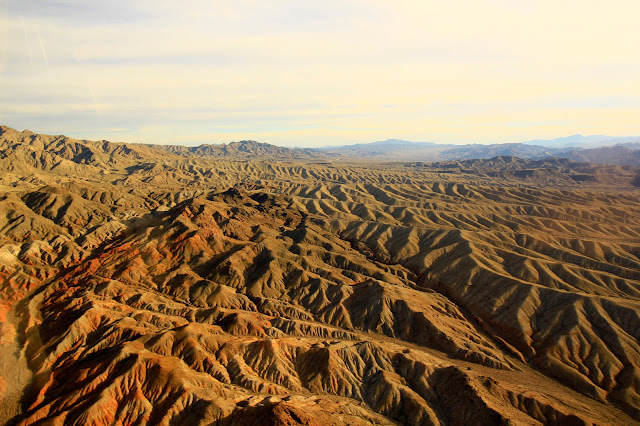 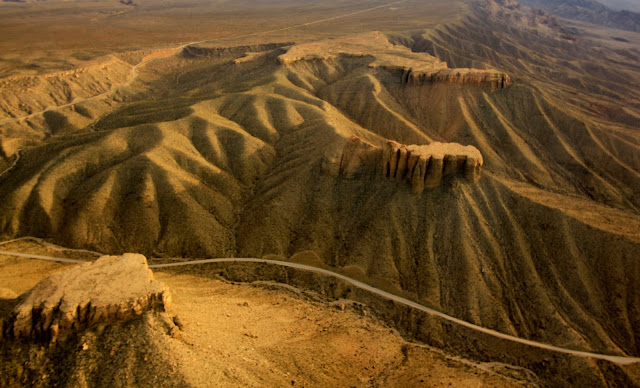 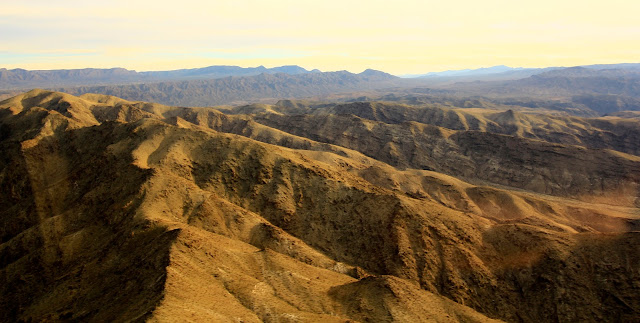 ......until finally the Canyon loomed. I can't find words to describe the scale and even the photographs doesn't do it justice, you have to be there to appreciate it. 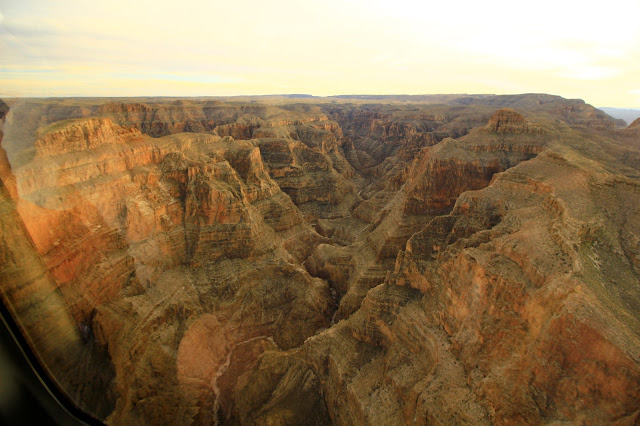 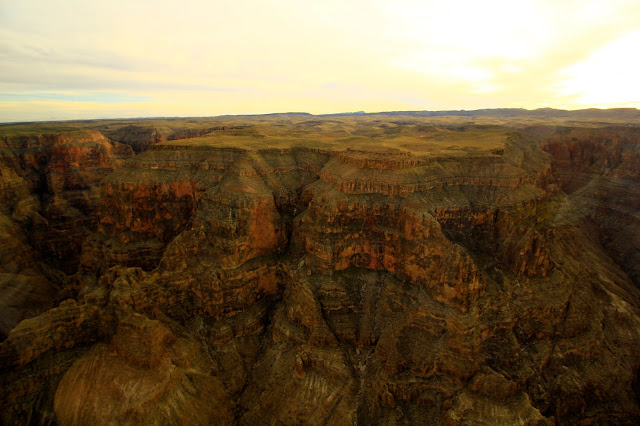 The Colorado River looking a bit like a country stream. 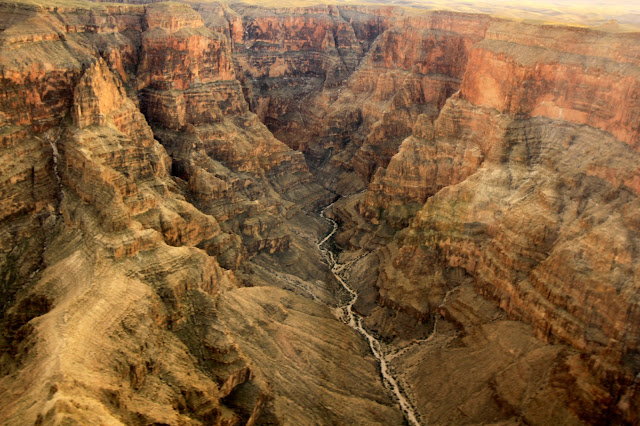 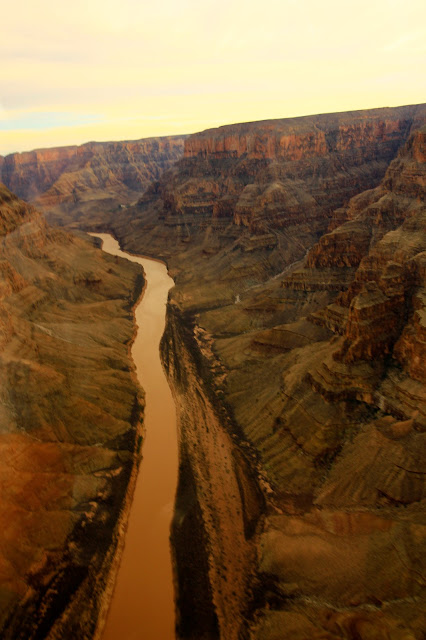 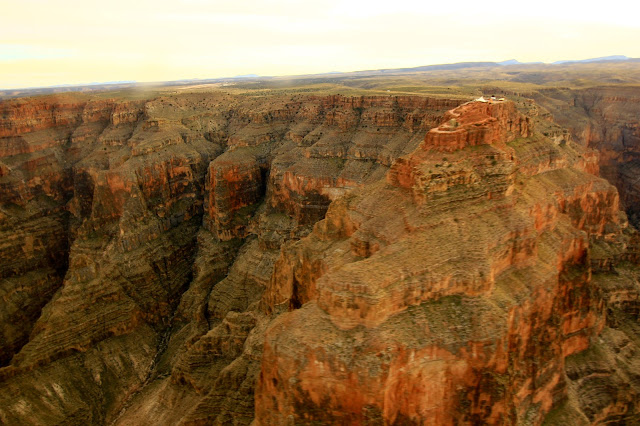 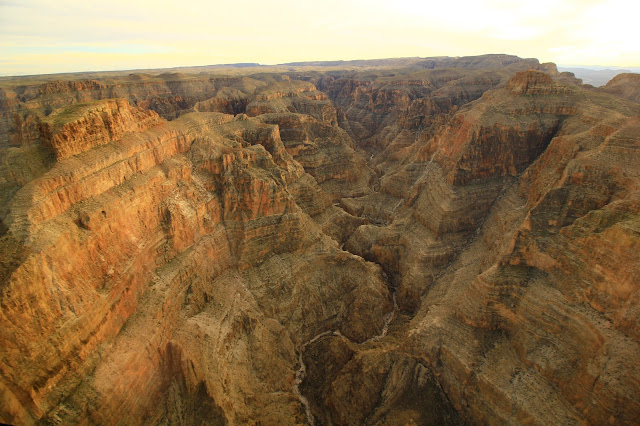 We landed safely at the picnic sight 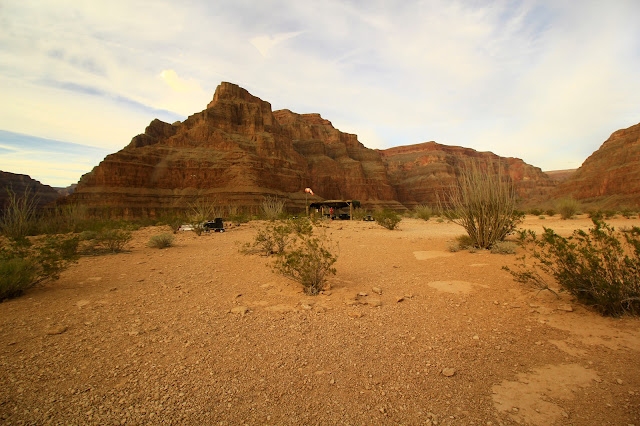 Where we had some opportunities to appreciate the grandeur, before our picnic. 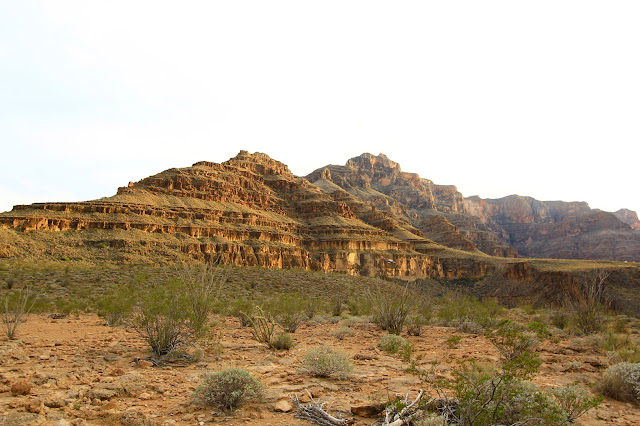 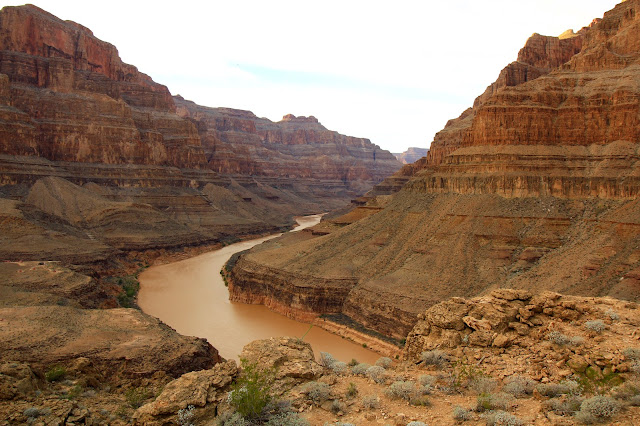 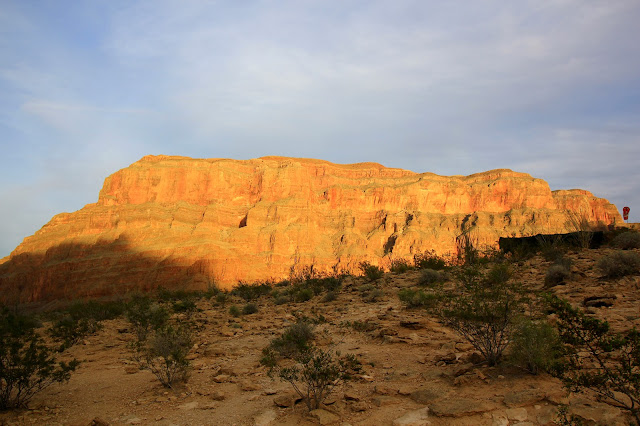 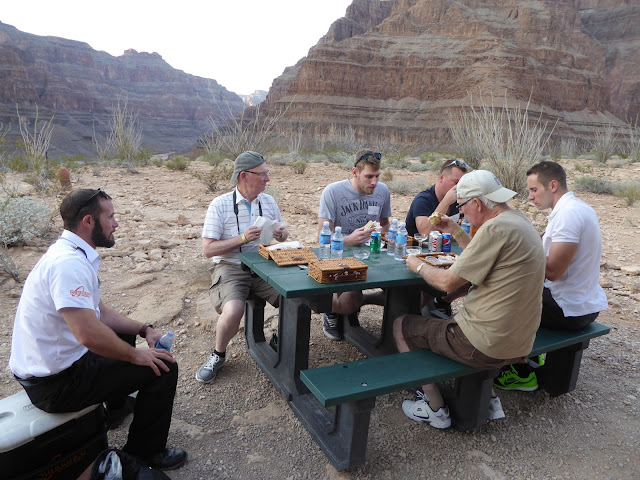 After a short while we embarked on the return journey. The sun was beginning to set and produce some amazing effects on the landscape. 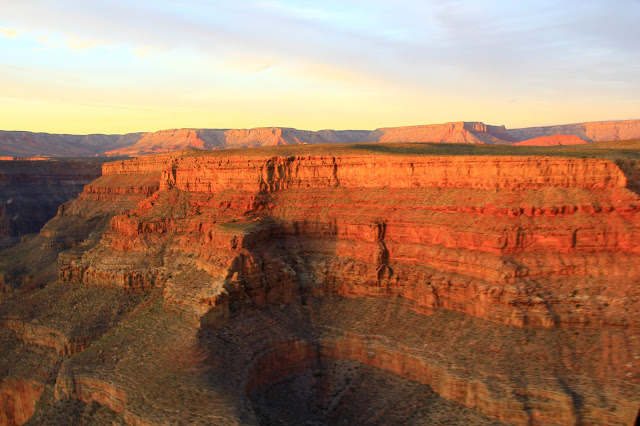 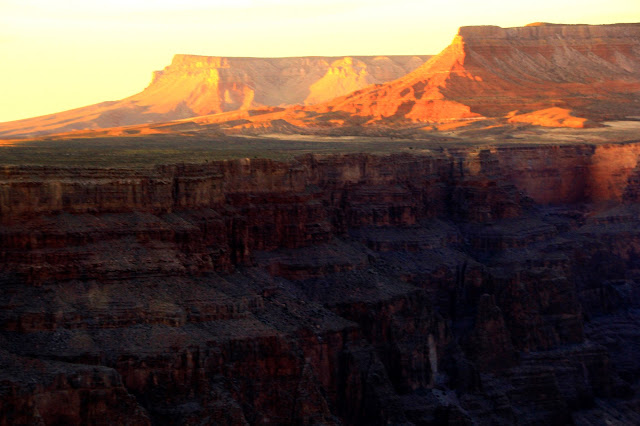 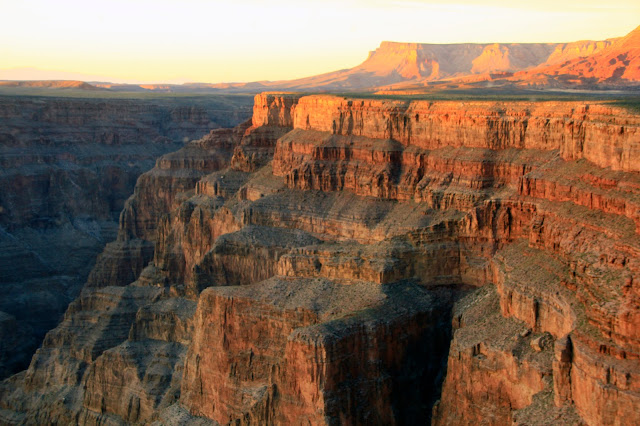 At one point the land appeared almost as it was a cauldron of molten rock. 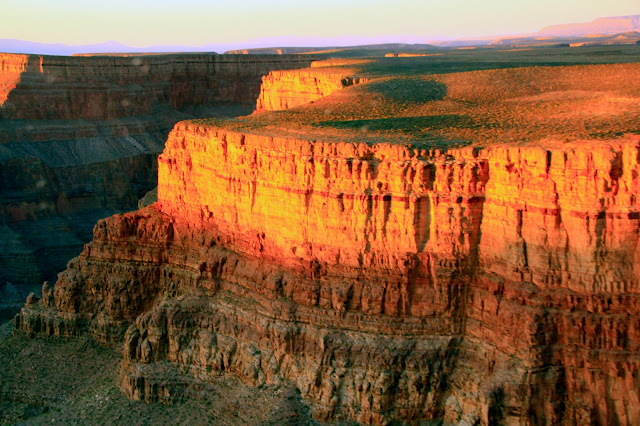 The rest of the journey back to Las Vegas is best described by the following shots. 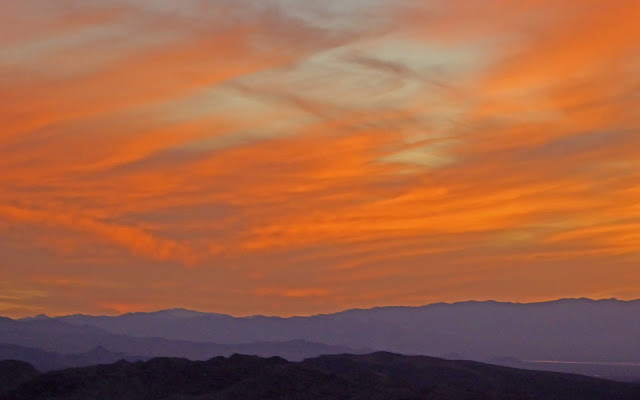 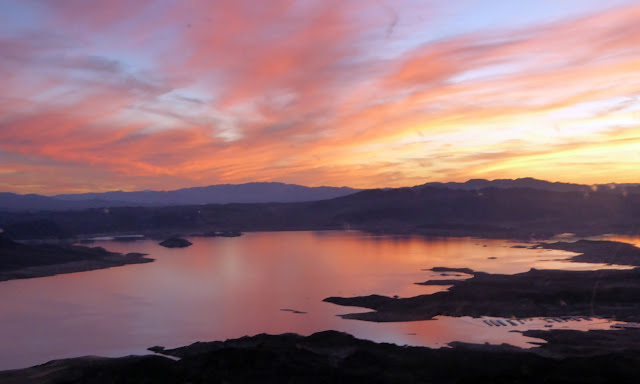 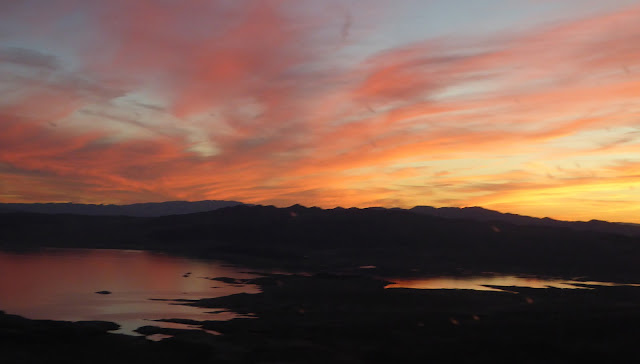 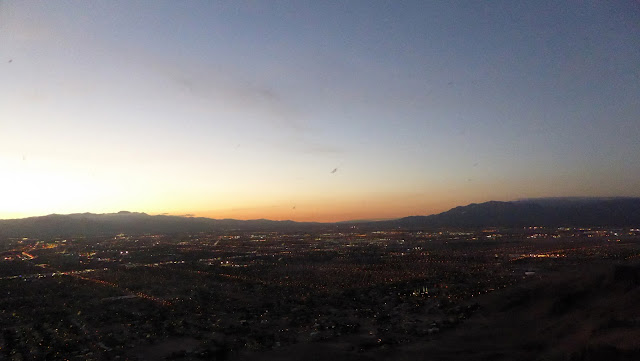 This was a truly amazing experience and so glad I took the opportunity to do this trip, especially with my friends Kenny and George. 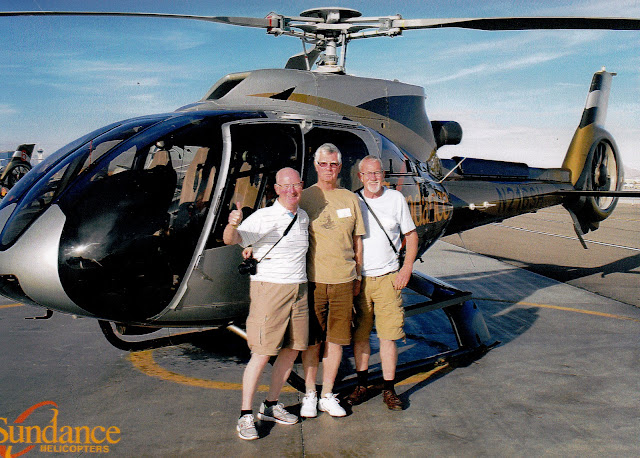