I was busy doing some chores around the house late morning when I received a text from Tootlepedal asking if I was up for a stroll, I was and suggested we go on one of our favourite walks up by Whitshiels. We met at the Langholm Bridge and carried on up the riverside at the Kilngreen stopping off to take the odd shot.


Looks like the boys are eyeing up next seasons talent. 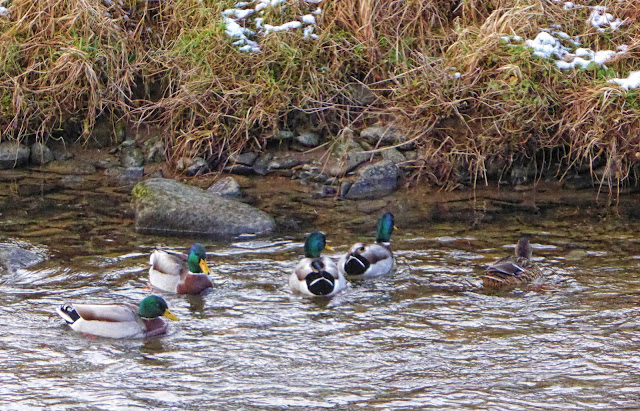 We carried on up to Whitsheils and up  the track that leads on to the hill when I spotted this strange white fungus growing on a tree stump. 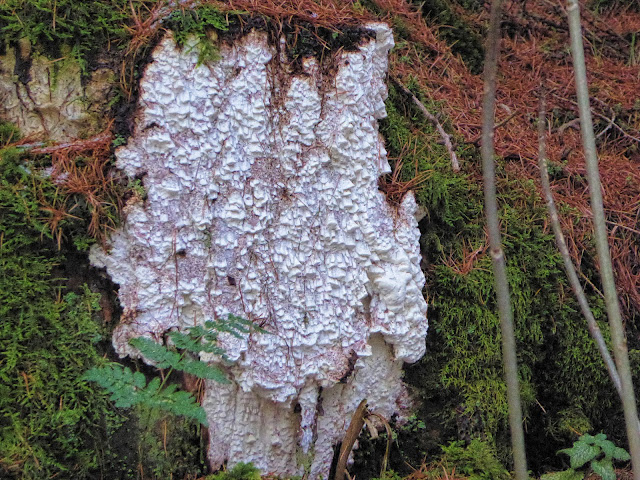 We  went a little further on and came to what I consider Tootlepedal's favourite gatepost and stopped to try and get a decent close up of the little red flowers on the fungus growing on the post. They are almost invisible to the naked eye and very difficult to get a good shot, maybe we should come back sometime soon with tripods etc and just concentrate on the post alone, anyway the following are my attempt. 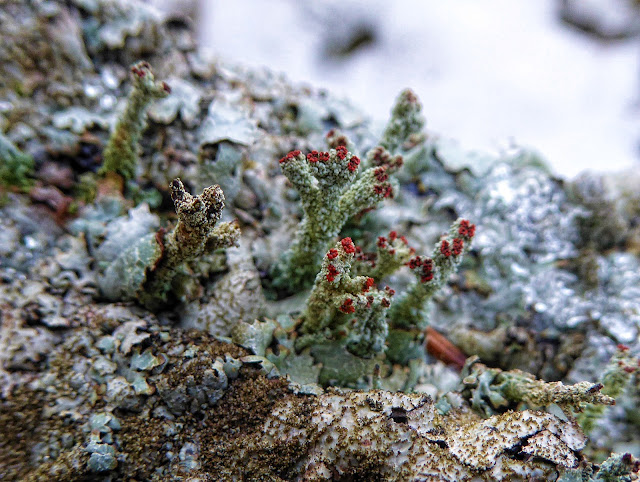 It would've been better if the foreground florets had been in focus. 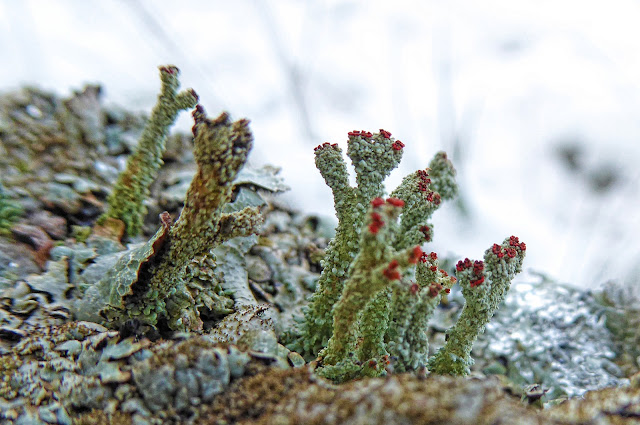 I put a burst of flash on this one. 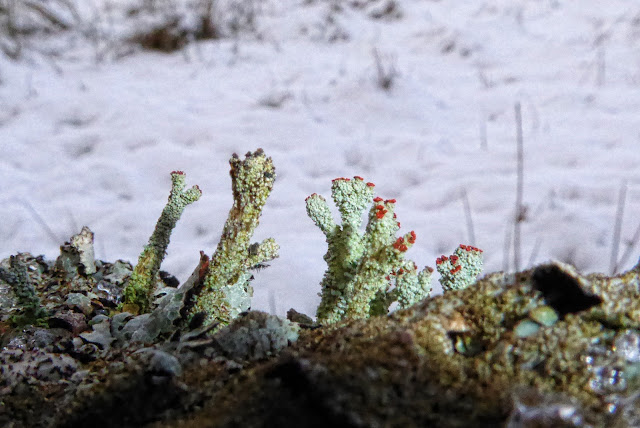 Flash a little bit off subject. 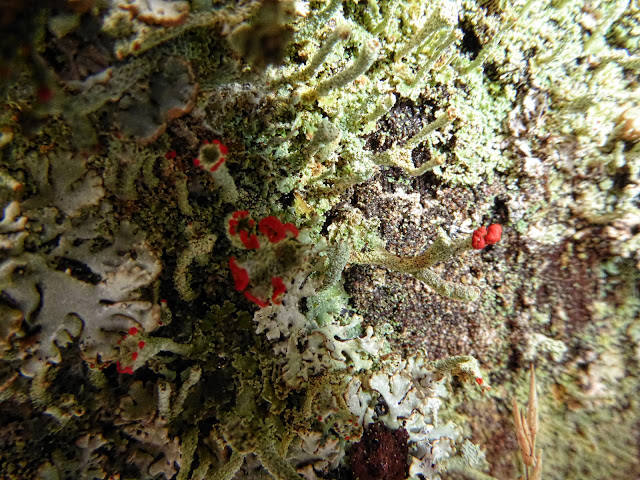 ......looking over the valley the turbines were at a standstill. 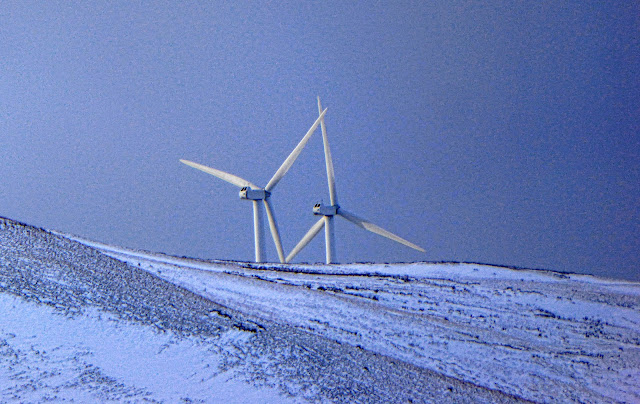 The Ewes Valley always looks magnificent at anytime of year,

We've been past and photographed these tree sisters so many times they seem like old friends. 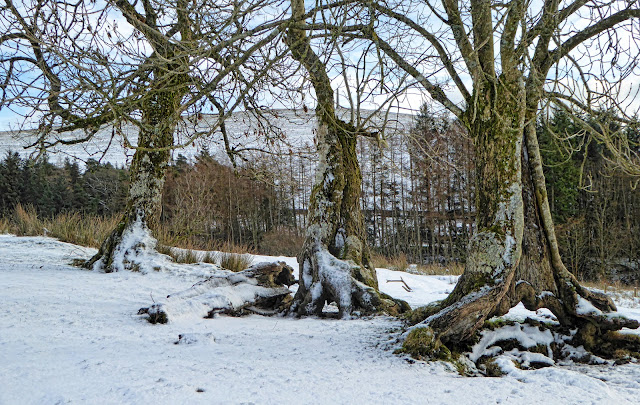 Moving on up the hill we were amazed at the variety of animal tracks in the snow, giving a good indication of the diversity of wildlife on the moor. 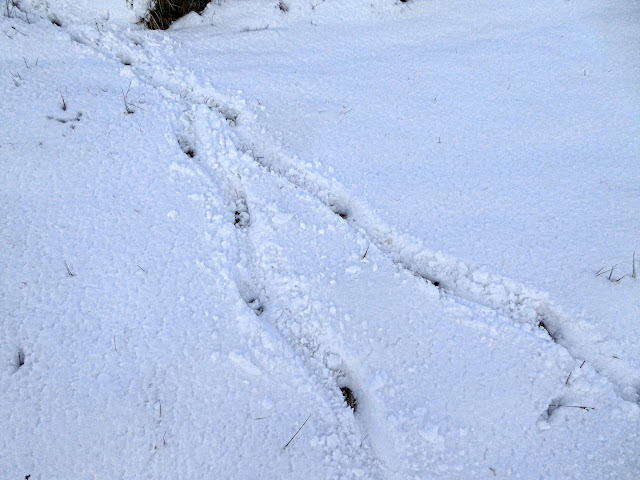 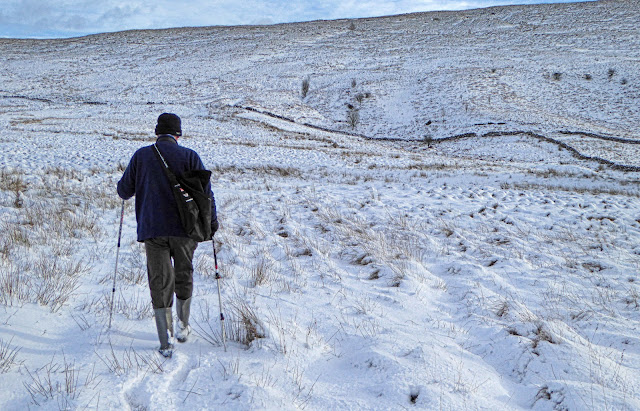 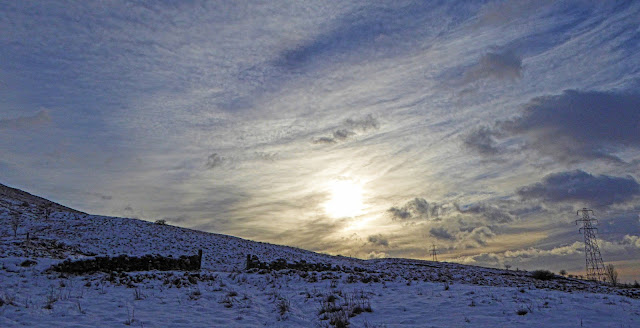 We made our way back down the road with some care... 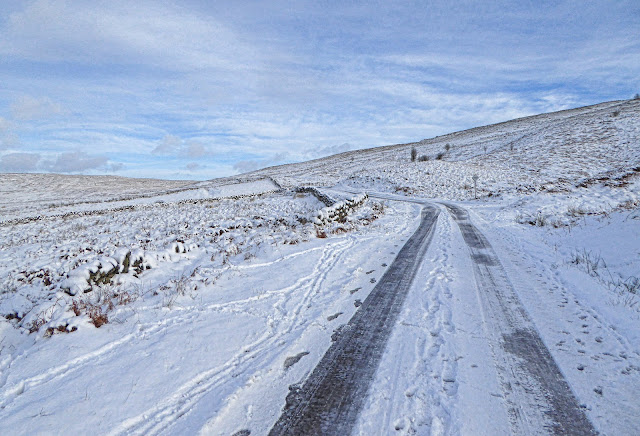 .....then headed off along the side of Whita towards the golf course. 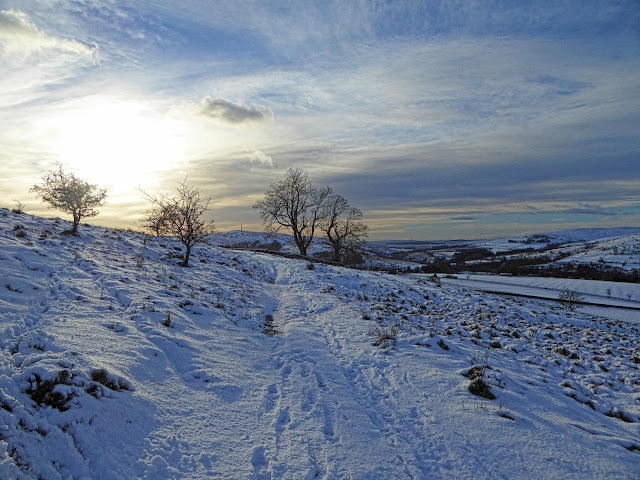 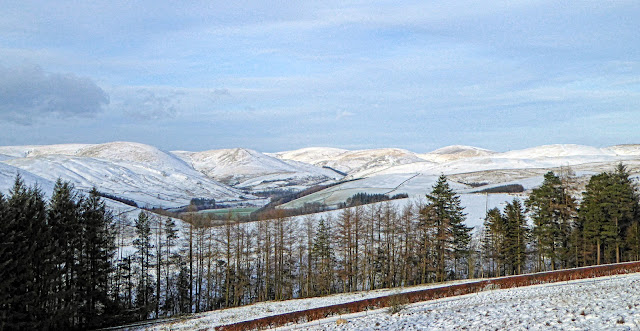 ......moving on to be confronted by a rather grey Langholm. 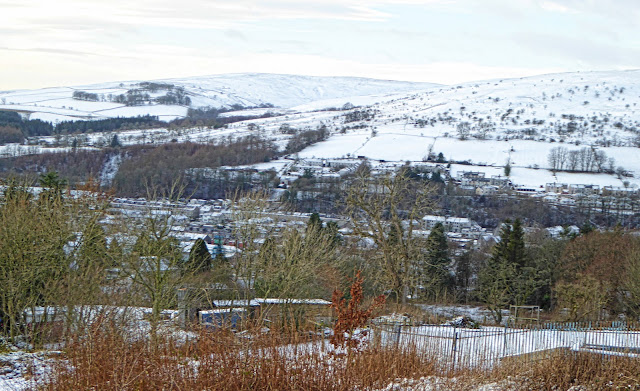 I left Toolepedal on the High Street hoping for the local town bus to come along and pick me up, which it didn't, so my walk was slightly extended. This was a walk that we both have done on numerous occasions but it never disappoints, today's walk in the snow was like going on a different walk altogether, very satisfying.
Posted by Sandy at 15:03